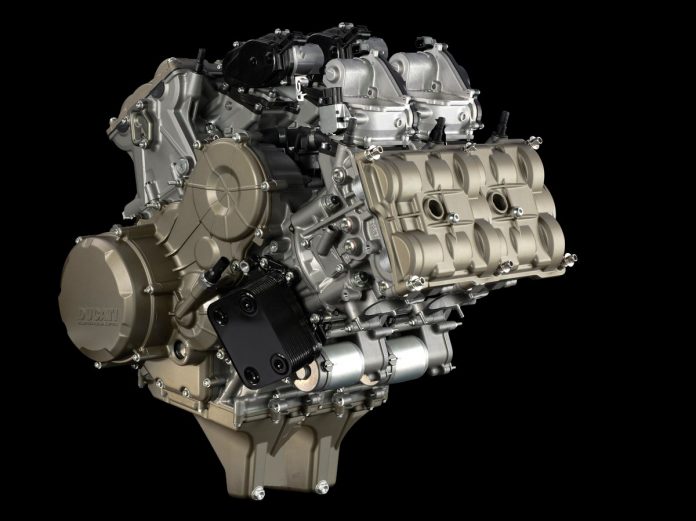 You’ve probably heard of the terms “short-stroke,” “long stroke,” “oversquare.” But what do they mean? How about short-stroke versus long-stroke then?

We always see this in spec sheets:

How do they influence engine performance? 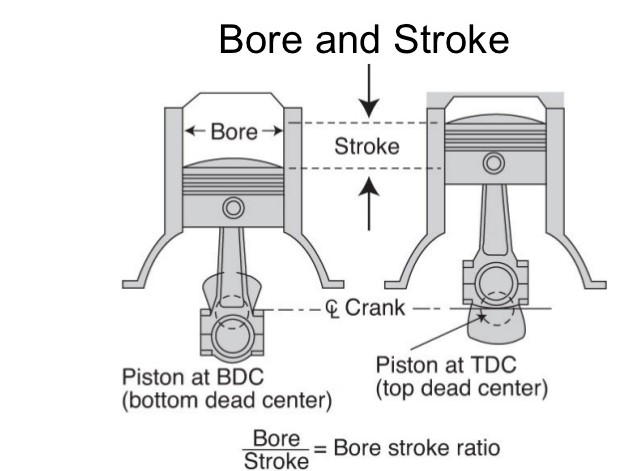 No, it’s not about Formula 1, although bore figures do apply to their engines, too. Bore is the width of the engine’s cylinder (inside which sits the piston). In other words, how large is the hole when viewed from above.

What is “short-stroke” or “oversquare”?

Refer to the first figures above. So, since the bore is bigger then the length of the stroke, the engine is called “oversquare” or “short-stroke.’

What is “undersquare” and “long-stroke” then?

Now, refer the second figure above. The bore is smaller than the length of the stroke, thereby, the engine is called “long-stroke” or “undersquare.”

Wait, there is another square

Yes, there are engines with identical bore and stroke sizes. These are typically called “square” engines. No, it doesn’t mean mean the pistons are square in shape! Go ahead and laugh because a technical person at a car company told me that a square engine means the pistons are square, as were those in the Suzuki RG500 “Square Four”. He was serious and defended it to the death.

There are two things involved here: One is the combustion chamber’s area and the other is piston speed.

A bigger bore makes the combustion chamber wider, hence it can be fitted with more valves. More valves allow more air-fuel mixture in and exhaust gasses out over a shorter period of time. So, the more fuel-air mixture you can put in and the exhaust gasses extracted, the more power the engine makes.

Secondly, the piston travels a shorter distance, hence its maximum speed called “piston speed” is lower. A lower piston speeds means the engine can be taken to higher revolutions (RPM). The higher the RPM attainable the higher the horsepower.

However, you can’t put in too much air-fuel mixture at lower RPMs as the engine will “choke.” Since the flame travels at fixed speeds, it could burn all the mixture in time to all the ends of the combustion chamber. The combustion will be incomplete, lose power and drivability suffers.

Manufacturers overcome this by installing more than one spark plug to burn the mixture, returning some of the low-end torque. Fuel injection could leaned out but too lean a mixture will again lower engine power and make the engine hot, since there’s less fuel molecules to transfer the heat to.

Wait just a second there: It doesn’t mean high-revving engine produce less torque. It was certainly true for the old carbureted bikes, but modern bikes with fuel injection do produce high torque as well, albeit at higher RPMs.

Instead, long-stroke engines produce higher torque at lower RPMs. For example, the Sportster produces 73.2 Nm of maximum torque at 3,750 RPM, while the Street Triple produces 78.6 Nm at 9,350 RPM.

A longer-stroke cylinder usually has a narrower combustion chamber. That means it has lesser space for valves. Fewer valves means lesser fuel-air mixture and that puts a limit on power.

A long-stroke also means that the thrust faces of the piston are presented to the cylinder wall for longer periods of time, therefore creating more frictional losses. To overcome this, you need to use a longer conrod, but that only means needing to located the crankshaft lower and makes for a tall engine. The longer conrod will also add to inertia. 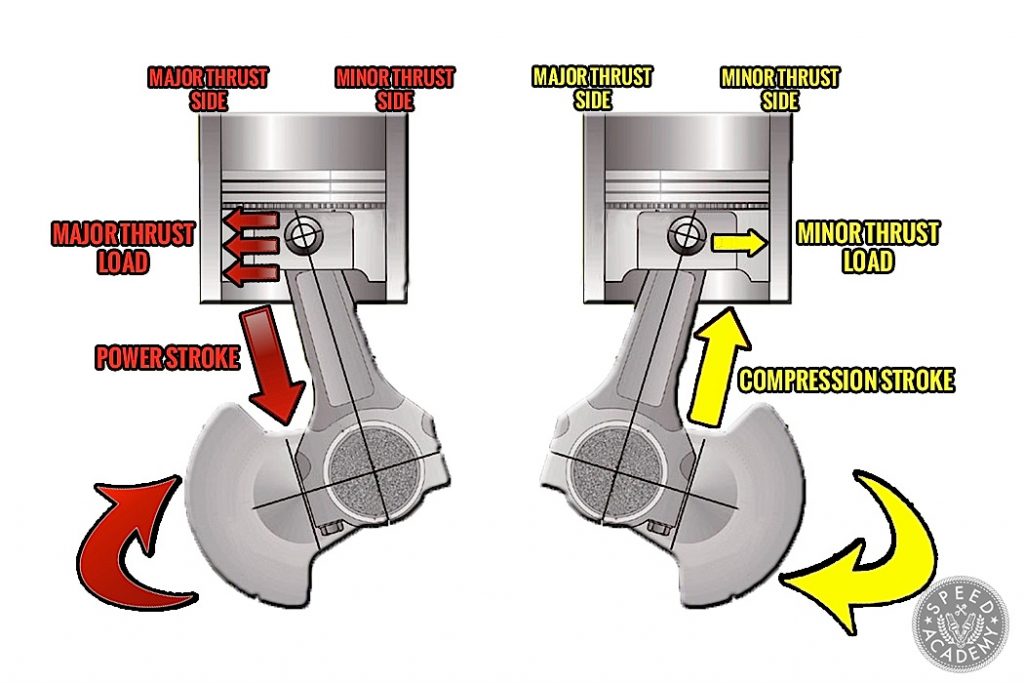 Also, piston speeds are higher. Piston speed is the test of strength of the piston and connecting rod (conrod) subassembly. Higher speeds, thus inertia, would tear the connection apart. As such, the engine has a lower lower maximum RPM, putting another limit on horsepower.

So, is oversquare or undersquare better?

It depends on what kind of riding you want to do, which boils down the type of bike you want to own.

Oversquare engines are found pretty much on every type of bike other than heavyweight cruisers. The type of engine provides the power for speed. 1000cc superbikes usually have much bigger bores compared to bikes of other categories.

Undersquare engines are used in heavyweight cruisers as the provide the torque to get the mass going and feel relaxed besides saving fuel when riding at highway speeds. Indeed, the Harley-Davidson Milwaukee Eight Big-Twin turns over at only 1,500 RPM at 110 km/h, while the Honda CBR1000RR’s 1000cc inline-four does it at 4,500 RPM. That’s not all, the torque of the Big Twin kicks in instantaneously compared to a superbike’s. You have to ride a sportbike and a Big Twin side-by-side to experience this.

Oversquare is also more popular among manufacturers as it’s easier to increase engine capacity, since widening the bore takes less work than elongating the stroke. Widening the bore only requires “overboring” i.e. cutting away material in the cylinder wall. Elongating the stroke, on the other hand, requires re-dimensioning the piston, conrod, cylinder, engine block, among other things.

Please be aware that these the just the basics. Manufacturers have experimented and used many other methods to overcome these advantages and deficiencies. We’ll touch on each, eventually.