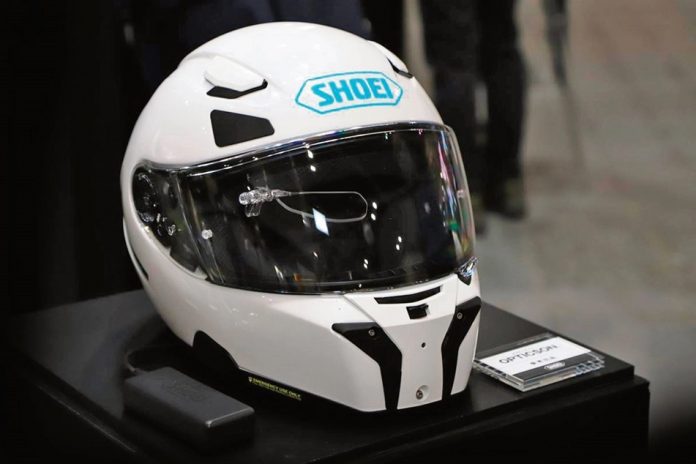 The idea of integrating a head-up display (HUD) inside a motorcycle helmet isn’t a new concept. Despite a multitude of false starts – the ill-fated Skully brand comes to mind – the tech looks set to come back in a big way if reported developments of the Shoei Opticson helmet is anything to go by.

The Japanese helmet giant demonstrated the HUD-equipped Shoei Opticson helmet recently at both the Osaka and Tokyo motorcycle shows, which indicates a strong chance that we may see this futuristic tech hit store shelves sooner rather than later.

The HUD tech on its own isn’t new either, but this military-born tech only found its way into cars sometime in the 1990s. Thanks to the rapid evolution of portable computing power in the last decade, this has made the idea of an affordable, lightweight and robust HUD for bike helmets possible.

Shoei first demonstrated their version of the concept at CES in Las Vegas back in 2019. Clearly, the project has since progressed significantly under the name ‘Opticson’, to which Shoei have trademarked, indicating their commercial intentions with the project. 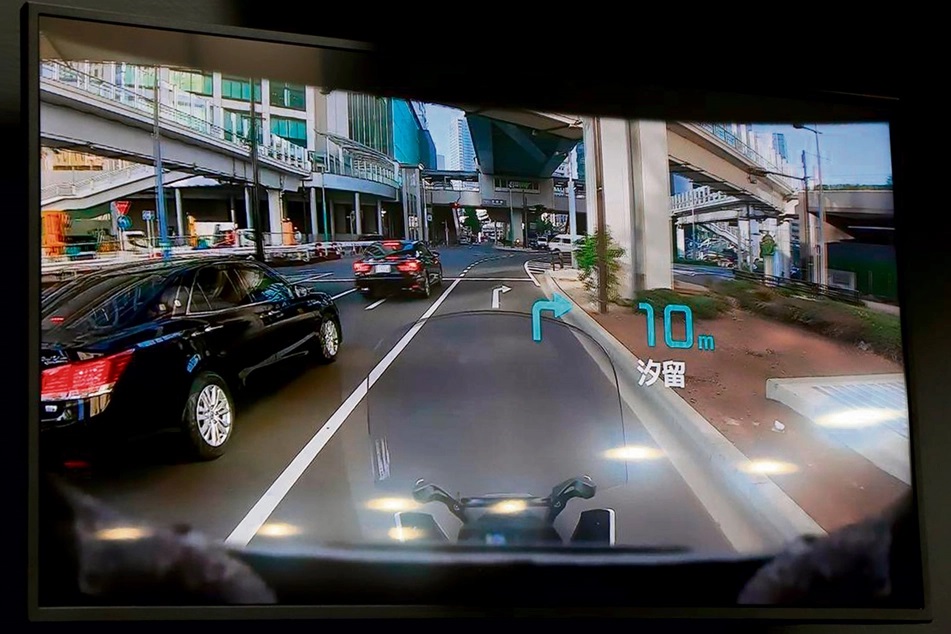 Essentially, the tech is straightforward enough: an inverted image of whatever you want to see on the HUD is projected onto a semi-transparent, angled surface (called the combiner) in front of your eye, so when you see its reflection it’s the right way around.

Furthermore, the focus is set to appear as if the image displayed is hovering some distance ahead of you, thus ensuring a sharp even when you’re looking ahead at the road. Of course, the challenge here has always been executing the packaging of it all, including the computing systems and power source required, into the confines of a helmet.

In the Shoei Opticson, the firm managed to mount their projector section into the helmet’s chinbar, which fires the image up to a combiner placed on a multi-adjustable bracket that hangs down just in front of the rider’s right eye.

Unlike other HUD tech seen prior like the Skully helmet and the Nuviz add-on system, Shoei’s combiner unit is totally separate from the projector, and it can be flipped up out of sight when not needed. The bracket also has X and Y axes adjustments to suit different head shapes and eye positions.

Crucially, especially in this day and age, the Shoei Opticson system is enabled with smartphone connectivity, so it doesn’t require its own GPS and mapping to offer navigation functions, which is clearly the most notable application for the technology.

A Bluetooth connection plus an app are used to in allowing your phone to convey navigation info via simplified turn-by-turn display on the HUD. Basic info such as speed, distance to the next turn and indications of which lane to use were also demonstrated at Shoei’s Osaka and Tokyo Show stand.

Though it has been three years since the original version of the idea was first shown, the fact that fully working prototypes were already shown off in Japan this year proves that this project is indeed moving rapidly.

In the meantime, Shoei and their tech partner NS West Inc, have already filed several patents around the system. Surely, the era of the HUD-equipped helmet, overdue as it is, might soon actually be upon us, and the Shoei Opticson is poised to lead this charge.