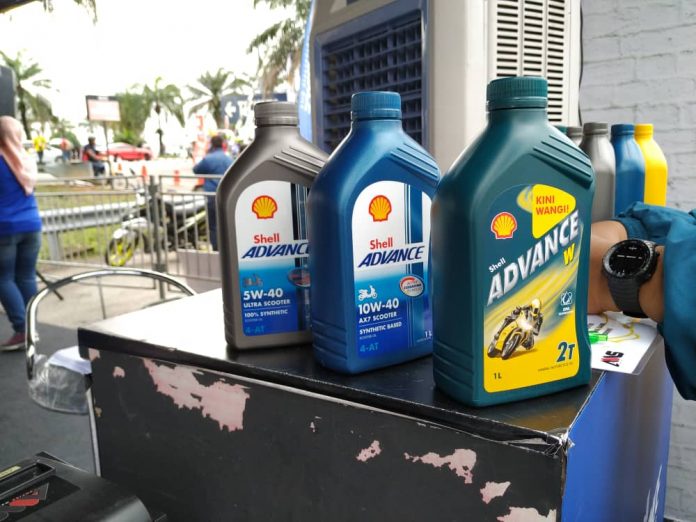 The issue of counterfeit lubricants is certainly not new in this country and it isn’t limited to a single brand, either. Criminals target the most popular brands, because they are business people too but unethical. This is why sometimes exists the perception that there’s widespread existence of counterfeit items being sold in the market.

For this, Shell conducted a research in 2018 to check for illegal lubricant proliferation. They procured samples from online portals and hypermarkets that were tagged as “genuine” Shell products. Samples were sent to their labs and 12 bottles were found to be counterfeits.

Counterfeit products not only create bad publicity for a company and its dealers, it may come down to being downright harmful to consumers, as well. Imagine using inferior lubricants in your engine. Or worse, other consumables such as brake fluid!

Shell organized a special workshop for more than 100 officers from the Ministry of Domestic Trade and Consumer Affairs (KPDNHEP) and Royal Malaysian Customs. The objective was to impart the knowledge to differentiate the genuine and counterfeit products, especially when they carry out raids.

Shell advises that official and genuine Shell lubricants for the Malaysian market are marked with a “Untuk Pasaran Malaysia” label together with a QR codes that can be authenticated via the SHARE website (http://www.shell.com.my/share).

Consumers who suspect they may have purchased counterfeits are advised to contact Shell Customer Service immediately at 1-300-88-1808 or email to generalpublicenquiries-my@shell.com.