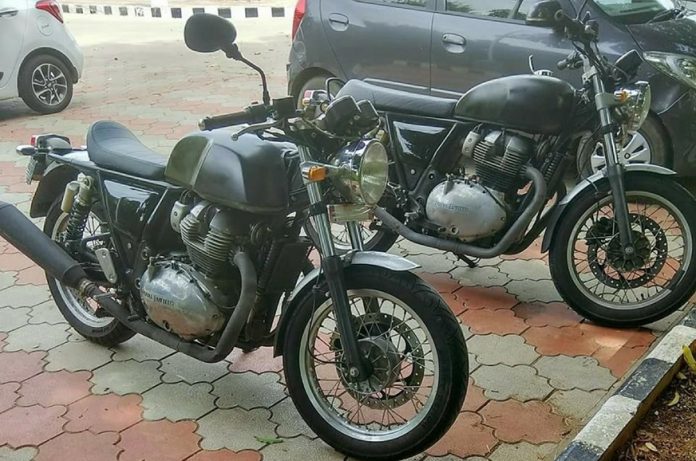 Spyshots of the Royal Enfield twin-cylinder motorcycles have been circulating around the internet for some time now, more or less confirming the manufacturer’s claim of working on a twin-cylinder engine, Autocar India reported.

It’s also obvious that Royal Enfield are also working on different models around that twin-cylinder engine, as evidenced by the photo above. The model in the foreground appears to be a cafe racer-styled model, while the one on the right looks to be a standard model.

The cafe racer has a rounded fuel tank with deep knee recesses, and a single seat. The standard model has a bench seat, which is offered as an option to the current Continental GT 535 buyers.

Apart from those features, both bikes are mechanically identical. The engines of bikes appear to be the same air- and oil-cooled parallel-Twin. The suspension and brake components looked to be identical, too.

Building many different models based on one engine or chassis platform saves development and production cost, while customers enjoy lower maintenance costs as most parts are shared amongst a few models.

Although widely speculated as 750cc, Royal Enfield has not officially confirmed it to be so. But, the mule has been testing extensively in Europe before being tested in India. Royal Enfield sold 651,107 bikes in India alone, compared to 15,383 exported last year. However, the current 500cc and 535cc variants made up less than 10% of the domestic number; the bulk of the sales were the 350cc models. 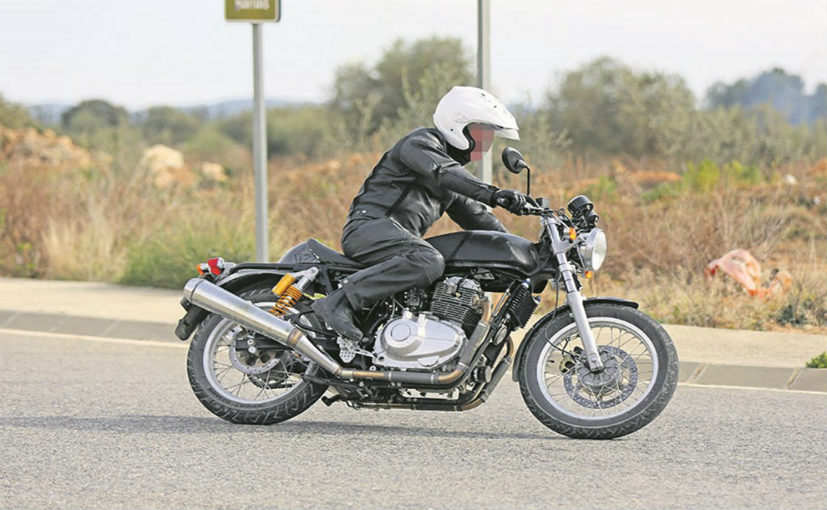 That has lent fuel to the speculation that the new bikes may even feature a capacity higher than 750cc, possibly even going above 800cc to rival Triumph’s best-selling 900cc Bonneville Street Twin lineup.

These new parallel-twin motorcycles are to make their international debut at the EICMA show in Milan this November, with an India launch slated for early 2018.