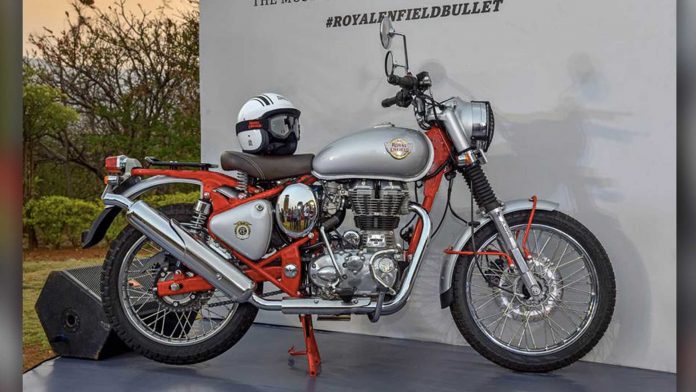 However, unlike the scramblers that are all the rage these days, Royal Enfield went the route of equipping the Bullet 350 and Bullet 500 for off-roading.

Their “Trials” moniker may also be considered a bit misleading in this day and age. That’s because trial bikes are those compact, lightweight and seatless machines that are used to climb over obstacles.

But Trials here allude to the extreme off-road bikes in the 1960s. 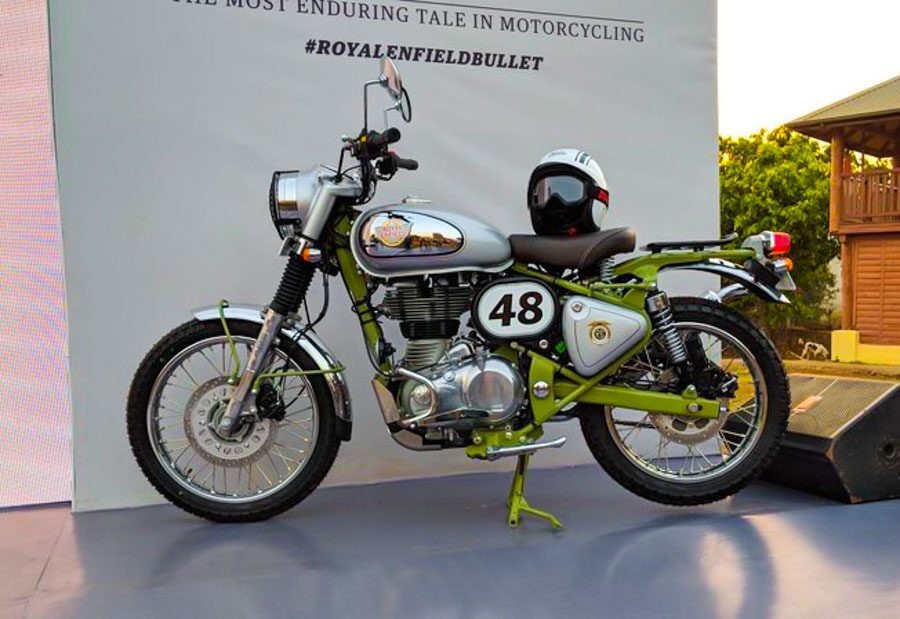 As such both Bullet Trials are equipped with off-road features compared to their roadgoing brethren. The model uses 19-inch front and 18-inch rear wheels, shorter wheel fenders, upswept exhaust muffler, spring mounted saddle, and a luggage rack in place of the passenger seat.

In terms of styling, the tank and panel are taken from the Bullet and so are the engines. However, the headlamp is different, and the handlebar is taller. The Trials 350’s frame is painted in red, while the Trials 500’s is in green.

They look cool, don’t they? Can we get to see them in this year’s Distinguished Gentleman’s Ride?