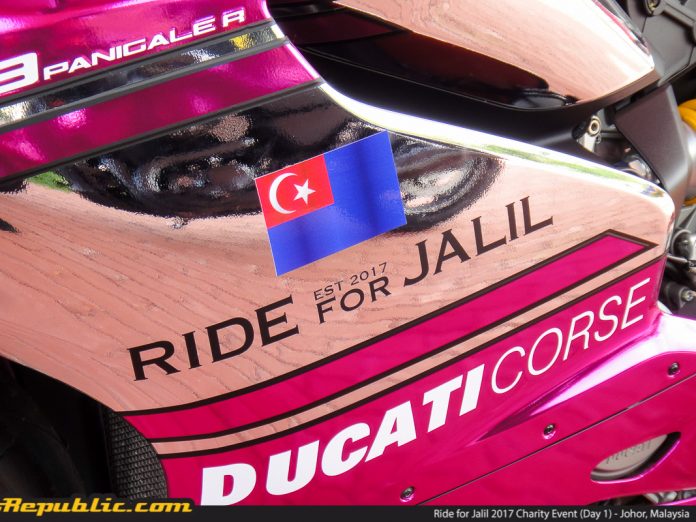 More than 300 superbikers and high performance motorcyclists from across the country rolled around a few parts for Johor for the Ride for Jalil charity fun ride on Saturday. The ride was led by none other than the Tunku Panglima of Johor, Tunku Abdul Rahman and the Tunku Putera of Johor, Tunku Abu Bakar. 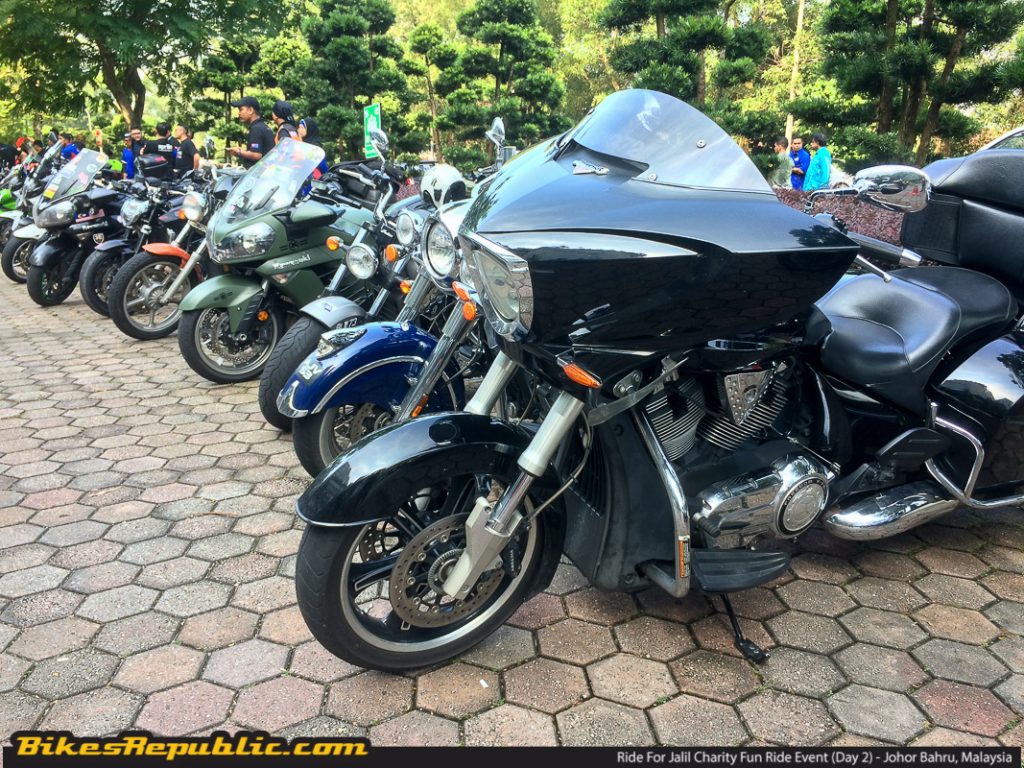 The event continued on to the second day at the Renaissance Hotel in Johor Bahru where they conducted a few other activities to raise more funds for the Tunku Laksamana Johor Cancer Foundation (TLJCF). 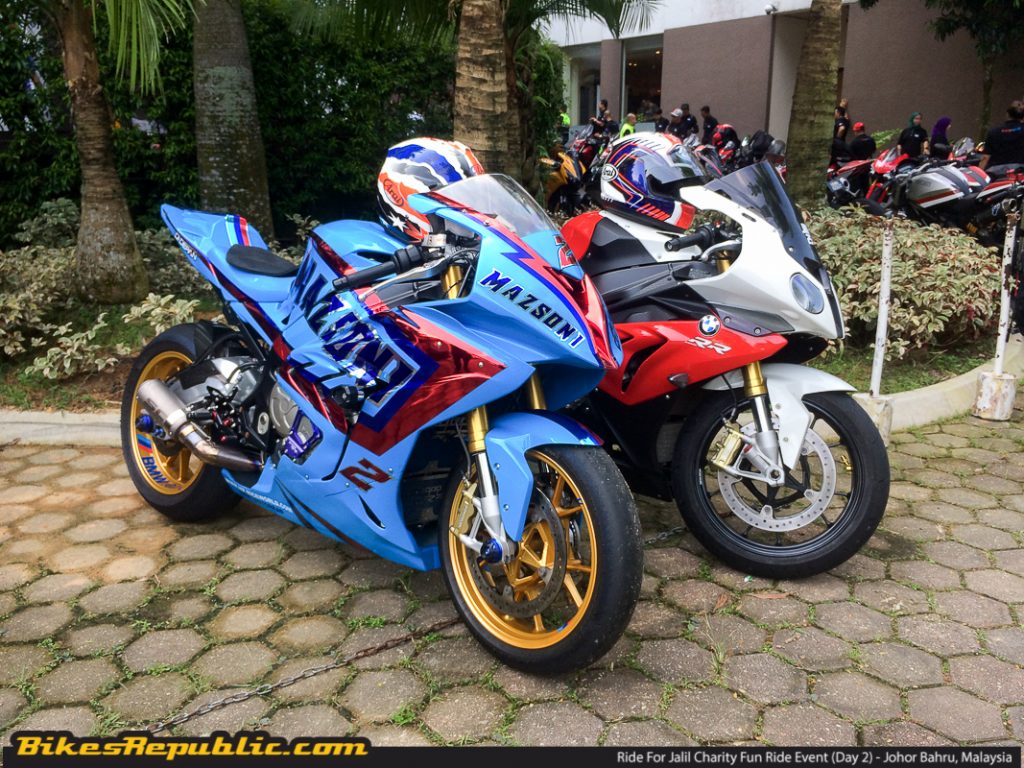 Things kicked off with a montage about the happenings from the day before where the entire convoy started the ride from the Muar Stadium to Hamawangsa Auto Mall, Batu Pahat. They then continued to Dataran Kluang and the last stop of the convoy was the legendary Johor Circuit in Pasir Gudang before everyone rolled over to Johor Bahru for some rest and relaxations at their designated hotels. 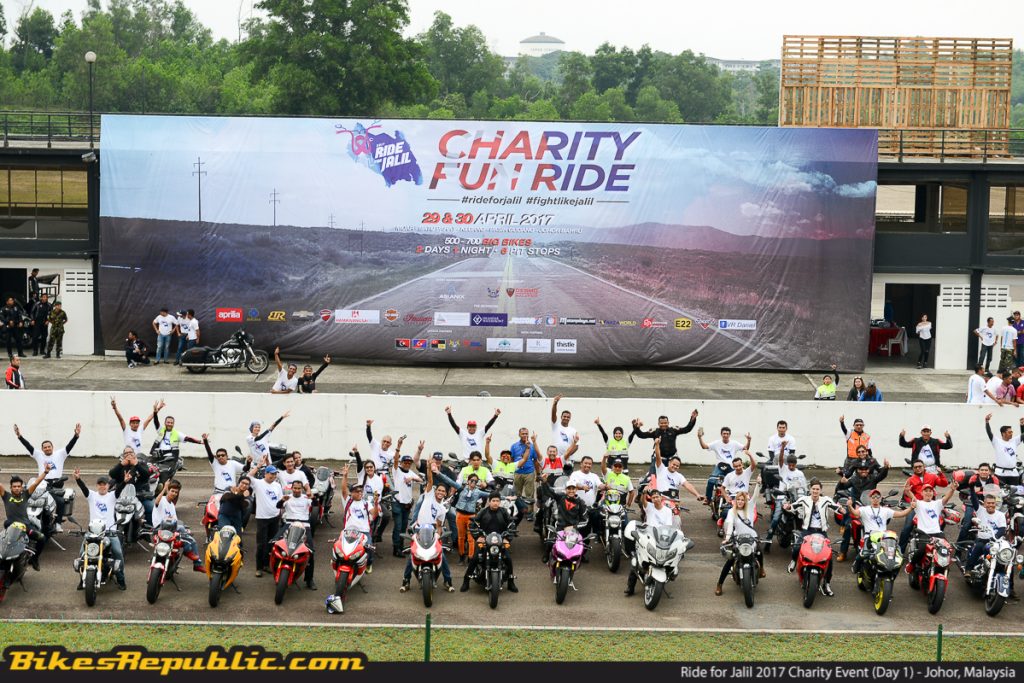 CLICK HERE to check out what happened during Day 1 of Ride for Jalil Charity Fun Ride. 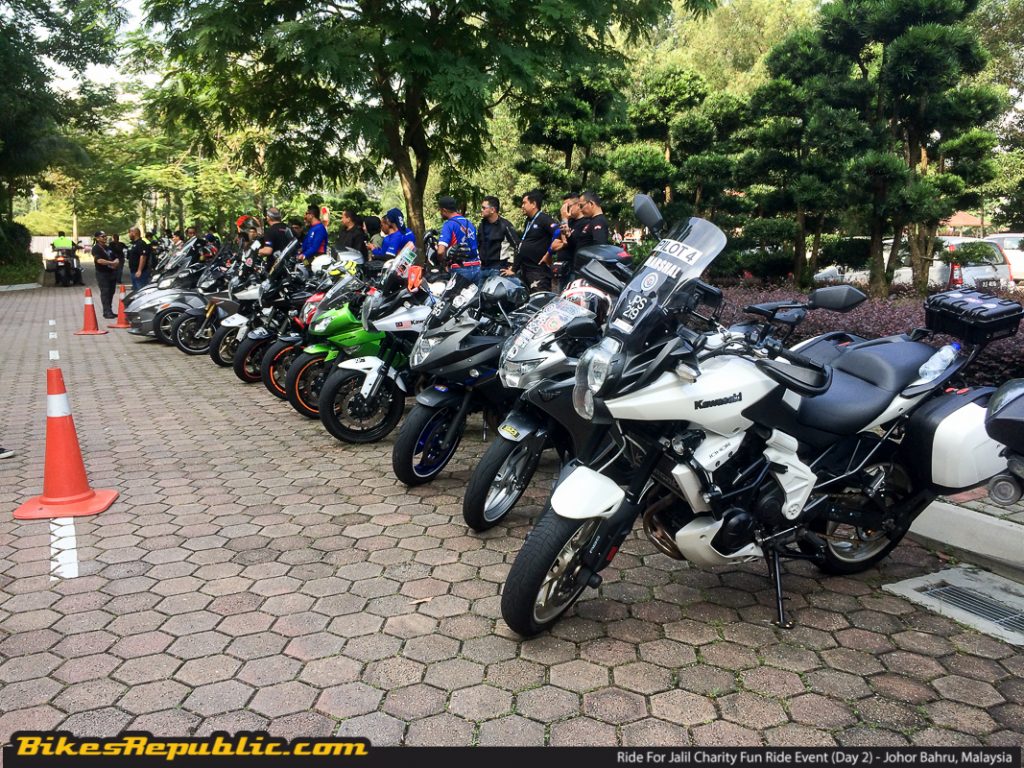 During lunch, there was a moving performance by none other than Black where he sang a few songs but the first “Jeritan Batinku” really motivated the soul. Local comedian Harith Iskandar then stepped up to the mike to lighten the mood a bit with a comedic skit related to motorcycling as well. 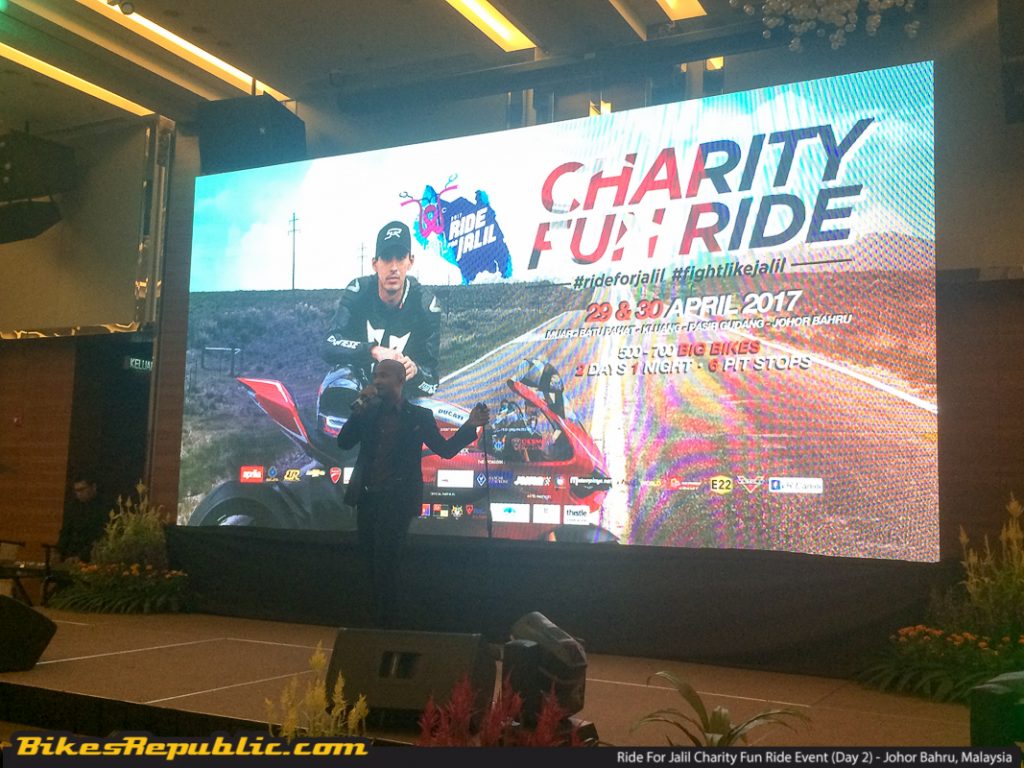 The day continued with an auction session handled by the world’s funniest man himself, Mr Harith Iskandar. The auction session started off with a few valuable items and memorabilia donated by the JDT Football team which included a football jerseys and a football signed by the whole team, figurines, a pair of football boots and a JDT smartphone. 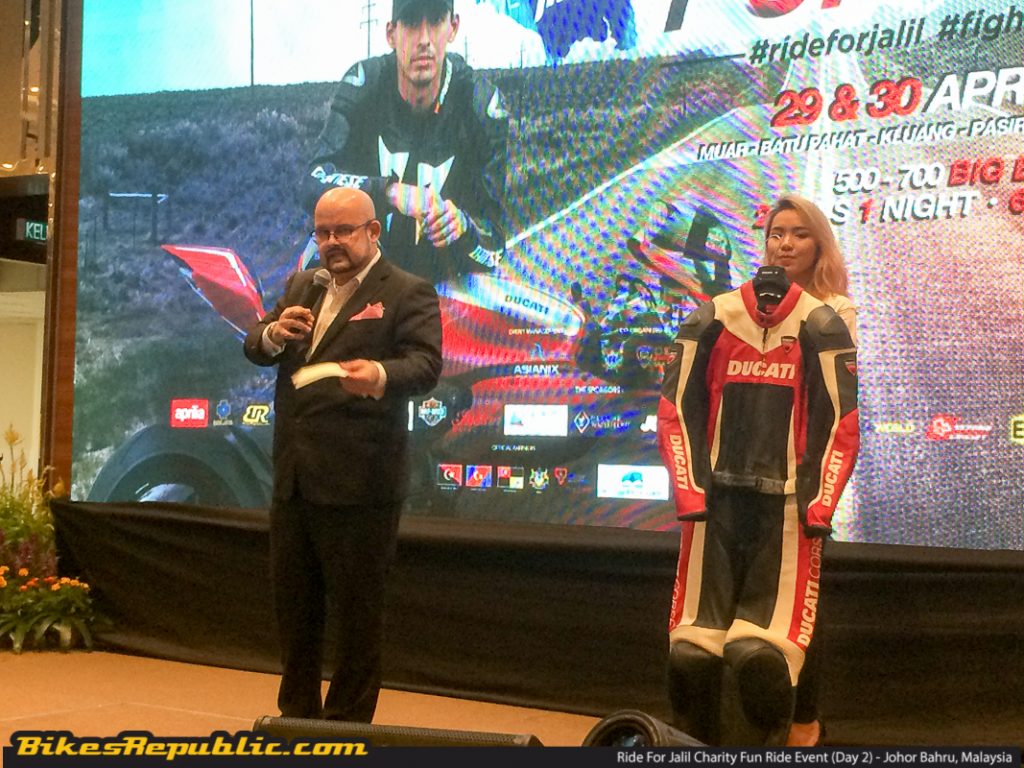 The second part of the auction involved motorcycling gear donated by Tunku Panglima of Johor himself which included a pair of Dainese gloves which he wore during the Saturday’s ride, a Ducati leather jacket and a full racing suit. All the bids were channelled to the TLJCF all for a good cause. 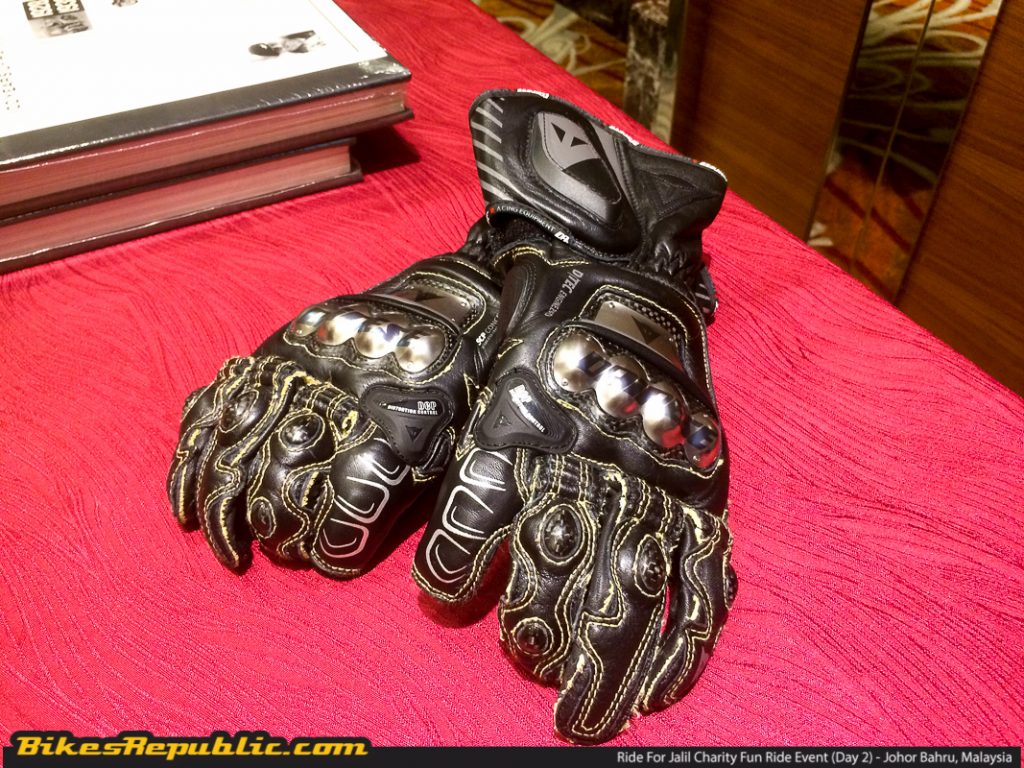 At the end of the luncheon session, the organizers together with Tunku Panglima of Johor announced that they have raised over RM850,000 (RM850,170 to be exact). The ‘Ride for Jalil’ has been proven to be super successful in raising almost a million ringgit in just two short days all for a good cause. 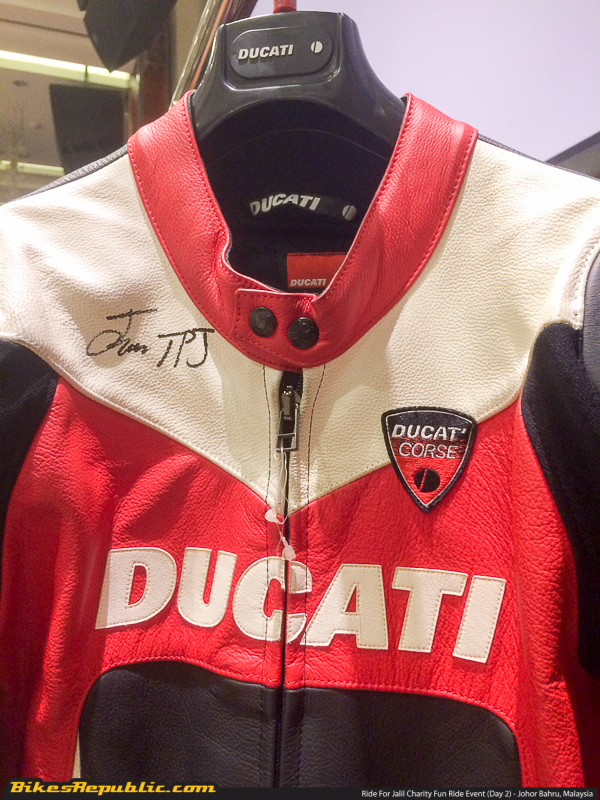 Thank you to those who donated and participated for the event and we’re confident that the Ride for Jalil charity ride will grow into something much bigger and better in the future.