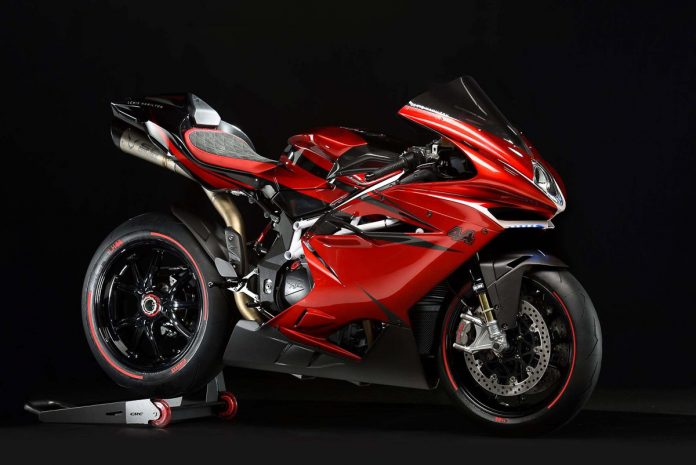 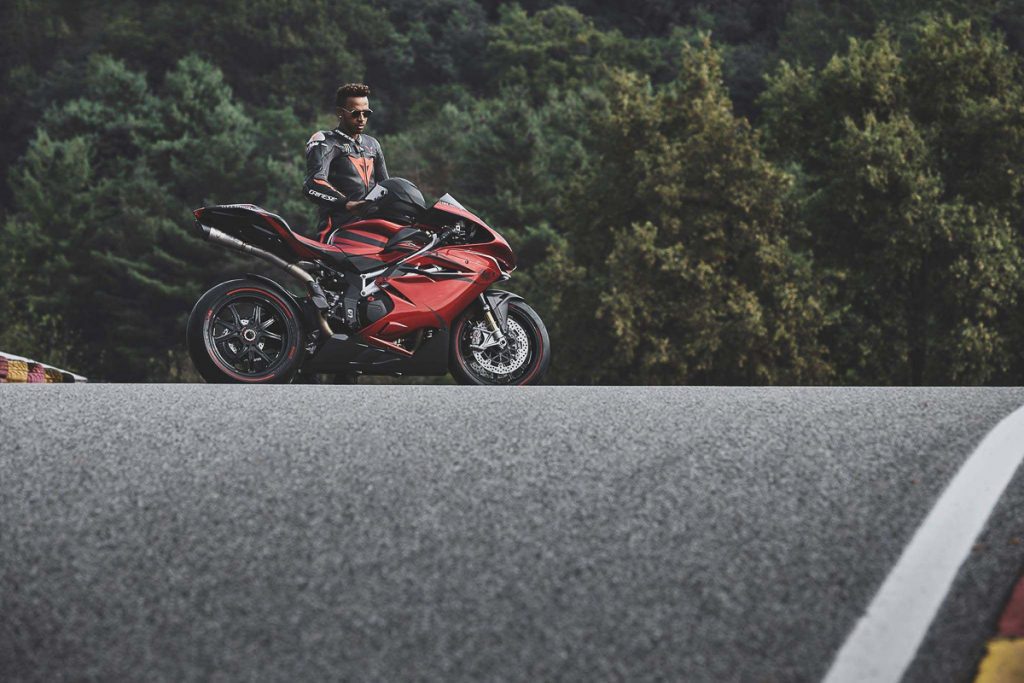 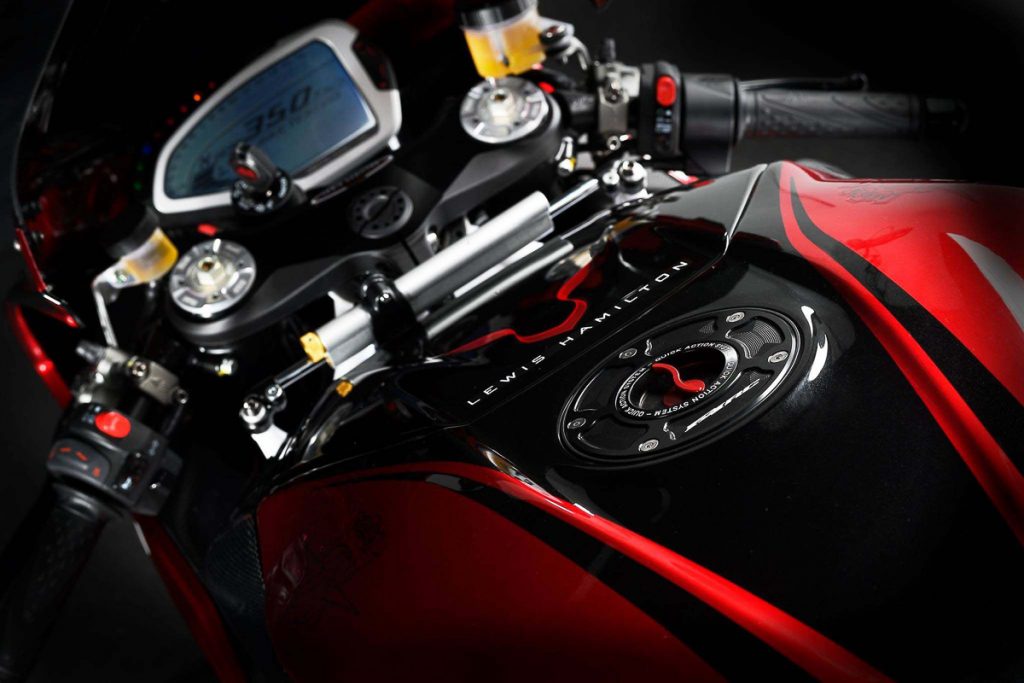 Italian two-wheeled artisans MV Agusta and seven-time Formula 1 world champion Lewis Hamilton have a rather strong affair for each other. This ought to explain some of the limited edition specials made by the former inspired by the latter that exists over the years, like the MV Agusta F4 LH44.

Just 44 units – mirroring the Briton’s signature racing number – of the MV Agusta F4 LH44 were announced and released back in 2017. Now, one of which, unit #34, is up for grabs through auction house RM Sotheby’s. 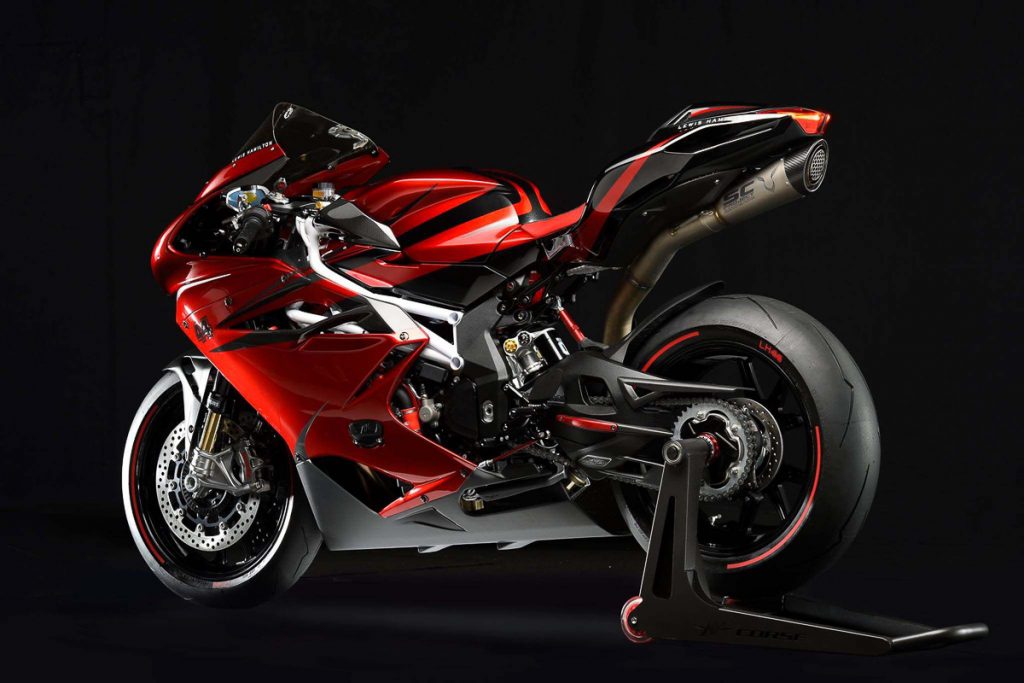 Not only does this unit bear just 5KM – yes, FIVE kilometres only – on its odometer, it’s also being offered by the UK auction specialist at NO RESERVE. To refresh your memory, the limited-run special was introduced with an astronomical price tag of US$60,000 – or around RM200,000.

Besides its limited quantity, said price tag was perhaps justified by the fact that it closely resembles MV Agusta’s F4 RC WSBK homologation special. This means it gets an updated ‘Corsacorta’ version of the Varese brand’s 998cc four-banger delivering 212HP and 115NM, as well as plenty of cool bits like an SC Project titanium race pipe, trick Öhlins suzzies, and more. 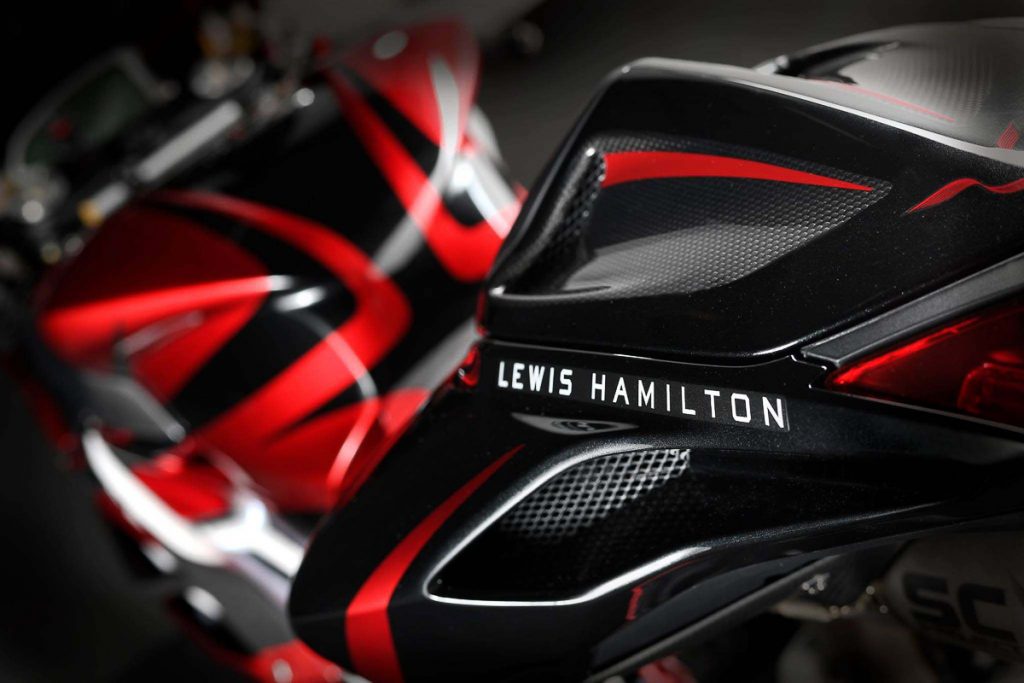 Despite fact that this unit is being offered at no reserve, we would not be surprised to see it fetch more than its aforementioned original launch price given its sheer rarity – as well as the history-making racing figure it is associated with and inspired by.

Anyone keen on a lightly abused kidney for around RM300,000? Proceeds will go into our potential bid for this limited-run beauty…