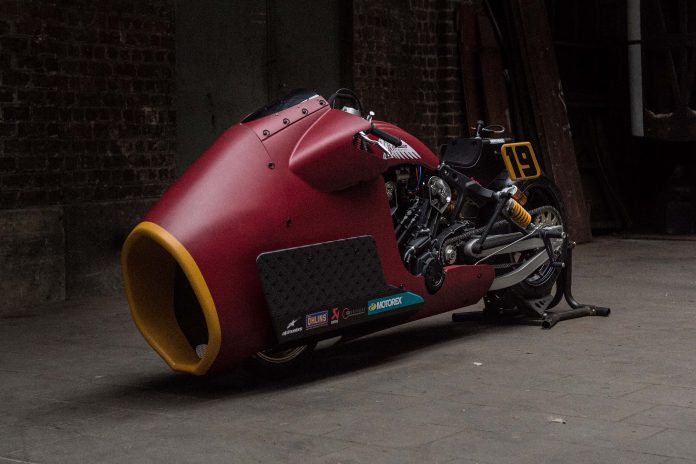 The bike started out as an Indian Scout Bobber and transformed into the “Appaloosa” for the drag race. The collaboration aims to celebrate Indian’s 100 years of the Scout.

To achieve that end, Indian Motorcycle and Workhorse Speedshop installed a dustbin fairing besides installing a longer swingarm. The fuel tank was also modified to be slimmer hence holds only 2.5 litres – enough for a drag race.

The swingarm is controlled by Ohlins suspension items such as STX 36 piggyback shock absorbers. The forks are Retro 43. 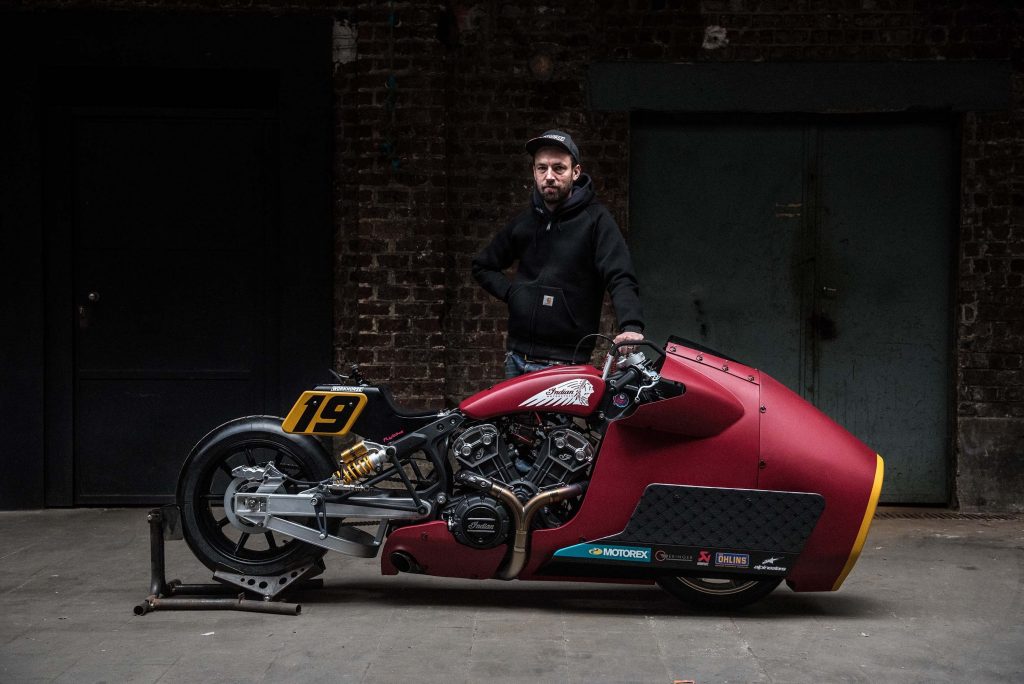 There is also an increase in engine power thanks to an Akrapovic exhaust, racing ECU, Power Commander, direct intake and NOS. The bike is rated at 130 rear-wheel horsepower (approximately 150 hp at the crank). The belt final drive was swapped for a chain. A quickshifter has been added, too.

The Sultans of Sprint is basically a hooligan-style drag race series. It’ll be fun to see Randy Mamola competing on the bike, for sure.