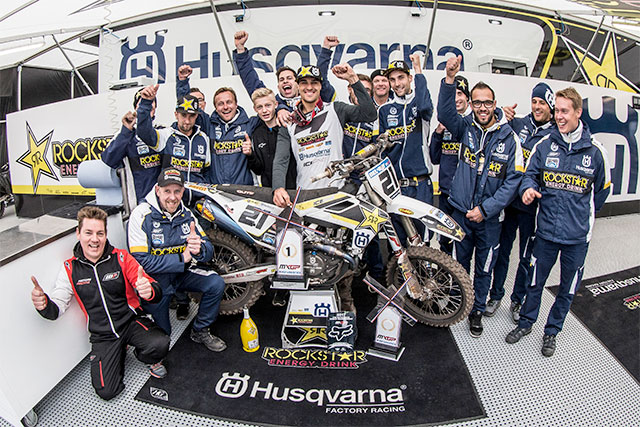 It was a good day for Pirelli in the Netherlands with the majority of their FIM Motorcross World Championship riders scoring top ten positions in the Grand Prix of Europe, Valkenswaard. The biggest accomplishment would be in the form of 27 year old MX rider, Gautier Paulin who emerged as the victor riding for the Rockstar Energy Husqvarna Factory racing outfit.

“In MXGP it is like all out war from the moment the gate drops until the finish flag and that’s something I’m not used to, but we will get there,” Herlings explained, “We are getting the speed and I think there is one thing left and that’s the starts. I felt like I was close today, I was really close to the win and that’s good.”

In the MX2 category, it was Pauls Jonass from the Red Bull KTM Factory Racing squad who made a clean sweep for both races and of course, overall winner. The 20 year old from Latvia fended off other talented riders such as Julien Lieber (LRT KTM) and Thomas Covington from the Rockstar Energy Husqvarna Factory Racing team.

Pauls Jonass is now in the lead of the MX2 championship with 242 points; just 19 points ahead of Jeremy Seewer (Suzuki Racing) with 223 points and Julien Lieber with 197 points.

The demanding track with its sandy and bottom hard composition were not an issue for Pirelli’s Scorpion MX tyre combination of soft rear and medium soft front to capitalize all categories and podium positions.

The seventh round of the FIM Motorcross World Championship will see more action track of Kegums for the Grand Prix of Latvia on 7 May 2017. In the meantime, you can check out the Europ GP race highlights below.