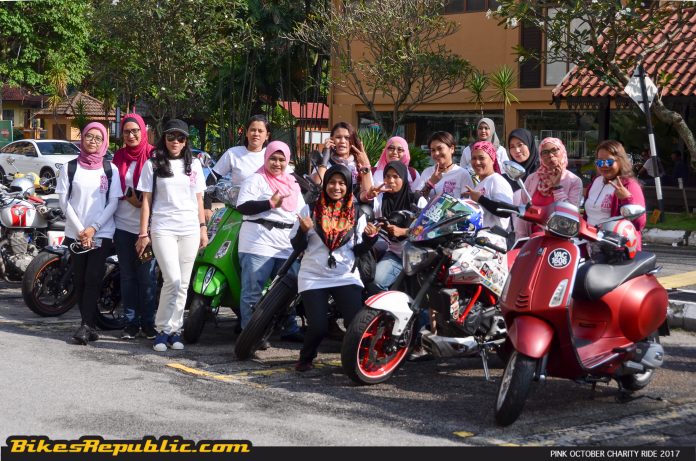 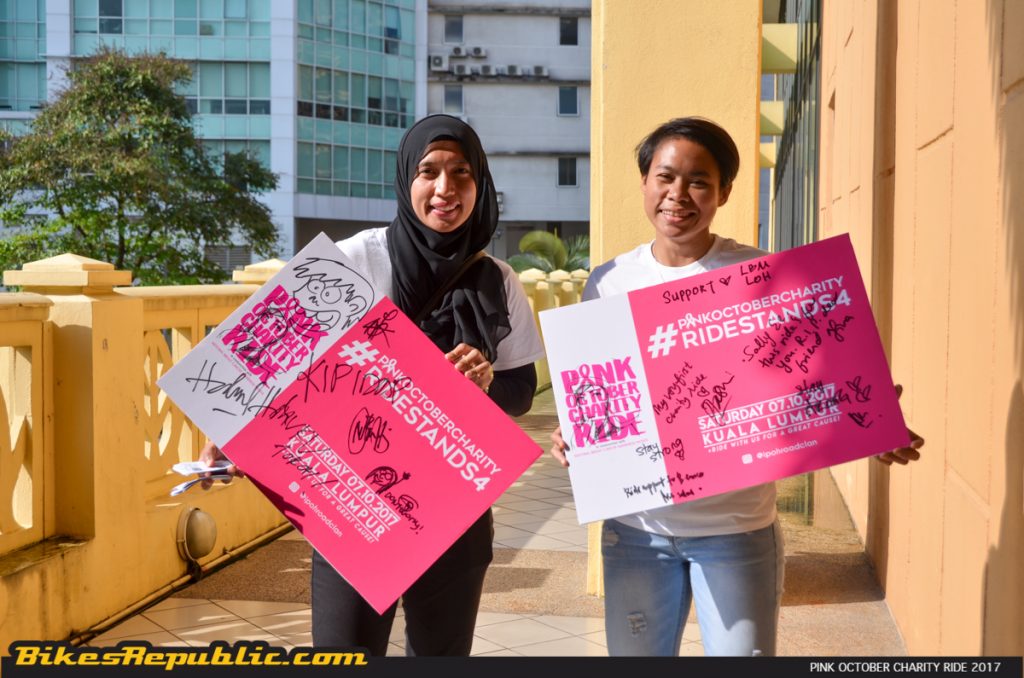 Organised by Hawa Motor Club and Ipoh Road Clan together with support from the Malaysian Cancer Society, and hot on the heels of the Distinguished Gentleman’s Ride (DGR) last month, the Pink October Charity Ride (POCR) 2017 proceeded well today. 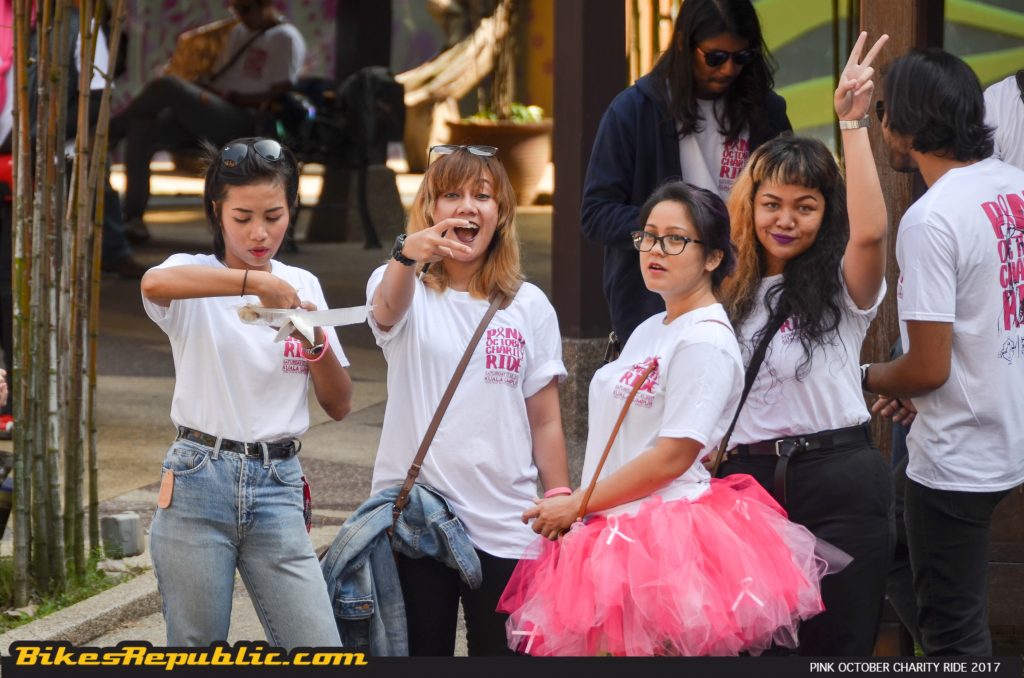 While DGR sought to raise awareness towards prostate cancer in men, POCR’s objective was a campaign to highlight breast cancer research. 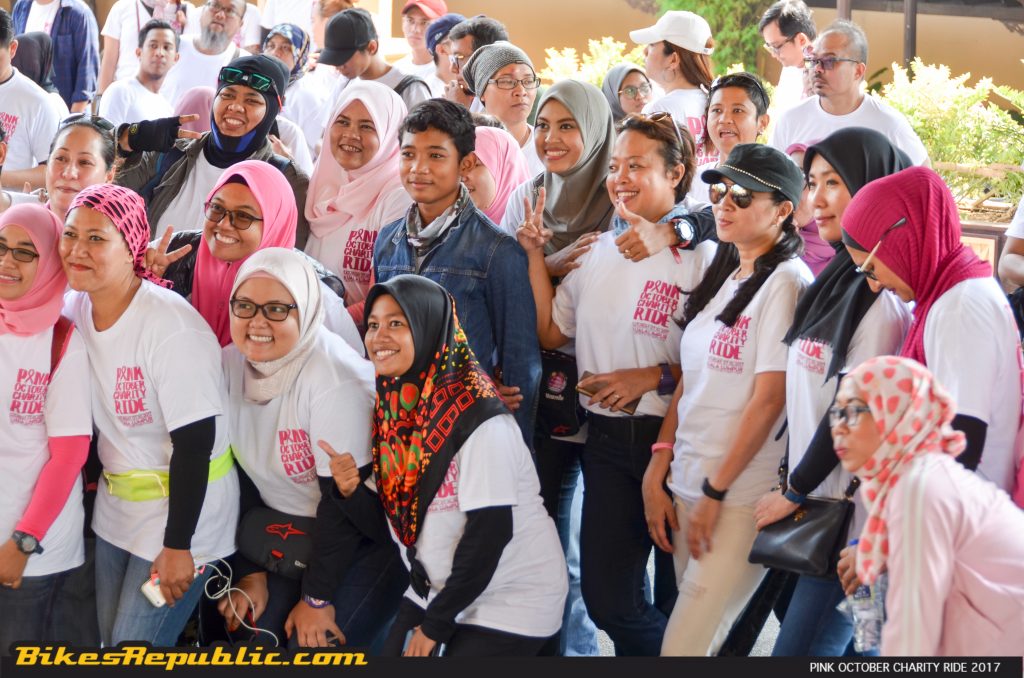 About 200 participants congregated at the Malaysia Handicraft Development Corporation’s (Perbadanan Kemajuan Kraftangan Malaysia) grounds for the flag off. 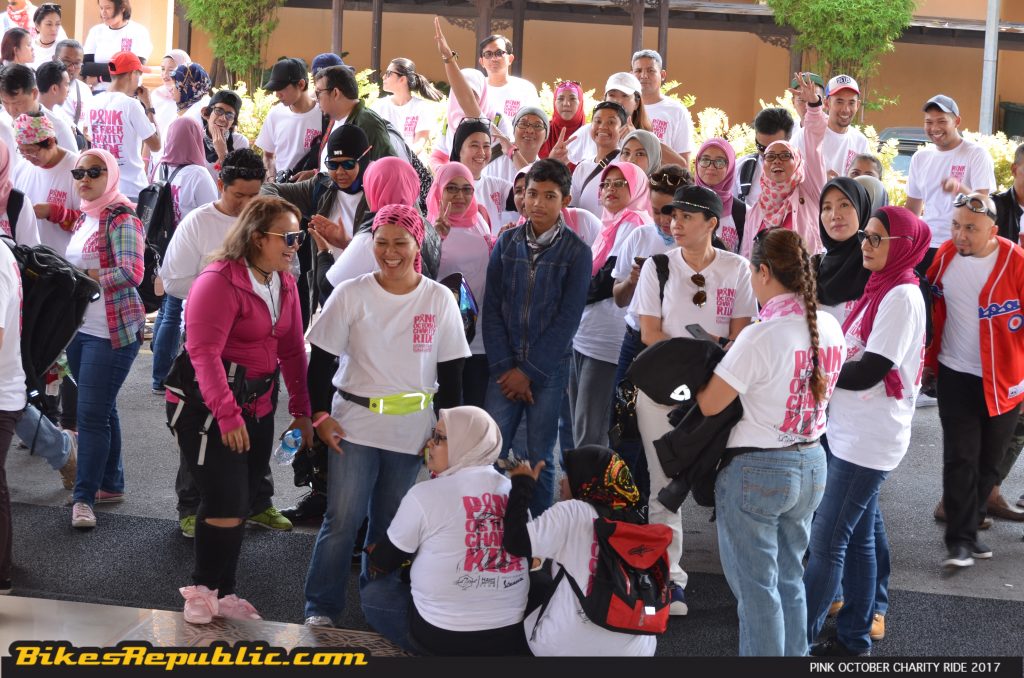 There was a good mix of motorcycles: From mopeds and scooters, to standard bikes, naked sportbikes, adventure-tourer and 1000cc superbikes; besides the large number of customs and café racers – including the famous Puting Beliung (“tornado” in Bahasa Melayu). 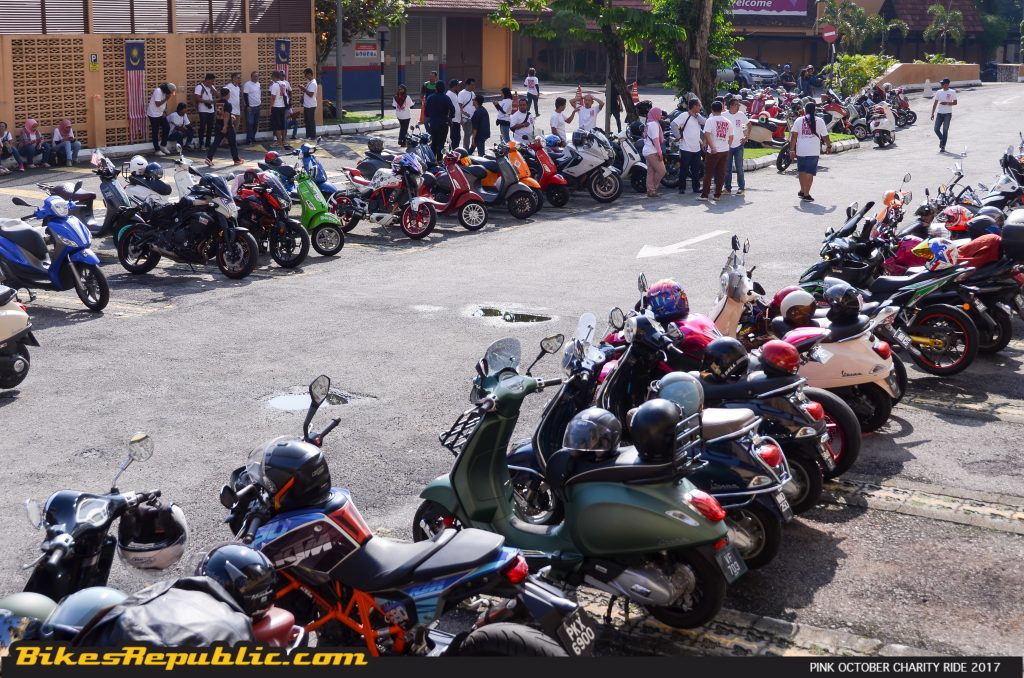 Participants were provided a white T-shirt with the words “Pink October Charity Ride” emblazoned on its back, patches and stickers. They may also donate to the Malaysian Cancer Society (Yayasan Kanser Malaysia). 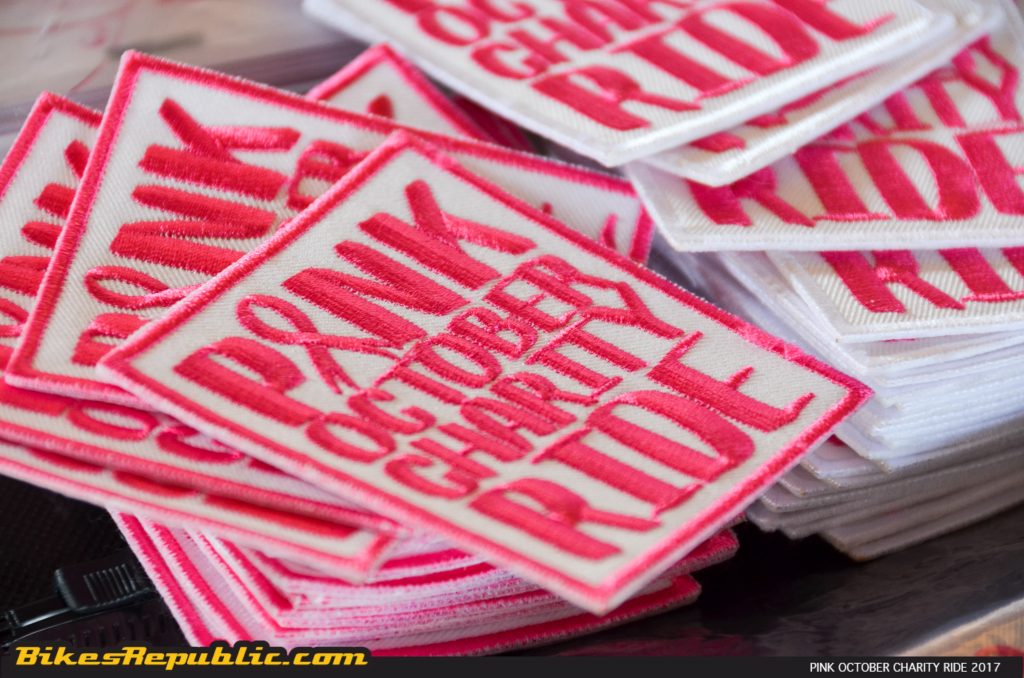 As more and more riders, young and old arrived, it soon became apparent that this wasn’t a ride which encouraged only female participant. There were as many men as there were ladies. It’s encouraging and heartwarming to see that both the Pink October Charity Ride and DGR transcend the gender barrier, despite both rides sought to raise awareness for afflictions common to respective genders.

And despite gutter politics kicking up religious and race issues, everyone rode together for a common cause, regardless of religion, ethnicity and creed. How common is it to see a 150cc café racer ride alongside an R 1200 GS? Or a Triumph Street Twin next to an S 1000 RR? 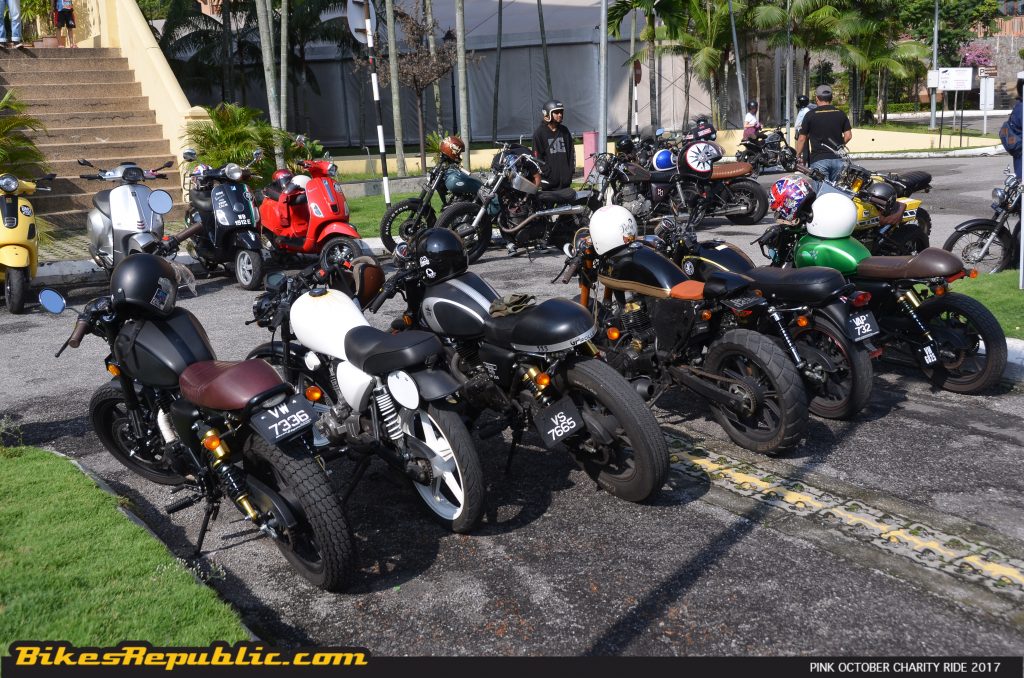 The participants were briefed by the Chief Marshal and Royal Malaysian Traffic Police escort, before being flagged off. 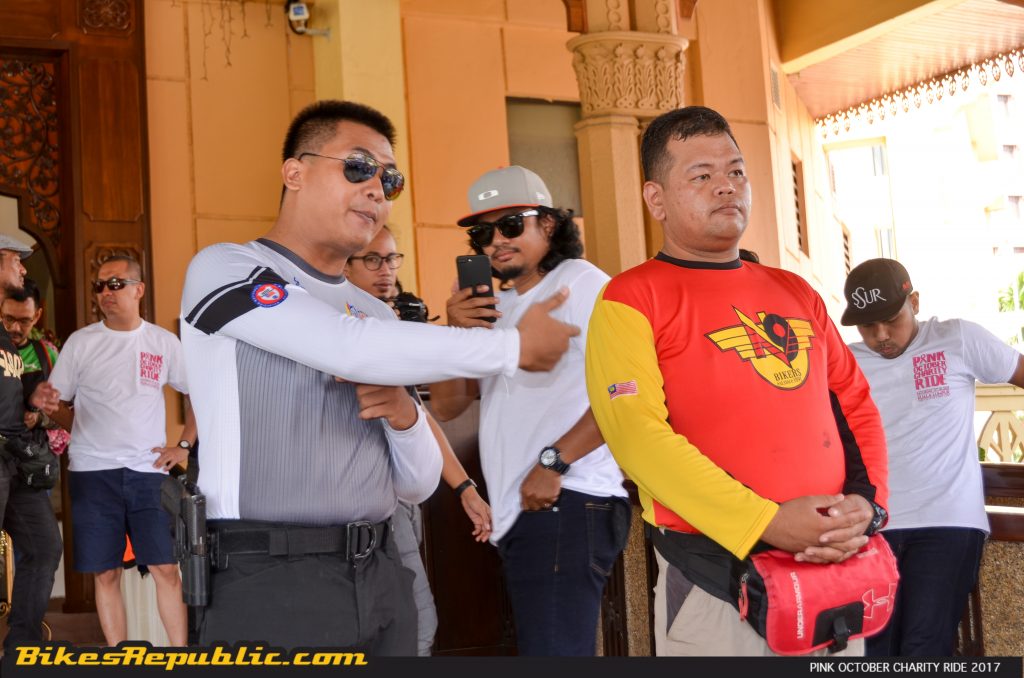 The convoy proceeded at a steady pace until it reached Naza Auto Mall in Petaling Jaya. 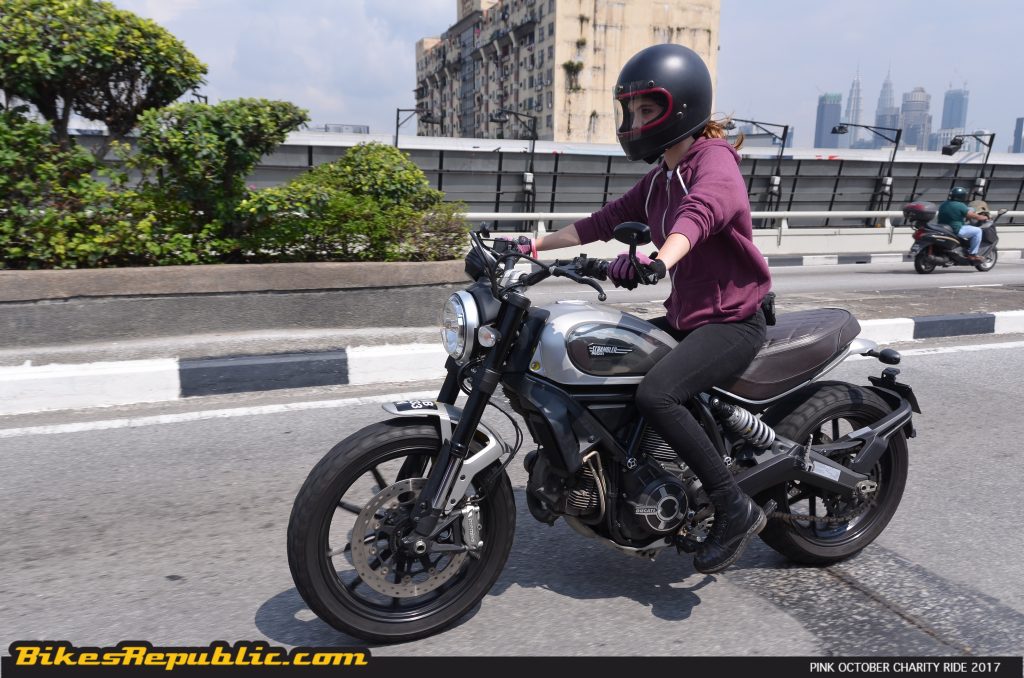 There were lucky draws and a helmet bidding session throughout the day. Participants were also offered a free health check-up, free of charge. 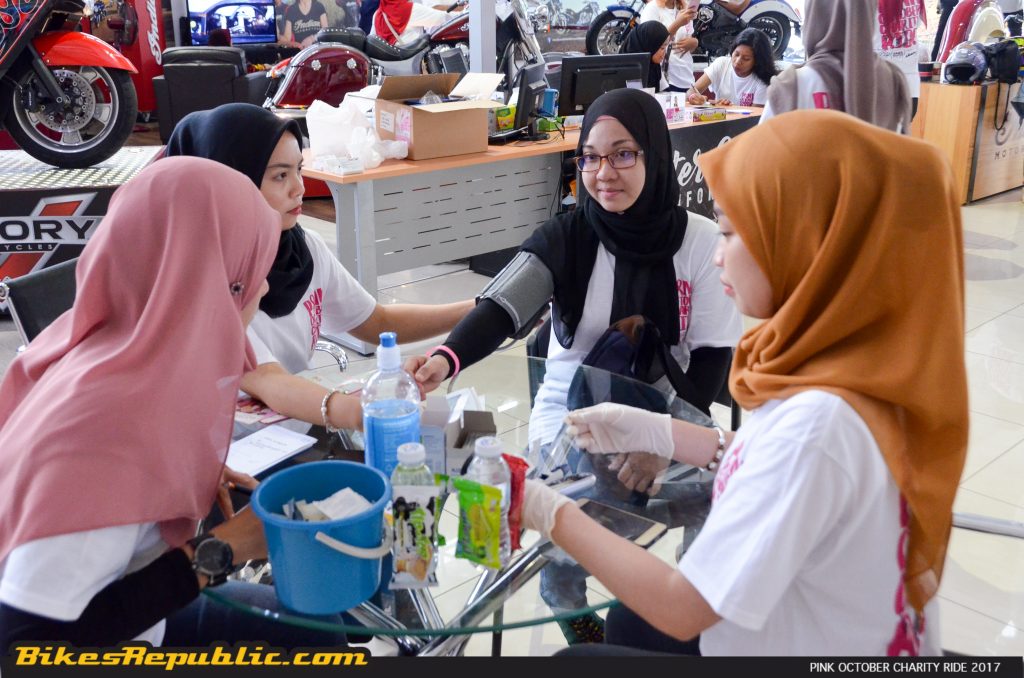 Seeing the success of this Pink October Charity Ride 2017, we hope the event will continue next year with even more participants. 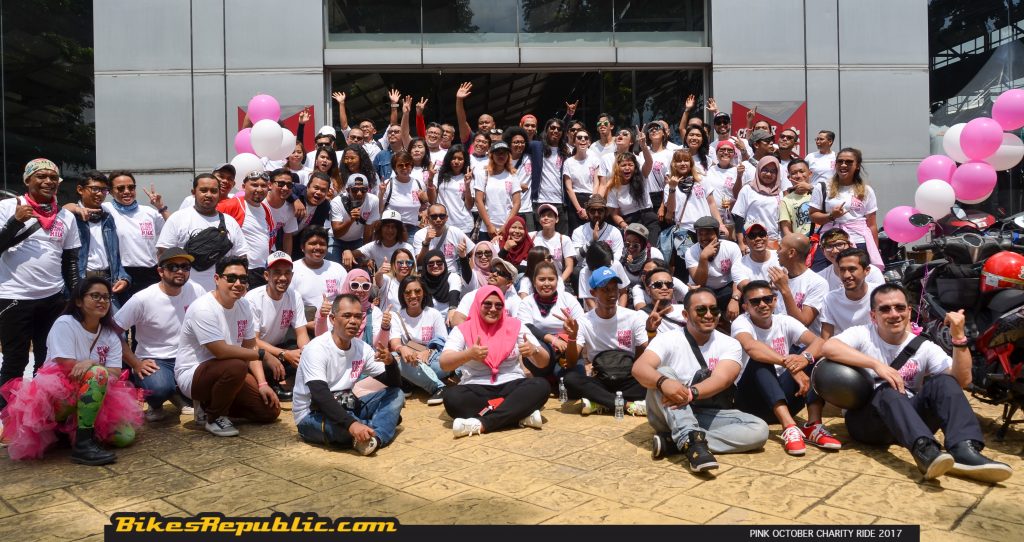