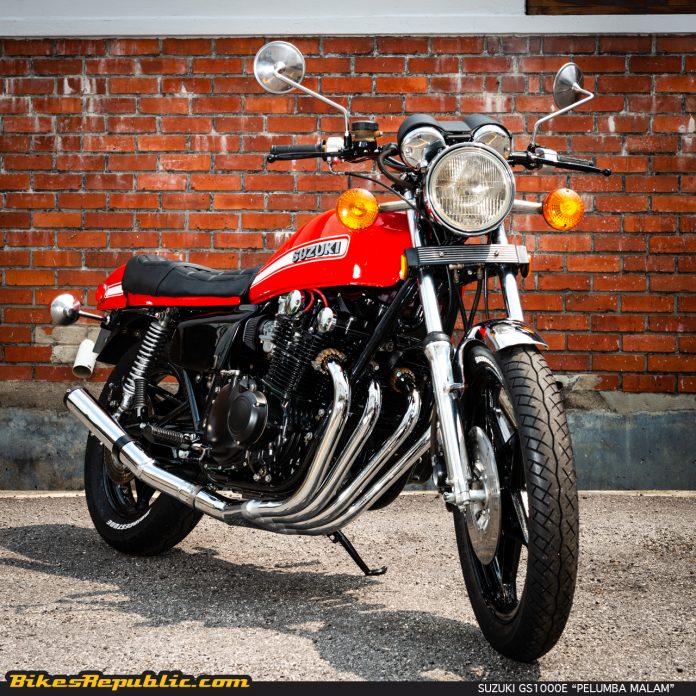 Rebuilding a vintage or retro motorcycle may suck up one’s resources but it is worth the effort when it looks as good as this 1978 “Pelumba Malam” Suzuki GS1000E.

Let us rephrase that, it’s especially worth the while and money when the bike has a colourful history as this one. 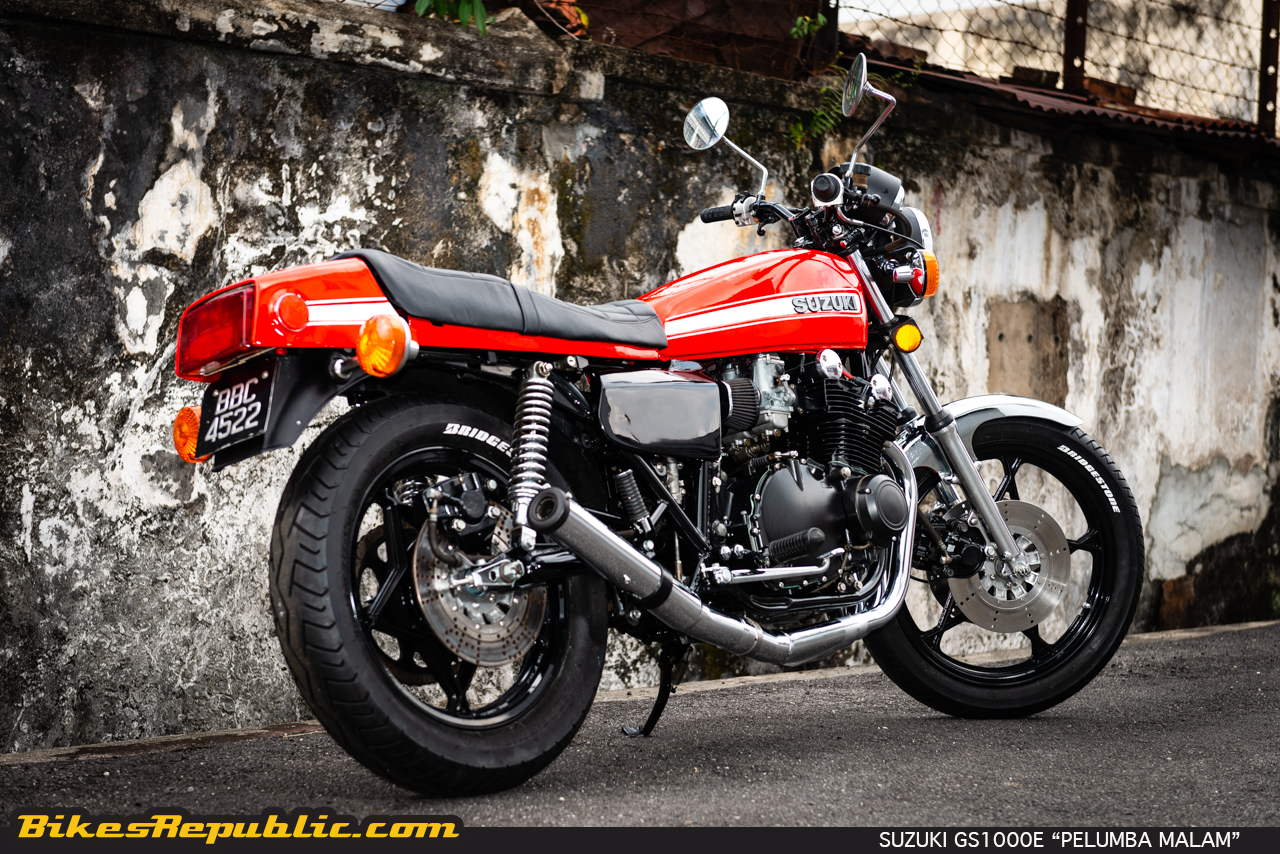 This particular motorcycle was one of the two GS1000Es used in the filming of the 1989 movie, “Pelumba Malam (Night Racer).” The film starred A-list artists Mustapha Kamal, Sabree Fadzil, Sidi Oraza, Edika Yusof and Noreen Noor.

The bike made its first appearance at the opening credits, before being seen again during a racing scene in the Menora Tunnel near Jelapang, Perak. The tunnel had just been completed at the time of the film’s shooting.

Built in 1978, this Suzuki GS1000E was brought into the country via a grey importer. It had belonged to one of the actors of the aforesaid movie and was regularly raced competitively at the equally-legendary Batu Tiga Circuit, Shah Alam. 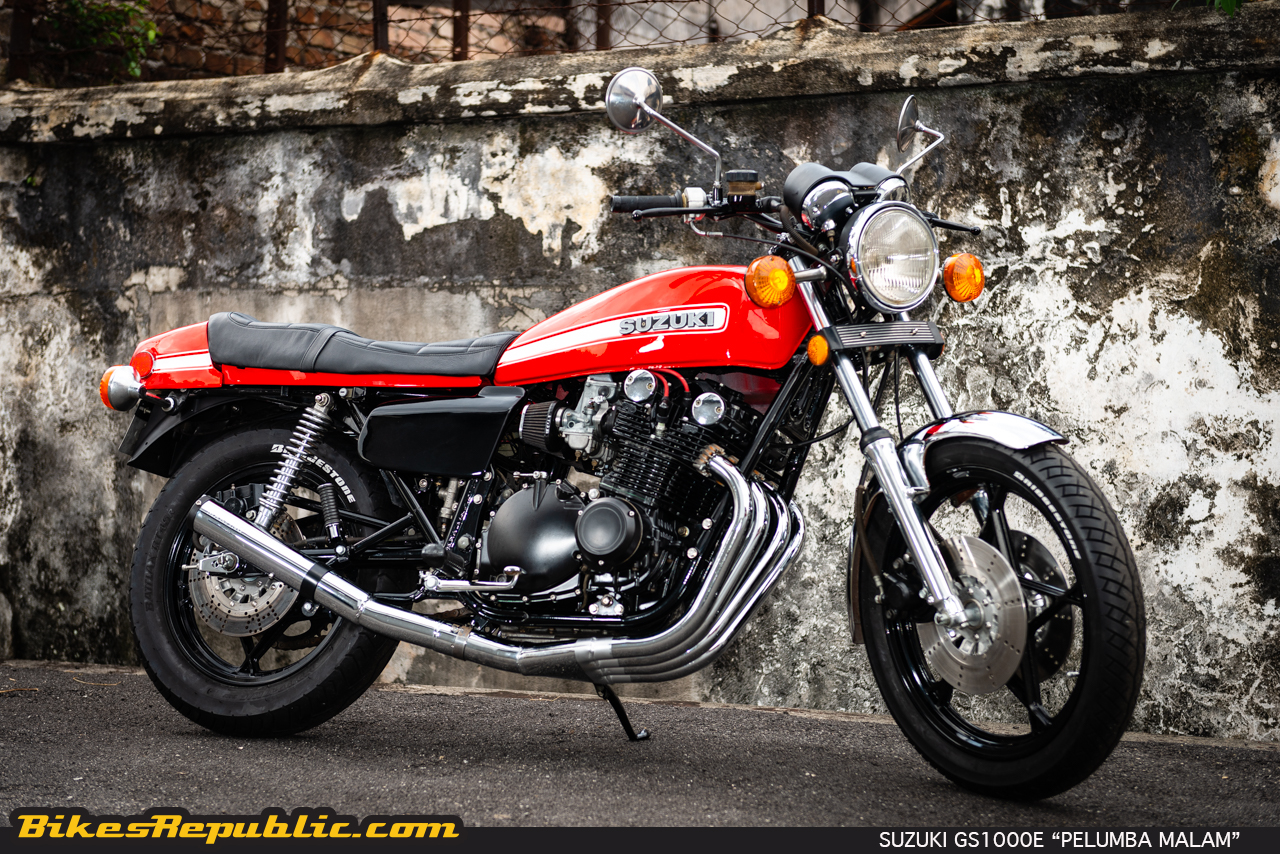 It was then sold to another owner, but thieves stole it and took it on a joyride around Kuala Lumpur. Thankfully, it was later recovered in Kampung Baru. 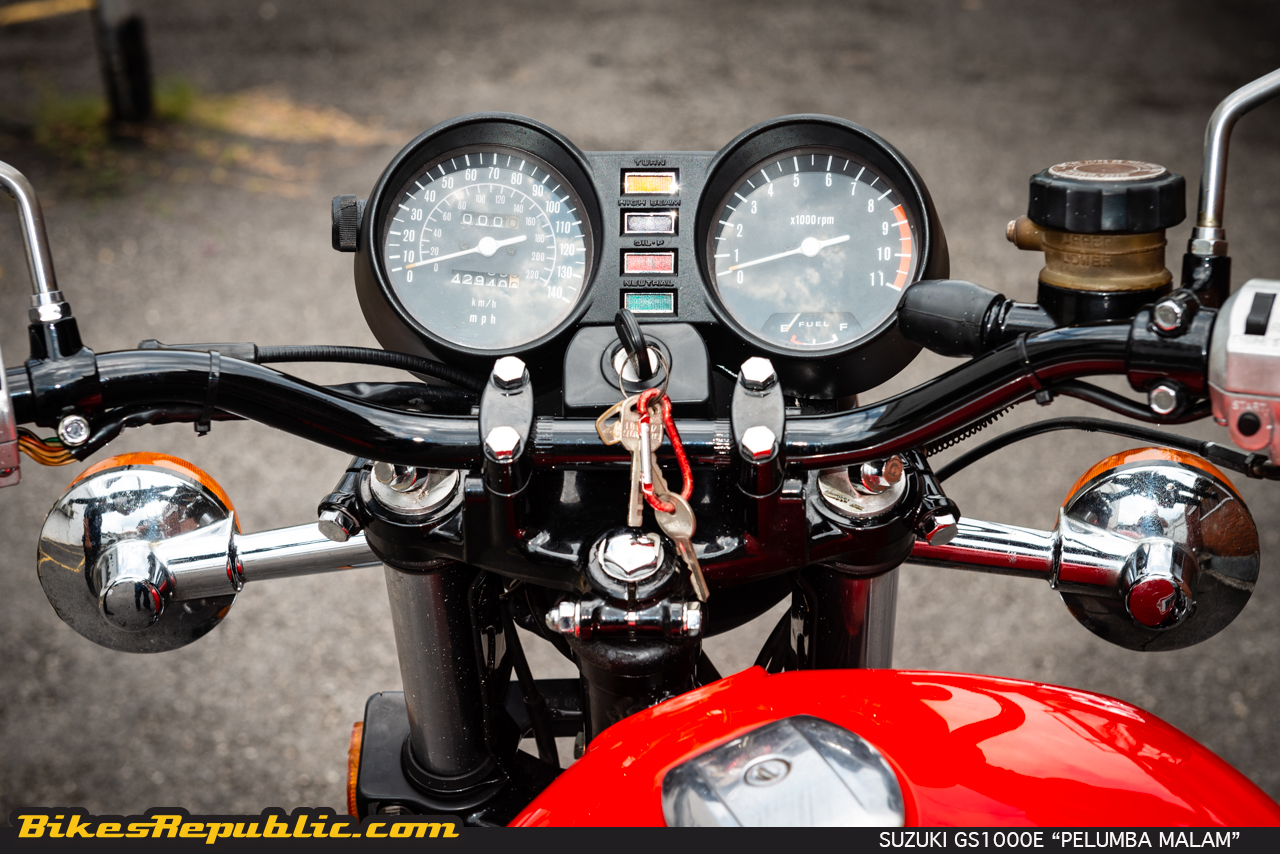 With forty years on its timing chain, the “Pelumba Malam” Suzuki was in a sad state when it arrived at Legend Racing Garage, Setapak. A decision was reached to strip it down completely for a thorough rebuild. 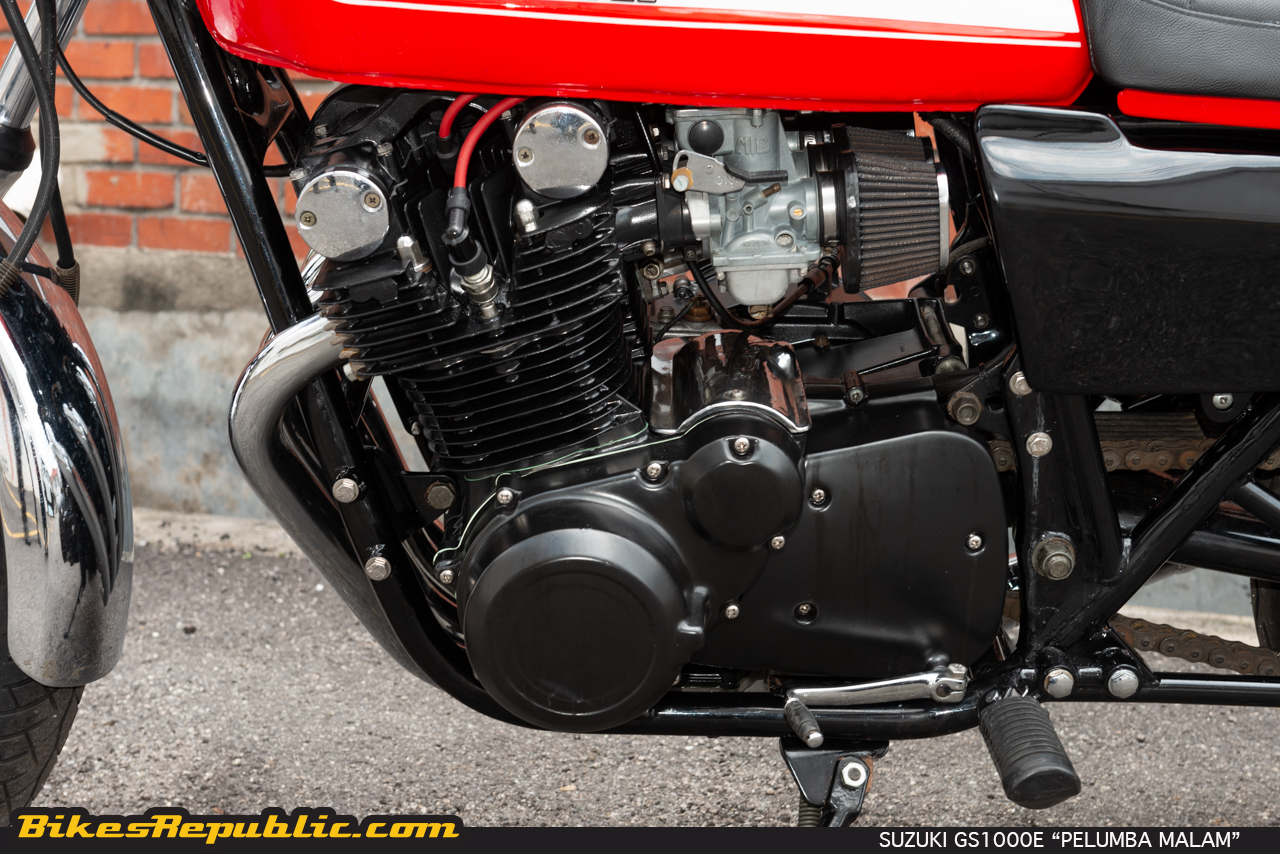 The rebuild process focused on returning the GS1000E to its original state while updating it for 2018 at the same time, rather than taking the custom or café racer path. It has now been repainted to the original red and white scheme, the same as the bike Wes Cooley campaigned in the 1979 AMA Superbike Championship in the United States. 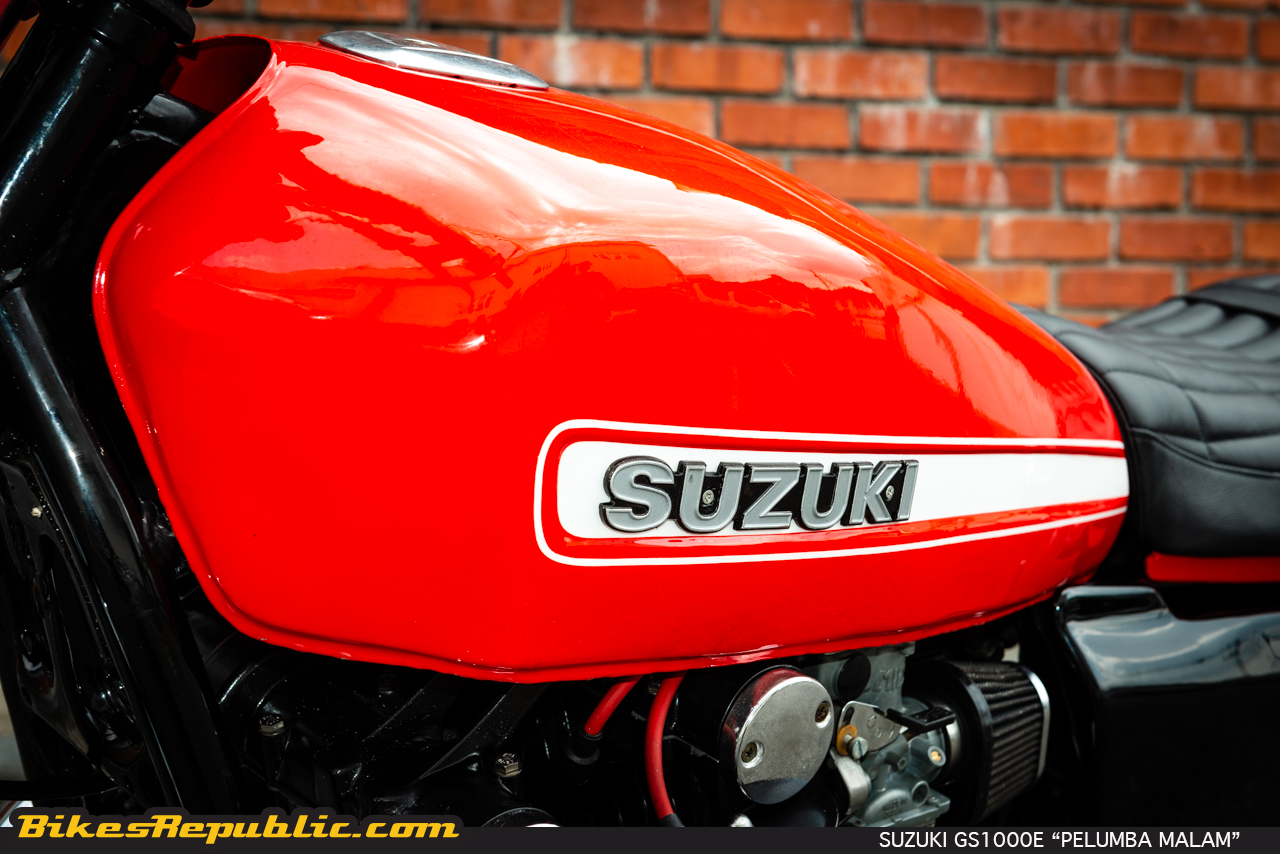 The engine was rebuilt with Wiseco pistons that bumped its capacity to slightly above 1000cc from the original 998cc. Other new parts are the valves, engine internals and a new custom-made exhaust. 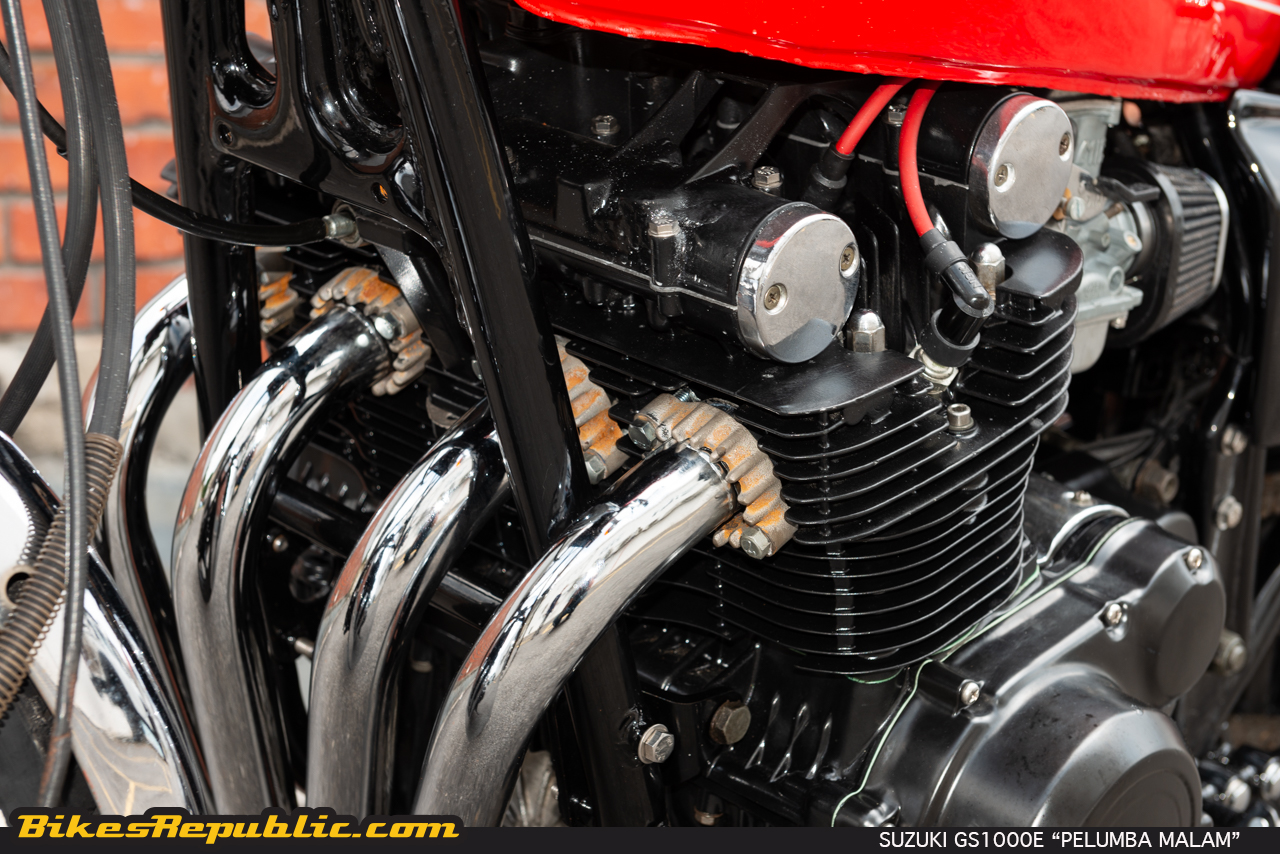 The Suzuki GS1000E “Pelumba Malam” was painstakingly restored by Legend Racing Garage throughout. The paintwork was applied by Taymen Airbrush which is next door to Legend Racing Garage; the seat was handcrafted by Has Kusyen in Subang Jaya; and powercoating and surface treatment and restoration were performed by Malaya Electro Plating. 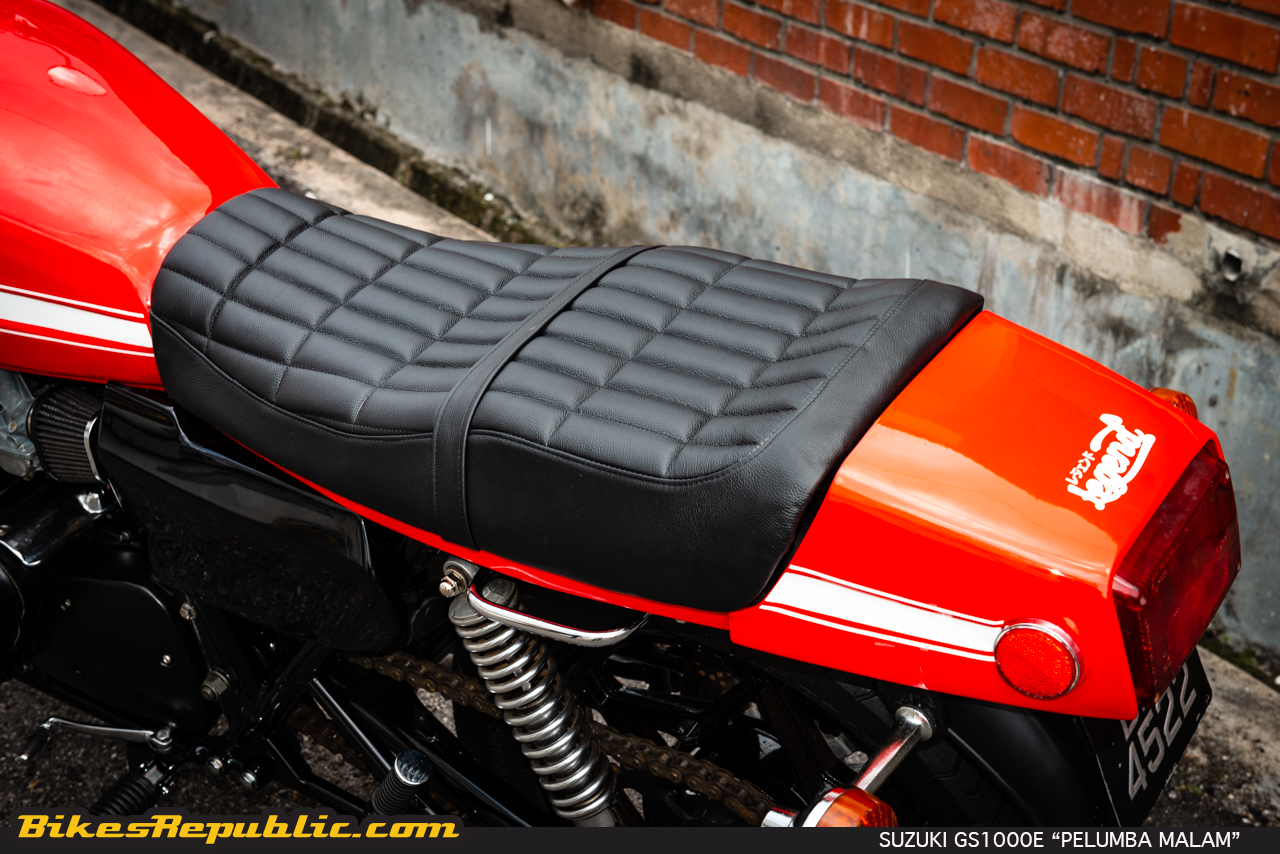 Now fully restored, it showed why motorcycles such as this Suzuki GS1000E (collectively called the UJM – Universal Japanese Motorcycle) was so popular not only back then but still remains in the psyche of contemporary enthusiast and builders. The bike is beautiful in its simplicity and purposeful purity with nothing superfluous. Indeed, its purpose was to conquer the ultra-competitive AMA Superbike Championship. 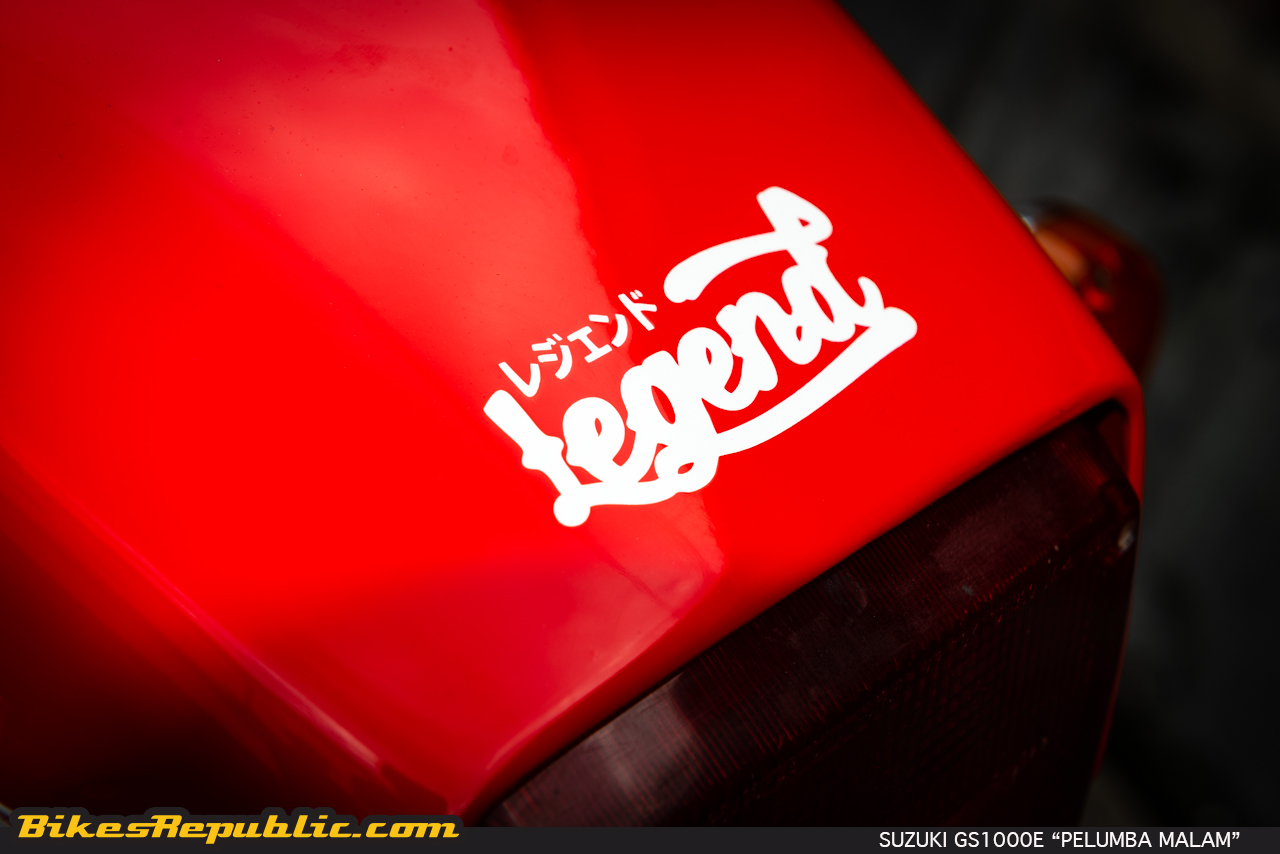 But perhaps more importantly, this bike a tribute to how motorcycles formed an integral part of Malaysian popular culture for decades; and it’s now ready to carry that legacy for many years to come. 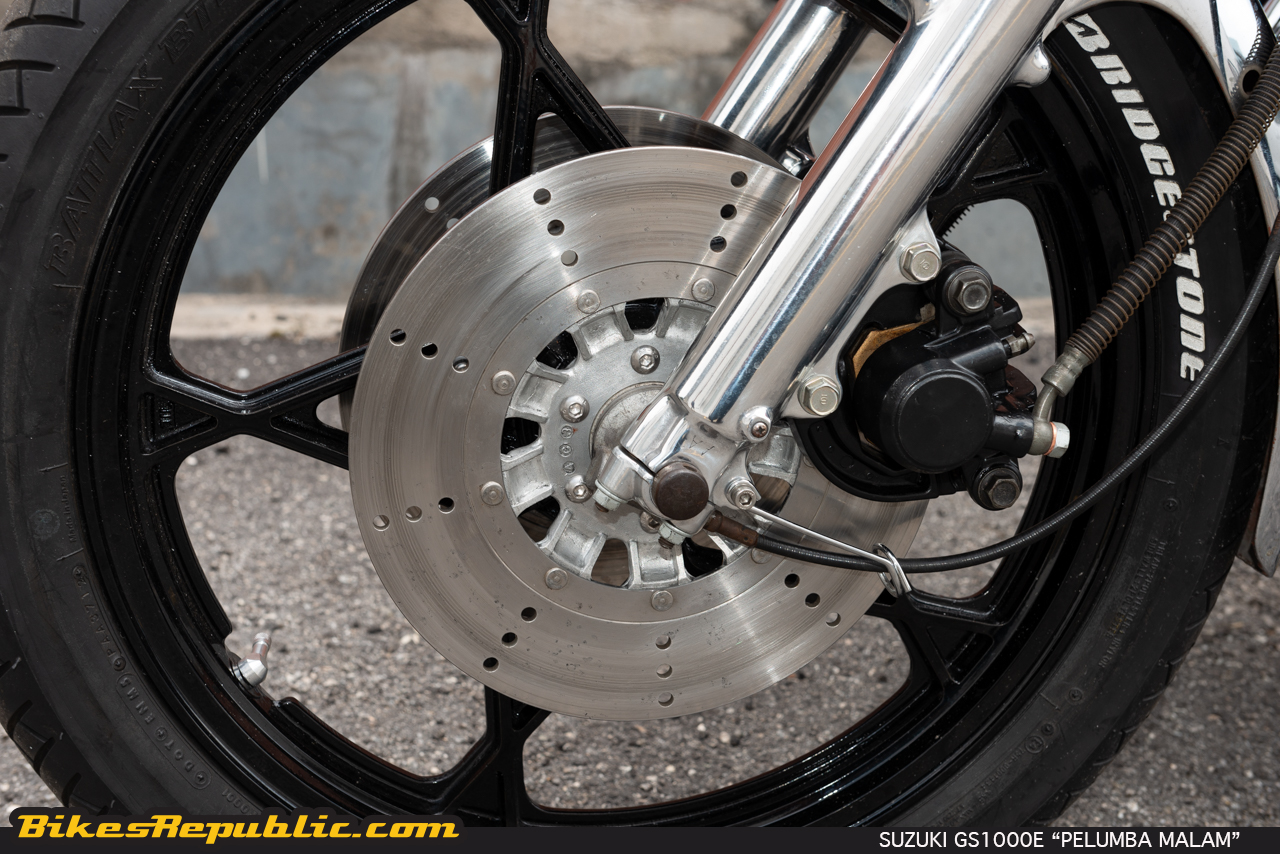