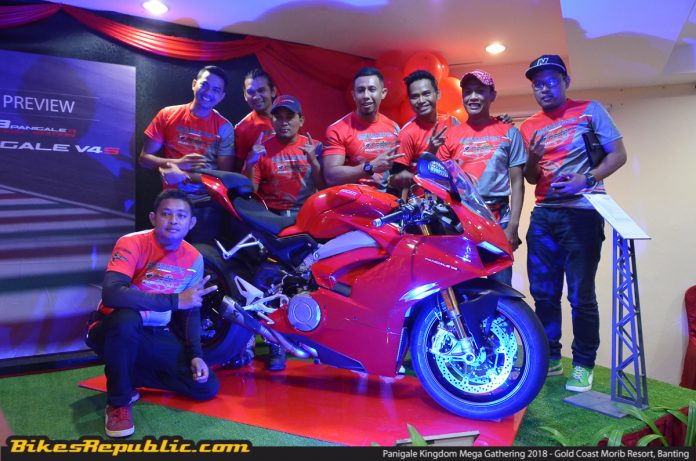 Over 50 Panigale owners from across the country gathered in Putrajaya before heading out for the family day in Banting, Selangor. 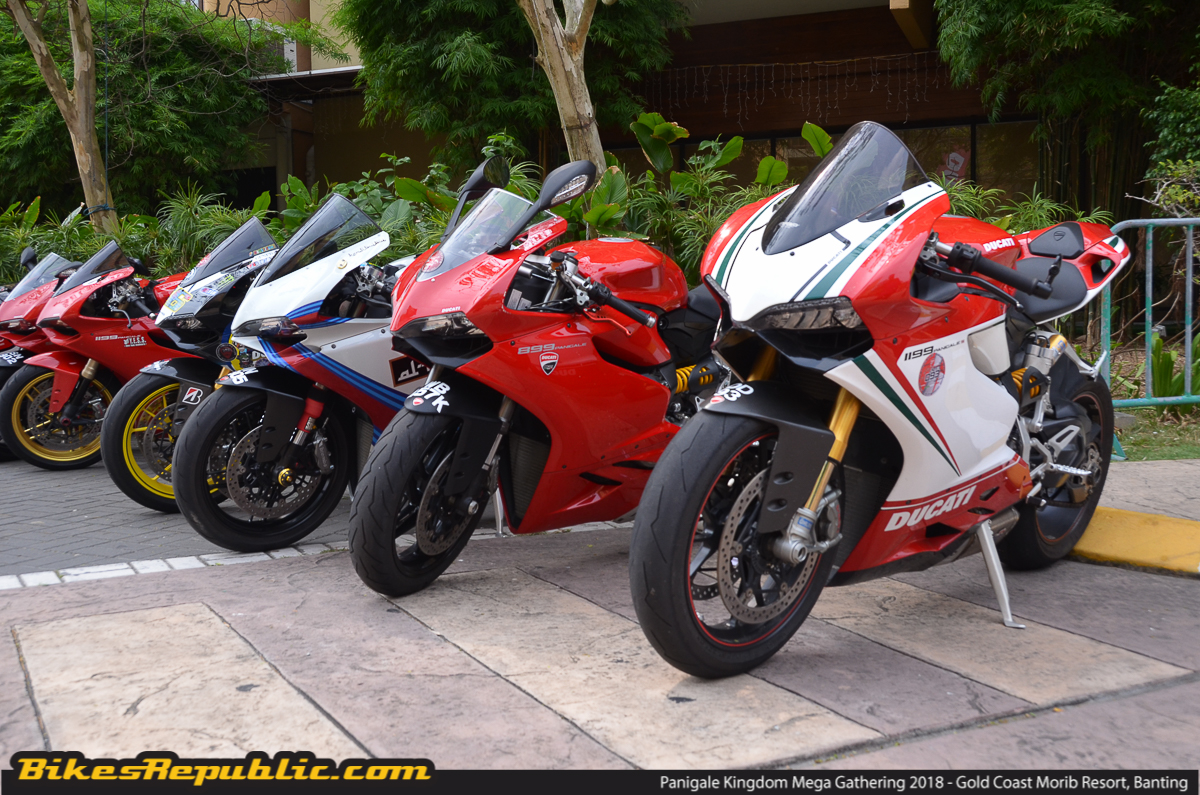 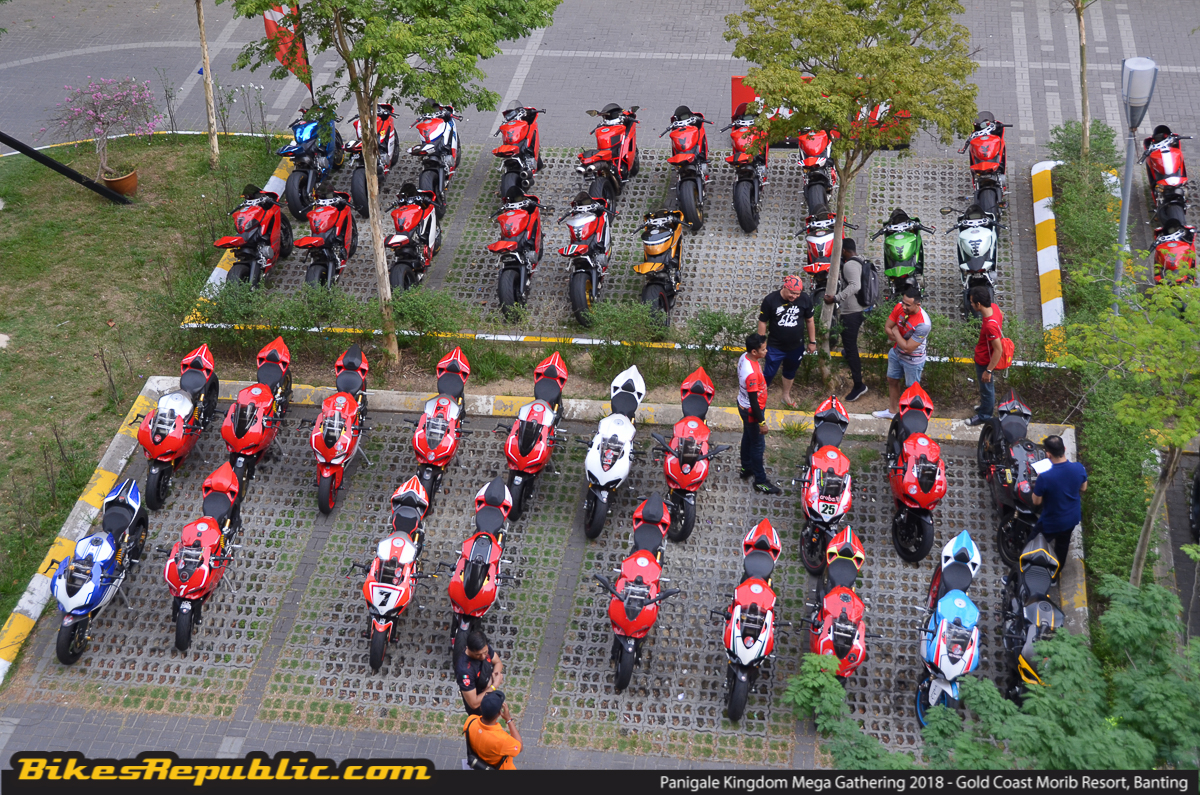 The day started with the Panigale Kingdom members gathering in Putrajaya for breakfast and photo session. The convoy then headed down to Morib beach for lunch before checking into their rooms at the resort. The afternoon was filled with fun events for the whole family before the grand finale that is the barbeque dinner. 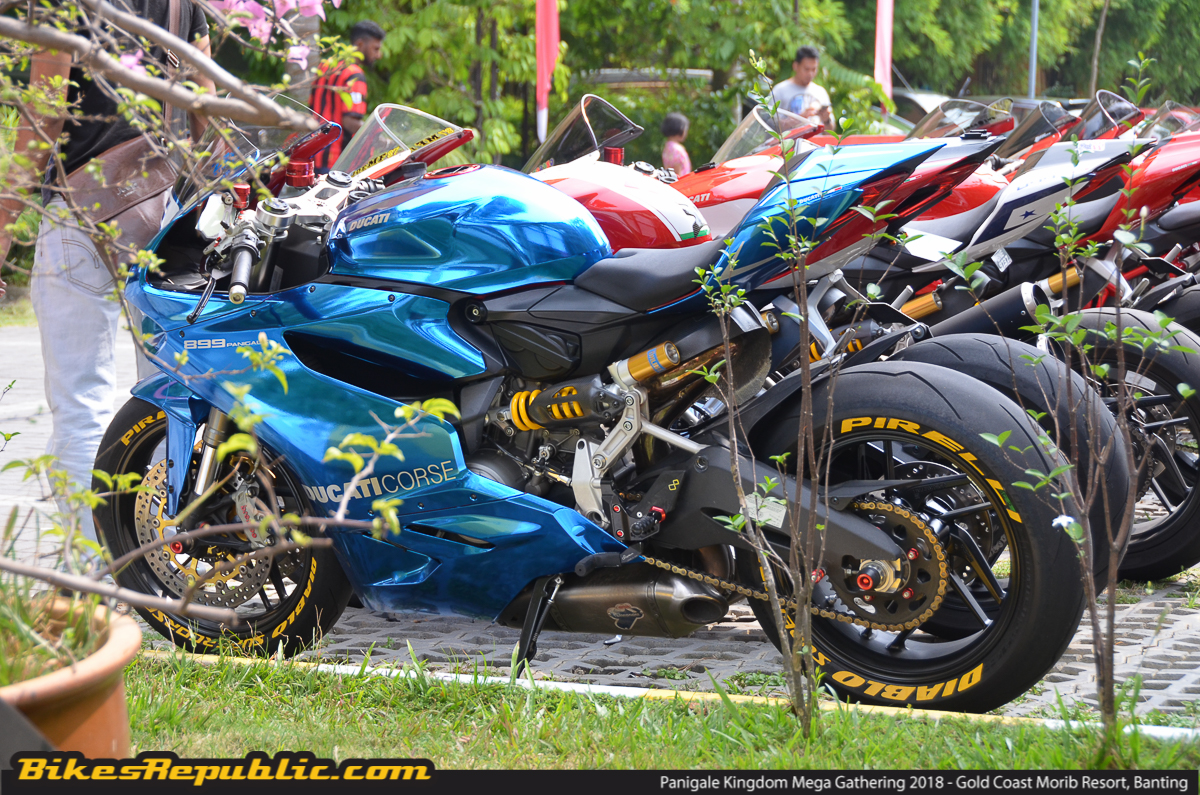 Apart from all the fun games and amazing lucky draw giveaways, Ducati Malaysia marked this momentous occasion by treating their loyal fans and followers with the Panigale V4 sneak preview together with the 2018 Ducati 1299 Panigale R Final Edition as thanks for their years of support. 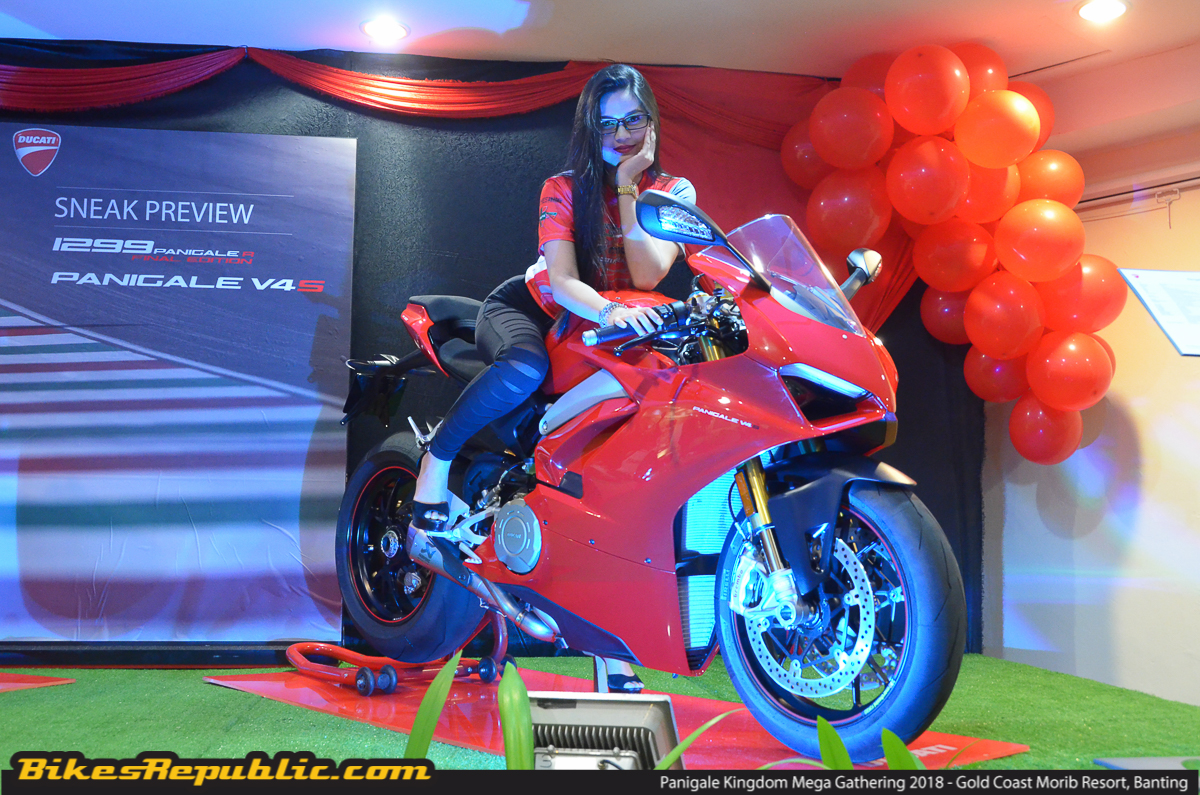 The 2018 Ducati Panigale V4 has already arrived on our shores and it is without a doubt one of the most highly-anticipated Ducati bikes yet. The Panigale V4 was officially previewed earlier tonight in conjunction with the Panigale Kingdom Mega Gathering where Vice President of Ducati Malaysia Mr Fazli Hisham gave the club members a taste of what the Panigale V4 sounds like in real life. 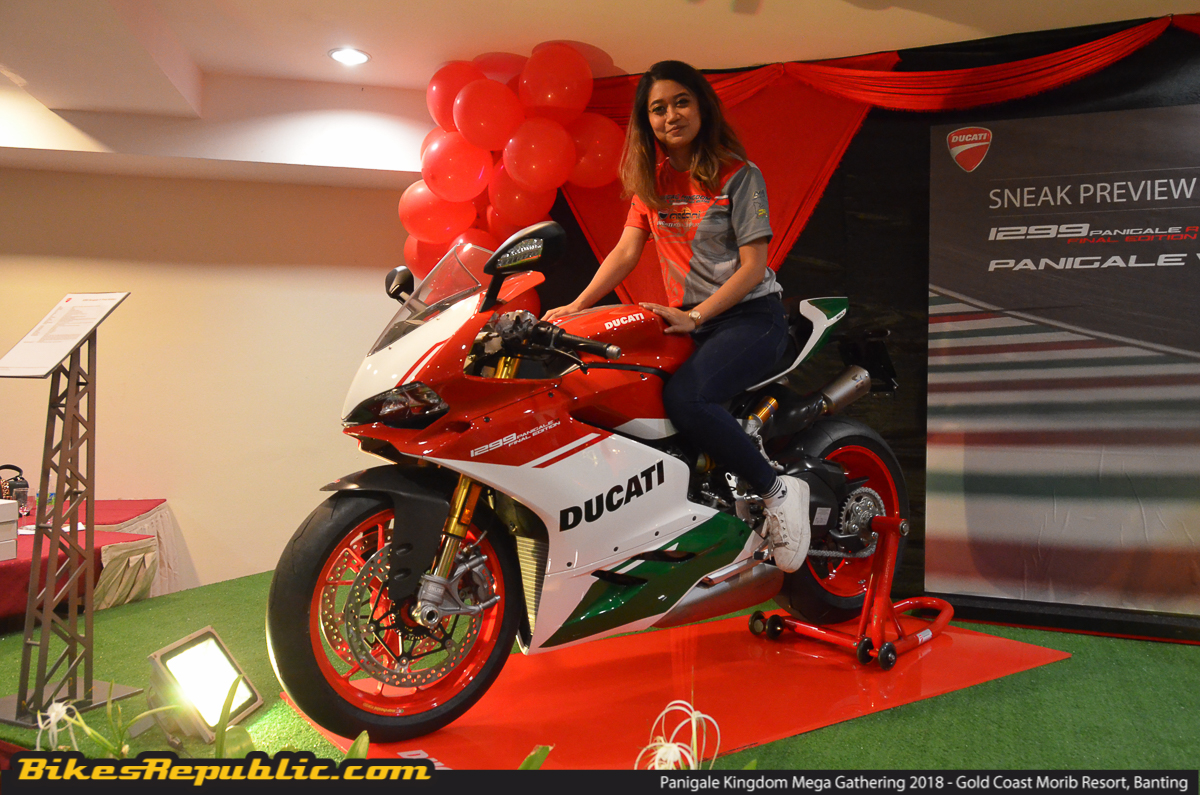 As for the 1299 Panigale R Final Edition, there are only two units which Ducati Malaysia has brought in officially and one of them was already sold before it even had the chance to get out of its shipping crate. Priced at RM339,900 (basic price with GST), it’ll be the last ever Ducati Panigale model powered by the V-twin Superquadro engine. 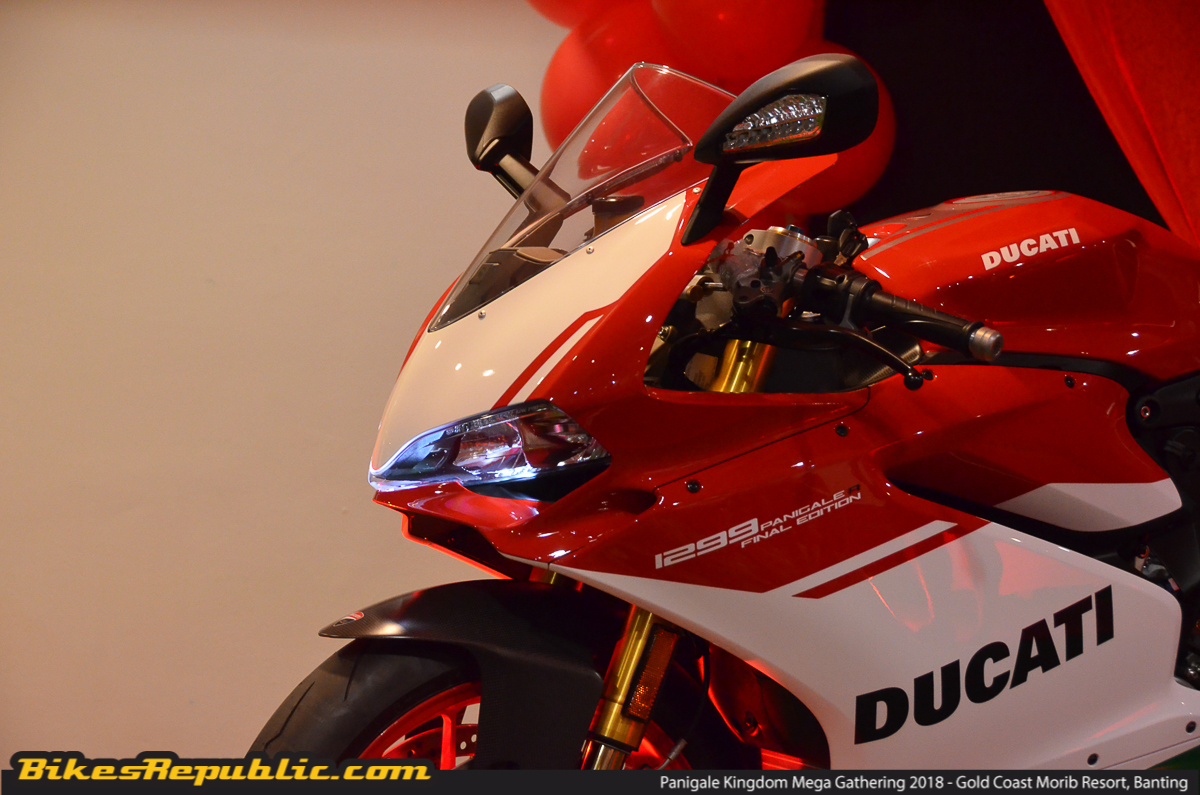 The latest generation Panigale V4 is powered by a brand new 1,103cc Desmosedici Stradale V4 engine which is said to be able to produce a whopping 210hp at 13,000rpm and 120Nm of maximum torque at 12,250rpm. This move is said to conform to the new rules of WorldSBK where the new 1,000cc maximum capacity rule comes into play. 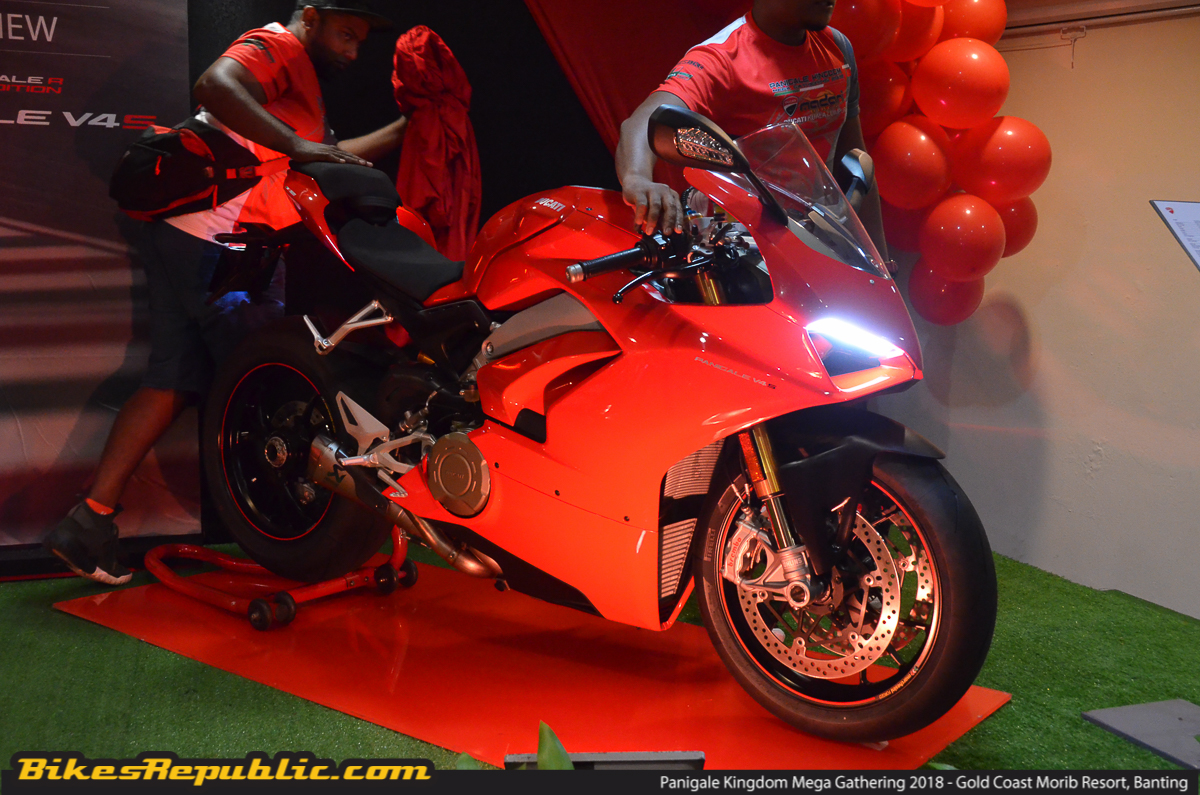