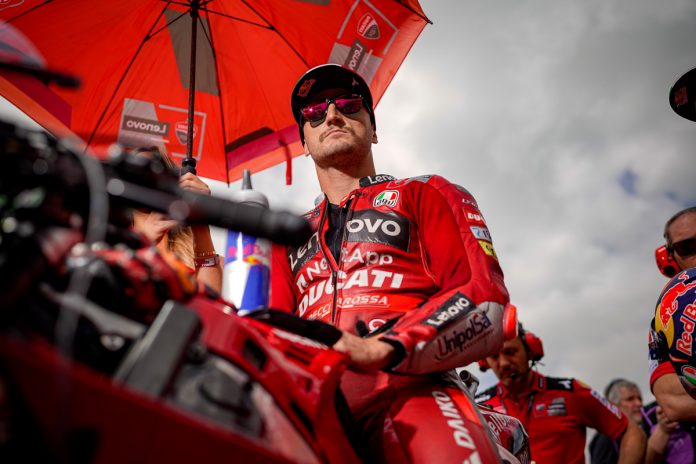 Red Bull KTM Factory Racing has confirmed Jack Miller will race alongside Brad Binder for the 2023 and 2024 MotoGP season after signing the Australian on a two-year deal.

Jack Miller will leave the factory Ducati seat after two seasons after failing to register himself as a serious title contender with Francesco Bagnaia.

Miller will now replace Miguel Oliveira at KTM, with the latter set to return to Tech3 KTM as Raul Fernandez is expected to make the jump the Aprilia’s newly established satellite team, RNF Racing.

Despite only turning 27 in January, Miller has more than a decade of GP experience, including nine victories and almost 30 podiums in both Moto3 and MotoGP.

The Australian will also link up again with Francesco Guidotti, whom he has worked with for three of his eight years in MotoGP.