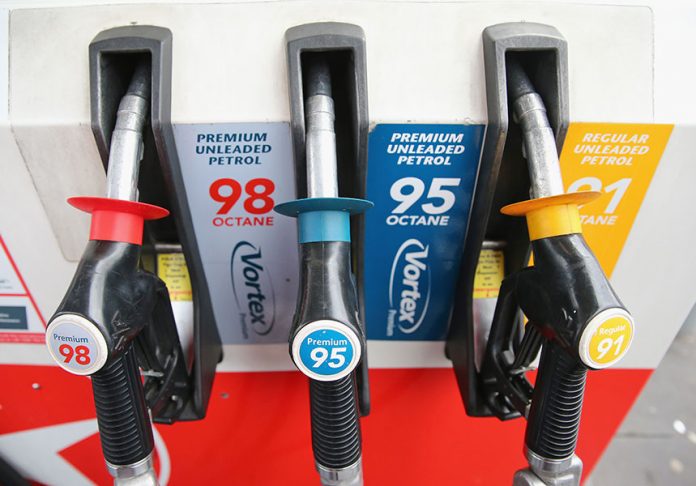 We’re so used to listening to the term “high octane” especially when TV networks or event managers using that term to imply an exciting event: “Get ready for high octane racing at the Malaysia MotoGP!” the announcer screams.

It’s probably from this kind of “nurturing” that we mistakenly associate higher octane fuels with big performance.

We first need to understand about “engine knock.”

Let’s assume a cylinder fills with a volume of 650.5cc of fuel/air mixture from the intake stroke. The piston now rises back up to TDC for its compression stroke, squeezing that mixture into a smaller and smaller space of just 50cc (the piston crown is typically less than 1mm below the cylinder head). This is how we derive at an engine’s “compression ratio” as seen in the spec sheet. We divide the volume at BDC with the volume at TDC: 650cc/50cc = 13/1, denoted as a ratio of 13:1. 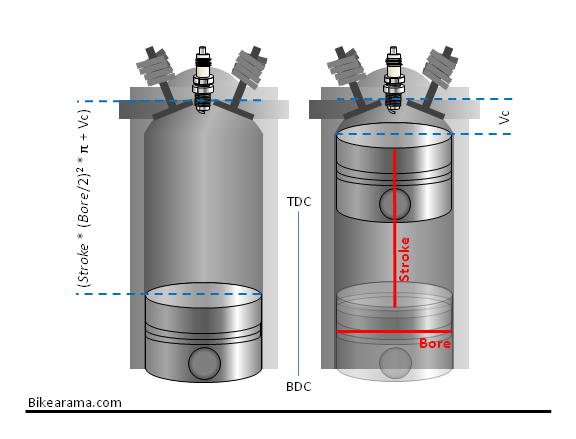 A higher compression ratio (higher cylinder pressure) is directly related to power and thermodynamic efficiency of an internal combustion engine, allowing it to extract more energy from a given amount of fuel.

However, the temperature of fuel/air mixture rises as it’s compressed, making it easier to combust efficiently. (In fact, diesel engines work by compressing air to extreme compression ratios, heating up the air enough to ignite when diesel is injected into the combustion chamber.) 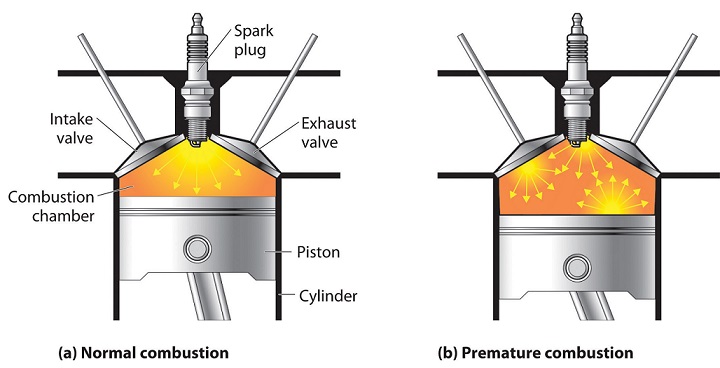 With the pressure and heat building up, the fuel/air mixture may spontaneously combust before the spark plug emits its spark at the correct moment. This uncontrolled combustion, called pre-ignition, produces compression pressure waves that bounce back and forth in the combustion chamber, leading to an audible knocking or pinging. Left alone, engine knock is devastating to the engine, as the rising piston attempts to resist the force of the still expanding pressure of combustion, besides the abnormal heat produced. (Please be aware that “pre-ignition” and “detonation” are two different phenomenas.) 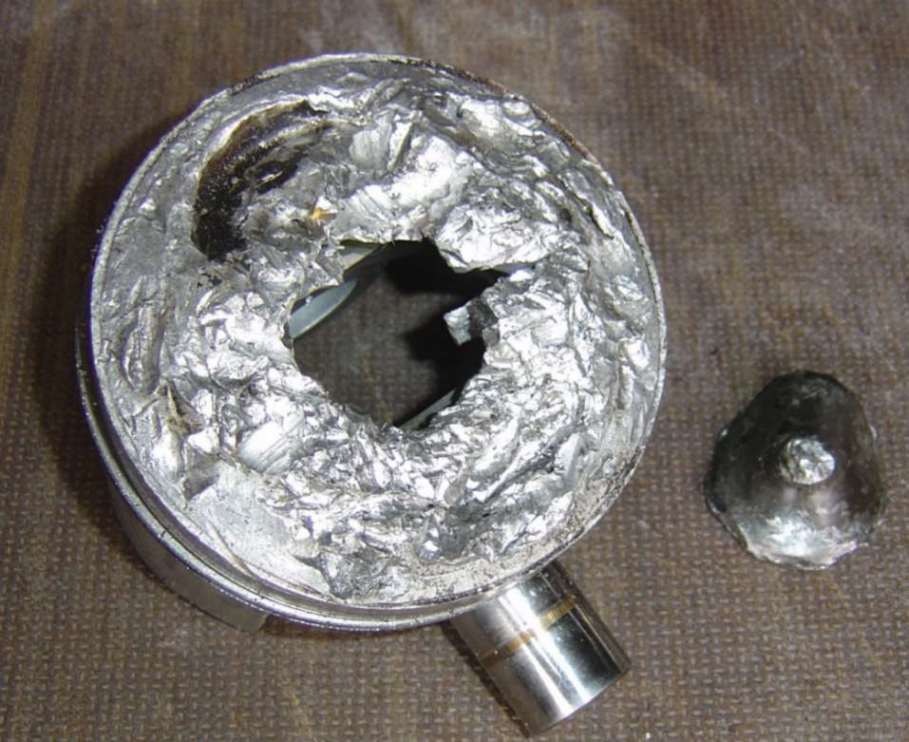 A dirty engine with a thick layer of carbon deposits on the piston tops and valve surfaces actually increases the compression ratio. Besides that, the heated carbon will contribute to local hotspots, further raising the chances of pre-ignition.

Modern engines are typically equipped with knock sensors. They send the information to the engine ECU which then alters the ignition timing, fuel injection timing or fuel/air mixture ratio, to combat the knock. Consequently, engine performance and efficiency suffers.

So how do we avoid engine knock without having the ECU knocking back on our enjoyment?

That is why the manufacturer of high performance motorcycles recommend higher octane fuels, in order to avoid pre-ignition and knocking, and the ECU from intervening.

Does that mean higher octane fuels mean higher quality? Not necessarily so, honestly. Most, if not all, petrol grades of the same friendly neighbourhood petrol brand may already contain virtually the same fuel-system cleaning, combustion enhancing, etc., additives.

A fuel’s octane determines its resistance to pre-ignition, nothing more.

So why do motorists swear to being rewarded with a better performance when they used higher octane fuels? Psychology? Maybe.

However, there are test data that reported increase in performance as a result of using higher octane fuels, such as those reported by Petron regarding their Blaze RON 100 petrol, recently. (Please click on the link below to know more.)

Tested: Petron’s Blaze 100 fuel – Does it make a difference on motorcycles?

Again, a higher RON rating doesn’t make the fuel contain more energy. For the sake of enlightenment, MotoGP rules state the minimum of RON 95 to a maximum of RON 102. 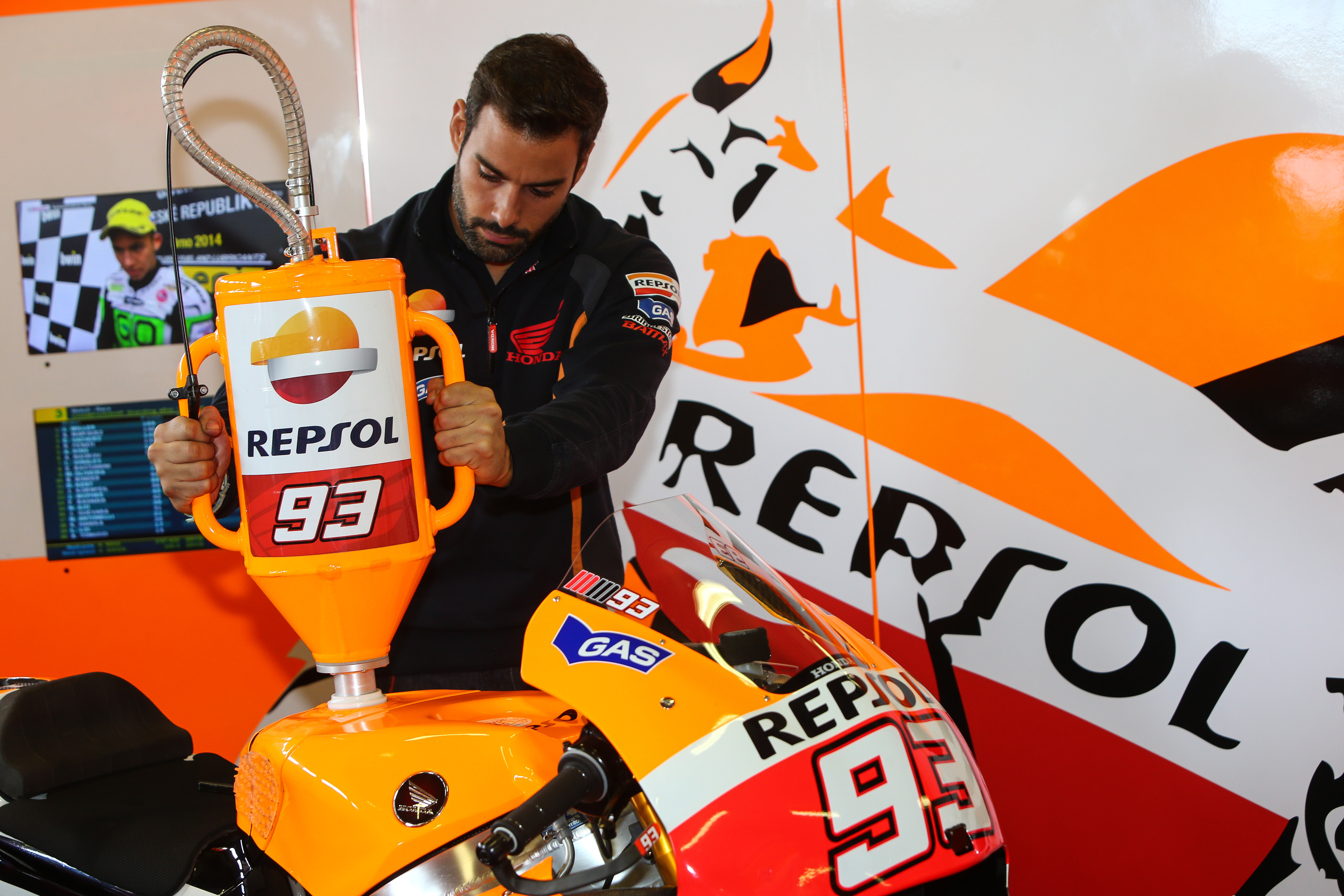 It is due to the absence of knock, which implores the ECU to run the optimum fuel mixture injection timing and amount, and ignition timing among other factors, allowing the engine to produce a “better performance.”

Stay tuned as we explain the process of how the octane or the RON number we see on the pumps is determined, in the next edition.