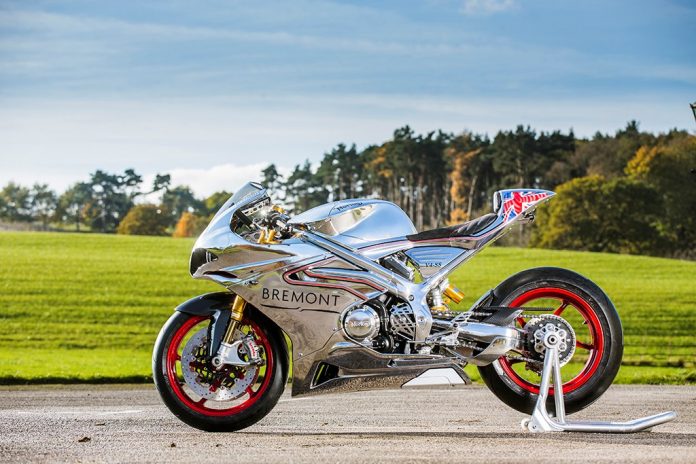 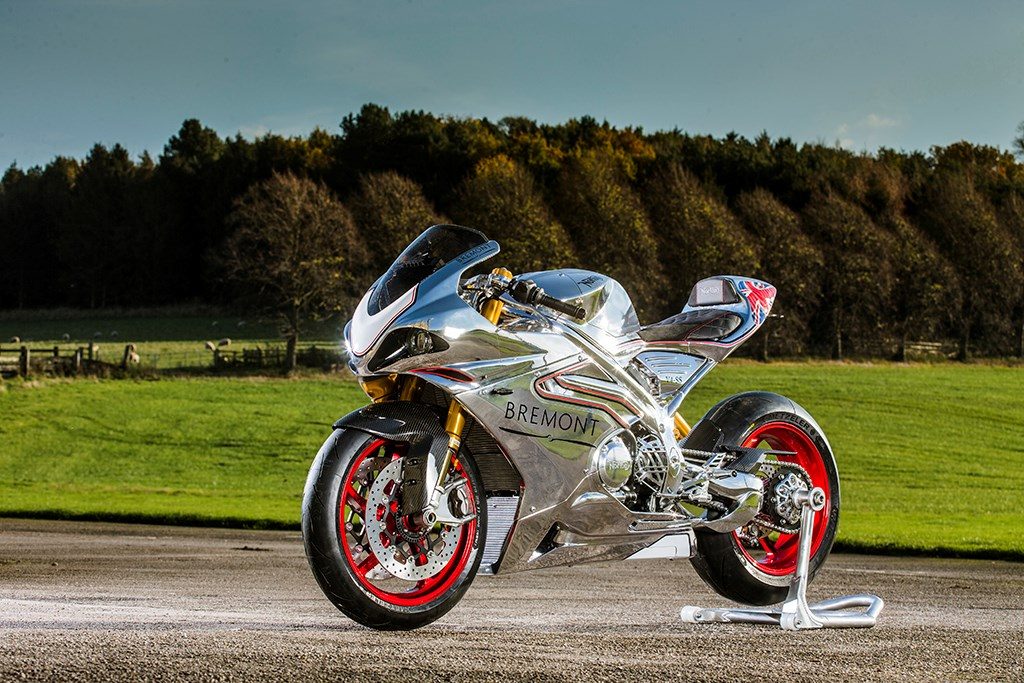 The revival of the famed British brand that is Norton has begun and it couldn’t start any better or sharper. Meet the limited edition Norton V4 RR & SS superbike inspired by the brand’s Isle of Man TT race machines.

Design-wise, the final version of the Norton V4 unveiled doesn’t stray too far away from the original concept sketches. The bike’s lightweight carbon fibre fairings can be dressed in a variety of hues, but the featured machine’s mirror-like chrome silver finish is stunning to say the least. 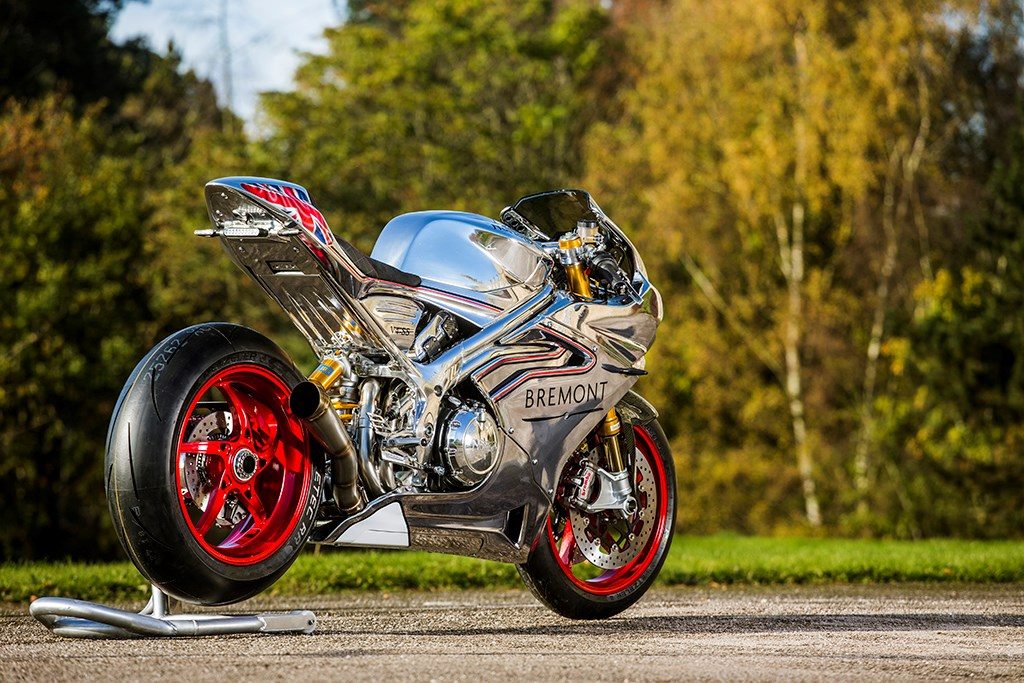 The same can be said about the attention to detail in the bike’s build. The Norton V4 is built upon a twin-tube shotgun chassis frame design complete with a single-sided swingarm whilst featuring fully adjustable pivot point and steering head angle.

Suspension duties are tasked with top-rated Öhlins NIX30 forks with an Öhlins steering damper and a bespoke Öhlins TTXGP rear shock. Anchors, on the other hand, come in the form of two 330mm Brembo floating discs up front grabbed by radially mounted Brembo Monobloc calipers and master cylinder setup. 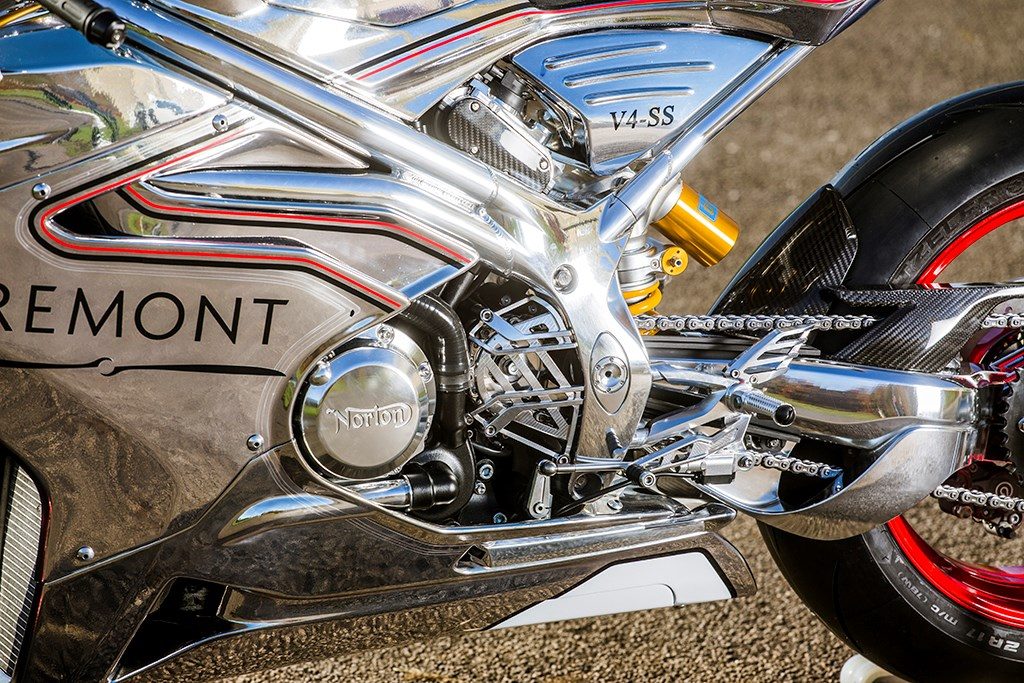 The claimed dry weight of 199kg does see the Norton V4 falling on the heavy side of things, but the firm assures that its new liquid-cooled 72-degree 1,200cc V4 mill with chain-driven cams, idler gear and titanium inlet valves will easily propel it up to speeds.

The aforementioned 1,200cc V4 unit, which was fully developed and built in-house by Norton, outputs a whopping 200hp @ 12,500rpm and 130Nm @ 10,000rpm. All that is sent to the rear wheel using a six-speed cassette-type manual gearbox equipped with a slipper clutch, quick-shifter and auto-blipper features. 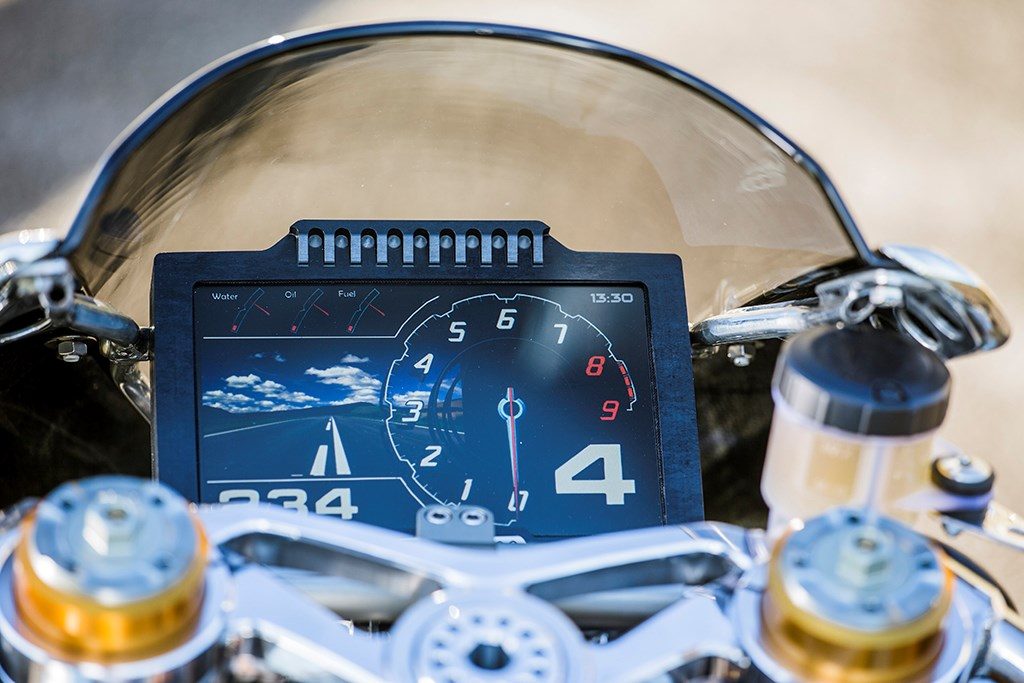 The list of advanced electronics and features for the Norton V4 RR & SS are equally impressive. For starters comes powertrain’s the ride-by-wire system that offers three riding modes – Road, Sport and Pro-Race. It gets supplemented with a six-axis Inertial Measurement Unit (IMU) that ties up with a multi-level traction control, aforementioned quick-shifter and auto-blipper, and a built-in data logger.

Besides a premium keyless ignition system, riders will be greeted with a full-colour and high definition (HD) 7-inch dash display primed with a rear-view camera – the latter explaining the Norton V4’s lack of side-mirrors in fact.

While all that we’ve just mentioned make the ‘regular’ Norton V4 RR a rather impressive bike already, a more specced-up Norton V4 SS is also available and is primed with carbon fibre wheels for more weight savings. 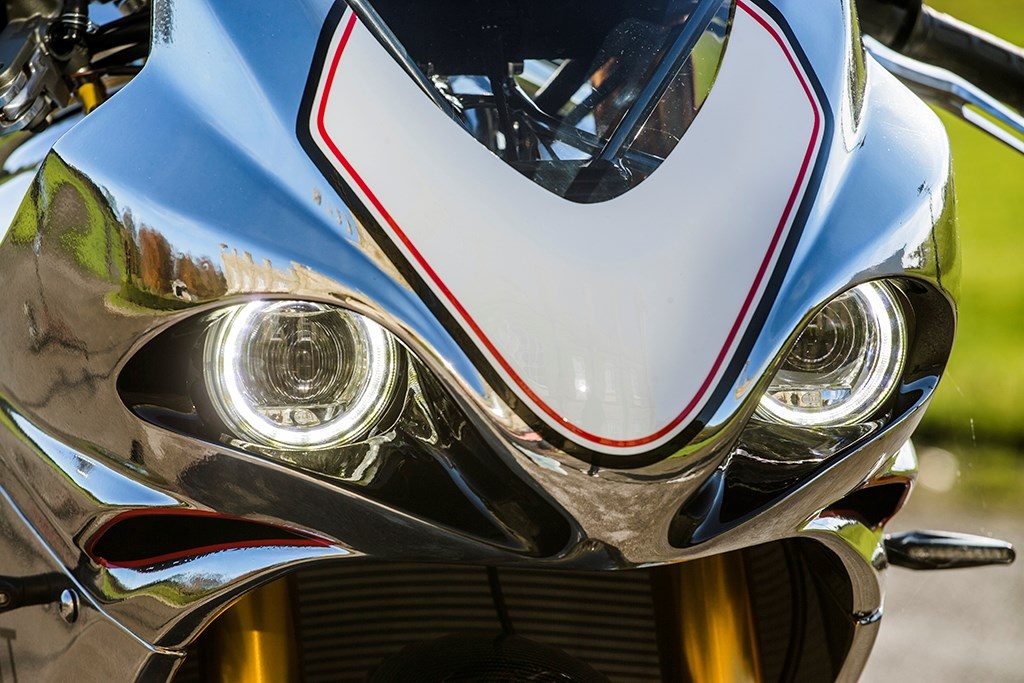 In describing the new V4 RR & SS, Norton CEO Stuart Garner says it is “A V4 that delivers everything with a little bit more swagger, and a little bit more exclusivity, but with a hand-built finish and exclusive numbers.”

Check out more images of the finely crafted and limited edition Norton V4 RR and SS in the gallery below.