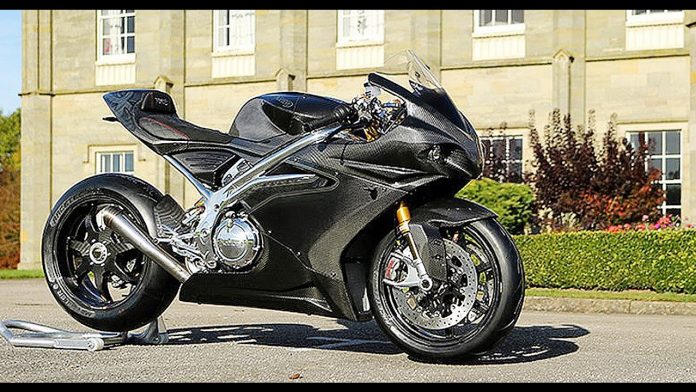 The fledgling Norton seals a £5 million business deal in Japan.

According to the agreement, Norton will supply 1,000 motorcycles over the next five years.

Announced as the Japanese Prime Minister is visiting the UK, the deal should help to ease some of the Brexit related fears that are currently sweeping UK businesses and is said to support 200 jobs at the Castle Donington headquarters.

Norton’s Head of Global Sales, Kay Johnson said: “Norton have an agreement with our distributor, PCI Limited in Japan which will run over a five-year term to manufacture over 1,000 bikes and will achieve an estimated value of £5m.

“We very much look forward to growing our workforce to support the demand for motorbikes in this territory and, in doing so, continue to build a strong trading business with Japan.”

The news comes just weeks after Norton welcomed the first owners of its new V4SS superbikes to the factory to collect their machines.

The current Norton line-up includes the V4SS, the Dominator and Commando Sport and Café Racer. The firm also debuted three new lightweight bikes at Motocycle Live, including the Superlight 650 (basically half the engine of the V4SS to suit Isle of Man TT Lightweight TT regulations) and the Atlas and Ranger which are café racer / scrambler inspired nakeds.