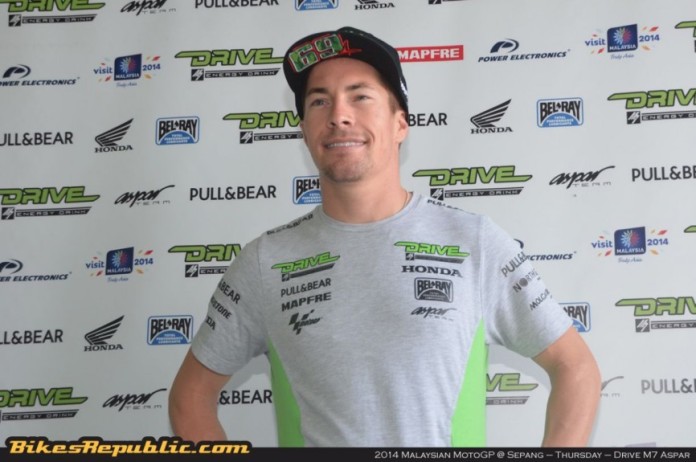 Nicky Hayden has sadly succumbed to his injuries. The 2006 MotoGP world champion was involved in a road traffic accident last Wednesday while riding a bicycle.

The 35-year old American was hit by a car near Misano circuit in Rimini, Italy.

Hayden had switched to World Superbike Championship in 2015 but also appeared in MotoGP twice last year.

Hayden had sustained severe head, chest and pelvic injuries and was transported first to a local hospital and then to the intensive care unit of a major hospital in Italy.

He will be forever remembered as a world champion who only won three MotoGP races. The Kentucky Kid as he is lovingly known, racked up six second place finishes and 19 third place finishes in his career, with a total of 28 podium finishes.

Hayden was team-mate to some of the all time greats including Valentino Rossi and Casey Stoner, both of who he was good friends with.

Rossi hailed Hayden as “one of the best friends I’ve ever had in the paddock.”

Hayden and Rossi share a special relationship as the American was the one who ended the Italian’s run of five consecutive MotoGP titles in 2006.

Hayden was one of the few motorcycle racers who enjoyed success both in MotoGP and in WSBK.

With his passing, the sport, both MotoGP and WSBK, no longer has an American racing in the series.

We at Bikes Republic are devastated by the news. It’s a dark day for motorcycle enthusiasts everywhere.