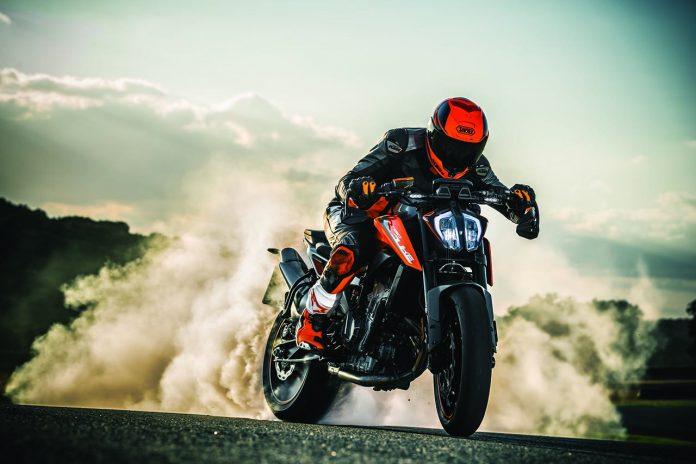 After months of speculation, the day has finally arrived and KTM Motorcycles Malaysia has officially announced that the much awaited KTM 790 Duke is now available in Malaysia for an unbelievable RM64,800 with zero rated GST, excluding insurance and road tax. 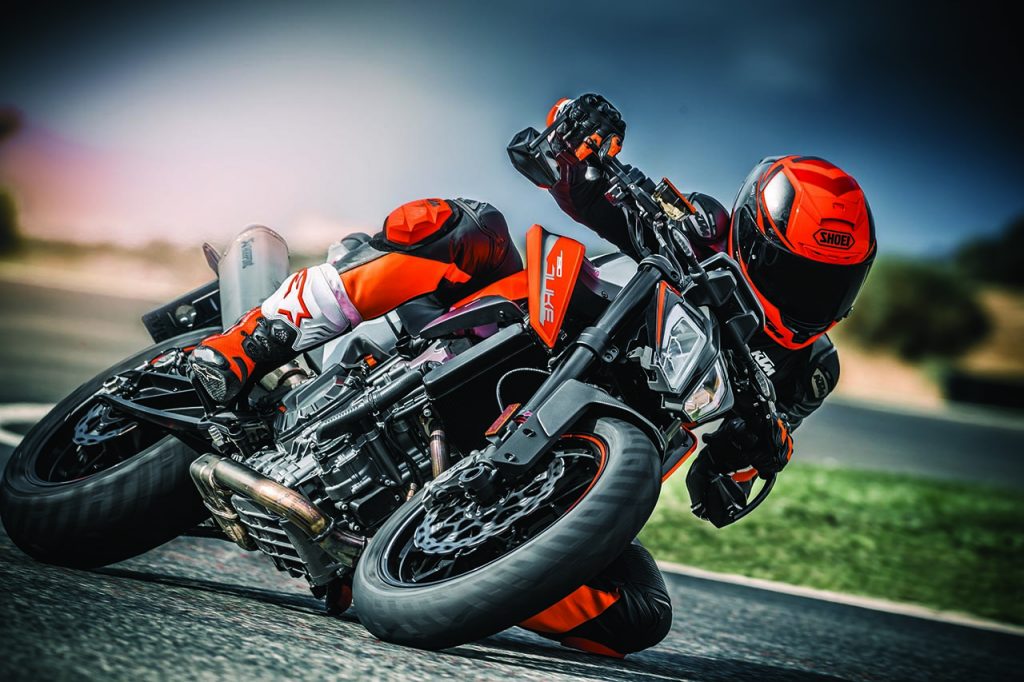 Dubbed ‘The Scalpel’, the new 790 Duke continues on the success of its single-cylinder 690 Duke, this time powered by a new 799cc, LC8c DOHC, 8-valve, liquid-cooled parallel-twin engine featuring a 75 degree crankpin offset. The offset was chosen to mimic the firing of order of its manic 1290cc 75-degree V-Twin big brother. KTM reverted to a parallel-Twin instead of a V-Twin for a more compact packaging, in aiming for better weight distribution and weight savings, hence a better power-to-weight ratio.

The new engine produces 105bhp at 9,000rpm and 87Nm of torque at 8,000rpm. It now features two balancer shafts to dampen vibration for a smoother ride. 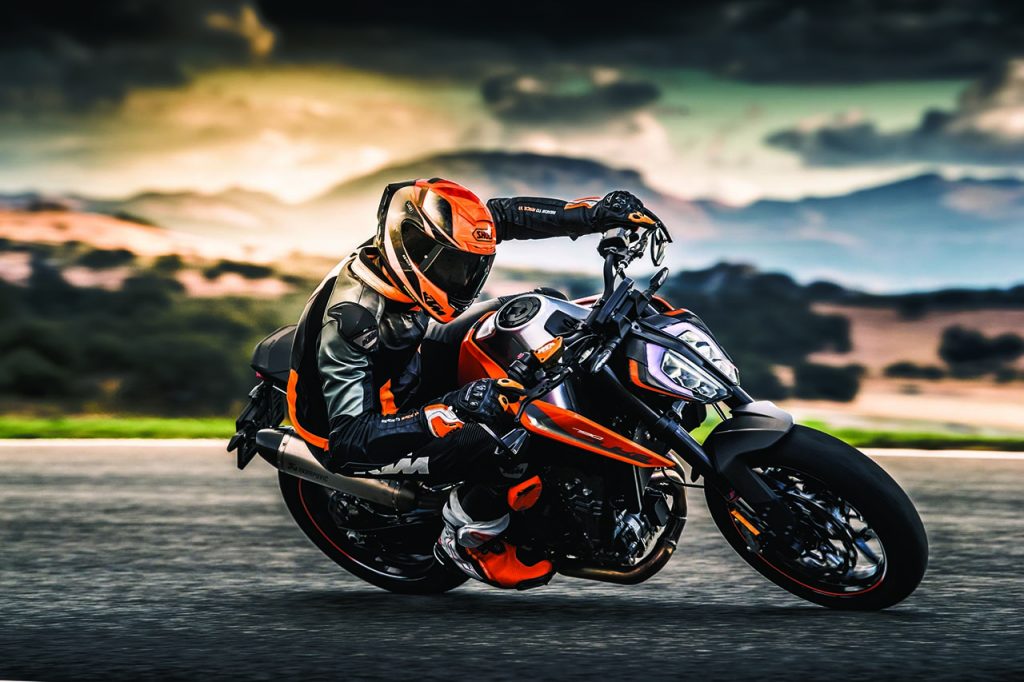 The engine is mated to a six-speed gearbox with KTM’s PASC power assist slipper clutch, that allows for ultra fast downshifting or decelerating without locking up the rear wheel, thus improving safety. 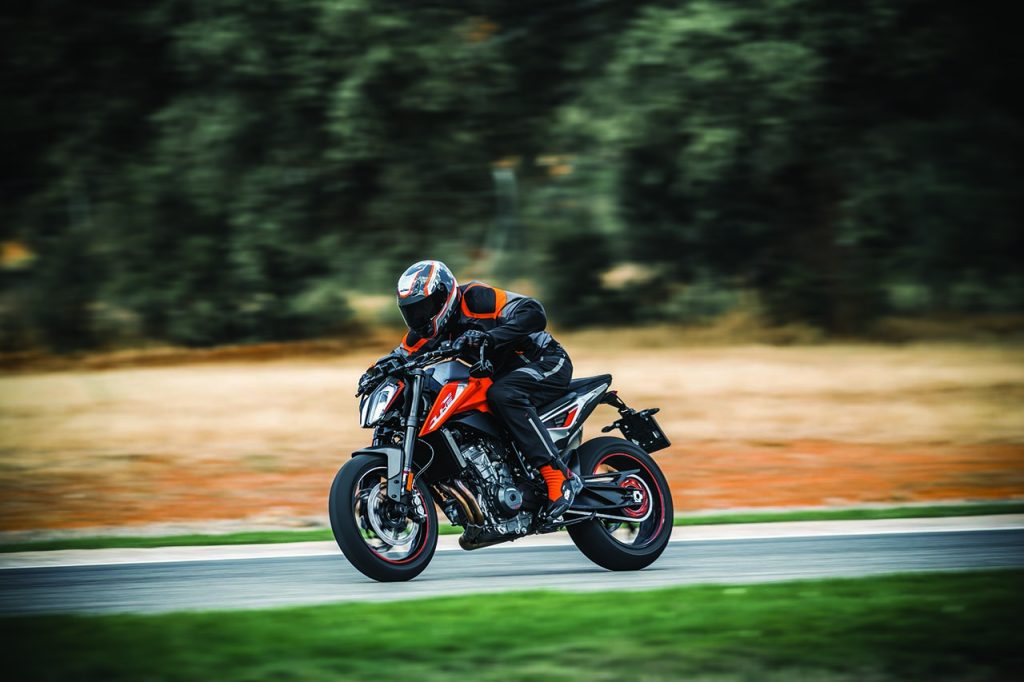 The new 790 Duke engine is then set in an all-new frame as a stressed member. The new frame comes with unique sections that have thinner-walls with molybdenum steel sections. KTM says the frame has a finely tuned rigidity distribution to offer the best possible sporty feel with maximum feedback to the rider. 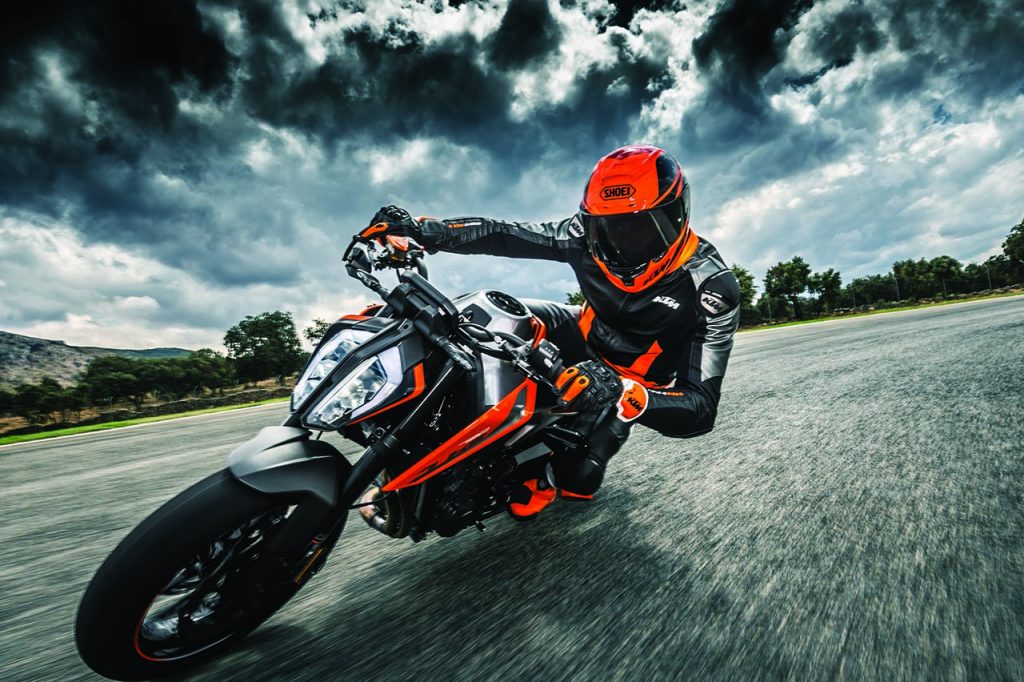 A consequence of the new frame gives the 790 Duke an attribute which Malaysians will love: Its seat height is only at 825mm. It’s very light, too, weighing in at 169kg dry. 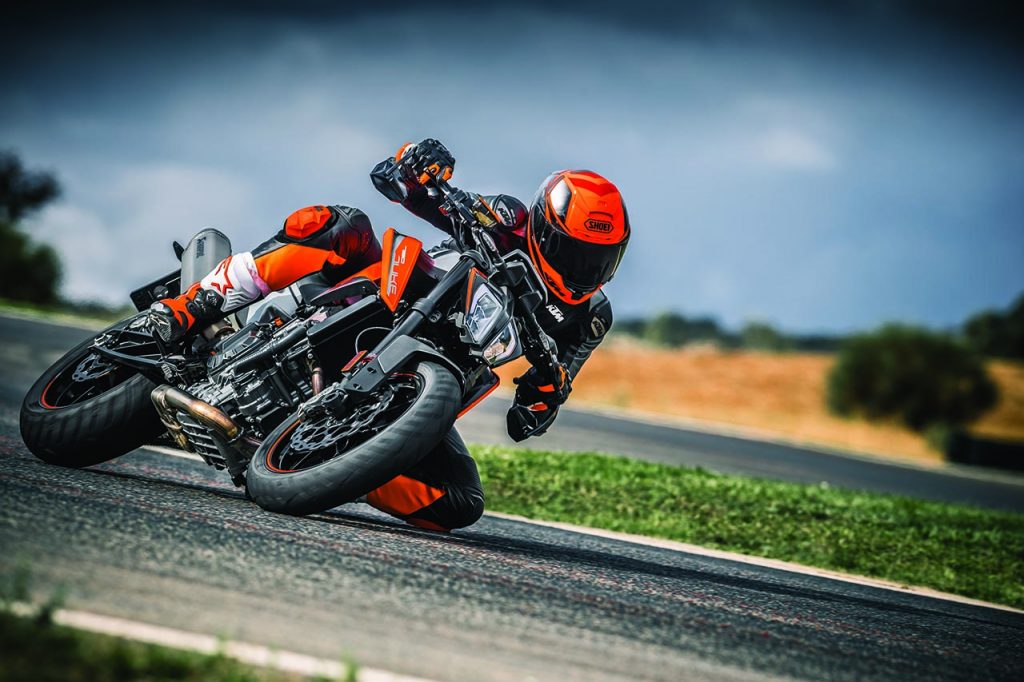 As for the suspension, the 790 Duke uses specially-developed WP 43mm open-cartridge upside-down forks up front with 140mm of stroke. The rear suspension is a gas-assisted WP shock absorber and adjustable for preload. A WP steering damper keeps front end movements in check. 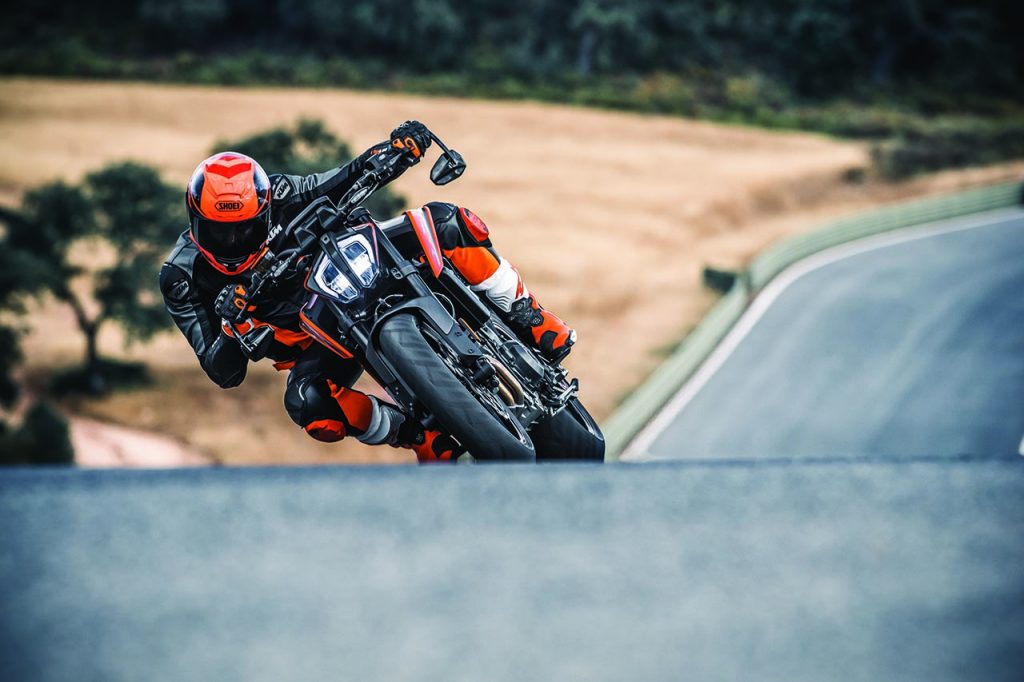 Other than that, the aluminium triple clamp has been tuned to match the flex of the forks. Steering rake angle is at 24 degrees while trail measures in at 98mm. Note that those are sporty numbers for a nimble handling bike. As with all KTMs, the handlebar is adjustable in four positions. 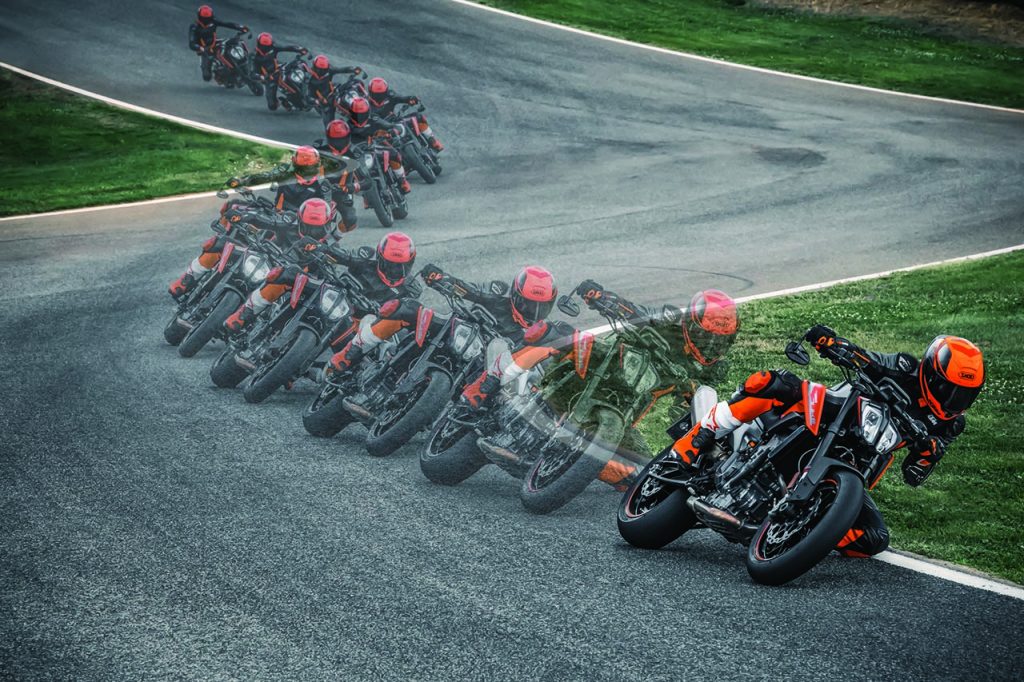 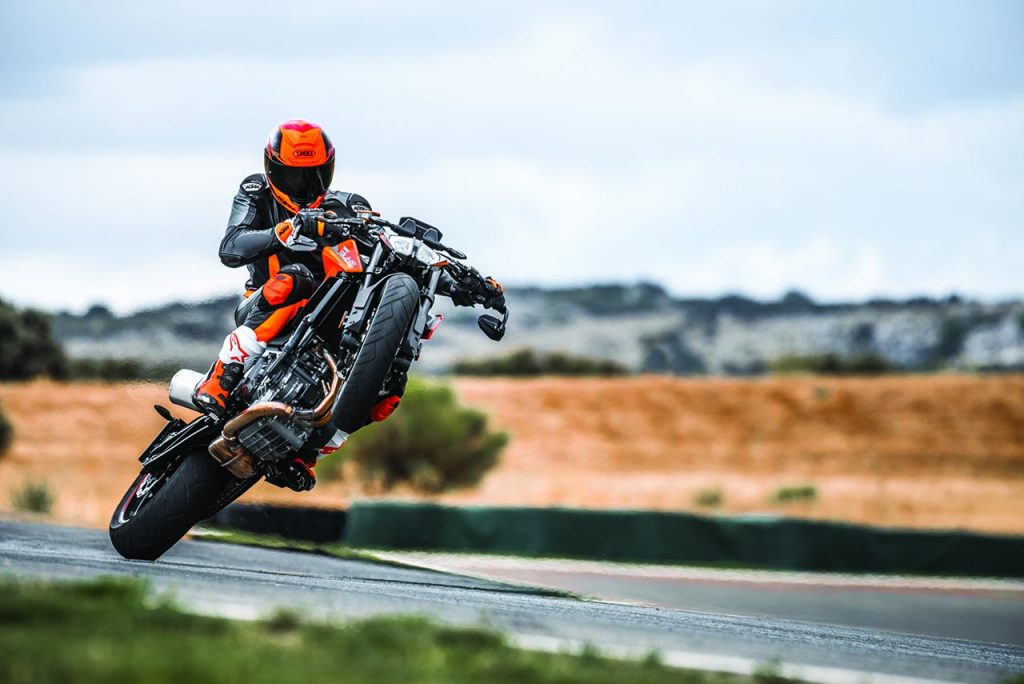 The new KTM 790 Duke is available in Malaysia as a CBU model and priced RM64,800 with 0% GST without insurance and road tax.