Look inside your helmet and lift the top comfort padding. You can then see the EPS liner which looks uncannily like the stuff on polystyrene cooler boxes that are used to keep the BBQ meat cool. In the case of helmets, on the other hand, the EPS is shock absorbing material underneath the hard outside shell. EPS is favoured because each node contains lots of air and acts to soften the blow by deforming.

However, the material is can be easily damaged and susceptible to erosion by chemicals. This is why you need to replace your helmet every five years.

Scientists and helmet manufacturers have long sought to produce something better than EPS. But behold, there’s a new liner called Koroyd which made its debut in Klim K5 adventure helmet. 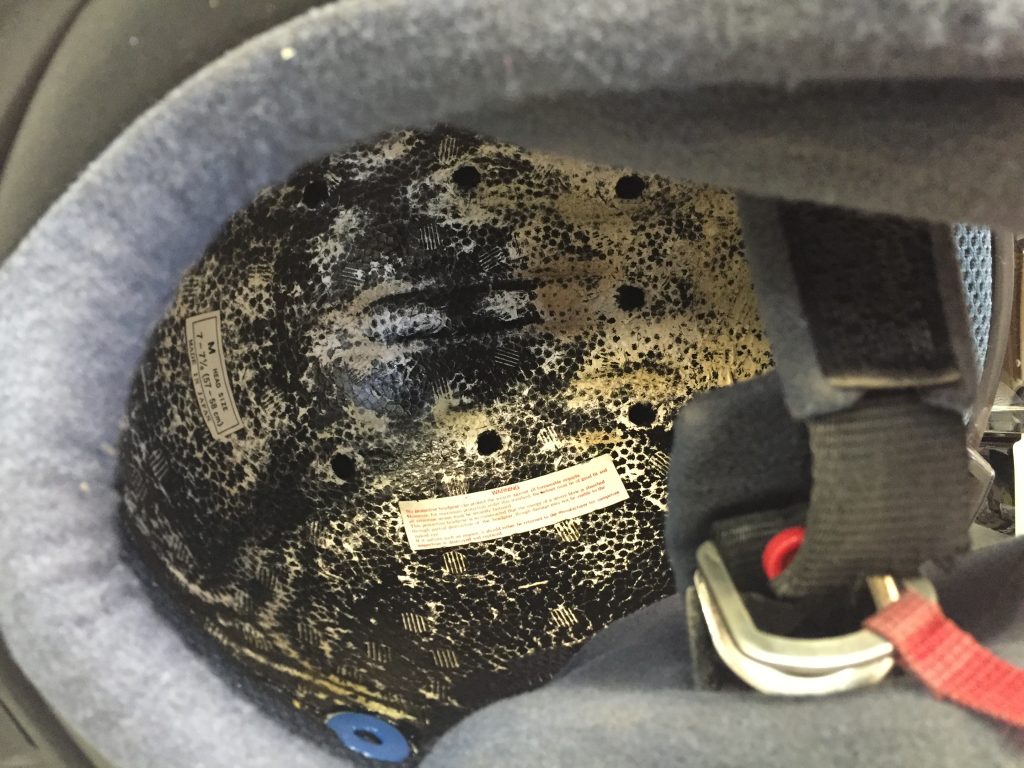 Instead of layers of poly, Koroyd is made up of polymer tubes. The tubes are then attached together, forming a honeycomb. As such, it’s able to absorb shocks but will bounce back from low-impact ones. It means that dropping the helmet may not deform the liner.

Koroyd deforms up to 84%, compared to EPS’s 60%. This translates to higer shock absorption thereby providing higher protection to the wearer’s head and brain.

Besides being more shock absorbent, the new material provides better cooling to the head as there are much more open spaces to allow for better airflow. Conversely, EPS granules are packed tightly together hence doesn’t flow air unless punched/drilled through like in all current helmets.

Koroyd’s lead scientific consultant Dr. Priya Prasad studied accident data for 40 years. “The current safety standard are over 20 years old. This new liner is a major step in the right direction that will improve rider safety significantly,” he said.

But as with most new tech, it isn’t cheap. In the UK, the Klim Krios Pro with Koroyd costs £525 compared to £375 for the standard model.

The price will drop given widespread use, if it finds industry-wide acceptance.