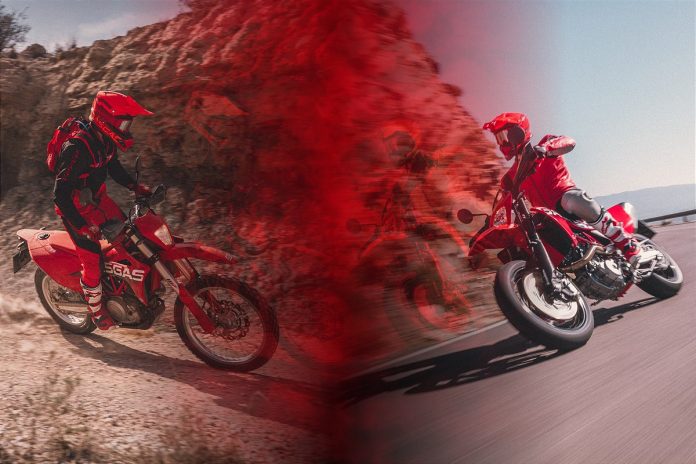 Earlier this week, the GasGas brand unwrapped two new offerings, those being the ES 700 dual sport and SM 700 supermoto. Notably, both stand as the KTM-owned Spanish brand’s first ever venture into making on-road bikes in its 37-year history.

Though renowned as off-road specialists, with an enviable reputation for its Supermoto, Enduro and Trail motorcycles over the years, these new offerings mark a significant shift in philosophy for the brand – a move spearheaded by owners KTM (Pierer Mobility).

Predictably, the new duo are spin-offs of the existing KTM 690 SMC R platform – which also covers the Husqvarna 701 Supermoto/Enduro twins. Both the SM 700 and ES 700 come dressed in a striking ‘fire engine’ red livery matched with white decal graphics.

At the heart of both is KTM’s signature 692cc big-bore single-cylinder that thumps out 74HP. Both also boast ‘state of the art’ electronics that promises ‘precise throttle response on tap’, as well as a six-speed quick-shift gearbox primed with a slipper clutch, plus a decent 13.5 litre rear-mounted tank 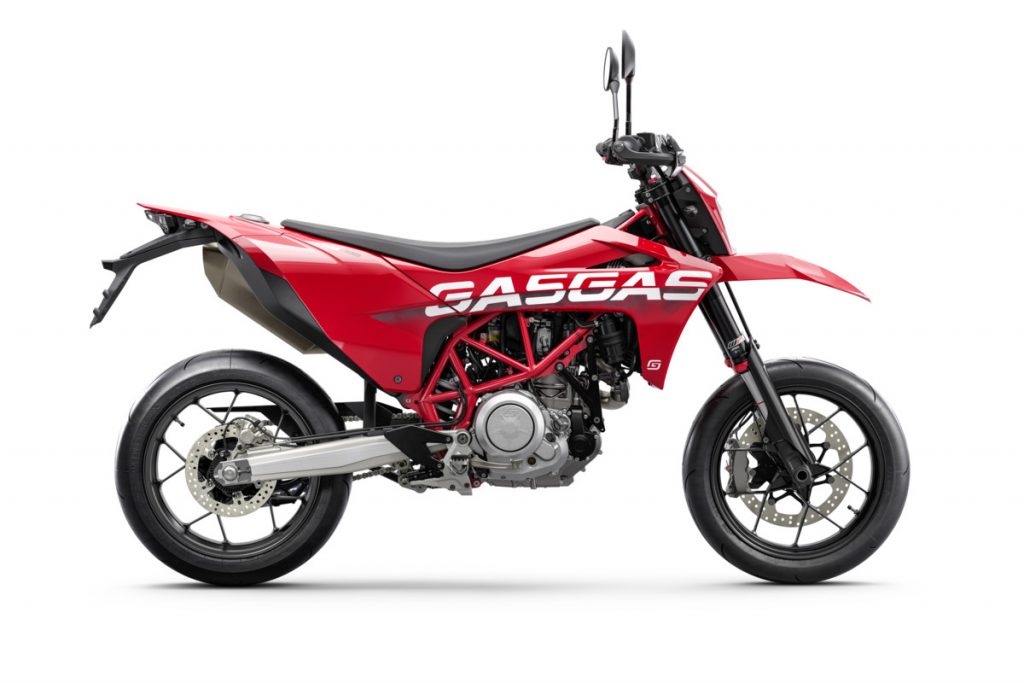 As expected, the SM 700 supermoto errs more towards daily street use thanks to its adoption of on-road biased 48mm WP suspension setting plus fully-adjustable rear shock. It also gets 17-inch cash alloy wheels wrapped in Continental ContiAttack SM Evo rubber. 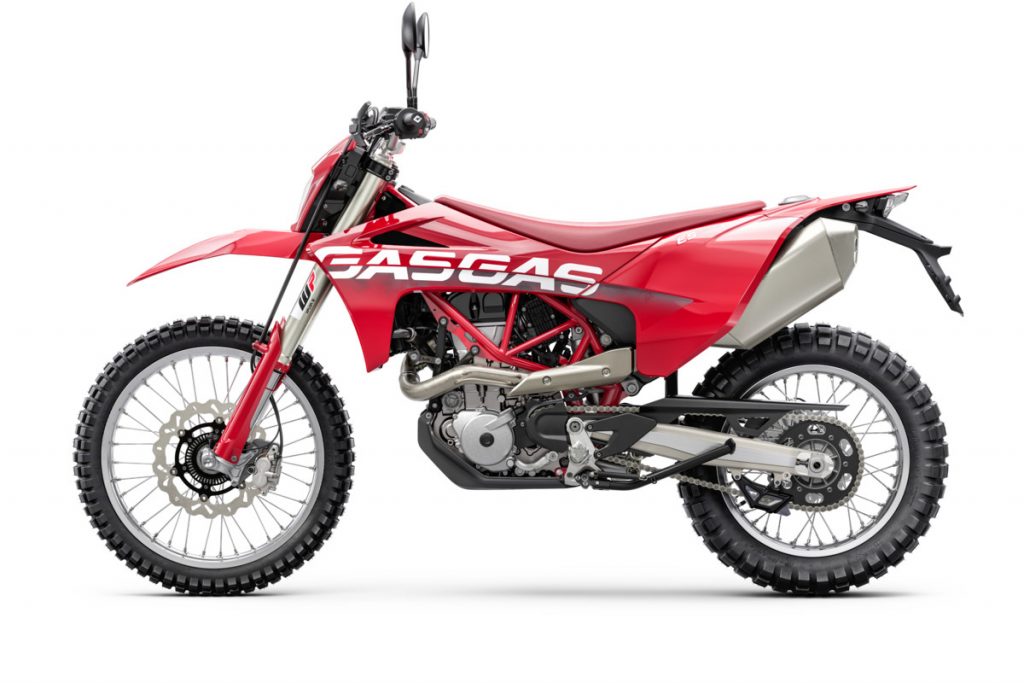 The ES 700, on the other hand, is built to bomb trains thanks to its adoption of WP XPLOR suspension that offer 9.8 inches of travel fore and aft. It also gets a 21-inch front wheel and 18-inch rear wheel setup wrapped in Continental Twinduro TKC 80 tires to suit both on- and off-road duty.