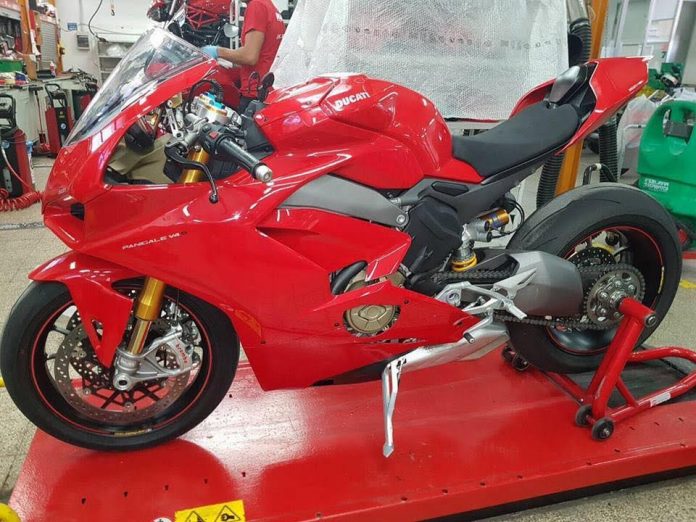 The upcoming Ducati Panigale V4 is not due to be official unveiled for another two months or so; Ducati will take the wraps off of it on November 5th, most likely during this year’s EICMA show. But because it is arguably the most anticipated motorcycle of the year, photos and teasers have already been hitting the internet for a while now.

The photo above was published in a few motorcycle websites and blogs, and shows what seems to be the full production ready machine. 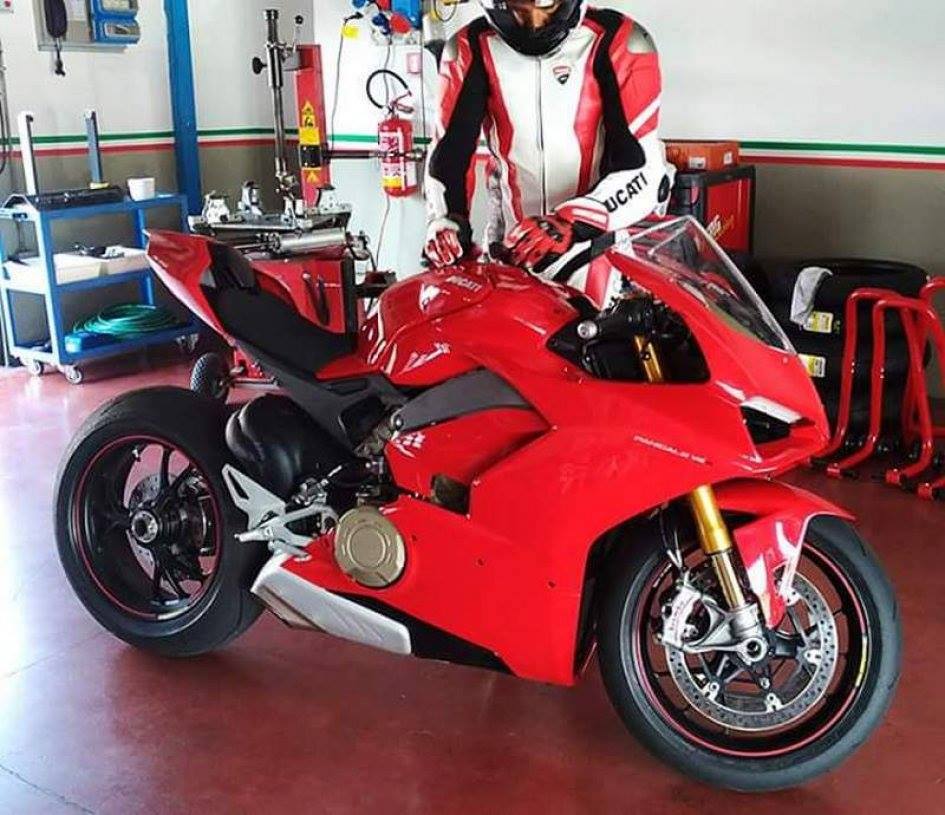 The fairing is probably the biggest change to the new Panigale V4. The wordings on the side that clearly read Panigale V4 also confirm the fact that the new Ducati will retain the Panigale branding.

From these photos we can deduce that the new Ducati sports bike does not look all that different from the model it replaces. The headlights, seat and tail unit seem to be largely the same as the old bike.

But despite looking visually similar, the fairing is all-new, with the headlight recesses looking more like air ducts than headlight mounts. It is likely that the recesses will play a dual-role of channeling air to the radiators as well as headlight mounts.

Not much else is know about the new V4 except for the engine. According to Ducati, the new 1103cc V4 engine is derived from the race spec Desmosedici engine used in MotoGP. It produces 210hp and 120Nm of torque. There will also be another engine with less than 1000cc but producing more power. Ducati says that the engine will be used in the new Panigale R, and is already in advanced stages of testing.

Listen to the sound of Ducati’s new V4 engine in the video below: