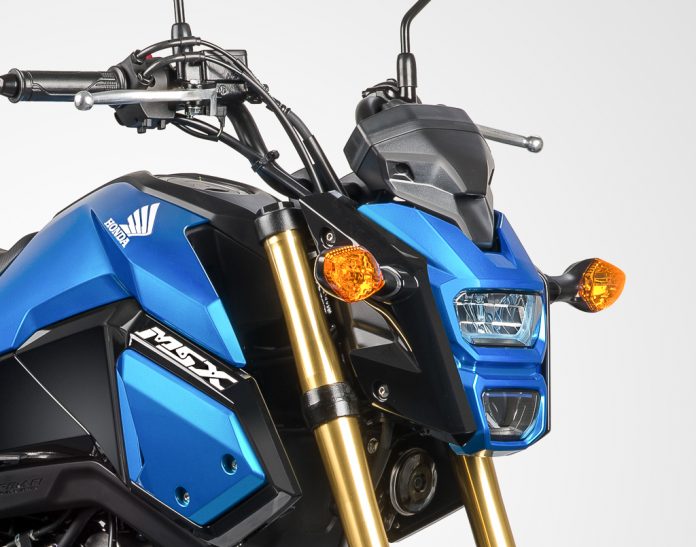 Interested in getting one? The asking price for each of these babies is RM11,128.94 (basic price with GST). 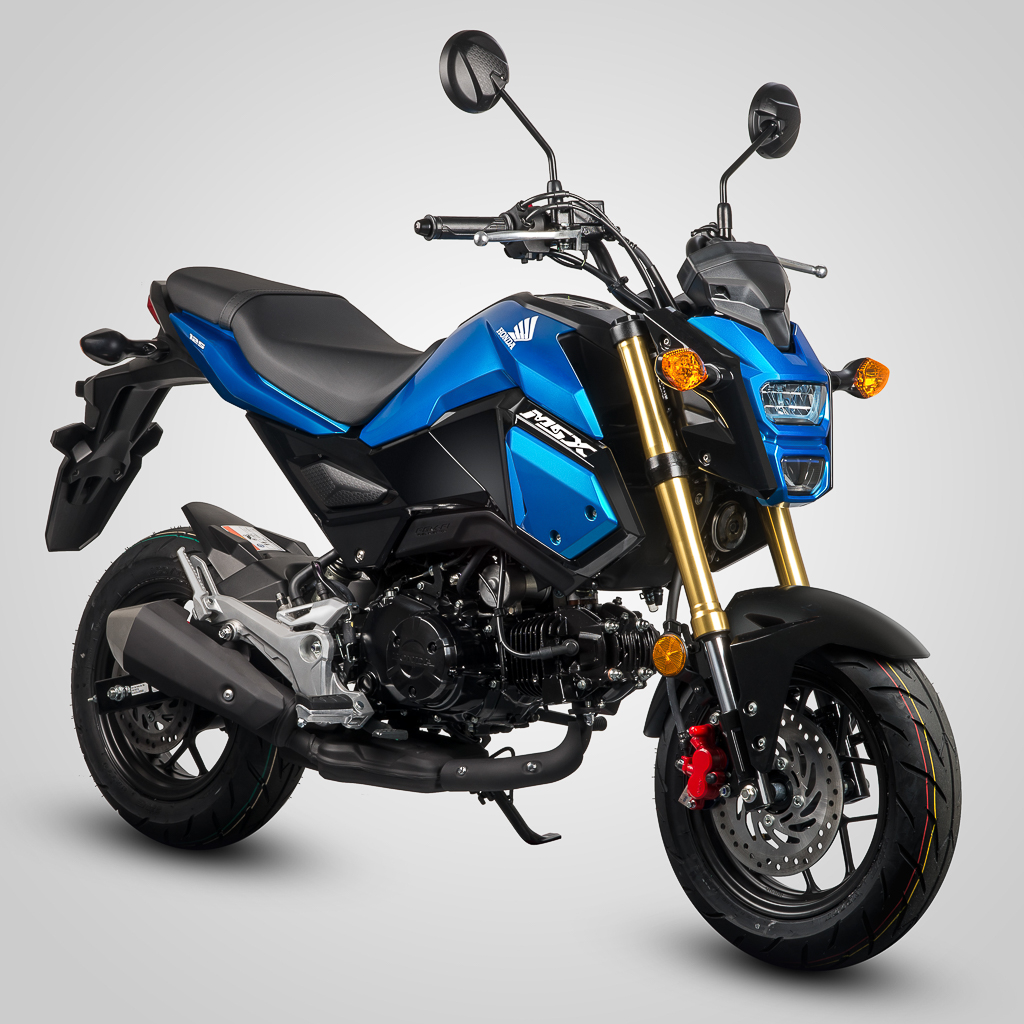 Boon Siew Honda (BSH) has announced that their pint-sized mini bike will now be available in four new attractive colours. Ever since the Honda MSX 125 was introduced into the Malaysian market at the end of last year, the mini bike or pit bike has been gathering quite a fan base in the country. 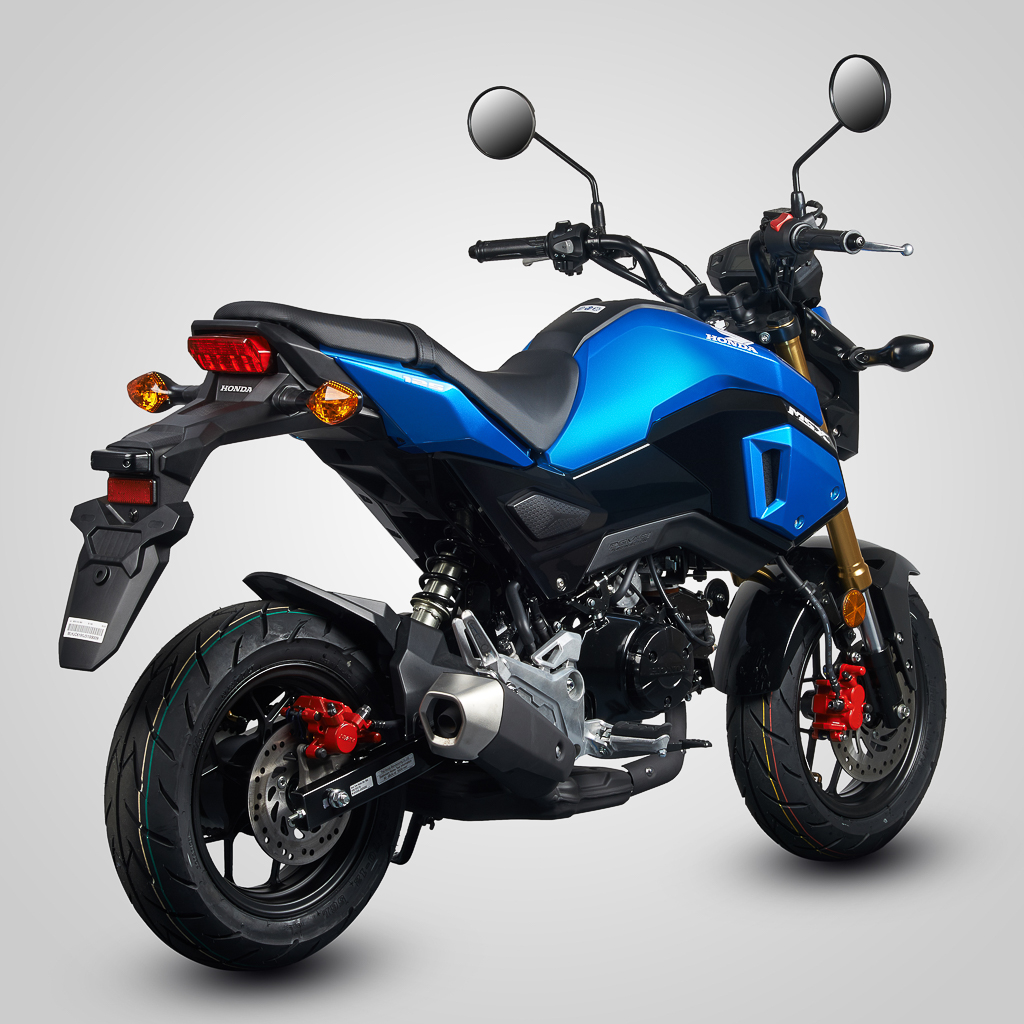 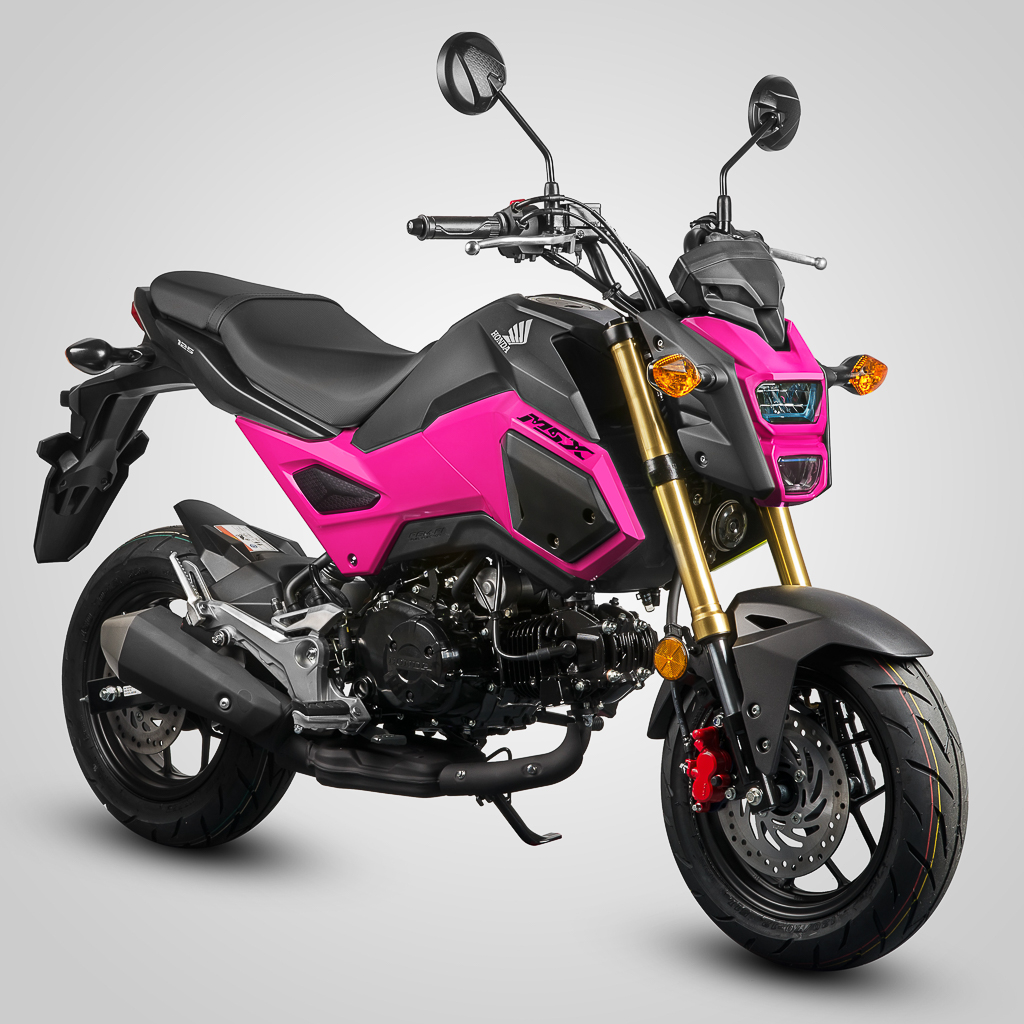 Back when it was launched here, there were only two colours available for purchase; Burning Red and Hyper Yellow. To add more diversity and freedom of choice into the exciting MSX 125, the boys at Boon Siew Honda have decided to make the MSX 125 available in four new awesome colours; Candy Caribbean Blue Sea, Candy Ultimate Pink, Pearl Valentine Red, Lemon Ice Yellow. 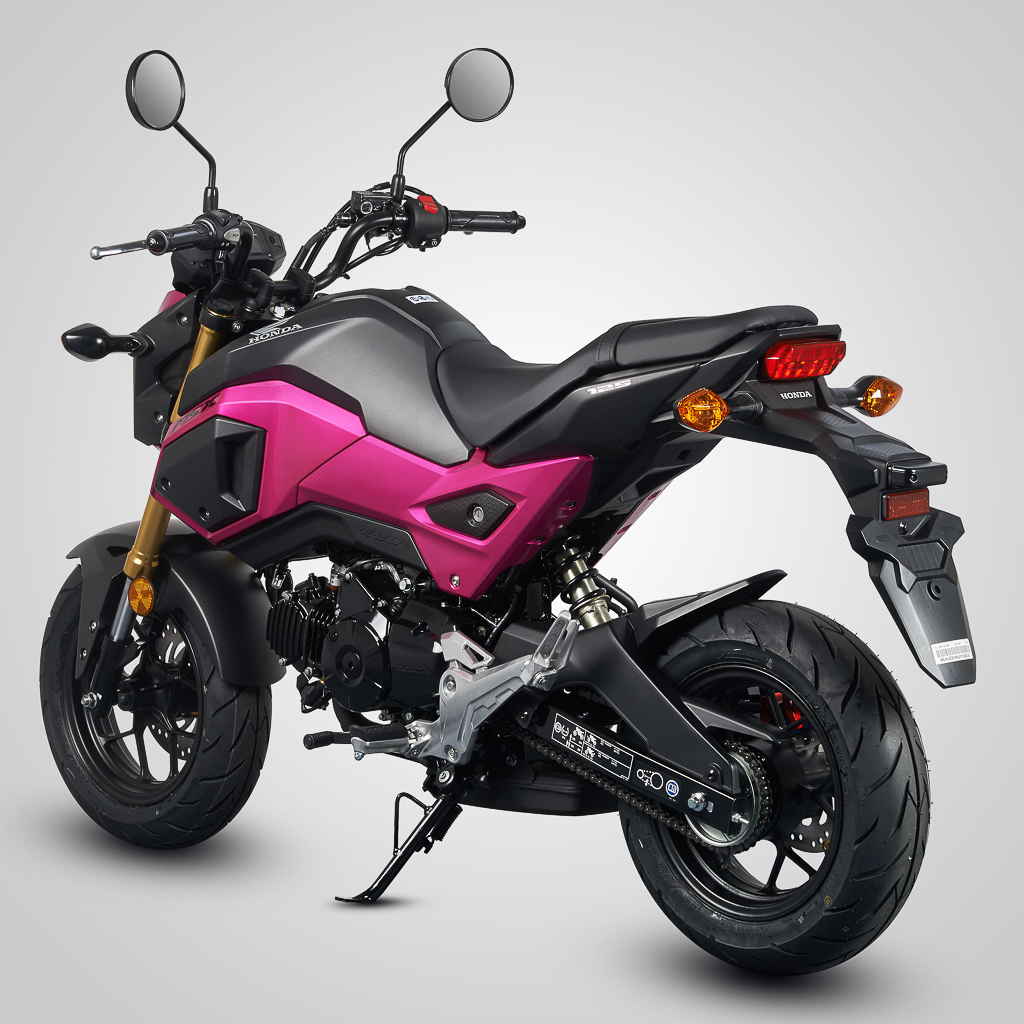 Those who are unfamiliar with the latest MSX 125 should know that it’s a small bike with big bike attitude. Powered by a single-cylinder, air-cooled, fuel injected engine, the 125cc power plant produces a nice 9.7hp at 7,000rpm and 11Nm of torque upon hitting 5,250rpm. All the power and torque are transferred down to the rear wheel via a four-speed manual transmission with final chain drive. 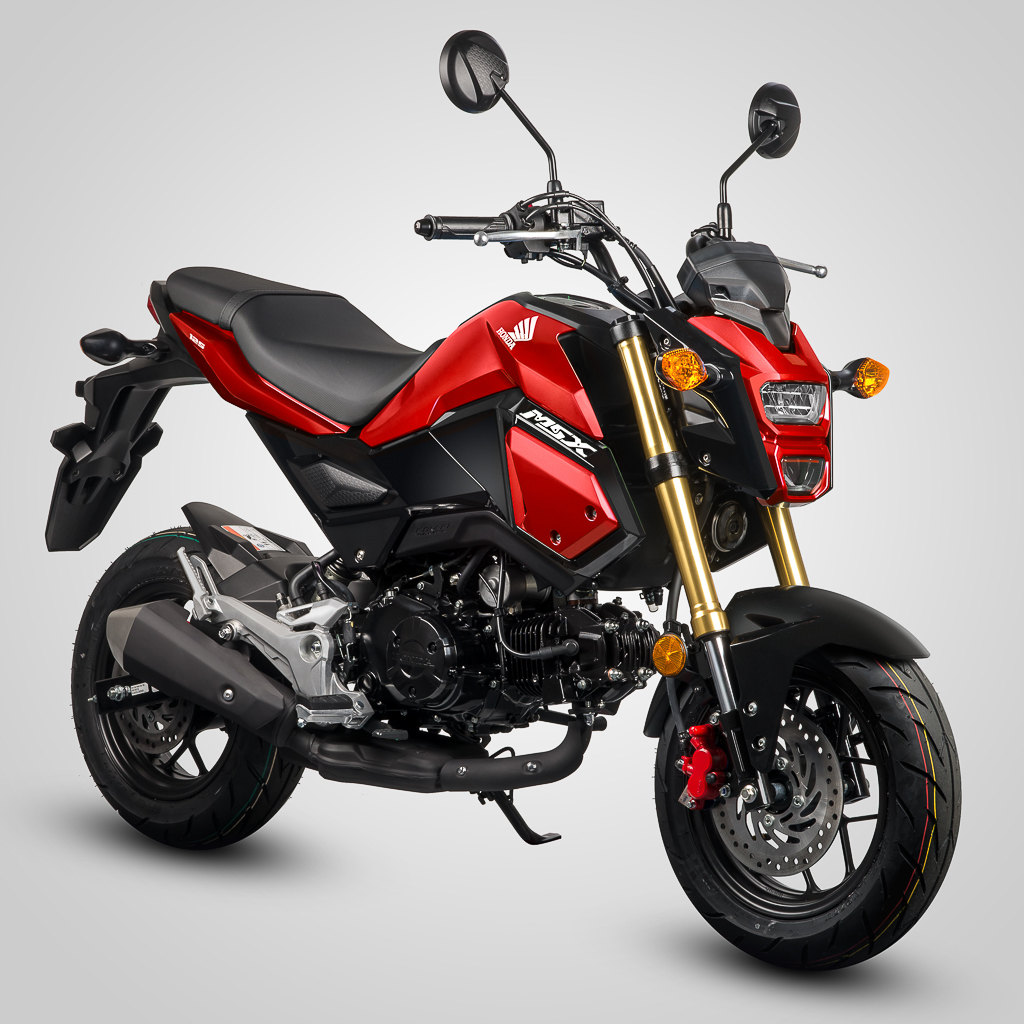 CLICK HERE to read more on our extensive review of the 2017 Honda MSX 125. 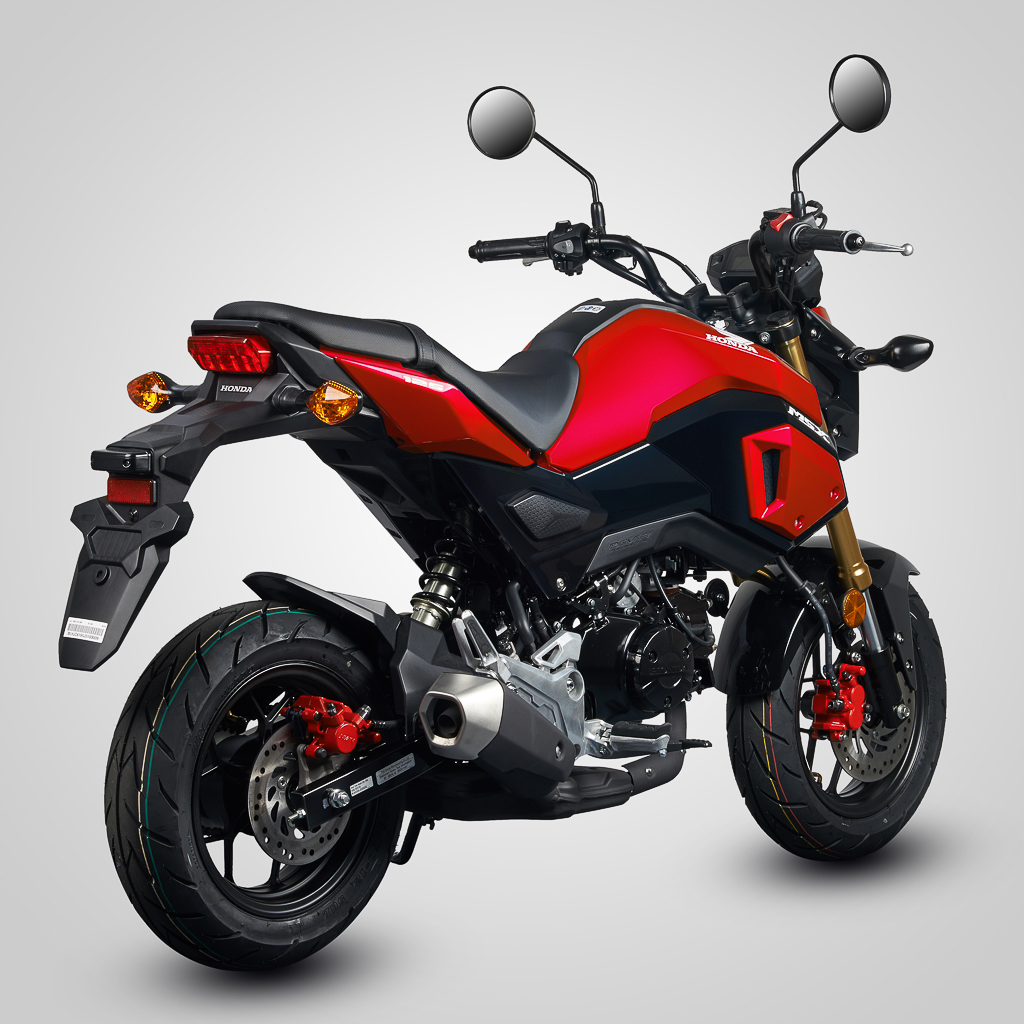 The entire construction of the MSX 125 is a gathering of parts inspired from its much bigger siblings. Take the front golden upside-down telescopic fork for example. While most bikes around the 250cc still use the normal non-inverted forks, the MSX 125 gets the goodies to make it stand out above the rest.

The braking package is not to be messed with either considering it has all-round disc brakes. Not many manufacturers can say that their 125cc pit back has that plus full LED headlights to give it a more futuristic look and appeal.

Interested to check out the other models available from Boon Siew Honda? CLICK HERE to check out all the Honda bikes available in Malaysia via our exclusive Bike Buyer’s Guide!