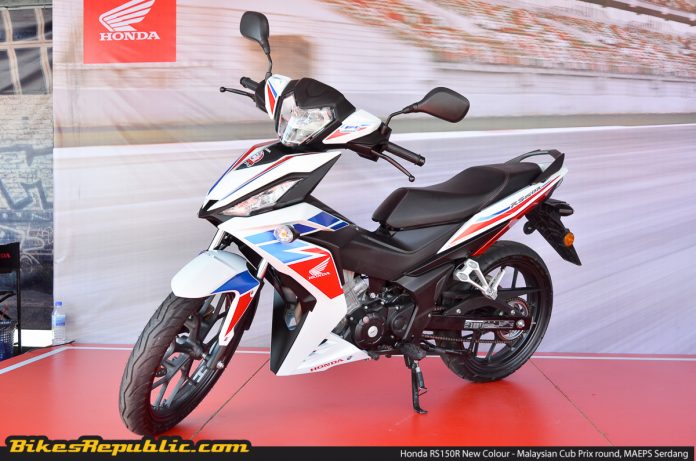 The pair of Honda RS150R was brought in on Sunday afternoon sporting a very different and unique colourway, Black and White with Red and Blue accents.

BSH officials stated that the colour is still a concept for now but will be available soon if all the surveys and feedbacks are positive (which we think it will be). 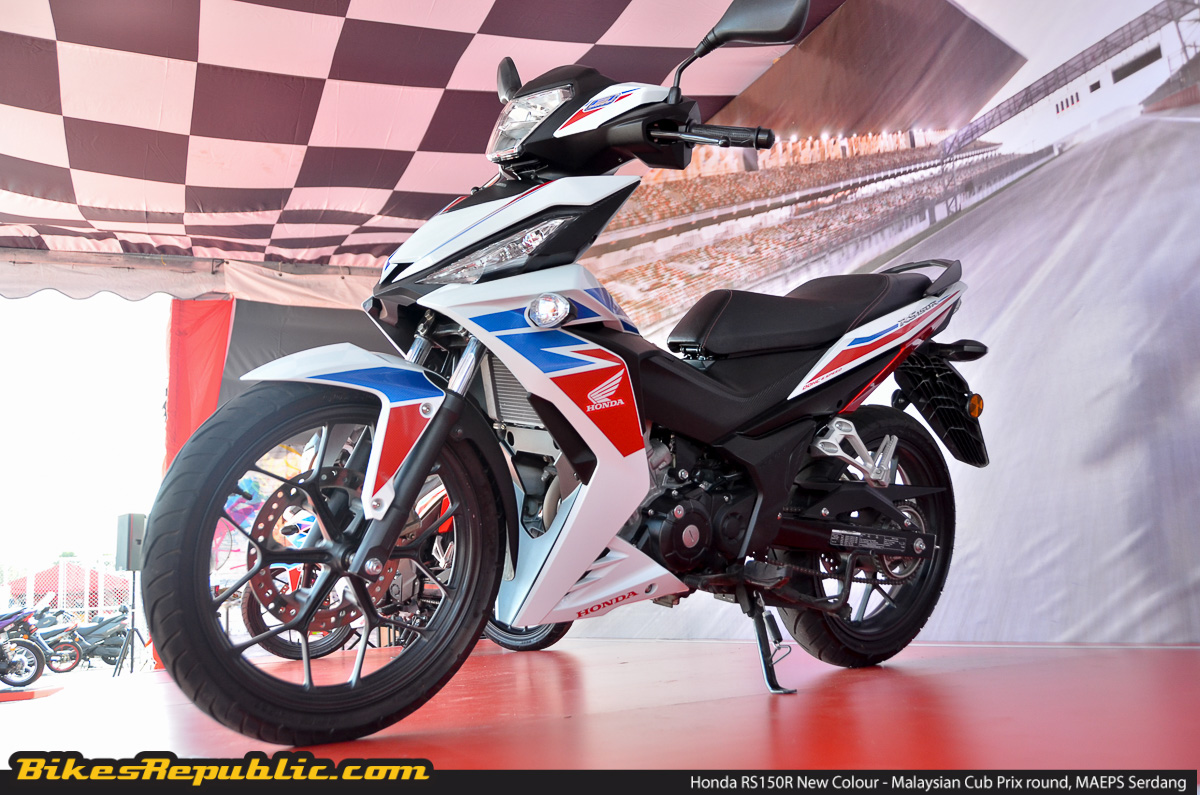 During the latest Malaysian Cub Prix round which was held last weekend at the Malaysia Agro Exposition Park Serdang (MAEPS) located just a stone throw away from Putrajaya, a lot of folks head over to the makeshift road circuit to witness some young talents ripping through the track with their race machines. 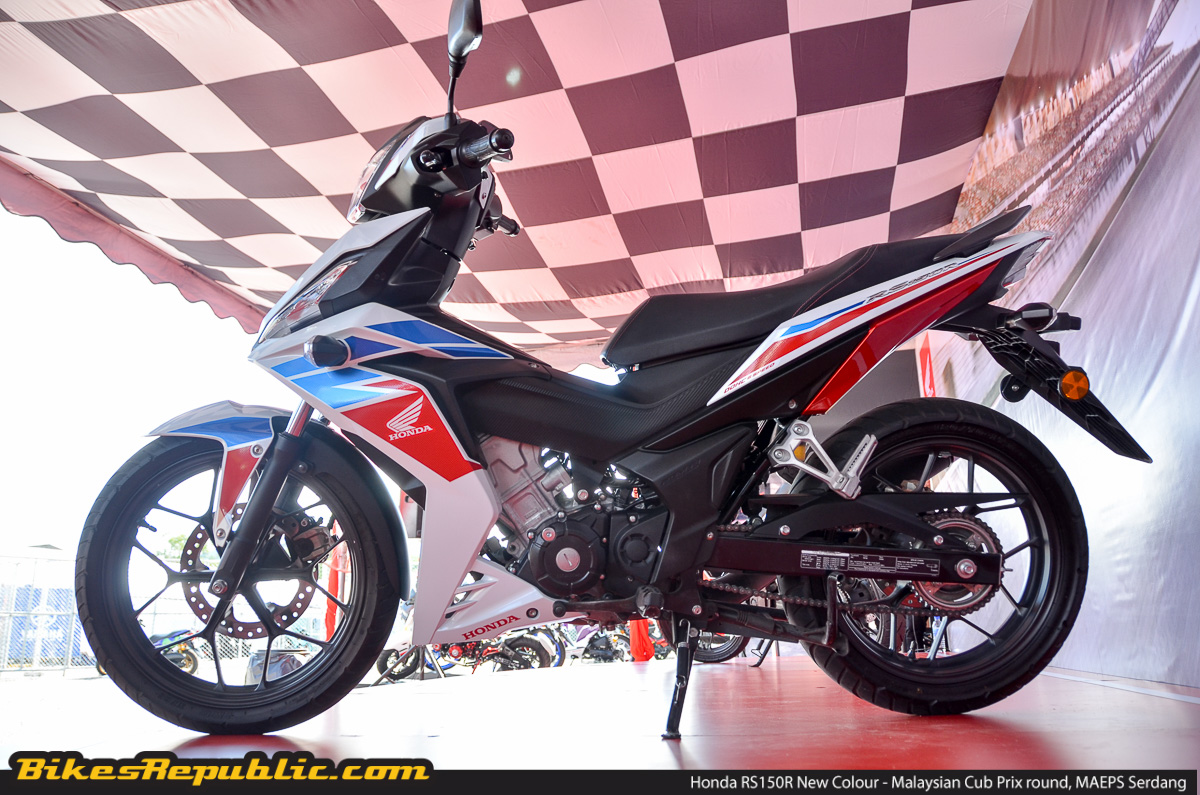 Like most race weekends, they’re usually accompanied with companies setting up promotion booths to promote their latest goods, products and services. One of the biggest highlights situated right at the very near of the road circuit is none other than Boon Siew Honda. As usual, they were there to promote some of their motorcycles, merchandises and entertain the crowd with some fun games and activities. 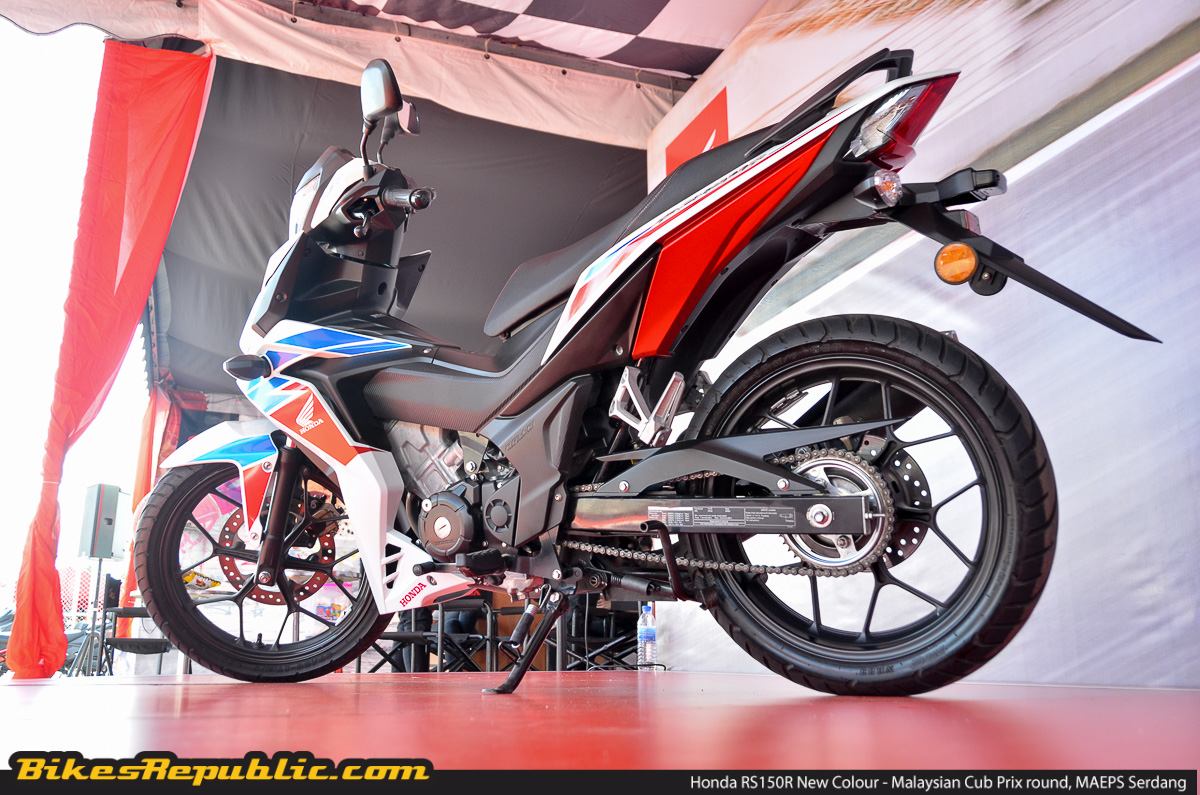 Yesterday afternoon was something a bit special posted nicely on their little stage situated right in the booth. There’s a couple of Honda RS150R which to some folks here in Malaysia can agree as one of the most best high performance cubs or “kapchai” yet in the country but the ones on stage looked a bit different. 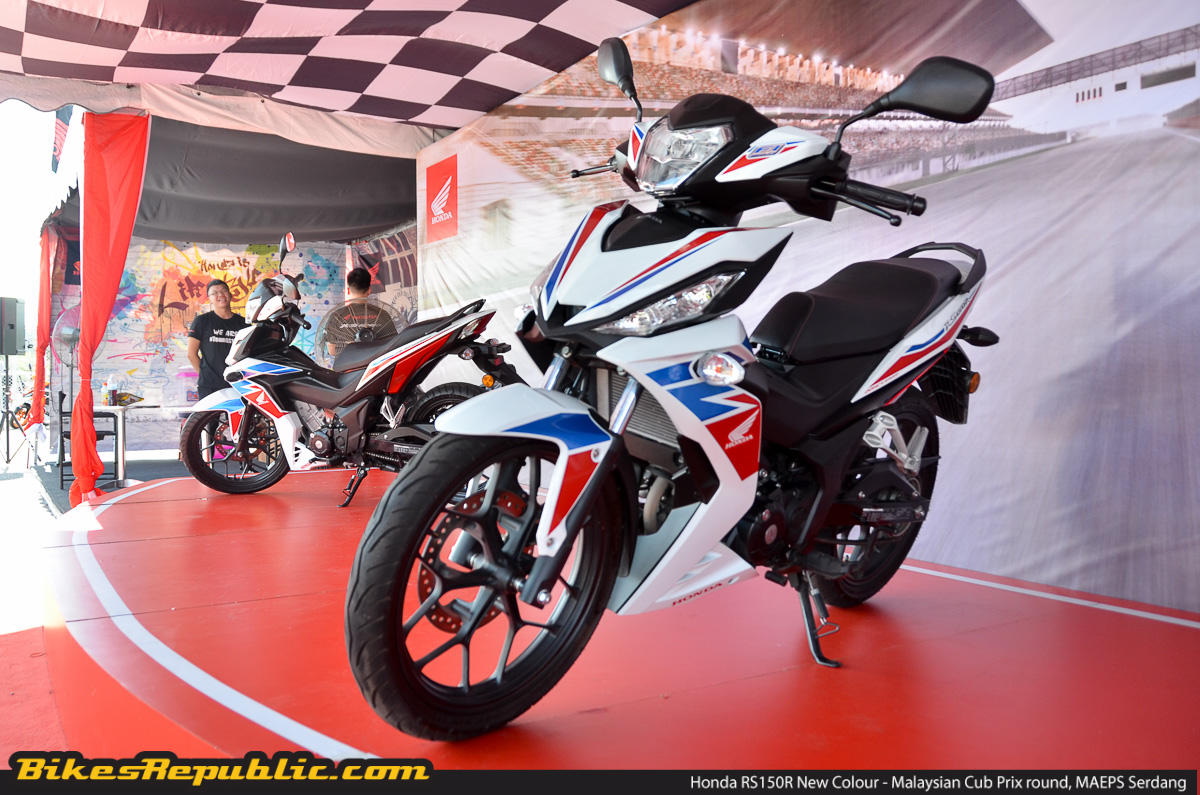 The ones of stage sported a very nice black and white colourway with some red and blue accents to elevate the bike’s appearance even further. Some of the blacked out plastic parts where etched with the carbon fibre look giving the RS150R a more premium look which we think looks stunning. 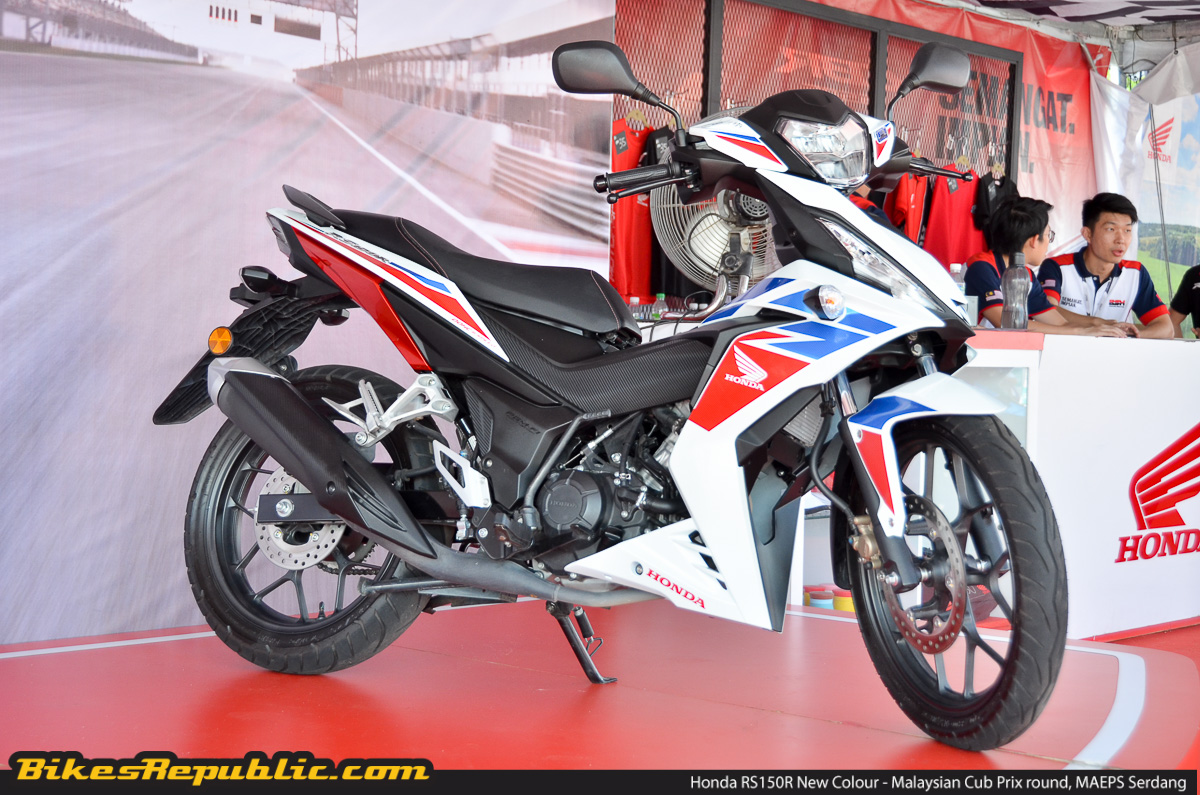 Reminiscing back to just a couple of years ago, we were reminded of the previous generation Honda CBR250R which were enveloped in similar colour styling but it seems like this same colour combination looks stunning on the RS150R. 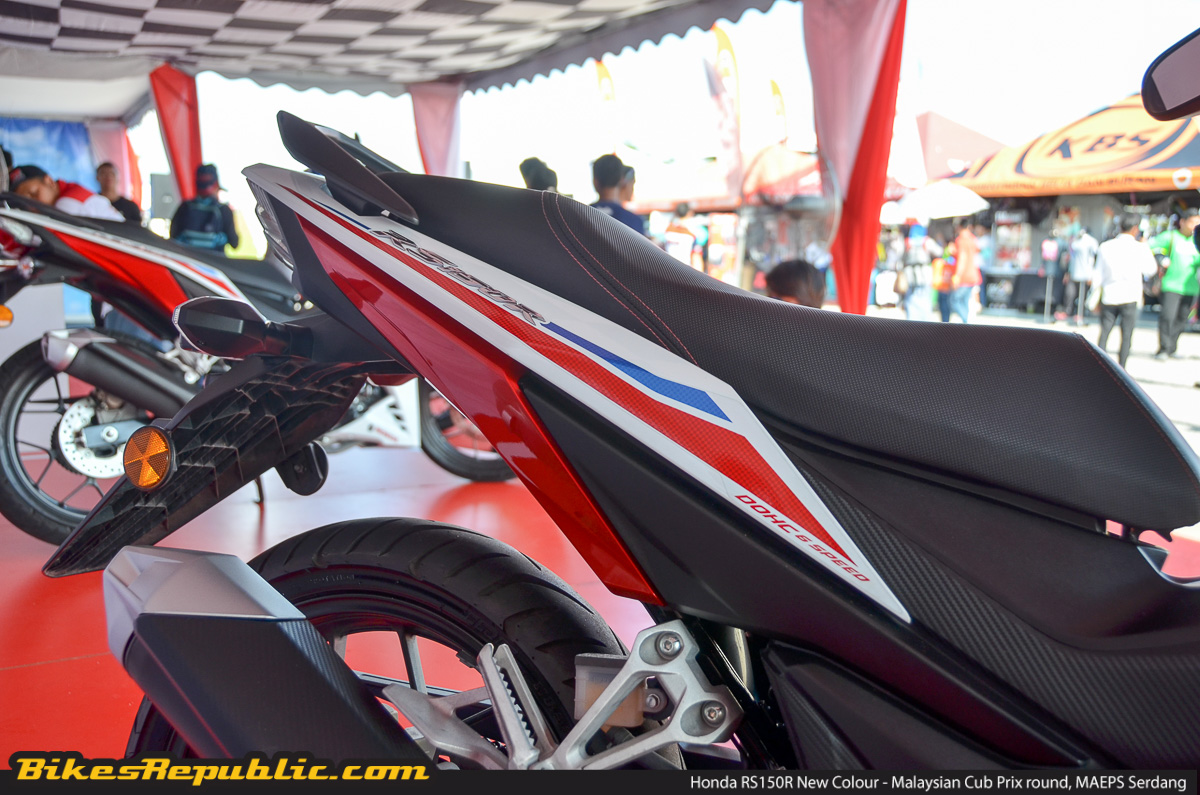 So is this colour available for public purchase? Well, yes and no. When asked regarding this matter, Boon Siew Honda officials stated that the colour is still a concept and is currently going through a number of surveys and feedbacks before the decision is made. If everything looks great (which it does), this new colourway can be available as early as August this year. 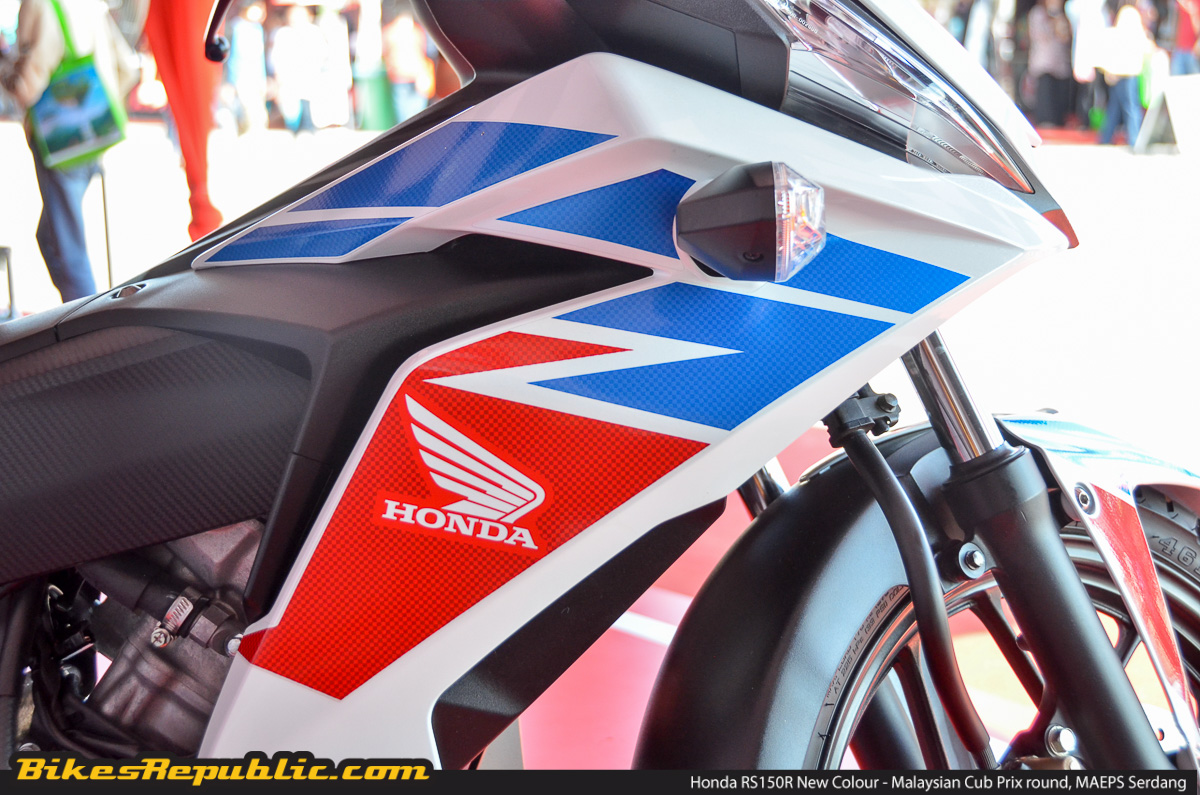 So what do you think? Pretty, isn’t it?