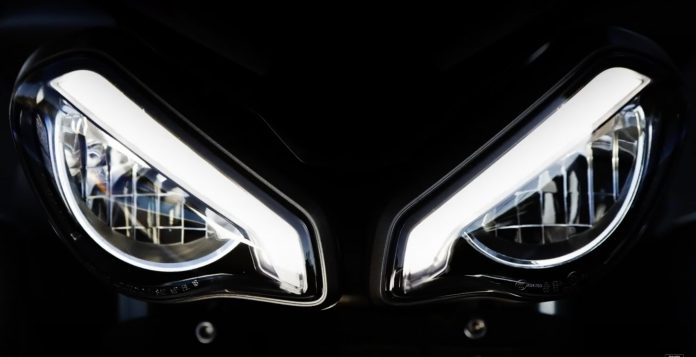 It’s confirmed: A new 2020 Triumph Street Triple RS is one the way.

As with the impending launch of new models, Triumph released a teaser video of the new Street Triple RS. Test mules had also been spotted a number of months earlier.

The video shows a heart-pounding run up to a corner while being accompanied by the triple’s distinctive and awesome soundtrack.

What we know is the new bike’s engine will be Euro 5 compliant but what we don’t know is what state of tune the engine will take on. As in our earlier report, the exhaust collector will house two catalytic converters.

There’s much speculation (hope, actually) that it’ll be fitted with some of the stuff from, or at least learned, from Triumph’s role as the sole engine supplier to the World Moto2 Championship. The current engine produces 121hp and 77.3Nm of torque. Will we see a hike to 135 horses? Please, please, please!

There will surely be updates in other areas, too.

The twin headlamps will take on a new look, there may be slight changes to the swingarm, and there’s a big chance that the instrument cluster will feature GoPro control a la the Scrambler 1200 XE.

The Street Triple RS remains this writer’s favourite all-time bike, so it’s interesting how the new bike will turn out on October 7th.