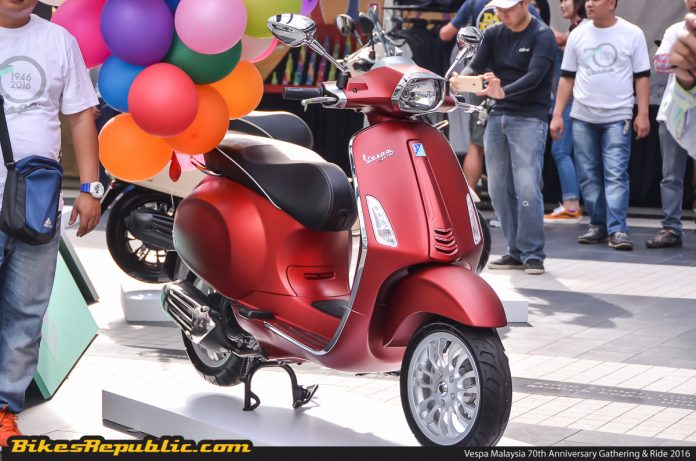 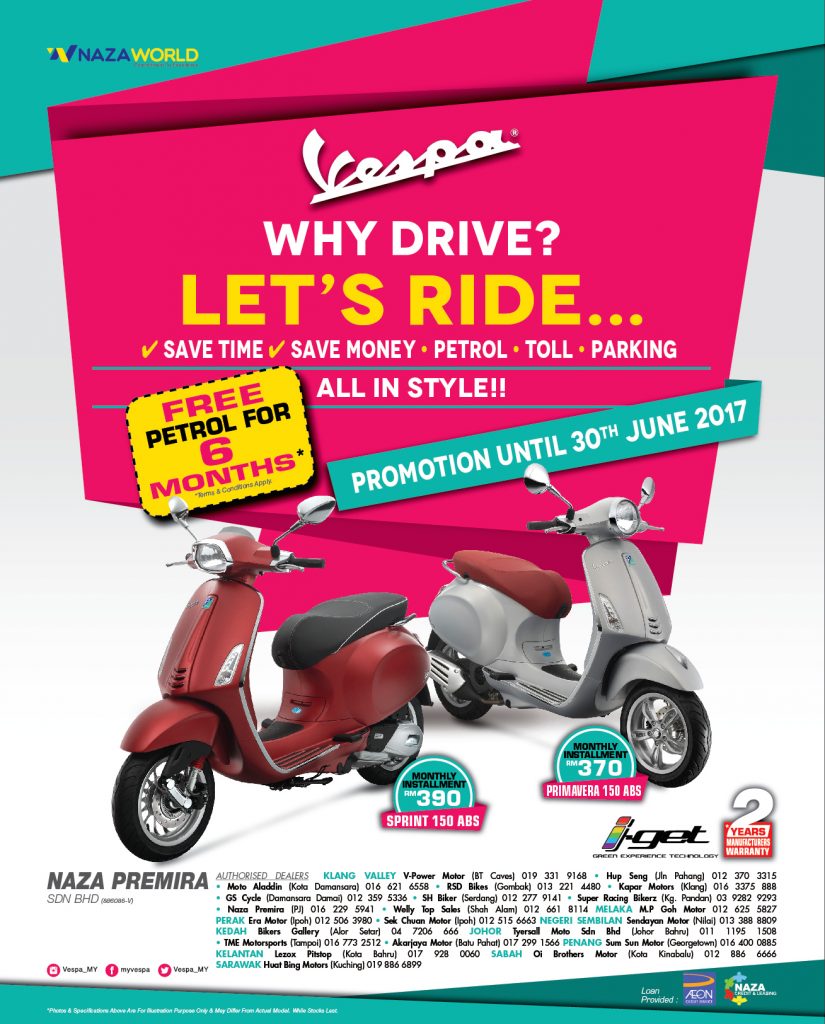 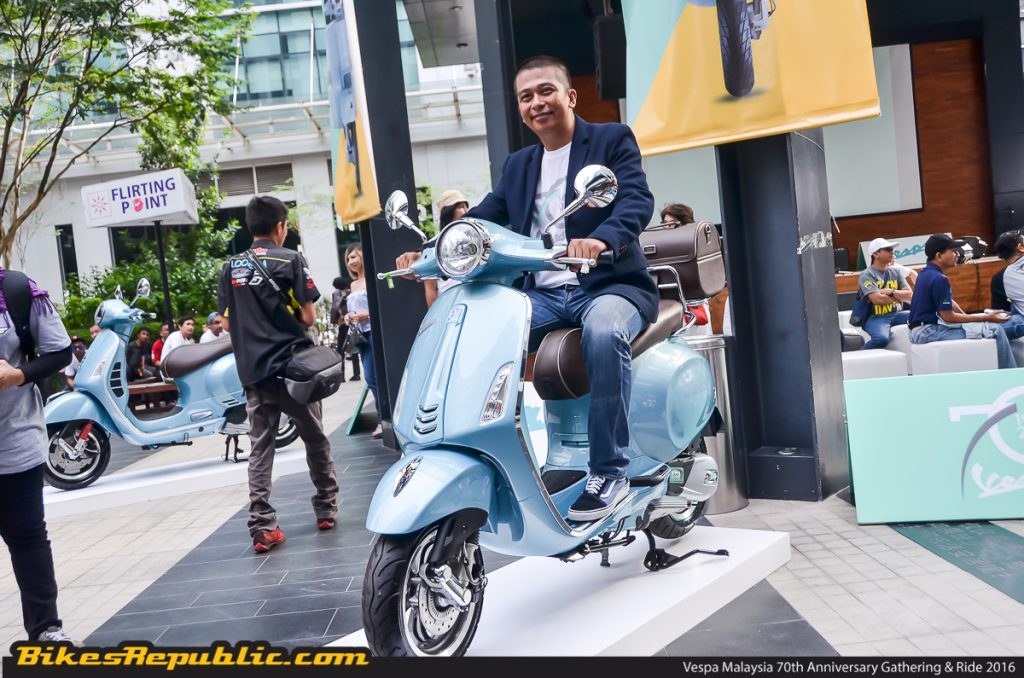 According to Mr Farouk Faisal, CEO of Naza Premira Sdn Bhd, he stated that “In the prevailing conditions of rising fuel costs, tolls and parking charges, we are promoting the idea of riding Vespas to work as an alternative to driving cars whilst maintaining the spirit of style and adventure. Vespa models now come equipped with new fuel-injected I-Get engine, anti-lock braking system (ABS) as well as USB port which provide fuel efficiency, safety, as well as convenience”. 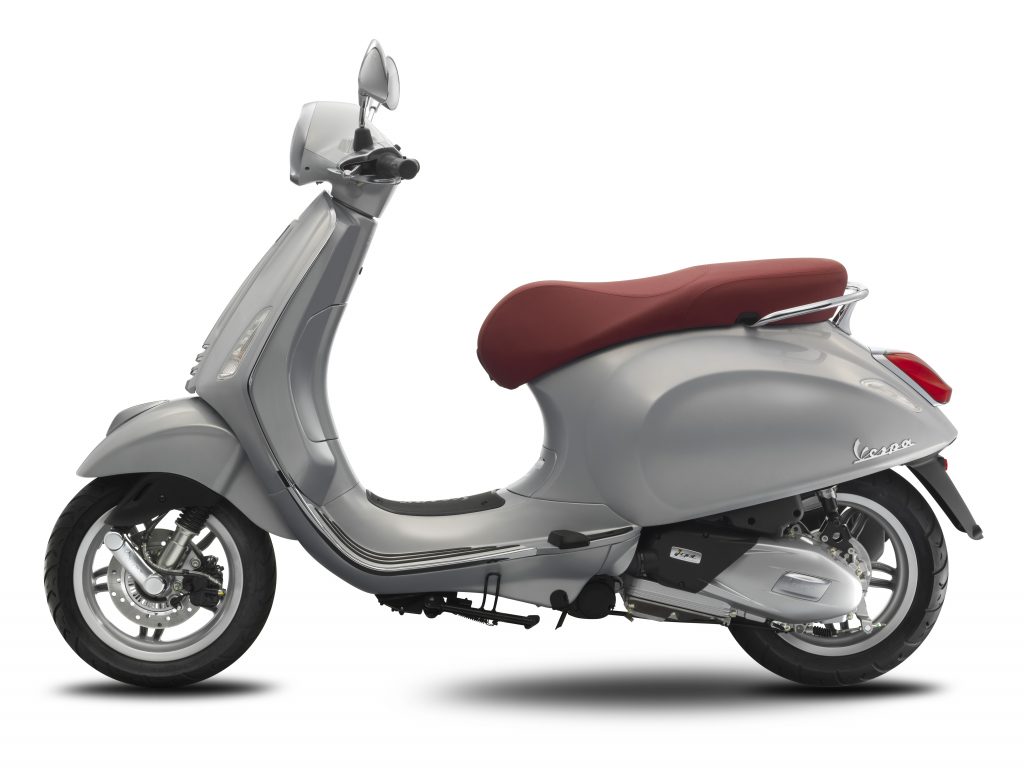 The “Vespa, Why Drive? Let’s Ride…” campaign ends 30 June 2017 with each Vespa purchase entitled to 6 months’ worth of free petrol at all participating dealers nationwide (selected models only, consumption may vary from rider to rider, terms and conditions apply). The Vespa Sprint 150 ABS and Vespa Primavera 150 ABS are affordable with instalments starting from only RM370 per month. 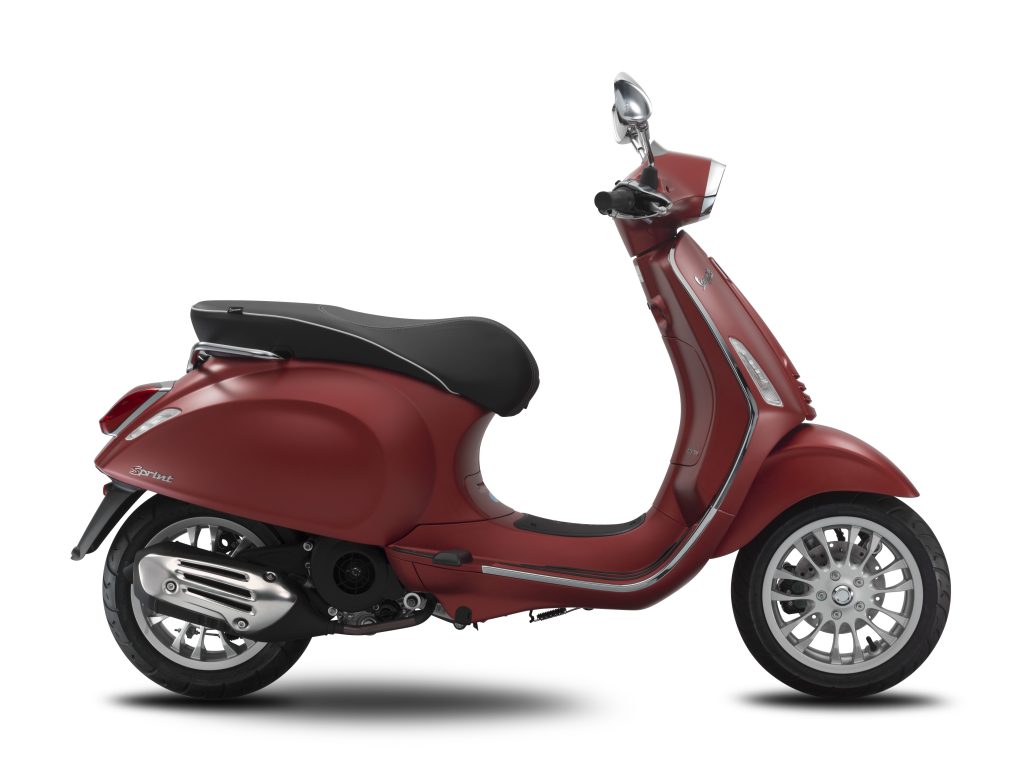 The new Vespa Sprint 150 and Primavera 150 now come with anti-lock braking system (ABS), a safety feature that is usually available with higher end models of bigger capacity. When it comes to the Primavera 150 ABS, it is essentially the current Primavera model that’s been updated with a new power train and an enhanced features list. 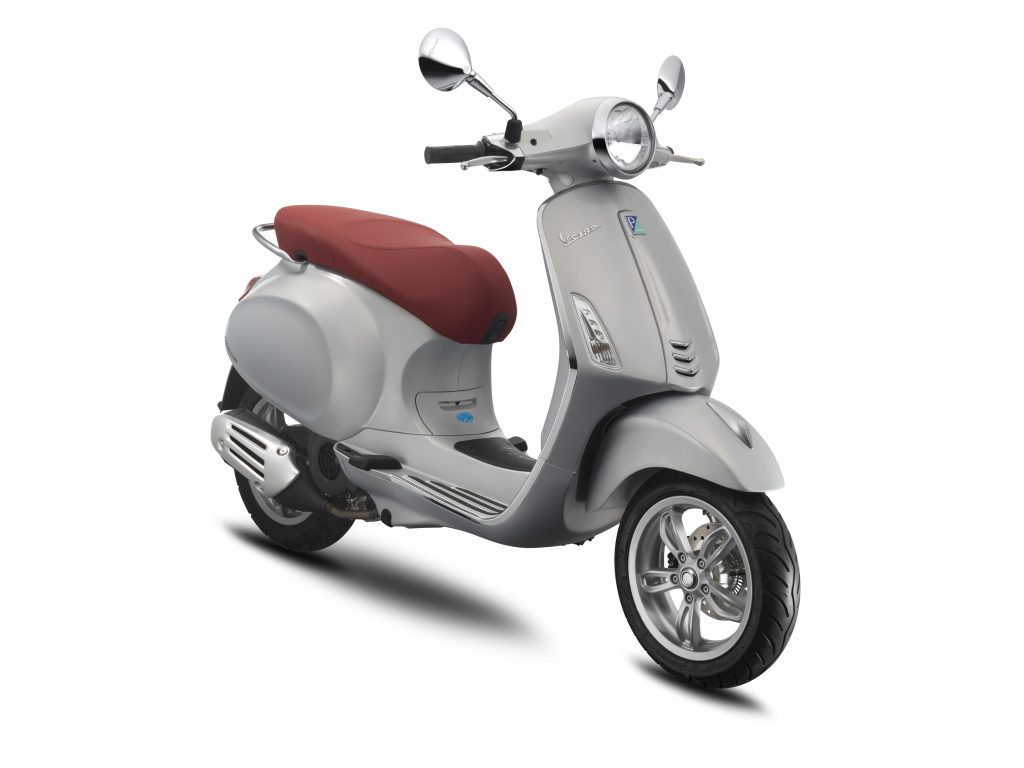 At the core of the Primavera is the new Piaggio i-Get engine that boasts optimised efficiency, lowered emissions and increased reliability over the mill it replaces. The four-stroke 154.8cc single-cylinder three-valve mill primed with fuel injection outputs 12.7hp @ 7,750rpm and 12.8Nm @ 6,500rpm, with both sent to the rear wheel via a twist-and-go automatic box. 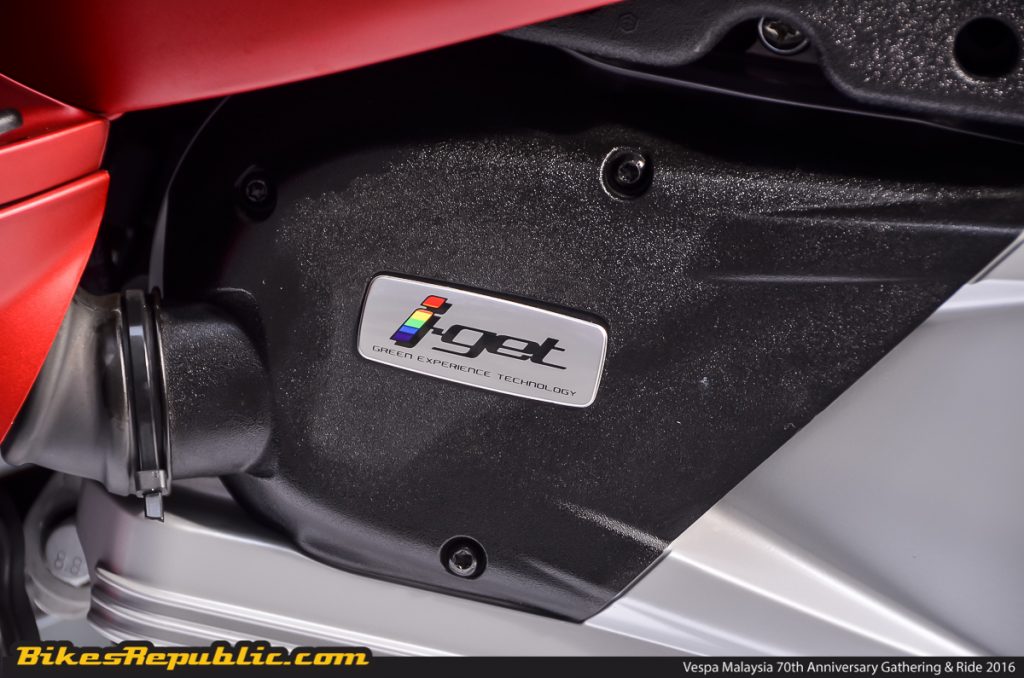 Looking at the Sprint 150 ABS, the 2016 version of the sporty model with the distinct square headlamp design also gets the same treatment as its sibling the Primavera. Leading its bill of changes and upgrades here is the same new Piaggio i-Get four-stroke 154.8cc single-cylinder three-valve mill with fuel injection, as well as the addition of ABS to complement its front disc and rear drum anchors – again, a feature previously unavailable in its outgoing predecessor.