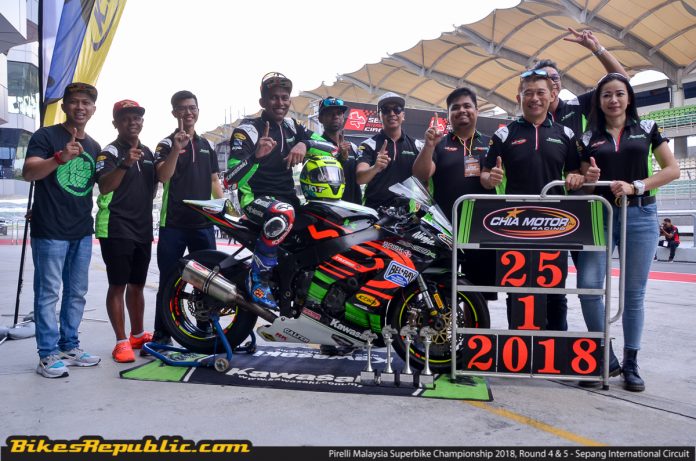 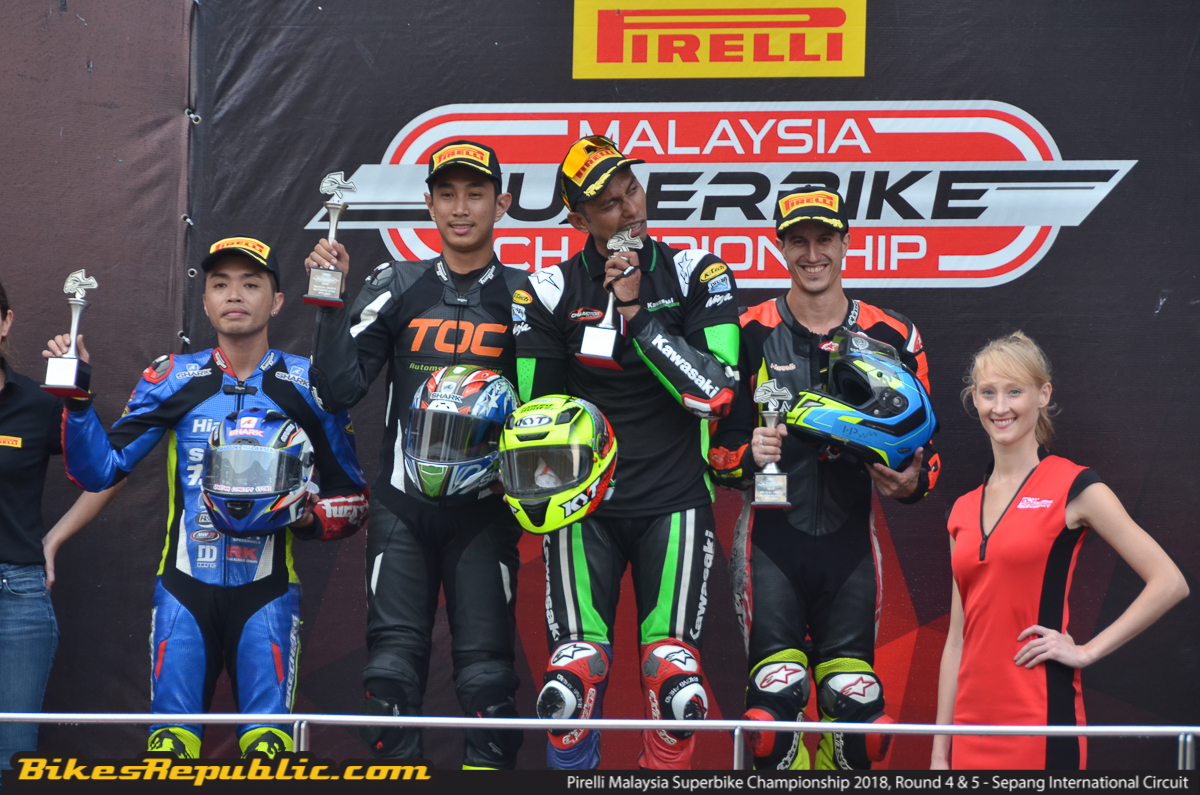 It was a weekend filled with drama for the Chia PJ Kawasaki Racing Team as they battled through the final two rounds of the 2018 Malaysia Superbike Championship (MSC). With four races planned for Saturday and Sunday, their race-ready Kawasaki Ninja ZX-10R together with star rider, Azlan Shah Kamaruzaman, is all ready to bring home the championship. 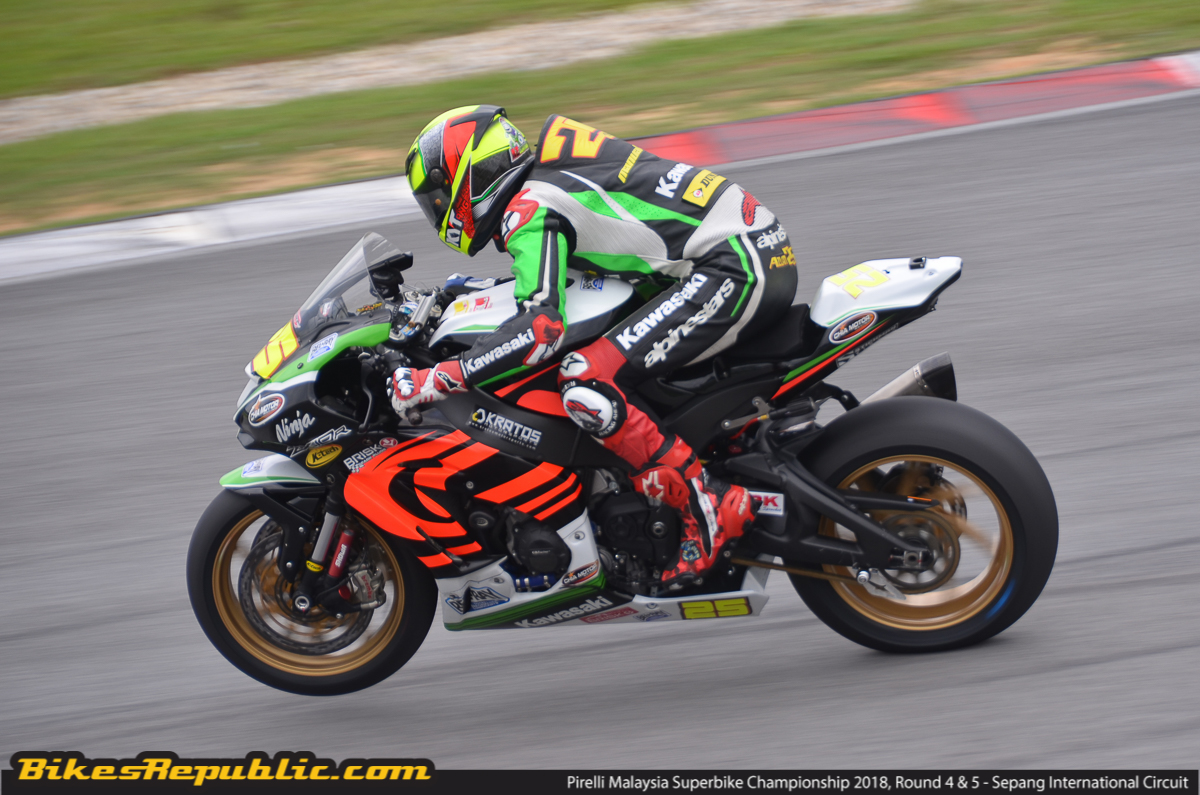 Going into Round 4 on Saturday, Azlan Shah managed to secure pole position after setting a new lap record in the race series with a 2:07.708. Race 1 was won in style as Azlan Shah crossed the finish line ahead of Rajini Krishnan from Team RACR and Jonathan Serrapica. 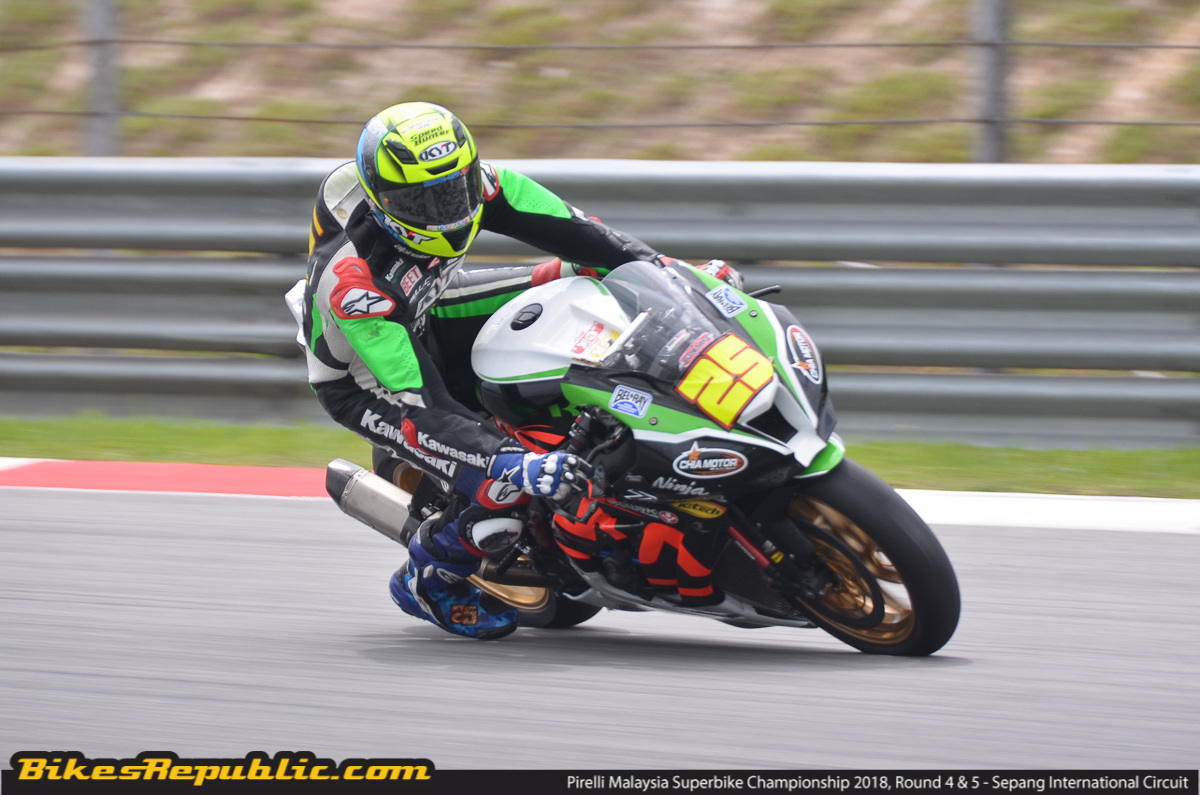 It was a different story in Race 2 as Azlan experienced brake malfunction on his Kawasaki Ninja ZX-10R. With a decent gap ahead of the other riders in the middle of the race, the 33-year-old managed to nurse it to the chequered flag in third place. It wasn’t enough for him and the Chia PJ Kawasaki to celebrate just yet as they had to bring on the fight into the final round on Sunday. 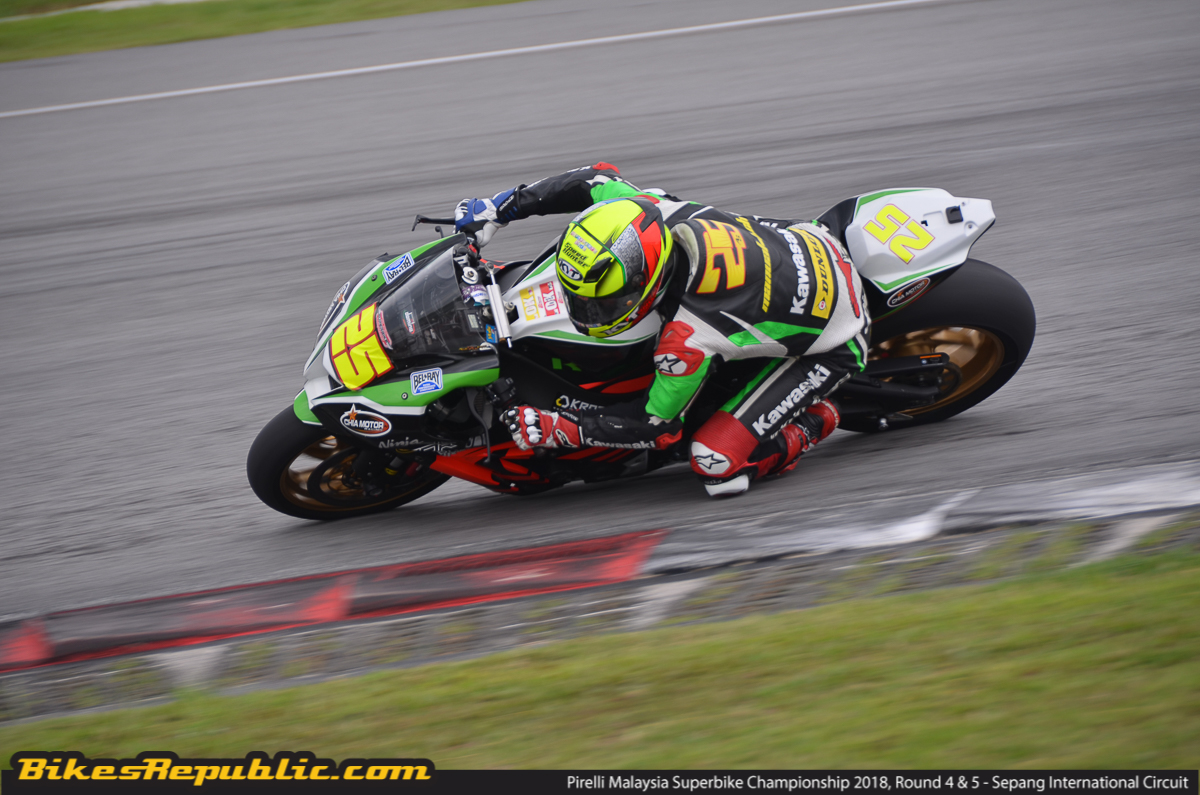 Going into Round 5, Azlan Shah started off brilliantly with a signature win against his rivals by crossing the finishing line 11 seconds ahead of his closest competitor, Rajini Krishnan, and his Yamaha YZF-R1. The win was enough to crown Azlan Shah as the MSC 2018 Superbike champion and it would’ve never been possible without the great team behind Chia PJ Kawasaki. 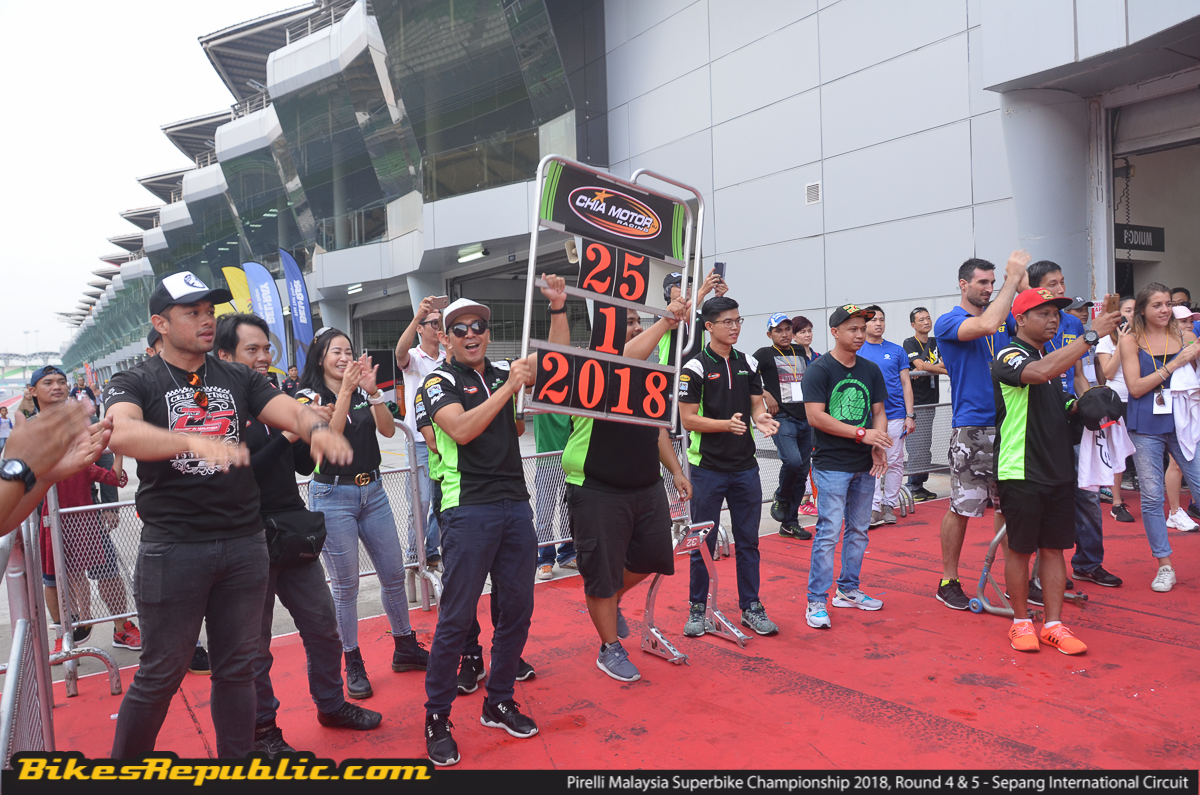 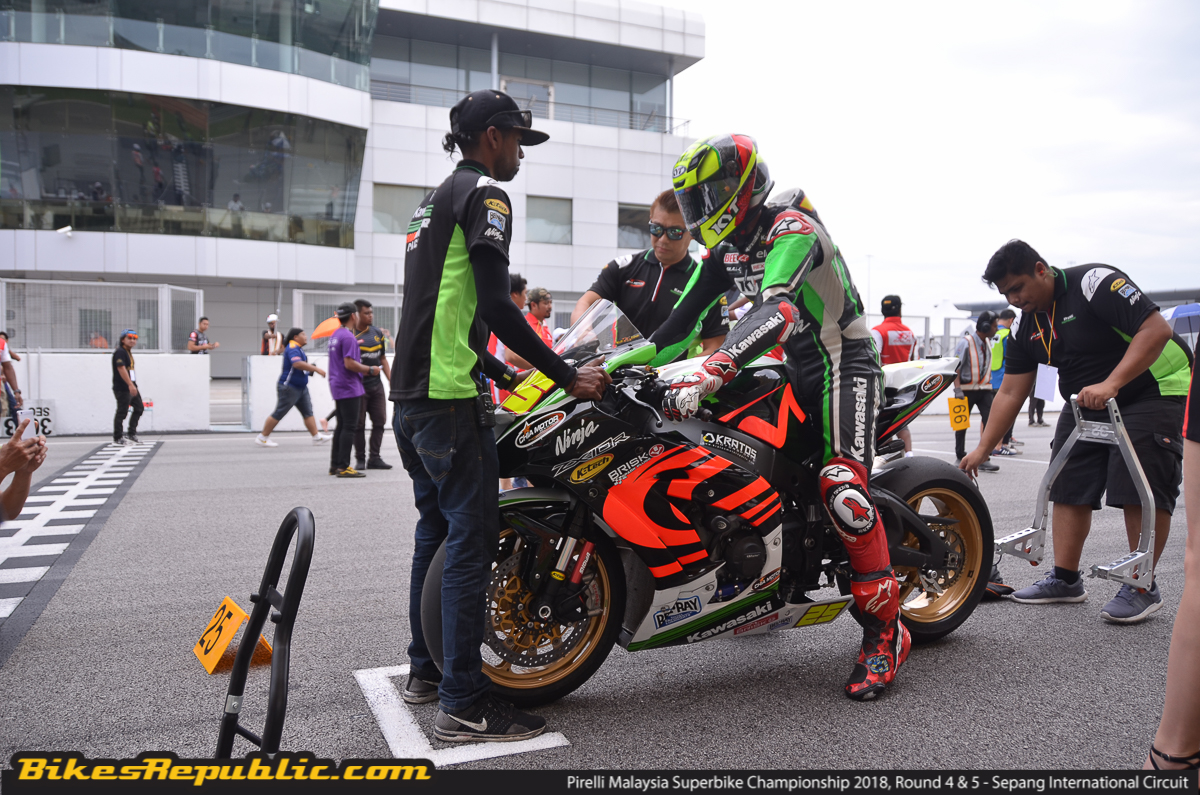 This wasn’t enough to stop Azlan and his Kawasaki Ninja ZX-10R and for took home yet another win for the team. It has been quite a fruitful year for the 33-year-old as well as the Chia PJ Kawasaki Racing Team. Rest assured that they will be back better than ever to defend their crown in the upcoming season. Congrats to Azlan Shah and Chia PJ Kawasaki! 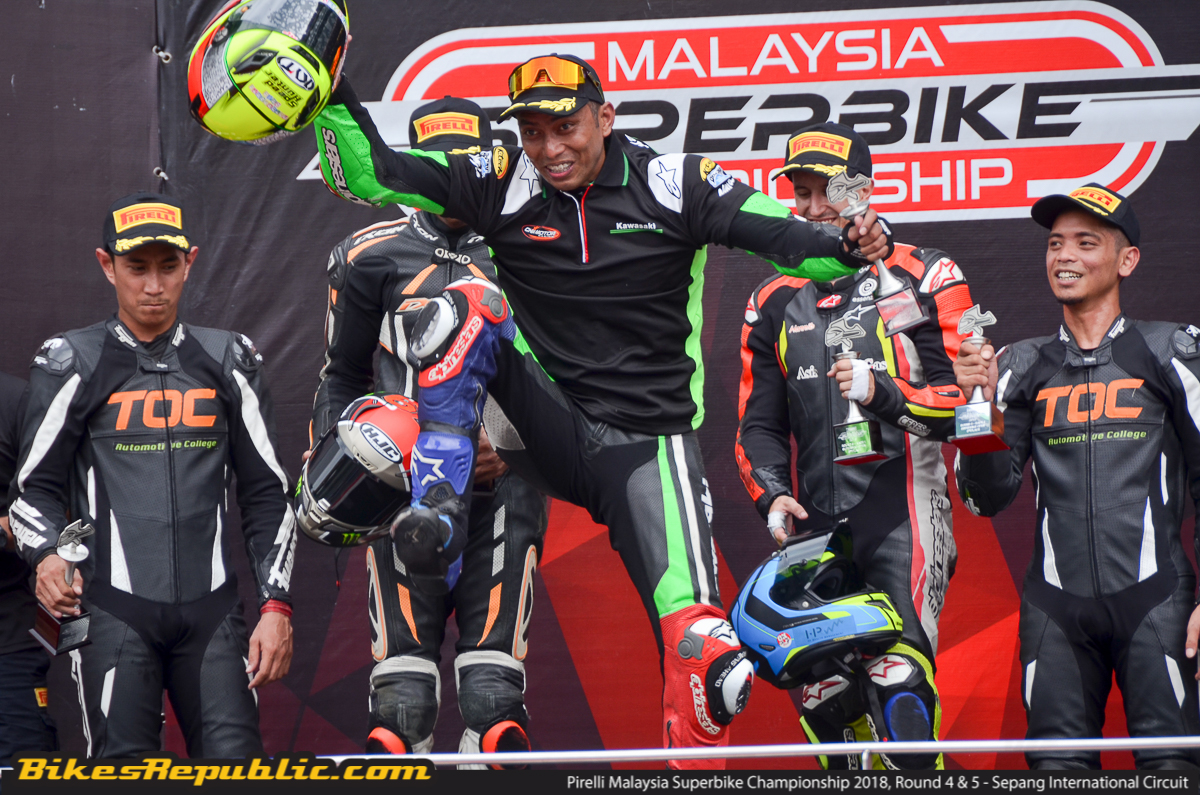