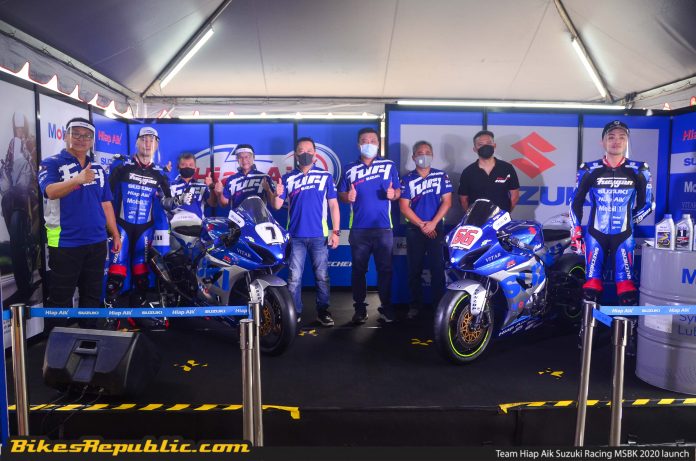 The first round of the Malaysia Superbike Championship (MSC) or MSBK is ready for its first-ever triple-header weekend happening next weekend from 25-27 September 2020. Team Hiap Aik Suzuki Racing and its two main riders, #66 Khoo Chee Yen and #7 Tee Wee Jin, will be continuing their assault this season onboard the Suzuki GSX-R1000R plus its new blue/silver livery inspired by the manufacturer’s 100th anniversary. 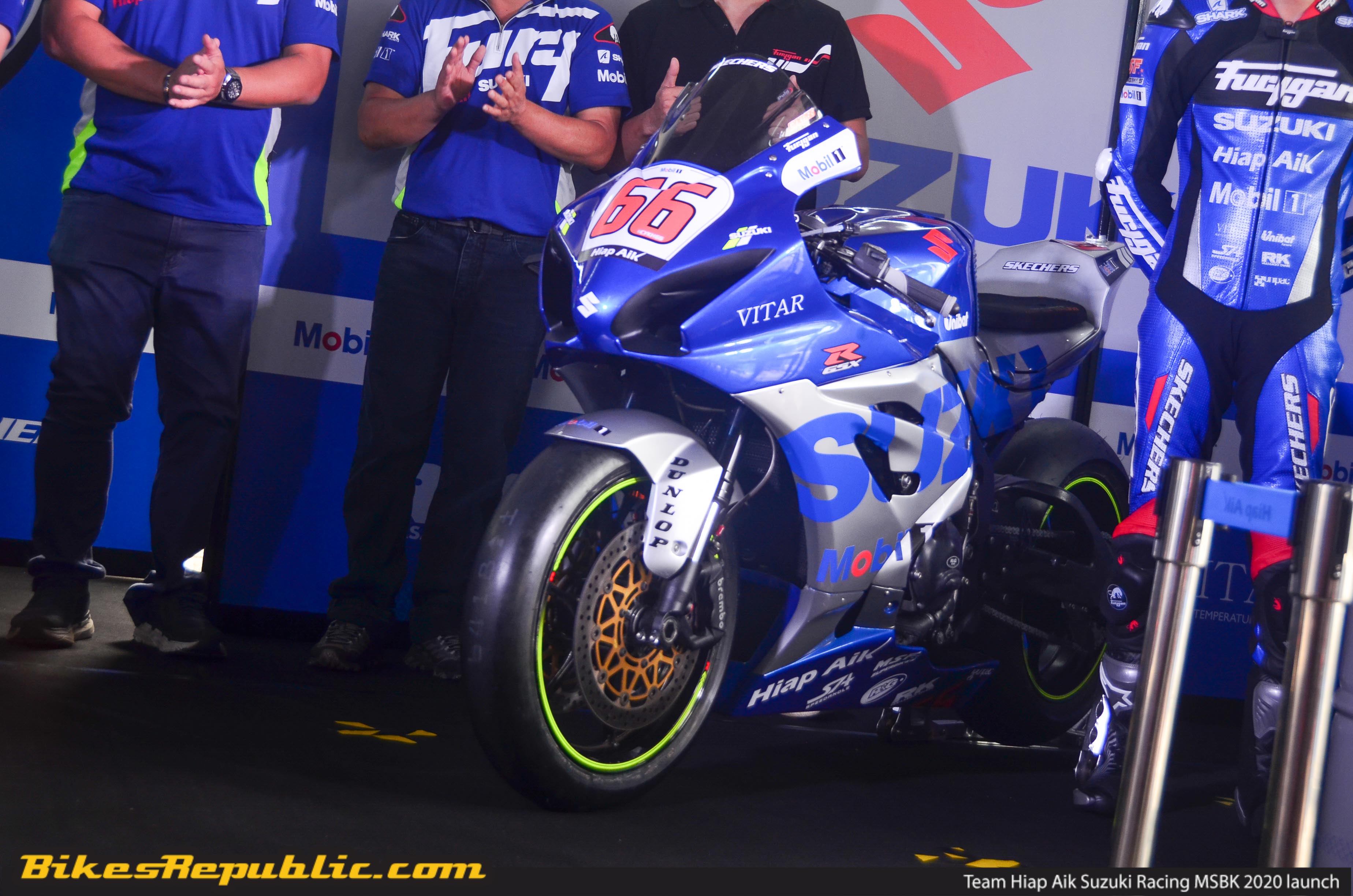 This season will be harder than ever for everyone who will be taking part in the Pirelli Malaysia Superbike Championship as there will only be two weekends of racing competition and for each weekend, teams and riders will be pushed to their limits with three races (one on Saturday, two on Sunday). 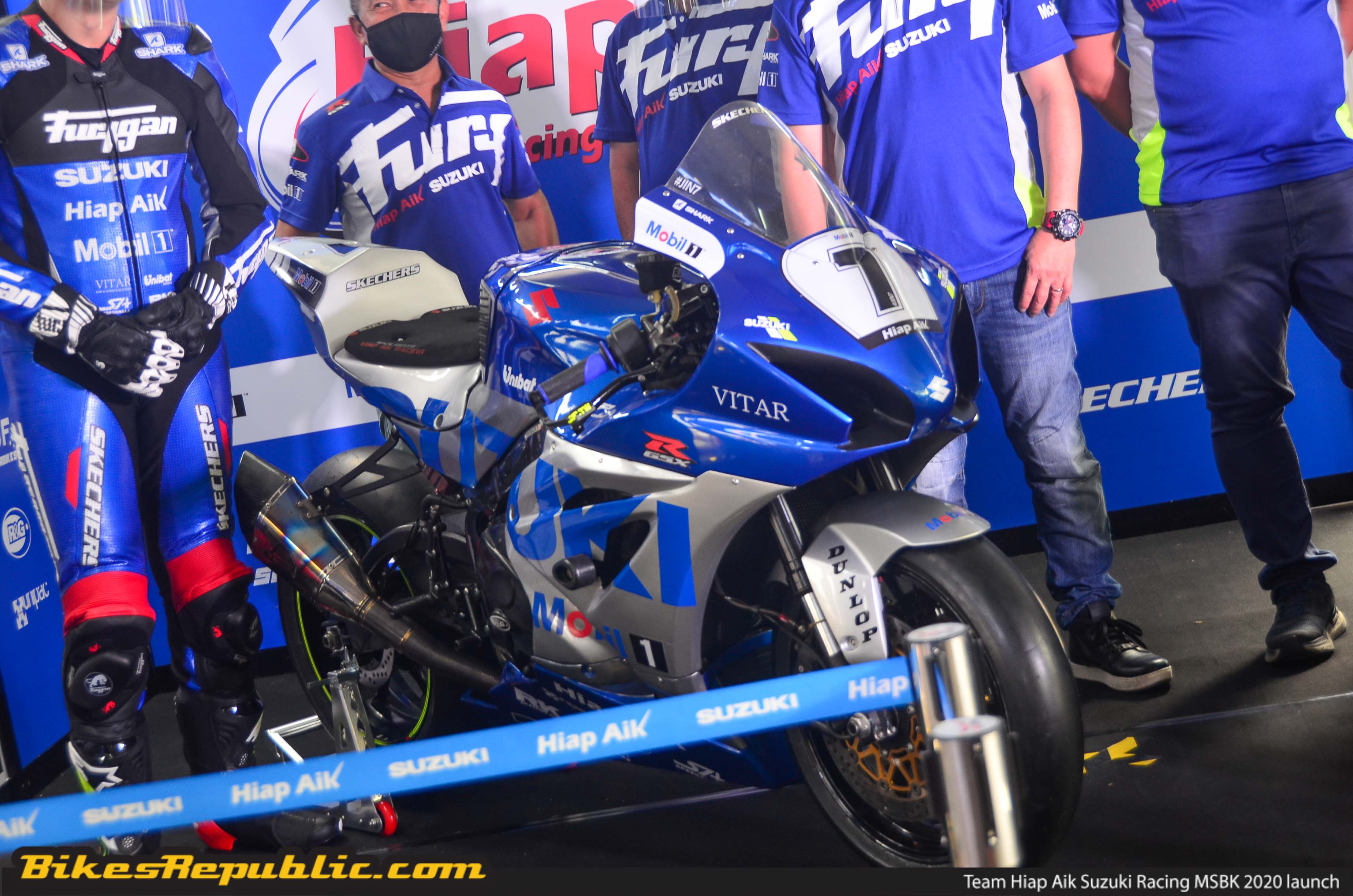 The launch was attended by every party involved in the Team Hiap Aik Suzuki Racing and its many years of racing in MSBK. This includes Shark Helmets Malaysia, Furygan apparels, Sketchers, K-Tech Suspensions, and many more, including its latest partnership, Mobil 1. 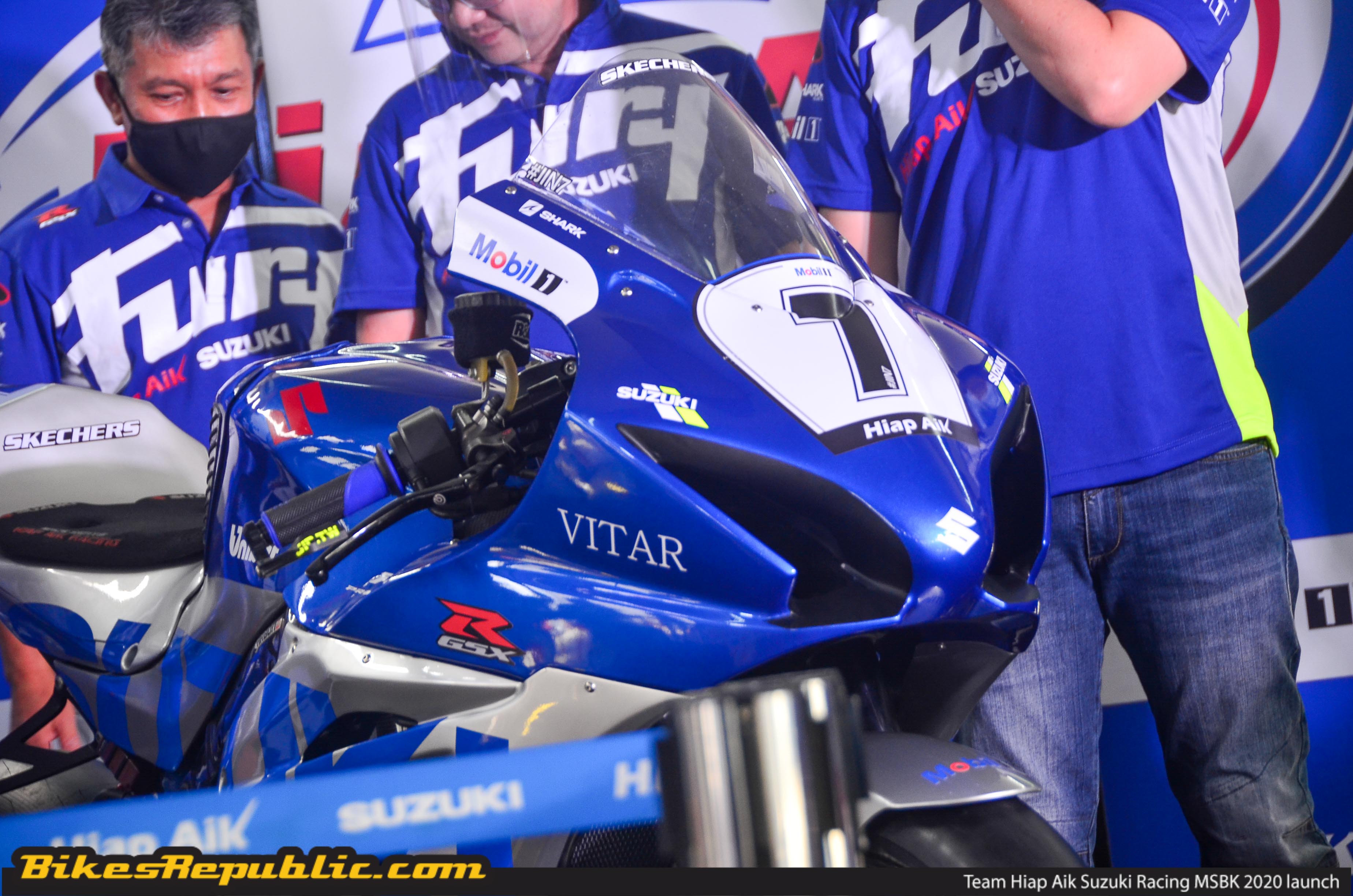 Both riders will be putting on quite a show against the other riders in the same category, which is Superbike 1000. The live races will be live-streamed online via Facebook as the Sepang International Circuit is still not allowing live spectators at the venue due to all the SOPs imposed by the Malaysian government.