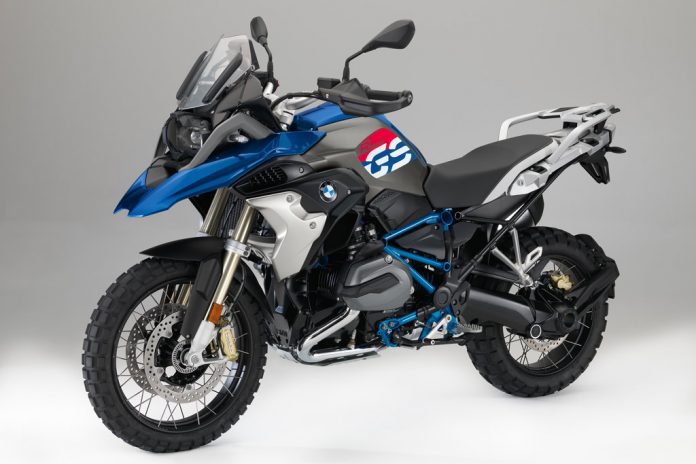 Touring season is upon us Malaysian bikers head out to tour the country as well as to Thailand for Songkran, Phuket Bike Week and various our locations. As the saying goes, “Always use the right tool for the right job,” it applies to the type of bike, too. Of course, there are hardcore riders who tour all the way to Chiang Mai in northern Thailand on 1970s Vespas and Lambrettas or mopeds, but there’s nothing like riding purpose-built machines. 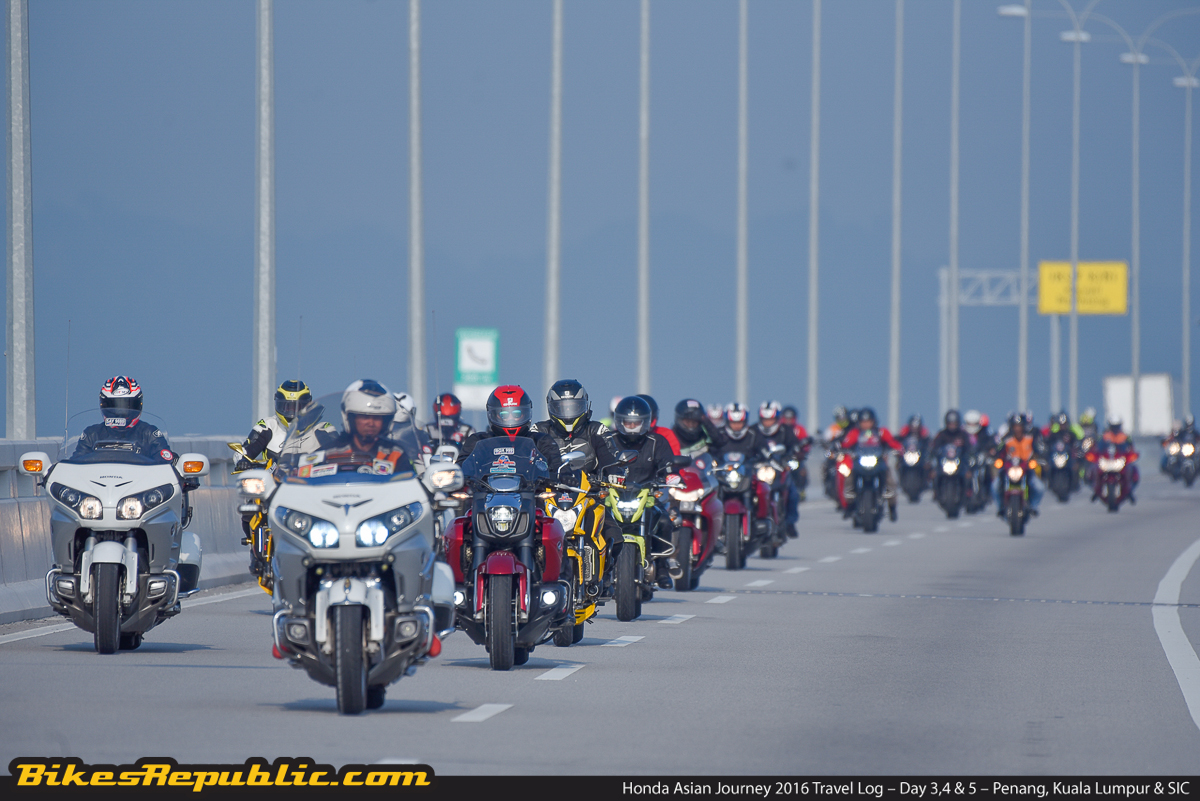 We’ve put together a collection of bikes that we’ve tested and a (very) few that we hadn’t. However, we start with dual-sports (DP) motorcycles in Part 1.

As the designation implies, dual-sport motorcycles are suited for rough road and off-road riding, hence you could safely handle difficult situations (such as broken roads, dirt from a previous landslide should they arise handle well even at low speeds. They are also able to carry lots of luggage in addition to a passenger with ease. Long travel suspension soaks up surface irregularities, contributing to rider comfort. Adventure-tourers usually have bigger fuel tanks too, for longer ranges. Many, if not all, feature lower engine compression ratios meaning they could accept lower octane fuel.

Please note that we’ve left out the enduro-style DPs as they have limited range and luggage carrying capacity for long-distance touring.

The lightweight DP motorcycle segment isn’t necessarily new if you include enduros and trail bikes; but the segment is now joined by the “mini” Versys and GS.

The G 310 GS is the adventure version of the G 310 R roadster. (Please click here for our full review.) BMW Motorrad intended the bike for the far-flung markets hence the affordability and simplicity of these models. The G 310 GS is commendably fast on tarmac and has a great balance when ridden off-road. 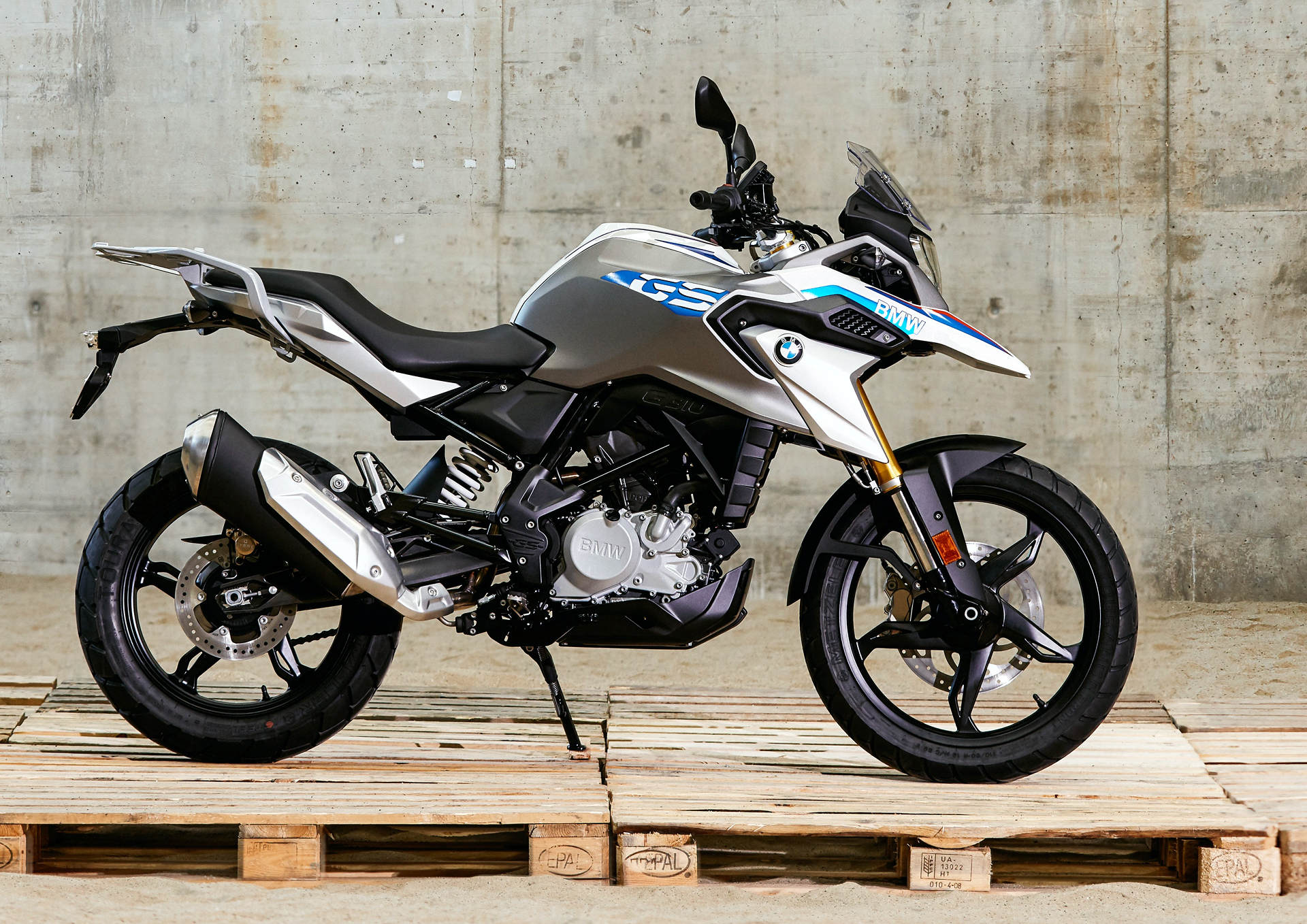 The CRF250 Rally is probably the best-looking bike in this lightweight group. (Please click here for our full review.) It features a handsome bodywork, along the lines of its CRF1000L Africa Twin bigger brother and will all the beautiful Honda quality you can shake a stick at. The engine is derived from the CBR250 and its got a nice set of LED headlamps. The CRF250 Rally is geared more towards relaxed off-road trail riding, hence it isn’t a real roadrunner. But if your holiday plan calls for riding off-road and camping, it’s hard to beat this bike. 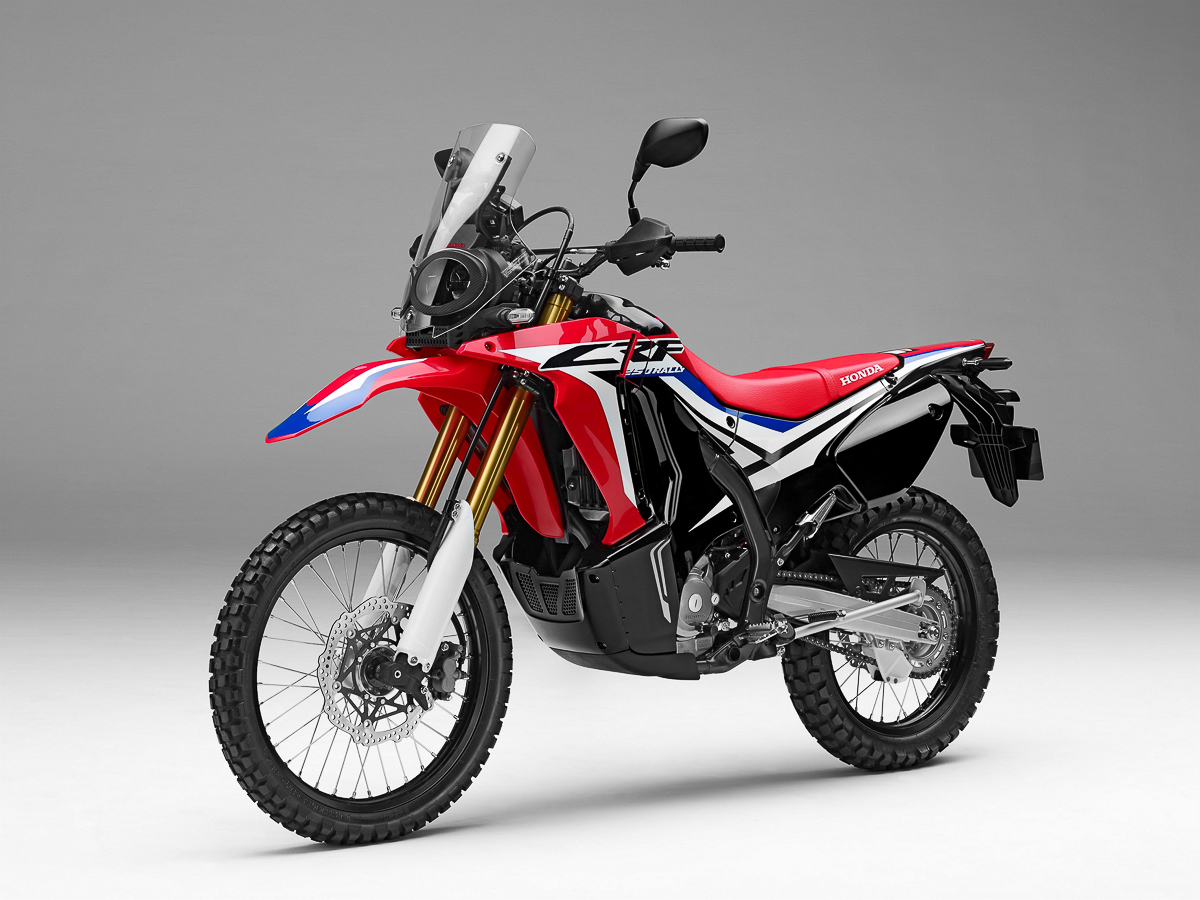 It could be said that the Versys-X burst onto the scene. (Please click here for our full review.) Here was a bike that resembles the popular KLR650, is very light and has a lively 250cc engine sourced from the Ninja 250. Kawasaki had given the Versys-X longer legs (presumably for off-road riding), incidentally making it a quick road bike. The suspension may feel a little simple but it gets the job done in absorbing hard bumps supporting the occupants’ weight plus luggage. 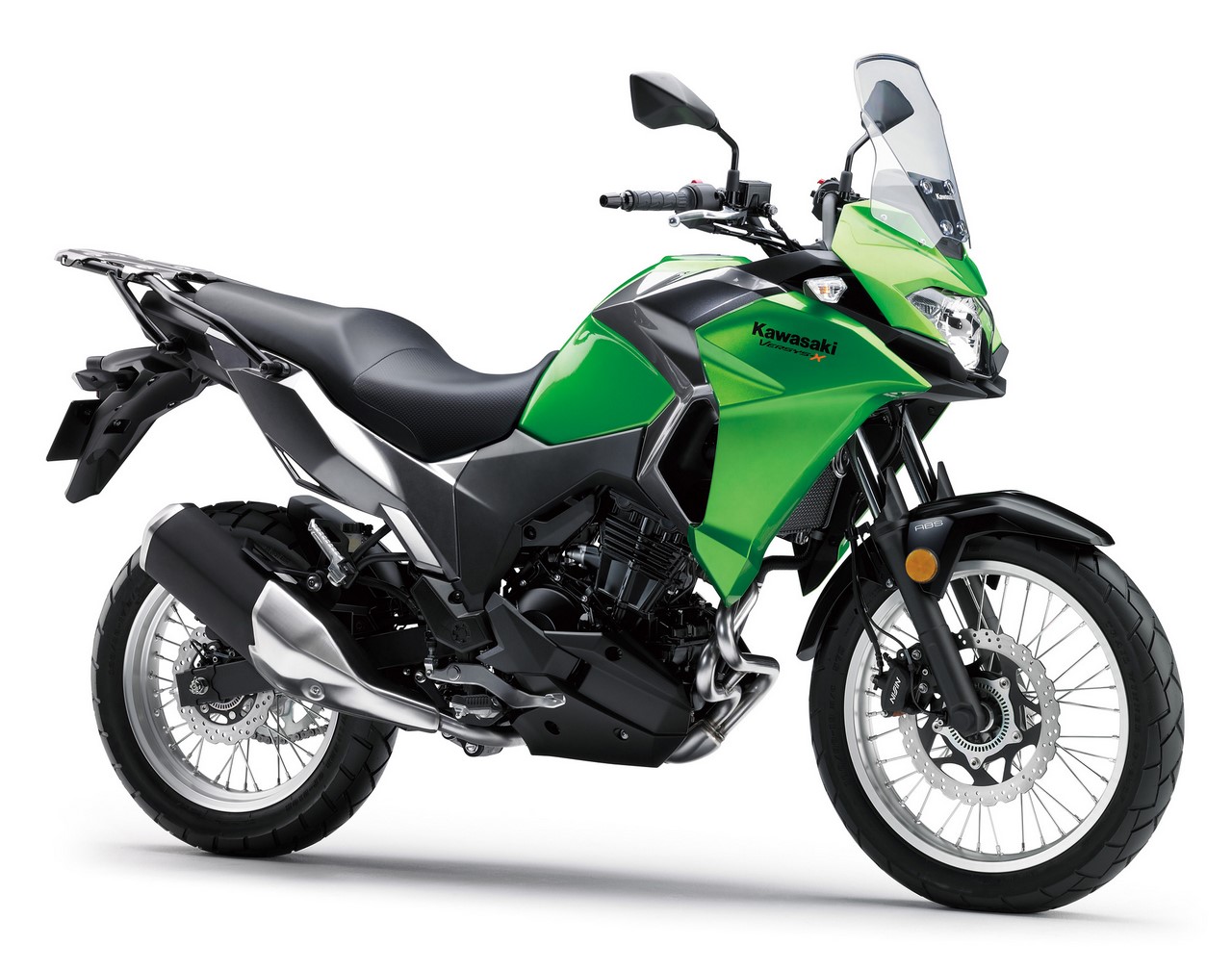 While the middleweight sport-touring segment is the most hotly contested, there are not many middleweight DPs except for BMW and Triumph in Malaysia.

The BMW F 800 GS and its Adventure variant has been around for some time. Slender cross-section and midsection, long travel suspension, ability to haul luggage, simplicity in maintenance and repair makes it the favourite among BMW riders who love to ride off-road. The model is slated for replacement by the new F 850 GS. 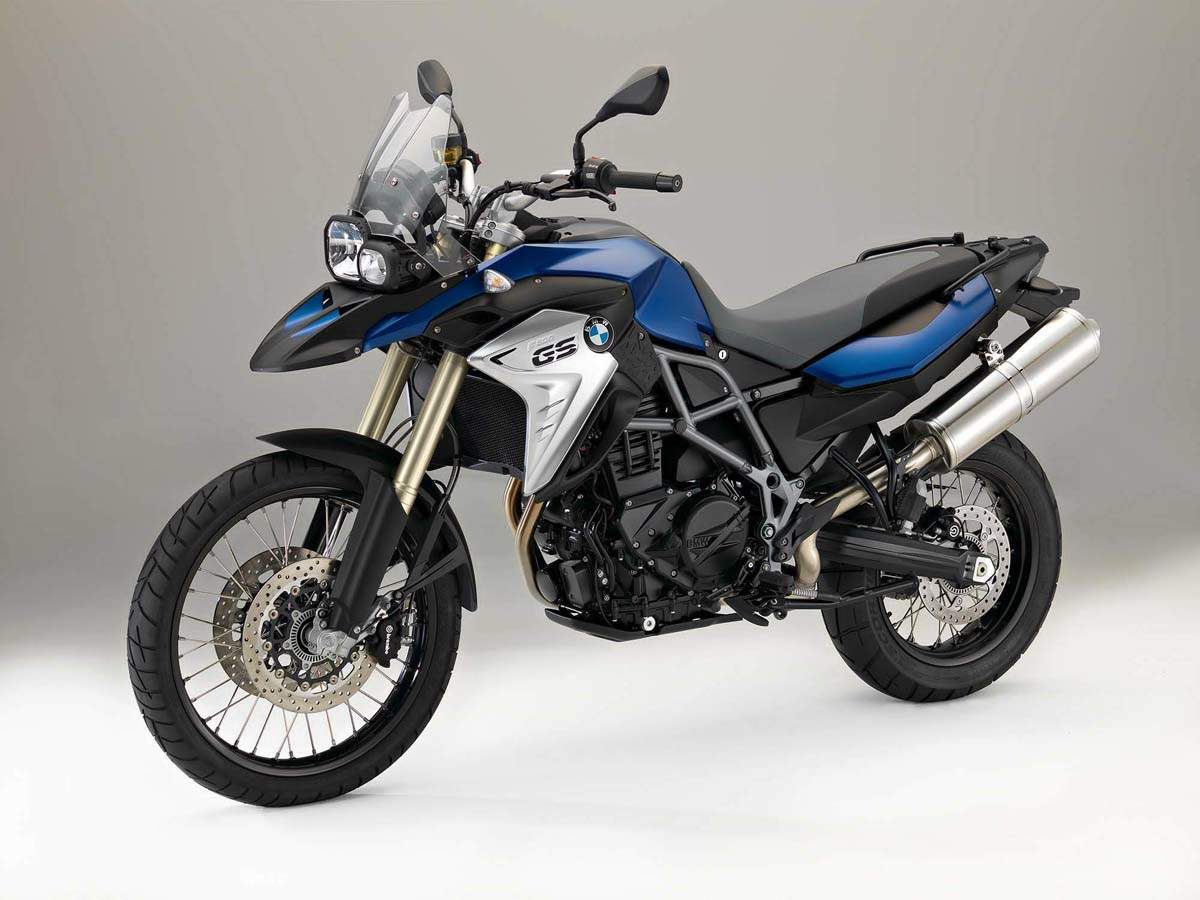 *Specifications based on the F 800 GS.

The Triumph Tiger 800 had enjoyed splendid sales and following from the previous model and the Hinckley-based manufacturer had successfully updated the 2018 model to make it even better. (Please click here for our full review.) There were 200 revisions just to the engine and chassis, there’s a new TFT screen and switchgear lifted from the Street Triple RS, bigger and adjustable windscreen and comfy seats, among other things. Updates to the chassis has resulted in a surefooted, confident ride. Refined Ride Modes, traction control and smooth engine power delivery sets new standards. The Triumph Tiger 800 is currently the best 800cc DP.

Choose from two different lines and six specs: XCx and XCa are adventure oriented, while the XR, XRx, XRx LRH and XRt are more road-oriented. 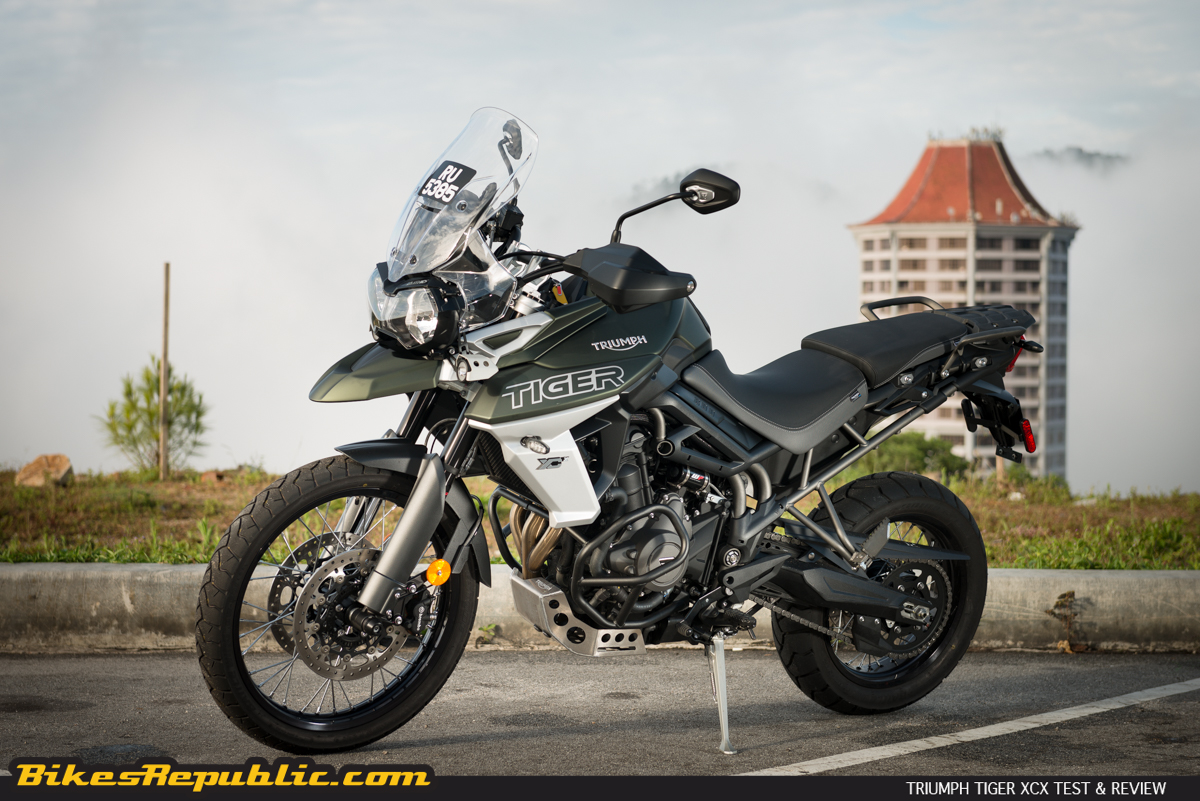 *Specifications based on the Tiger 800 XCx.

This segment is populated by the technologically-laden heavy hitters. Everything from electronic suspension to lean-sensitive traction control and ABS are found here.

What else could be written about the massively popular BMW R 1200 GS that hasn’t been? Long-range comfort, ability to haul everything apart from the house itself (216 kg permissible payload), goes anywhere, etc. etc., and it just keeps getting better and better. 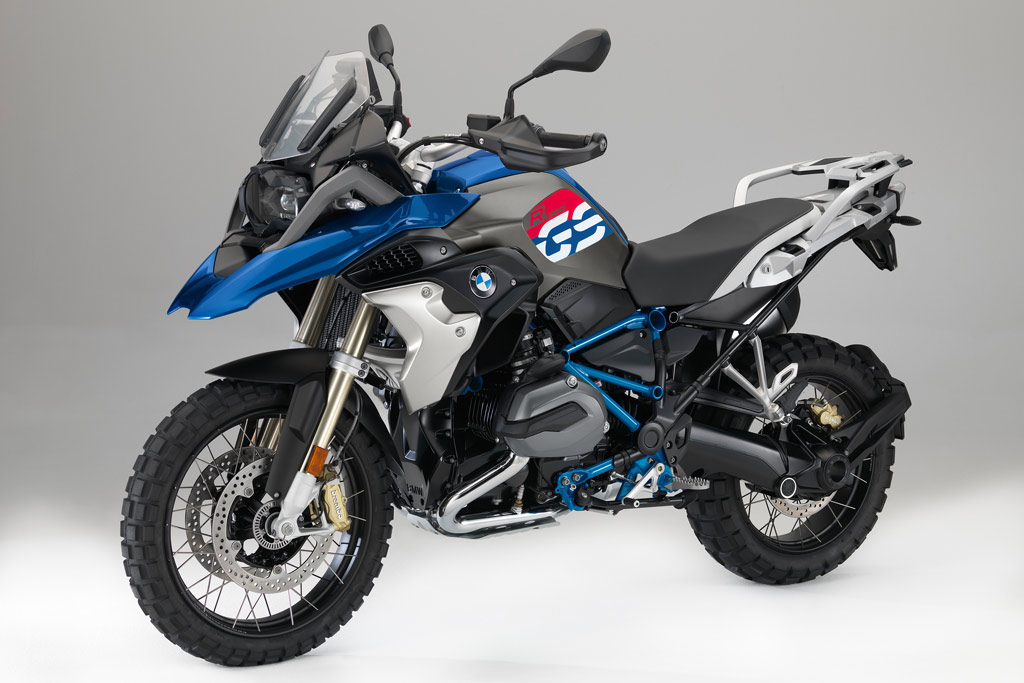 *Specifications based on the BMW R 1200 GS Rallye.

Although the Multistrada 1200 (and Multistrada 1200S) include an “Offroad” ride mode setting, it isn’t truly capable of taking on the gnarlier stuff other than a kampong (village) trail. Ducati knew they had a great sport-tourer but they were missing out on the go-anywhere territory, which is dominated by BMW and KTM.

Ducati revised the bike to give the Enduro more offroad capabilities such as the riding position, wheels, suspension, seat, handlebar, windscreen, gearing, traction control and a 30-litre fuel tank. The Enduro Pro version is fitted out with offroad accessories. The wonderfully smooth DVT-equipped engine is retained. 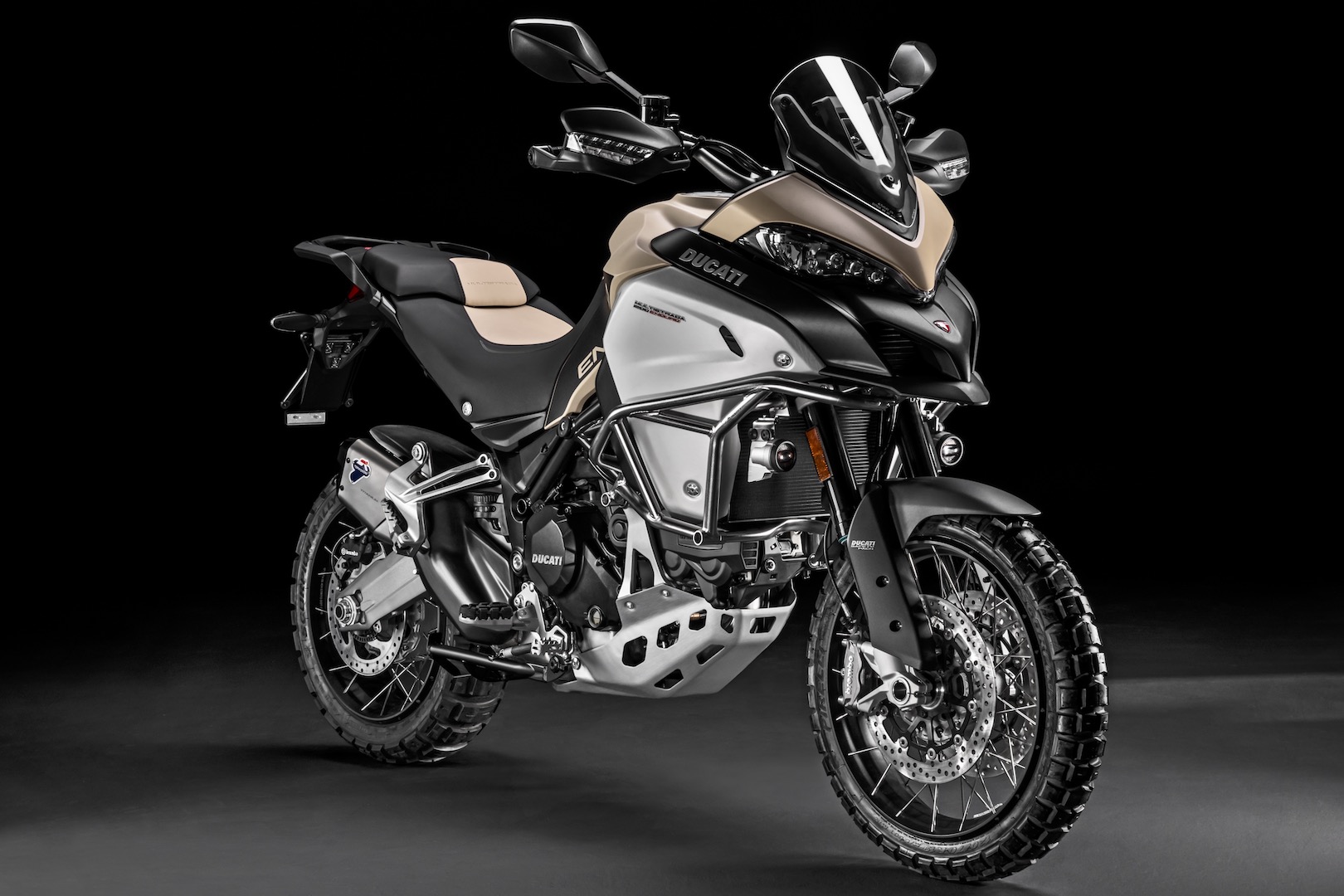 *Specifications based on the Multistrada 1200 Enduro.

The Africa Twin name is one which is synonymous with DP that many fans cursed and swore when production stopped from 2004. Its comeback in 2016 was hailed as one of the biggest events and it has been selling steadily since then. Honda’s quality is on every control and surface you see and touch, and it’s offered in manual or Honda’s proprietary DCT automatic transmission. It’s one of the easiest big bore machines to ride. 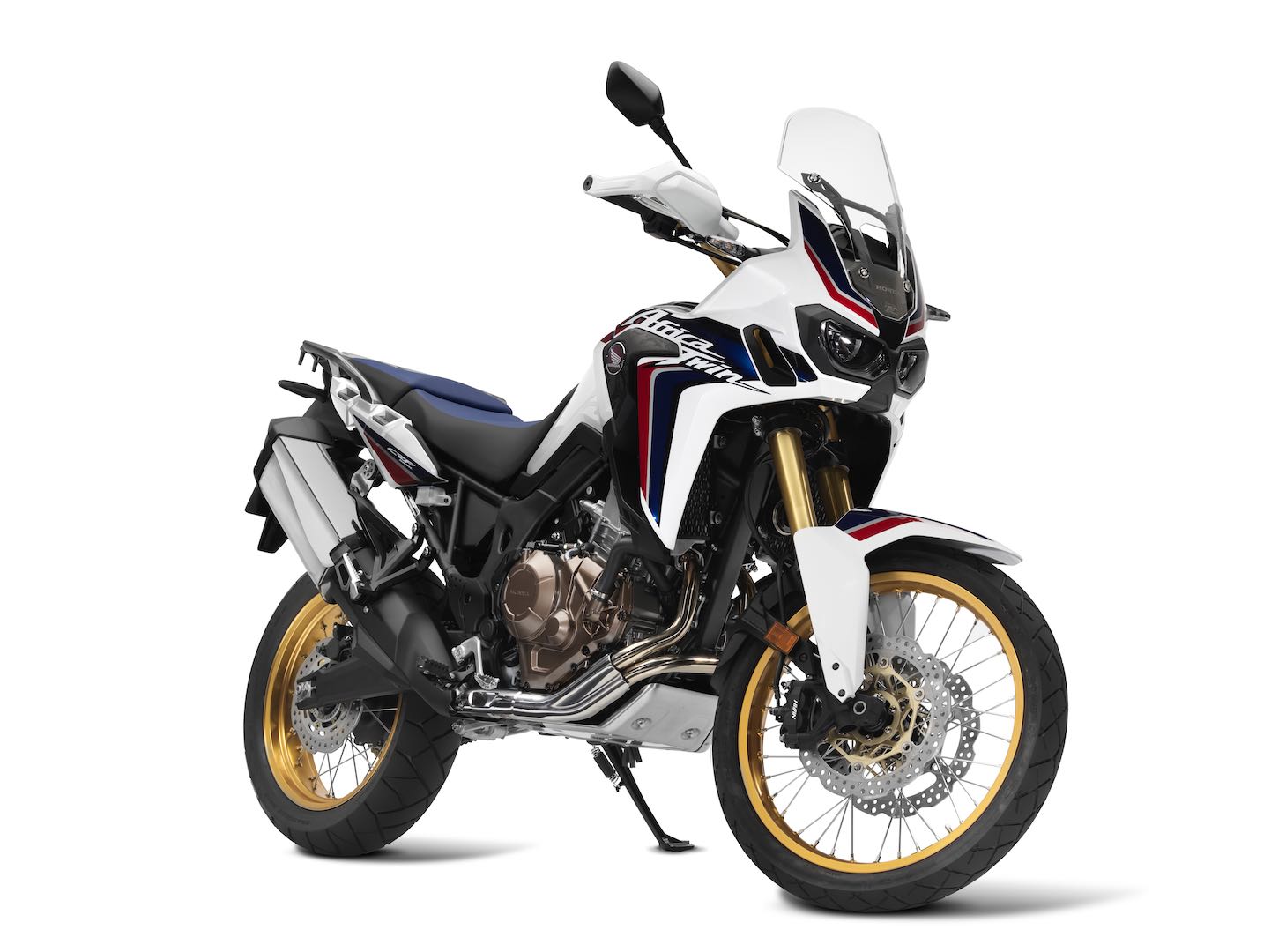 *Specifications based on the manual transmission option.

The KTM 1050 Adventure is the model to entice new adventure riders into the Austrian giant’s adventure lineup.

Low seat height, low weight, easy handling are its core characteristics. It may not have as much technology such as the 1290 range but it holds its own with stuff like three Power Modes, assist and slip clutch, two-channel ABS, and a torquey engine. It may be a road-centric bike but all you need is a set of adventure tyres to ride both on and off-road. 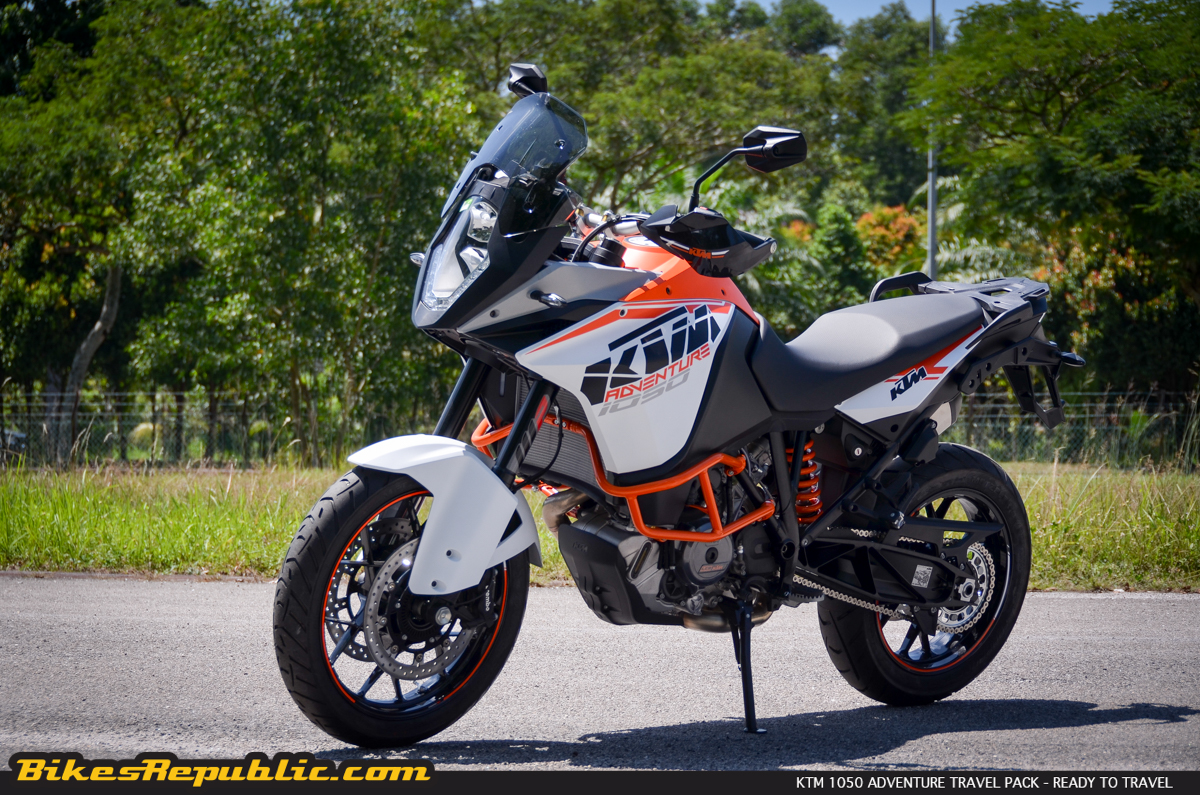 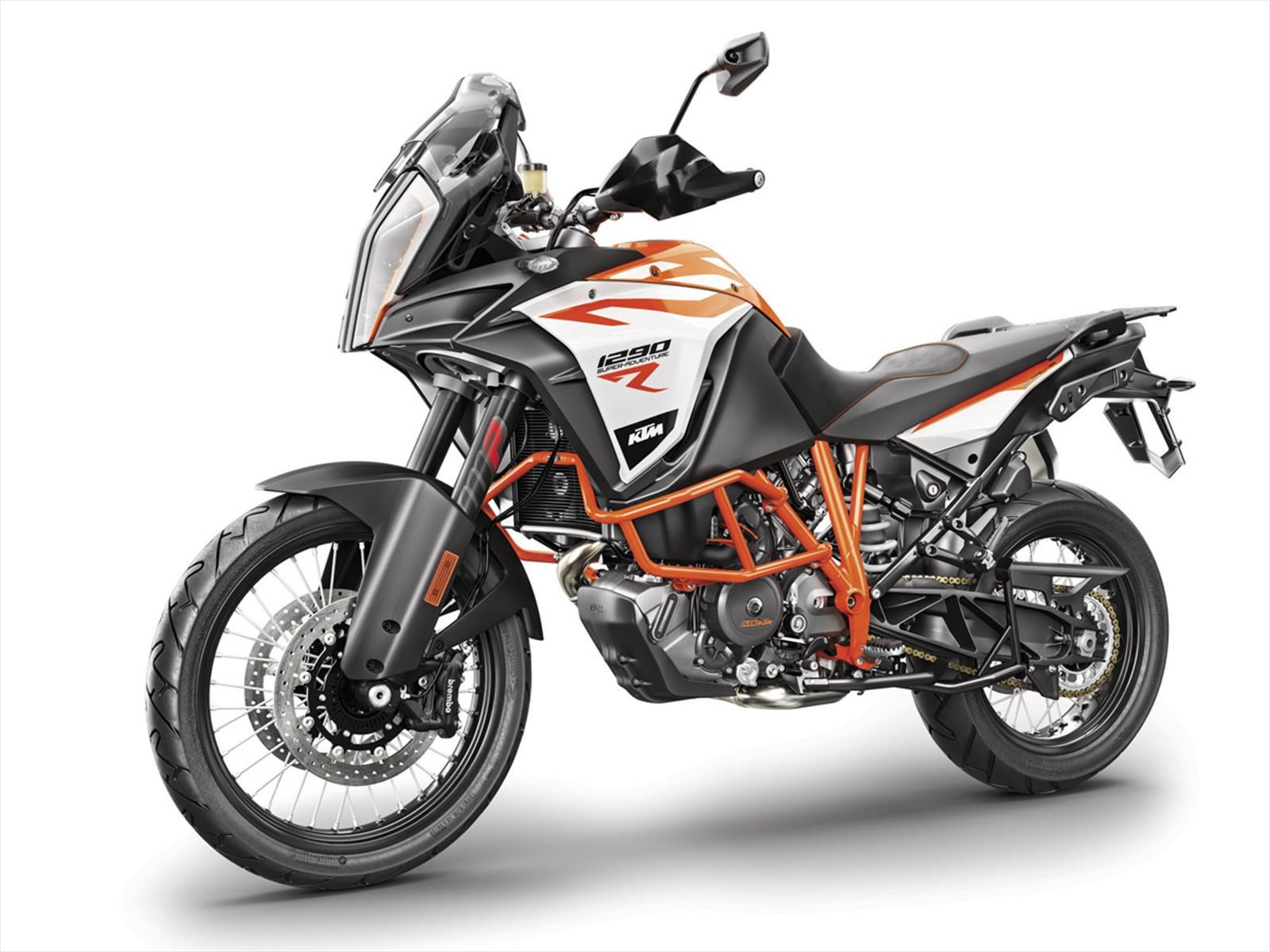