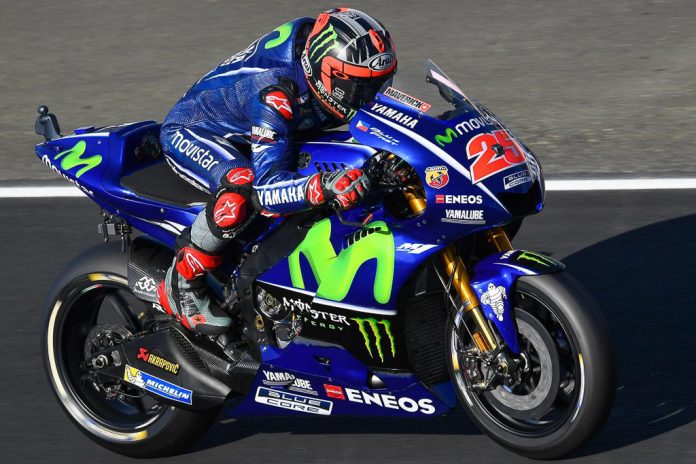 Vinales now leads the 2017 MotoGP championship with 85 points, Dani Pedrosa second with 68 points and Rossi in third with 62 points. 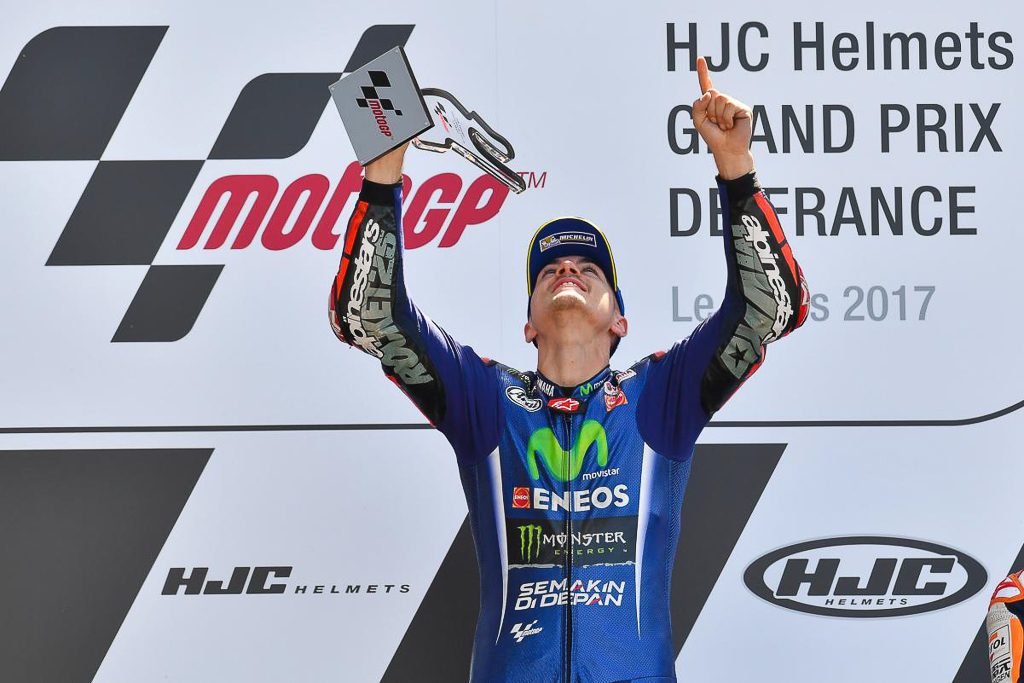 After a difficult weekend for most of the high-profile riders from top factory teams all weekend, Maverick Vinales from the Movistar Yamaha MotoGP squad came out on top with yet another win at the HJC Helmets Grand Prix de France in Le Mans. This third win of the season puts him in ahead in the world championship with 85 points. 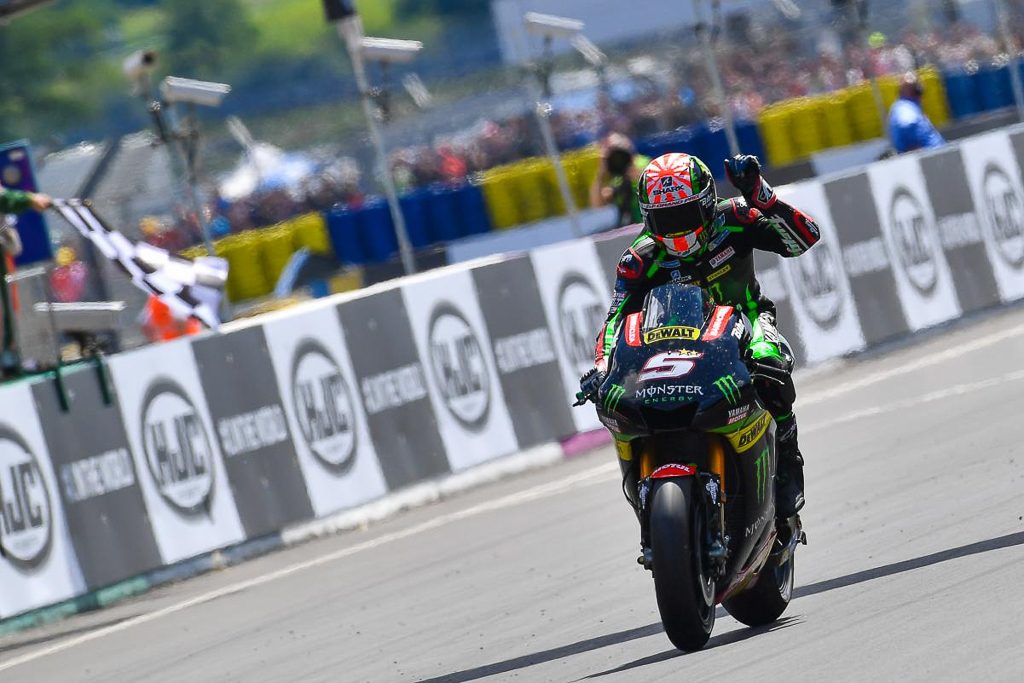 However, the spotlight was actually on the hometown hero, Johann Zarco of the Monster Yamaha Tech 3 squad. The 27 year old local from Cannes fought brilliantly throughout the entire race including leading the first leg of his home race. 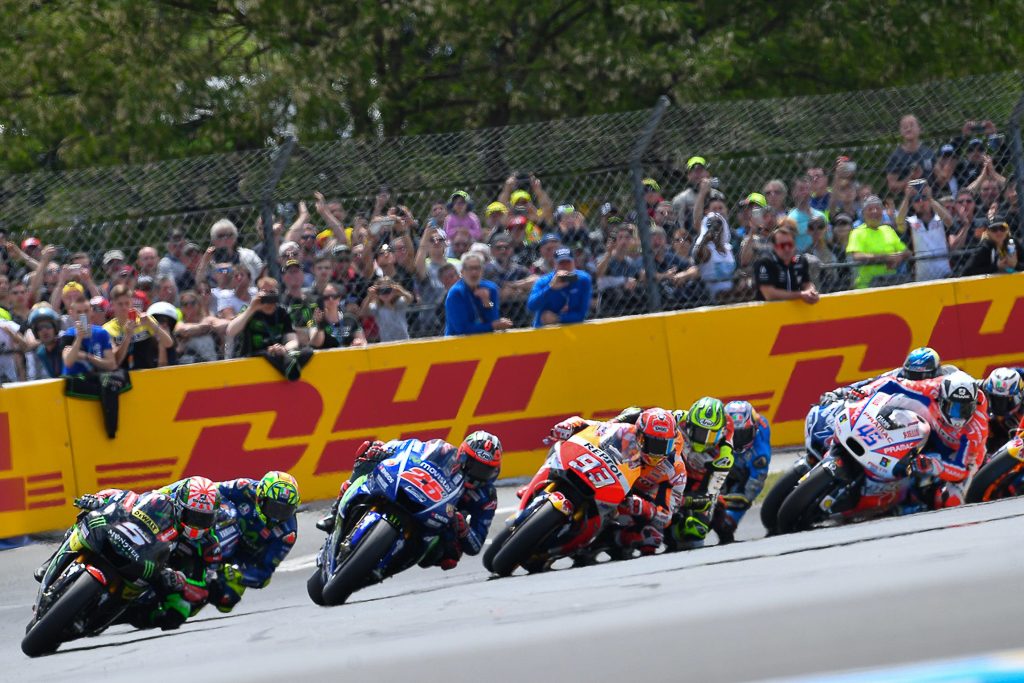 What looked to be a first MotoGP podium finish in third for the Frenchman turned out the second when Valentino Rossi (Movistar Yamaha MotoGP) crashed out while battling for the win with his team mate in the very last lap. Due to the crash, Rossi now drops to third overall in the world championships with 62 points; 23 points behind Maverick Vinales. 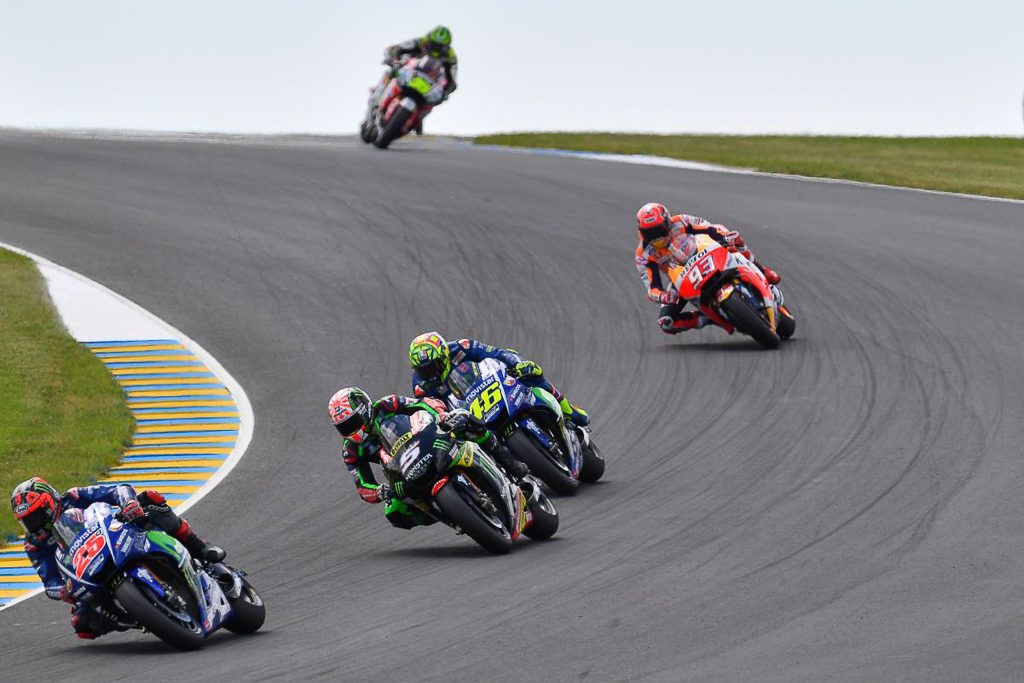 Dani Pedrosa also benefited from Rossi’s late race crash that put him in the last podium position finishing the French GP in third place. The Spaniard struggled at the beginning of the race fighting with other riders in the middle of the grid but made significant progress with many crashing out or retiring in Le Mans. Pedrosa is now in second spot of the world standings with 68 points. 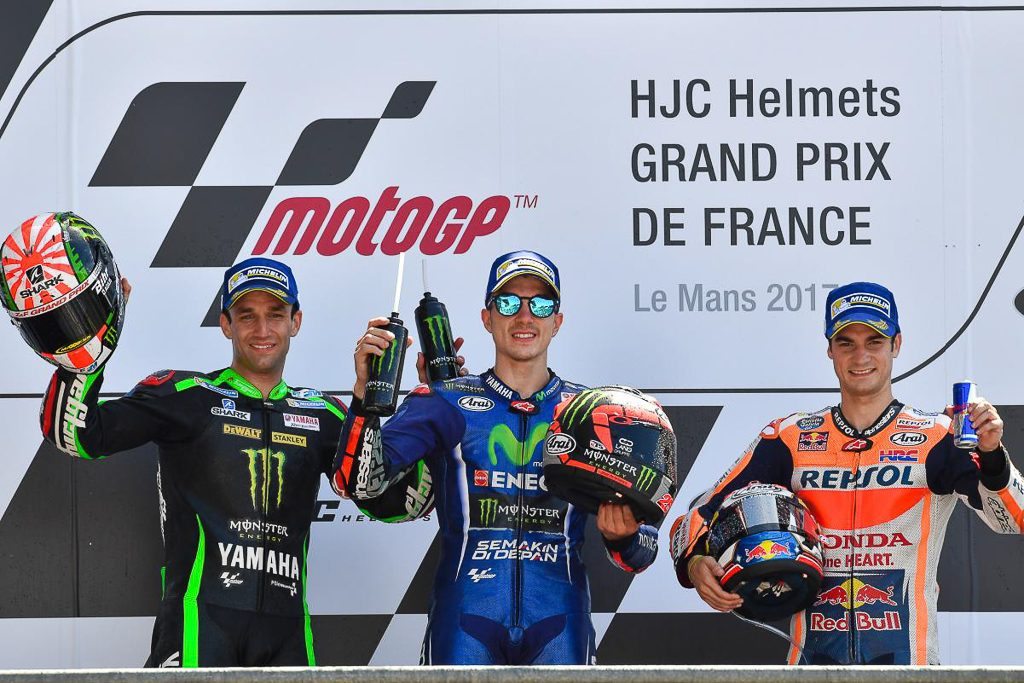 Andrea Dovizioso (Ducati Team) and Cal Crutchlow (LCR Honda) gave a good show to the French crowd with a few overtakes in the race but DesmoDovi emerged as the victor of that battle finishing the race over two seconds ahead of the Brit. Dovi’s team mate, Jorge Lorenzo also had a good race finishing in sixth considering that he was dead last in one of the free practice sessions due to difficult weather and track conditions. 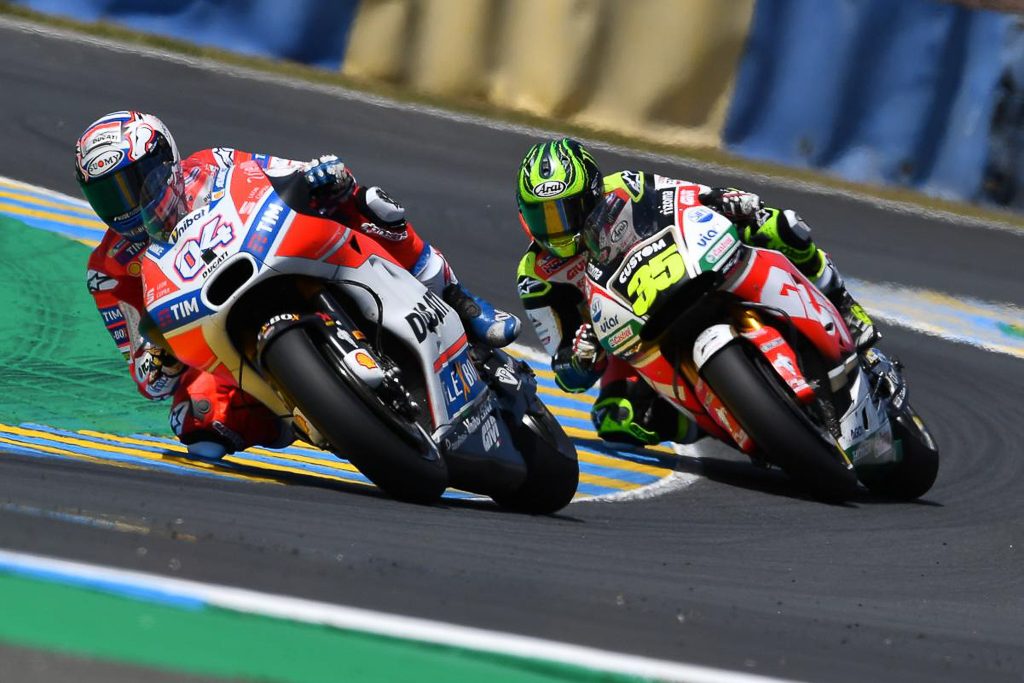 Another MotoGP rookie from the Monster Yamaha Tech 3 rider also improved quite a bit with a finish in P7 with Jack Miller (EG 0,0 Marc VDS) not too far behind in P8. Eighth for Miller is actually considering the horrific high speed crash he suffered on Saturday which left him bruised and battered. Andrea Iannone (Team SUZUKI ECSTAR) completed the French GP top 10 finish with over 48 seconds behind race winner, Maverick Vinales. 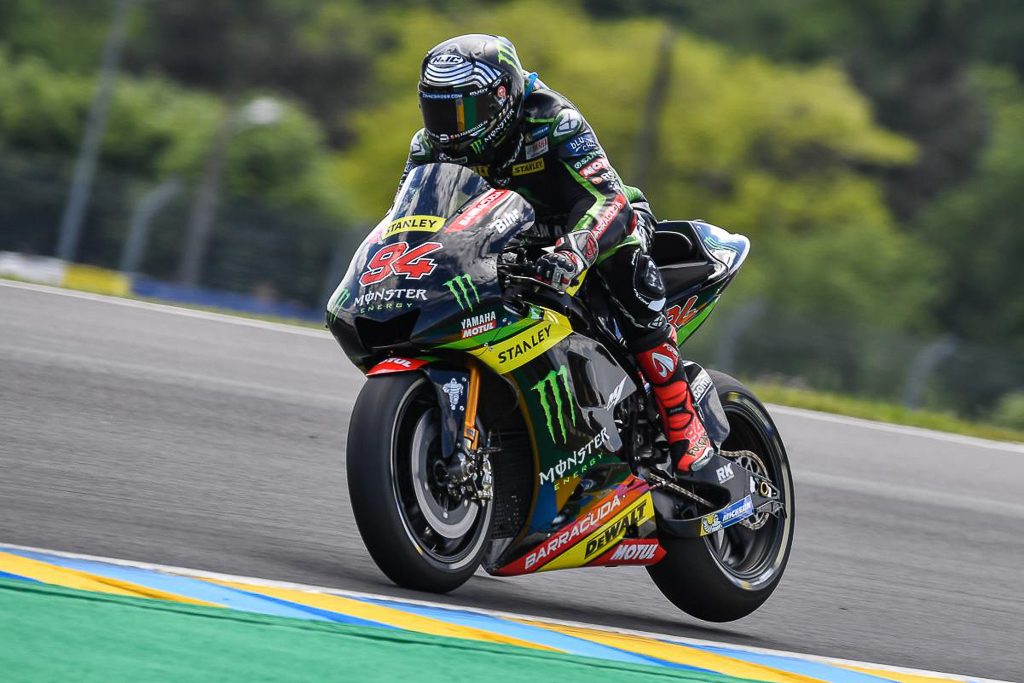 Things are clearly heating up in the MotoGP universe and the next round could heat things up even more. Mugello is around the corner and the MotoGP boys will have to duke it out once again in 2 June 2017 is Rossi’s territory for the Gran Premio d’Italia Oakley. What do you think Rossi’s special helmet will look like? Stay tuned to Bikes Republic for more updates. 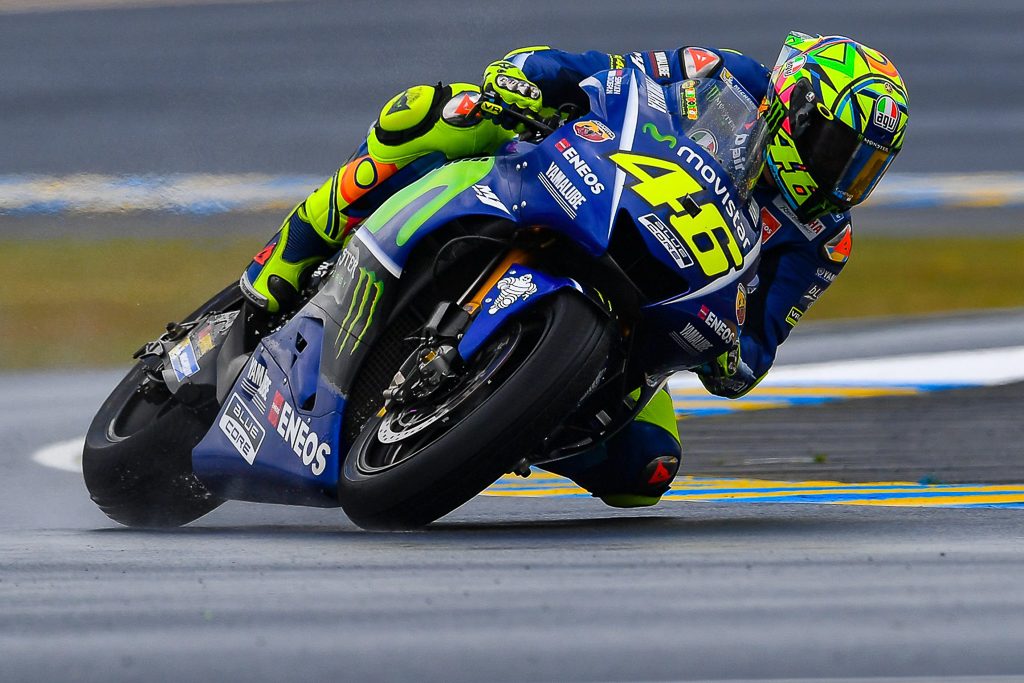