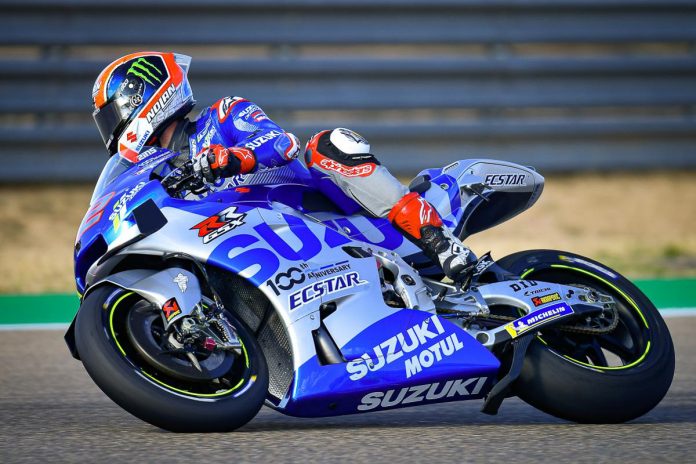 Just when you thought the 2020 MotoGP world championship could not get any more exciting, Aragon GP delivered some of this year’s finest masterclass ridings from the likes of Suzuki Ecstar’s Alex Rins and Joan Mir, as well as Repsol Honda’s Alex Marquez. 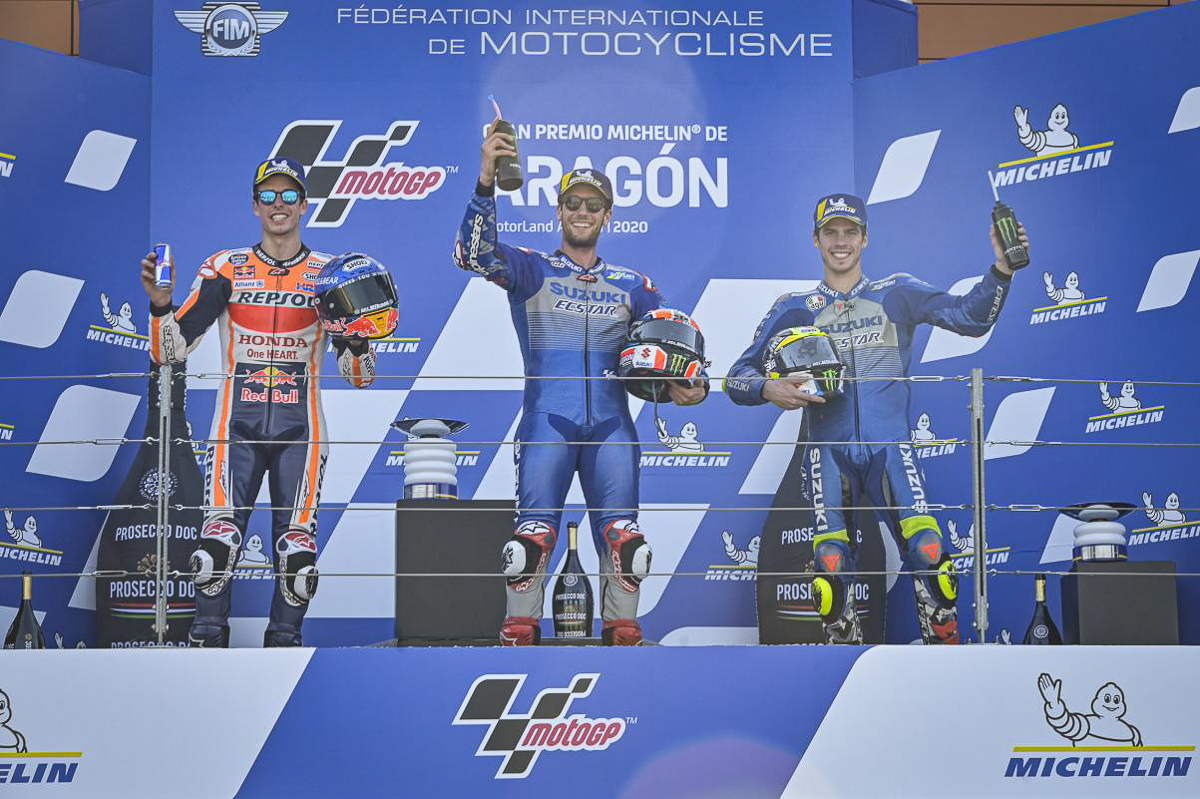 The start of the race was set for an all Yamaha assault upfront, with Monster Energy Yamaha MotoGP’s Maverick Vinales taking the holeshot, followed by Petronas Yamaha SRT’s Fabio Quartararo and Franco Morbidelli. That quickly changed halfway through the race when their Yamaha M1s suddenly dropped their pace as the Suzukis took over the lead. 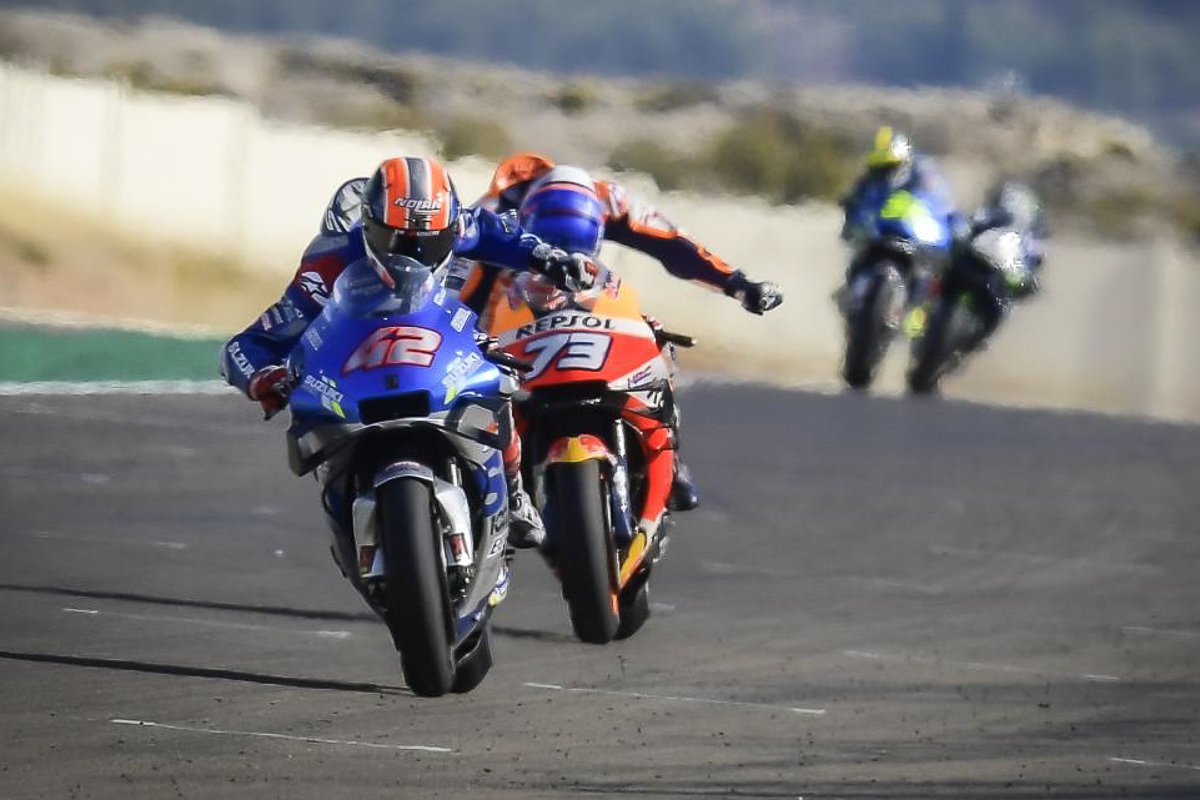 It was even worse for Fabio Quartararo who dropped dramatically and finished the race without gaining any points. What’s even more amazing is the fact that Joan Mir has taken the lead of the 2020 world championship, and he has not won any races this year, just a bunch of very consistent podium finishes. 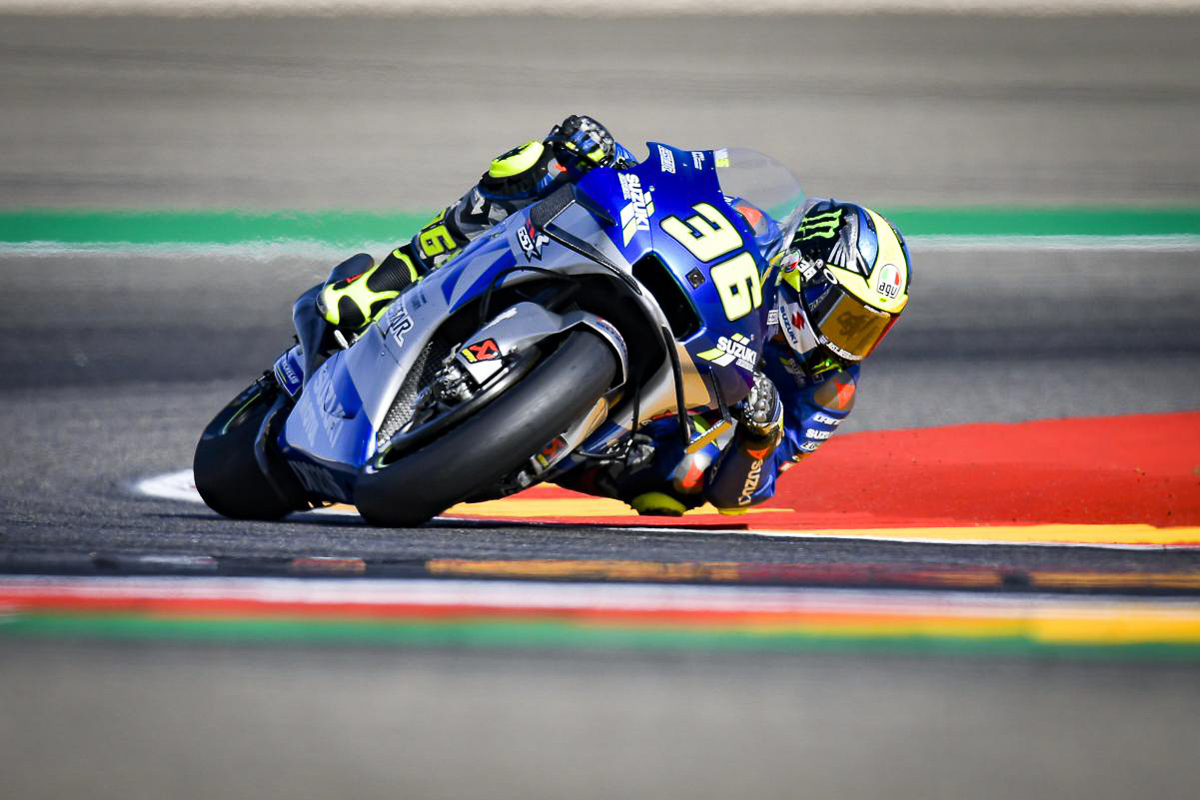 If that wasn’t enough, Repsol Honda’s Alex Marquez was on a blistering charge from P11 with his newfound confidence thanks to his P2 finish in Le Mans last week. Consistently putting the fastest time lap after lap, he found himself battling for victory with Alex Rins but couldn’t make it stick at the end due to tyre wear from his earlier efforts. Simply brilliant stuff. 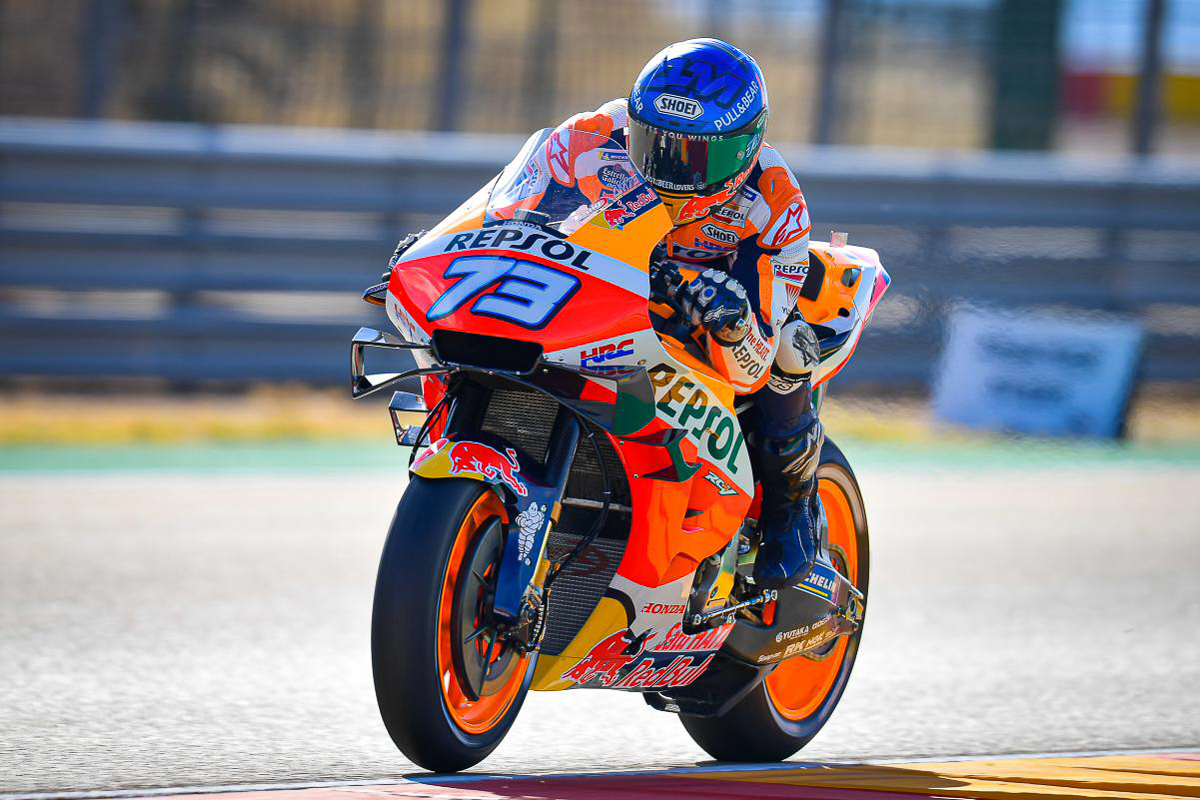 The MotoGP riders will be racing again next week at the same track, which means that Yamaha has to figure something out quick to fight against the Suzukis. Joan Mir now leads the championship with 121 points and the top four riders are only separated by 15 points. WHAT A RACE.