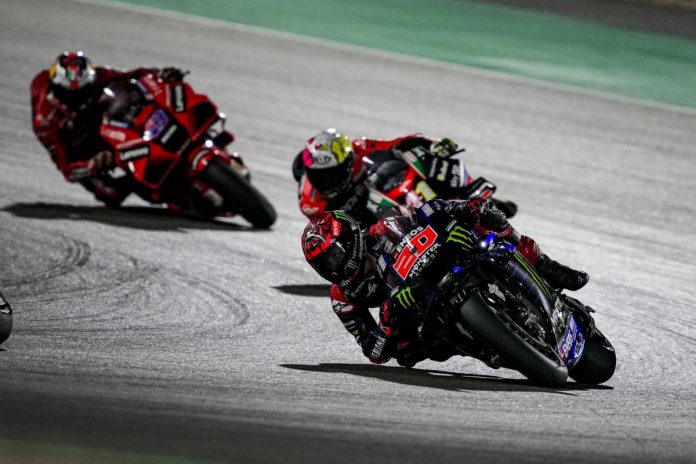 Fabio Quartararo secured his first win of 2021 after overcoming ninth place at the Losail International Circuit.

The Frenchman showed a similar performance to that of his team-mate, Maverick Vinales, who won the opening round last weekend. 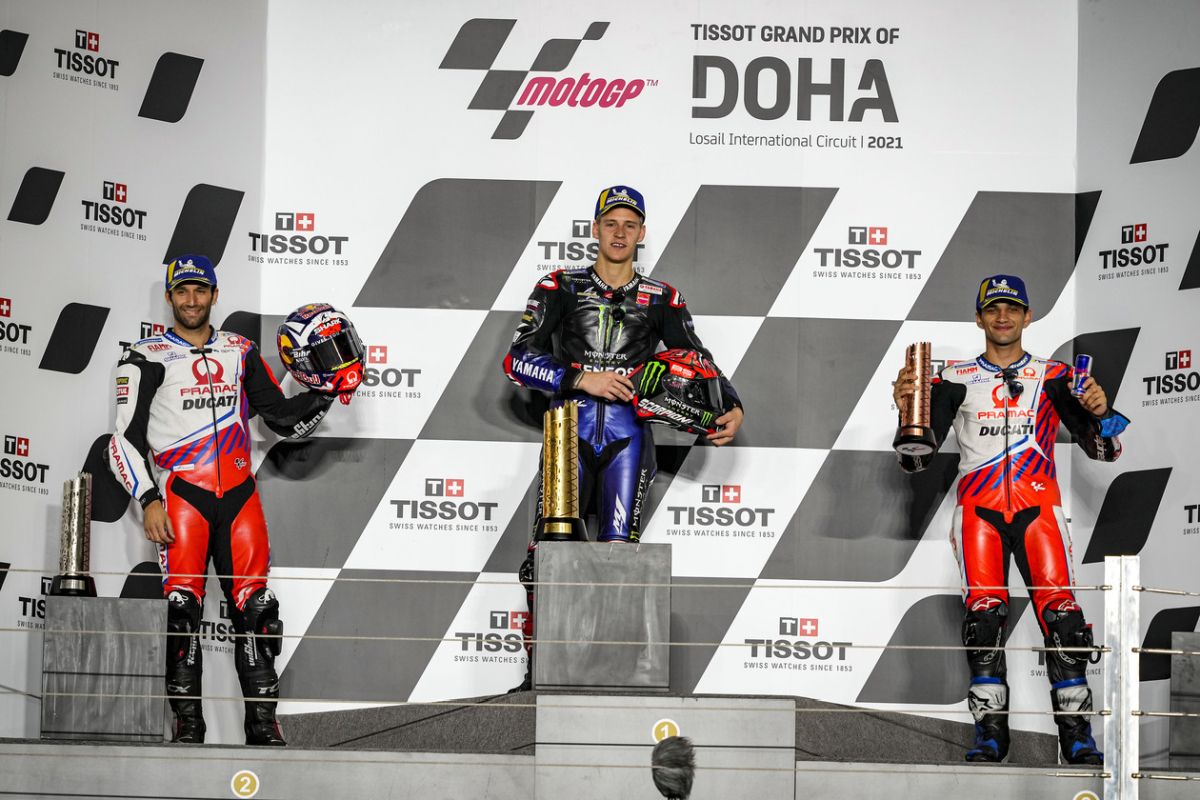 Meanwhile, MotoGP rookie Jorge Martin, leading the pack until the final stage of the race, clinched his maiden premier class podium at 3rd. 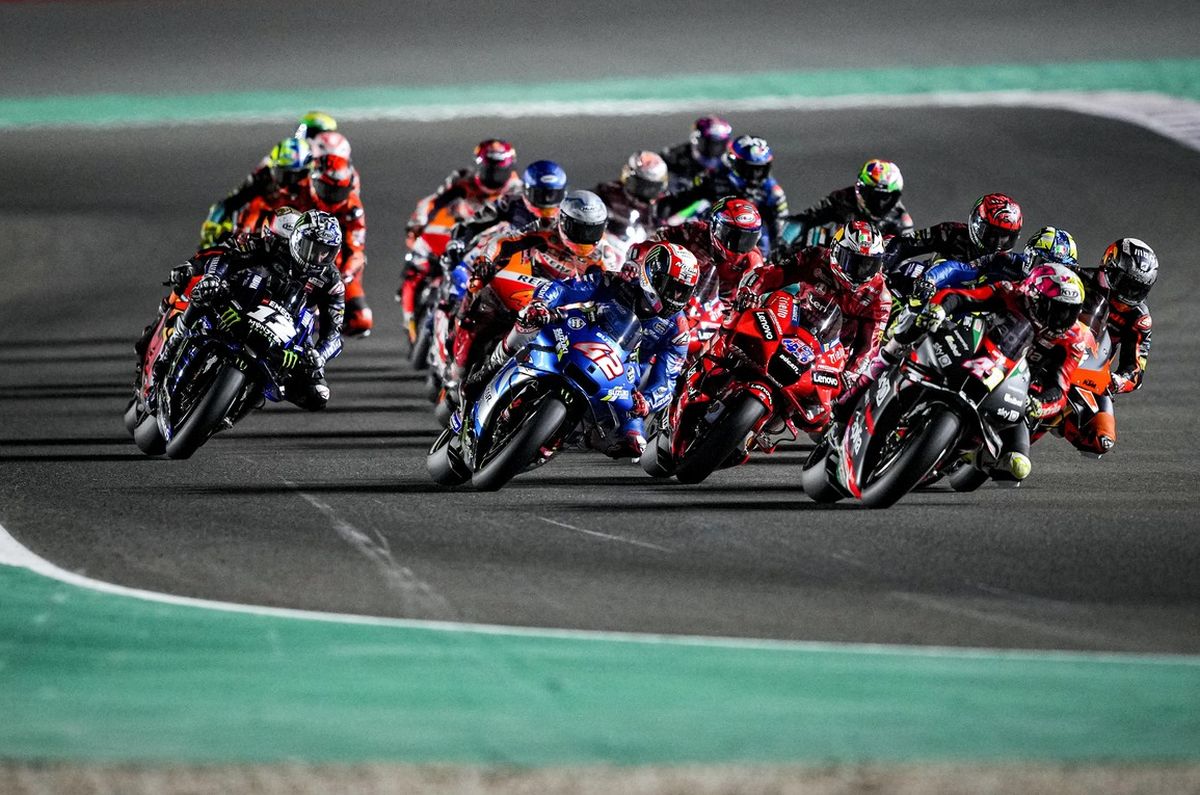 “I feel like this win gives me much more confidence than the wins from last year as I came from far back.

“In the test, it was difficult and I say woah, because the Ducati are fast in the straight and in the pace and it would be difficult to beat them.

The 21-year-old rider admitted that he was worried when Ducati dominated the qualifying session on both weekends with incredible speed. 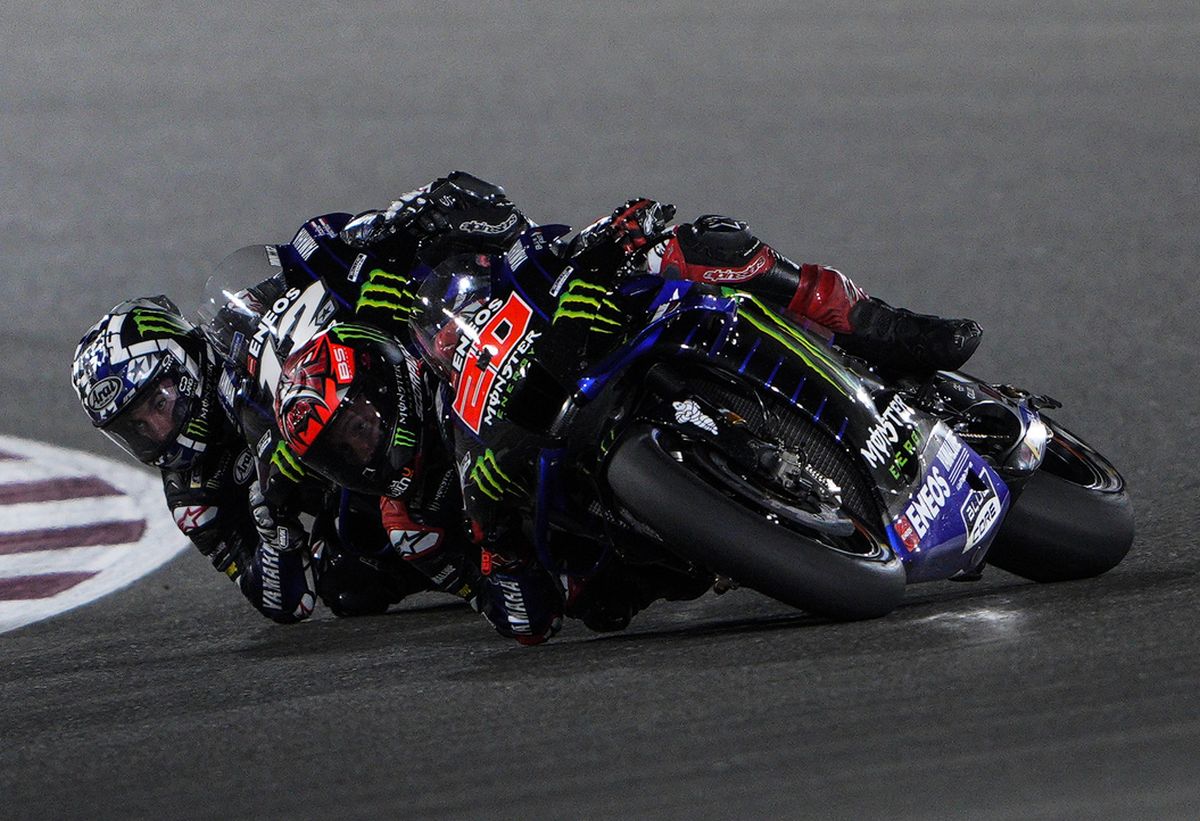 However, Quartararo managed to play the YZR-M1 strengths, coming into every turn faster than their rivals.

“Felt so good with the bike. Also turn 8, 9,10 and 15, so it is good that we have great confidence on the front, because all the other riders are riding so fast but sometimes you make an overtake and you don’t know what is going to happen later.

“You know, you feel the front moving, but that’s something we didn’t have last year. I was just going into the corner with no feeling and then just losing the front.

“But with this bike, I felt like I have a little bit more confidence on the front and I feel much more the limit. In the end, this is what I need to go fast. We have it now in Qatar and I’m crossing the finger to have it in all the races,” he added.

MotoGP will resume on April 18 at Portimao, Portugal, a brand new track that hosted the final round of last season MotoGP.