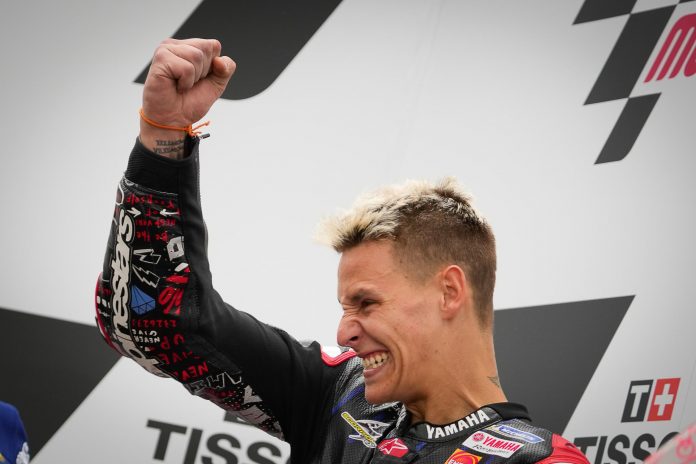 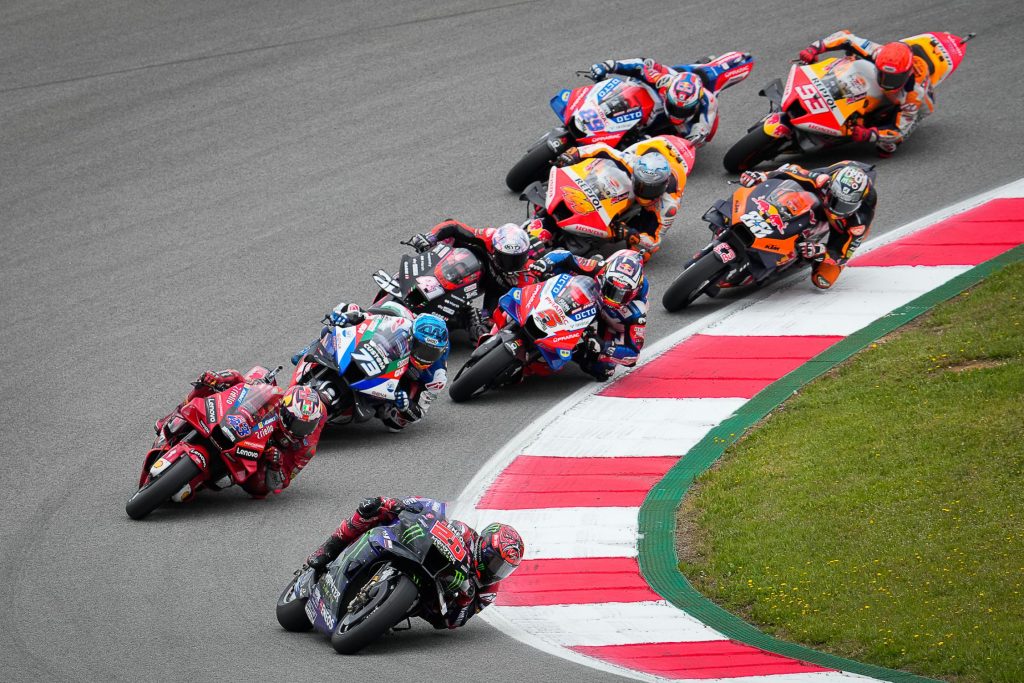 After a rocky start to his 2022 campaign with just one podium finish from the first four races, defending MotoGP world champion Fabio Quartararo made a sensational return to winning ways last weekend after dominating Sunday’s Portuguese GP race held in Portimao.

The Monster Energy Yamaha MotoGP factory team rider started from the second row of the grid in fifth position and, though he didn’t get the best of race starts, didn’t take too long to find his rhythm. He was able to challenge Suzuki’s Joan Mir for the lead on Lap 3 before snatching it by Lap 4. From then on, the 23-year-old southern Frenchman remained until the chequered flag waved on Lap 25. 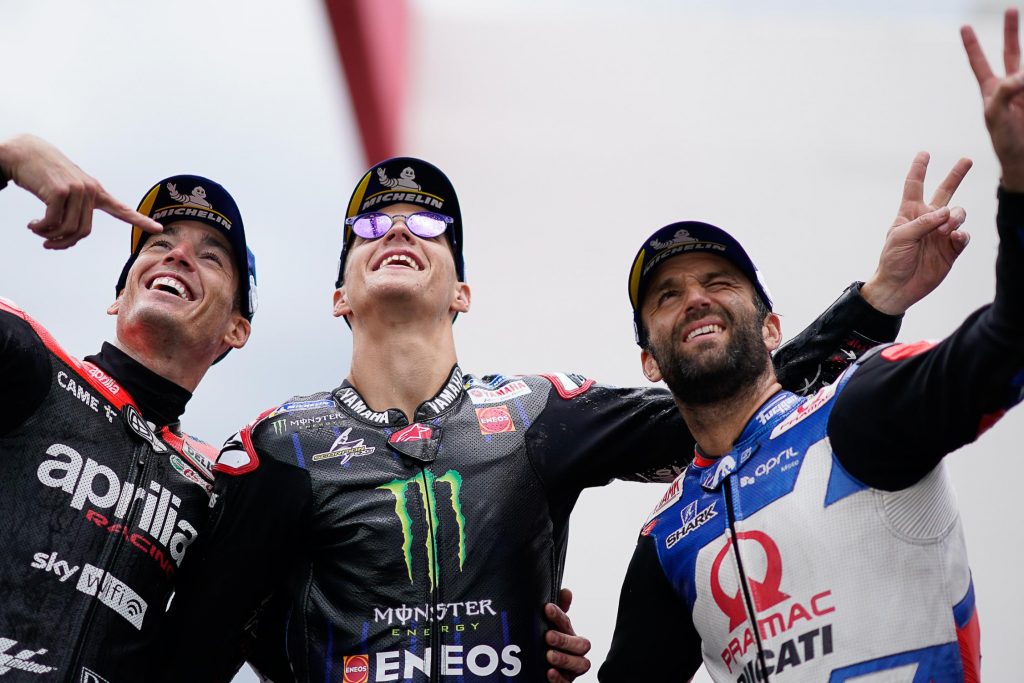 This commanding victory scored by Quartararo has silenced any doubt about his title drive for this year despite recent bouts of comments to the press indicating his unhappiness with his Yamaha factory machine’s deficit in performance and power. More importantly, this win sees Quartararo back in the title chase as both he and Suzuki’s Alex Rins now jointly leads the standings with 69 points.

Boosting Quartararo’s results further were the on-track drama which included factory Ducati rider Jack Miller and aforementioned Suzuki ace Mir taking each other out in dramatic fashion at Portimao’s Turn 1 on Lap 18.

This, in turn, allowed pole-sitter Johann Zarco to climb back up the podium step in second astride the satellite-spec Pramac Ducati machine whilst Aprilia Racing’s Aleix Espargaro takes third to complete the podium.

Besides the fight up front, the 25-lap feature race held last Sunday at the picturesque Portimao circuit featured plenty of action elsewhere. Highlights included Alex Rins’ heroic recovery ride from second last to fourth place, as well as the Marquez brothers duking it out right to the finish. 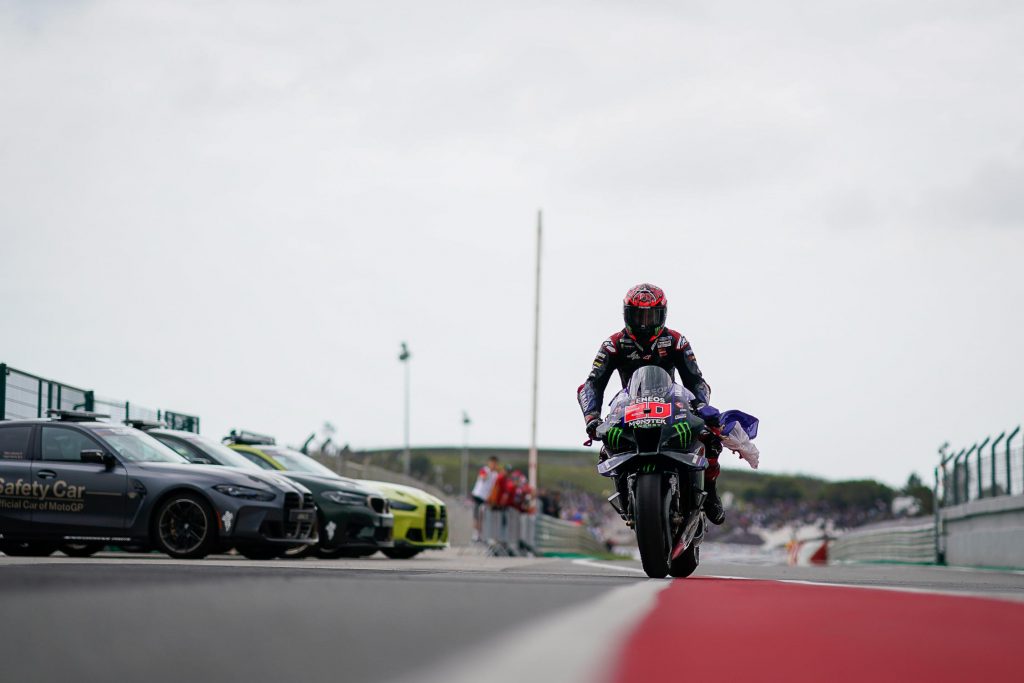 In the Construstor’s standings, Ducati still leads with its 106 points tally, which sees it 36-points clear of both KTM and Suzuki sharing 70 points in second and third respective. Quartararo’s win sees Yamaha climb up the order into fourth with 69 points ahead of Aprilia in fifth (67 points) and Honda (44 points).

Notably, the Team Suzuki Ecstar factory-backed effort leads the Team’s championship standings with its tally of 115 points – 24 points of Aprilia Racing in second with 91 points, and 29 points clear of the factory-backed Monster Energy Yamaha MotoGP team in third who’ve climbed up to third with 86 points.

Next up, all attention turns to Round 6 of the championship in Jerez, Spain for the Spanish GP scheduled from April 29 to May 1.