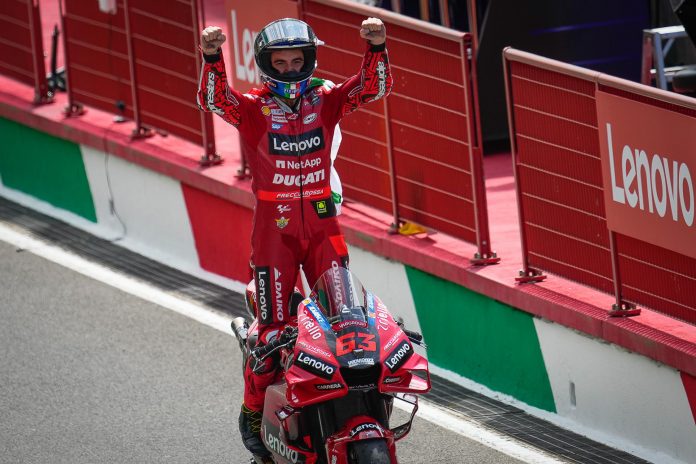 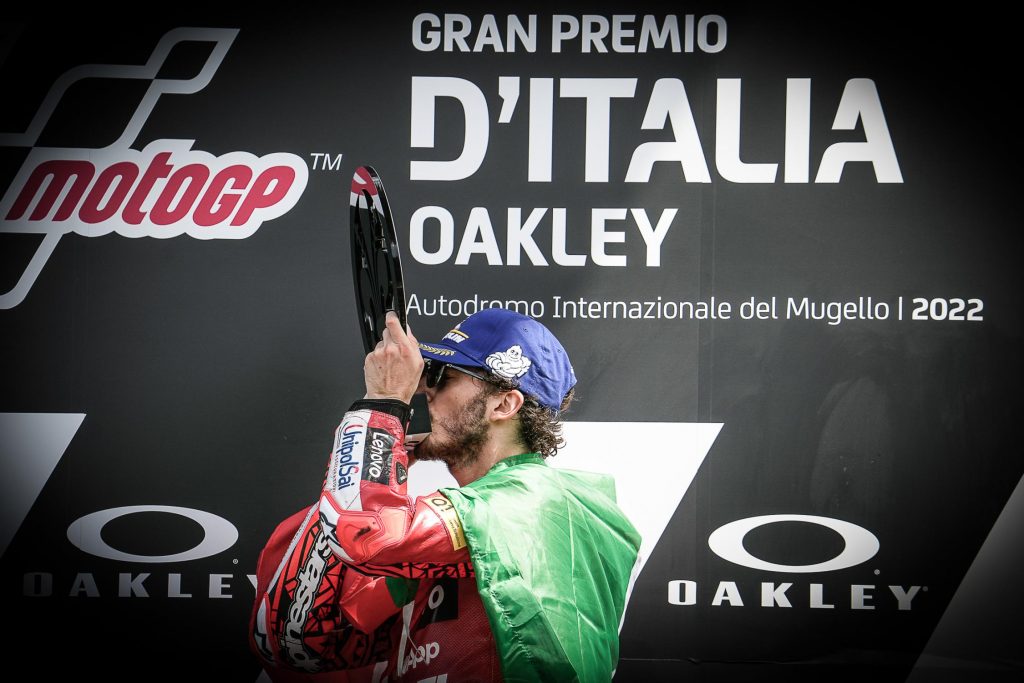 Round 8 of the 2022 MotoGP world championship concluded yesterday with Francesco ‘Pecco’ Bagnaia taking top honours for Ducati. The 25-year-old Turin native put on a sensational performance, which resulted in a much-deserved win on home soil for him and the famed Italian factory.

Things didn’t come easy for Bagnaia who had to bounce back from a disappointing DNF in the French GP held just a fortnight ago – a race he could’ve won. Adding to the pressure was the less-than-ideal qualifying result he charted on Saturday which saw him line up fifth on the grid. 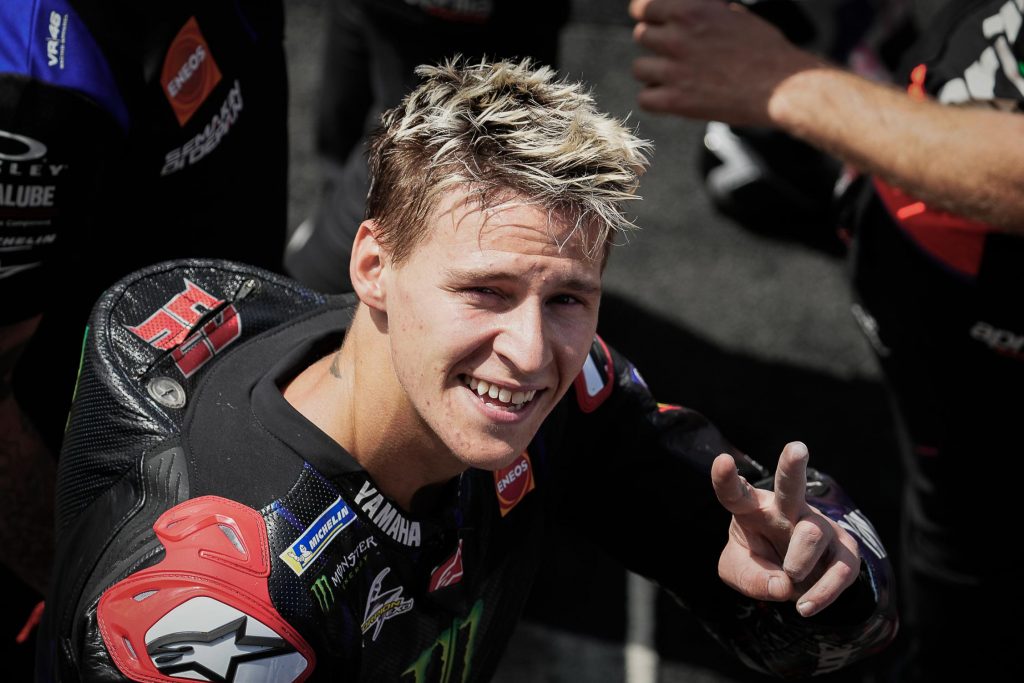 Despite dropping down as low as eight on the first lap, Baganaia pushed on and stormed past riders ahead of him before taking the lead by Lap 9. He stayed there for the remainder of the 23-lap melee and took the flag in first ahead of a defending world champion Fabio Quartararo in second.

Astride the Monster Energy Yamaha MotoGP Team’s factory-spec Yamaha YZR-M1, Quartararo’s charge towards the podium after launching from sixth on the grid was a Herculean feat on its own right too – he staved off no less than five Ducatis despite his Yamaha’s power and speed deficit. 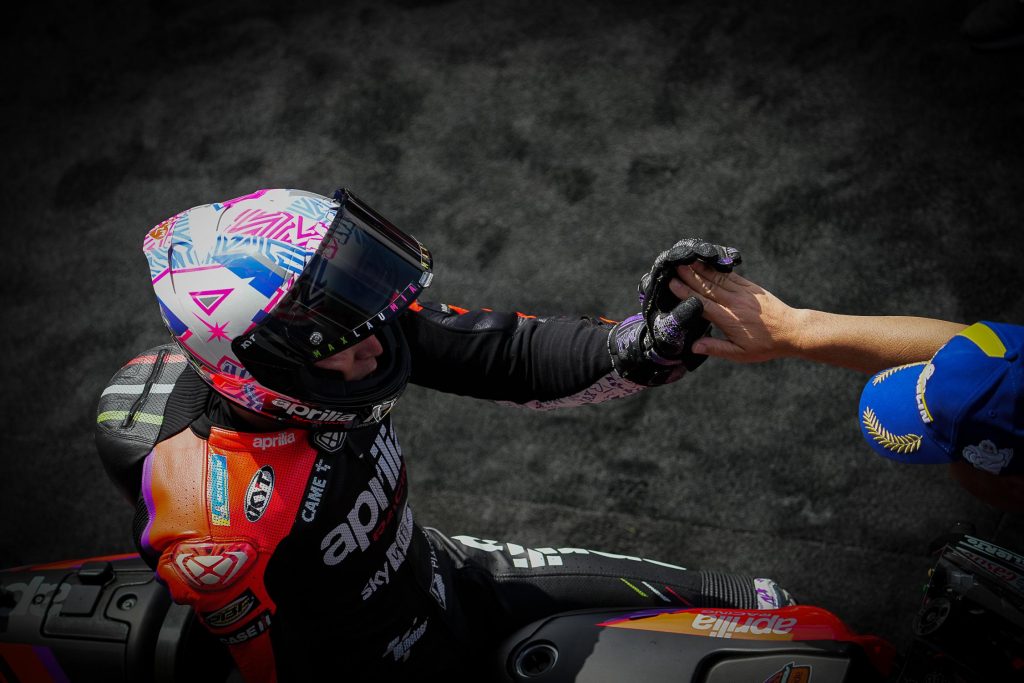 Completing the rostrum was Aleix Espargaro in third who charts his fourth straight podium finish in a row and Aprilia Racing’s first podium on home soil. Clearly re-energised from his renewed contract, the Spanish veteran, renowned for wearing his heart on his sleeve, didn’t disappoint for the Noale factory. 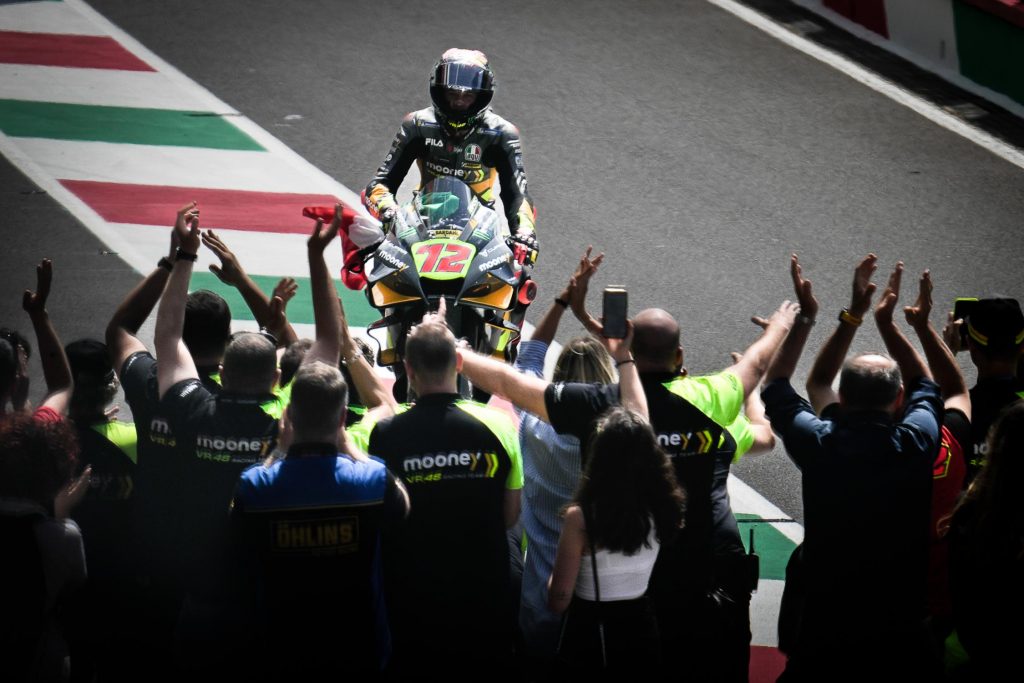 Elsewhere, it was jubilation for the Ducati-powered Mooney VR46 Racing Team duo of rookie rider Marco Bezzechi and sophomore rider Luca Marini. Though both were unable to convert their front row starts from second and third respectively into a victory, both riders were still able to claim fifth and sixth respectively, much to the delight of the home crowd. 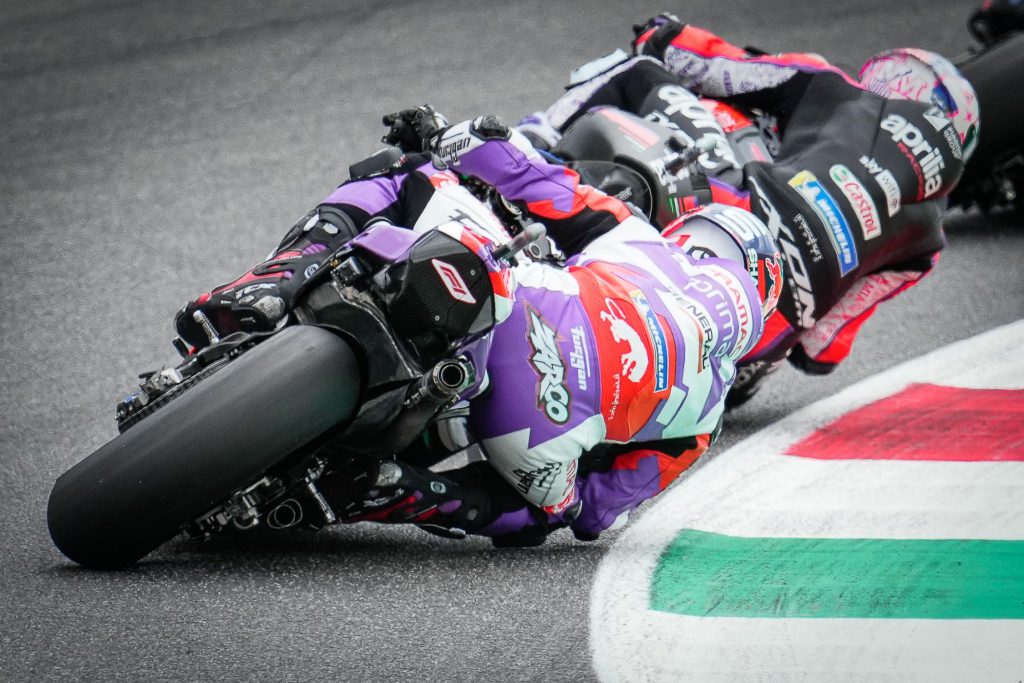 Seizing the honour as Top Independent Team Rider was Prima Pramac Ducati’s Johann Zarco. Despite suffering a poor race start that saw him drop from fourth on the grid to seventh, the veteran Frenchman clawed his way back up the order to finish fourth just 2.590 seconds behind Bagnaia. 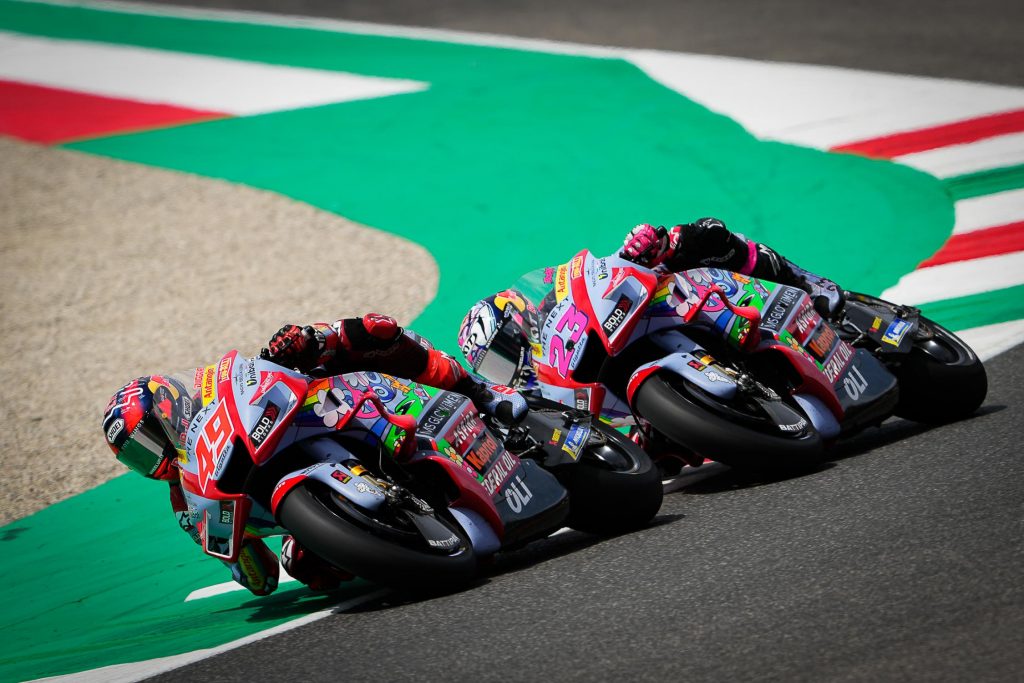 As for title contender Enea Bastianini, this was a home GP to forget after crashing out on Lap 13. His Gresini Racing teammate, rookie Fabio Digiannantonio, who charted a sensational pole position result the day before, faltered down the order, only mustering to cross the line in eleventh aboard his Ducati.

With the Italian GP done and dusted, the championship standings still sees Quartararo leading things with 122 points, but Aprilia’s Espargaro is still hot on his heels with just 8 points separating both. Despite his home GP DNF, Bastianini stands third still, albeit with a larger 28-point deficit now. 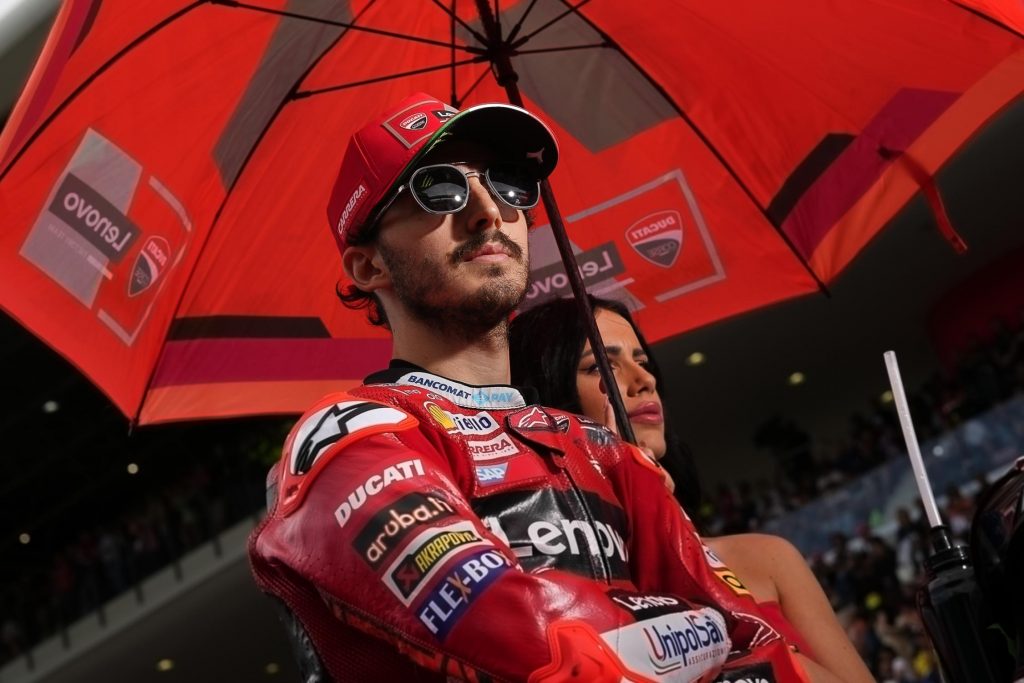 As for Bagnaia, his title hopes have somewhat re-energised following his sensational win. However, he now sits fourth in the standings with 81 points, and it remains to be seen how he – and Ducati – plan to offset the 41-point deficit to current leader Quartararo.

Next up, all attention now focuses on the upcoming Catalan GP which stands as Round 9 of the 2022 championship. Things kick off at Circuit de Barcelona-Catalunya in less than a week’s time from June 3 to June 5.