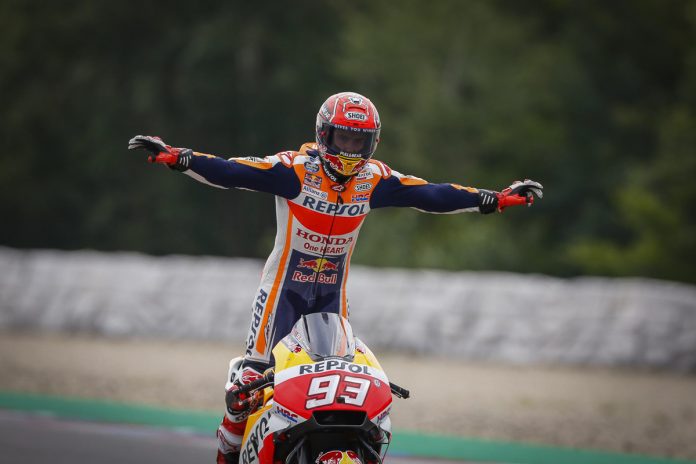 The second half of the MotoGP season saw the brilliant Marc Marquez (Repsol Honda) taking the win in Brno in a sensational flag-to-flag race.

The 24 year old finished leaps and bounds ahead of his team mate, Dani Pedrosa who completed the Honda’s perfect one-two finish with a 12-second gap.

Maverick Vinales (Movistar Yamaha MotoGP) made sure that Marquez’s lead was not too far ahead in the championship by finishing in P3 ahead of his team mate, Valentino Rossi. 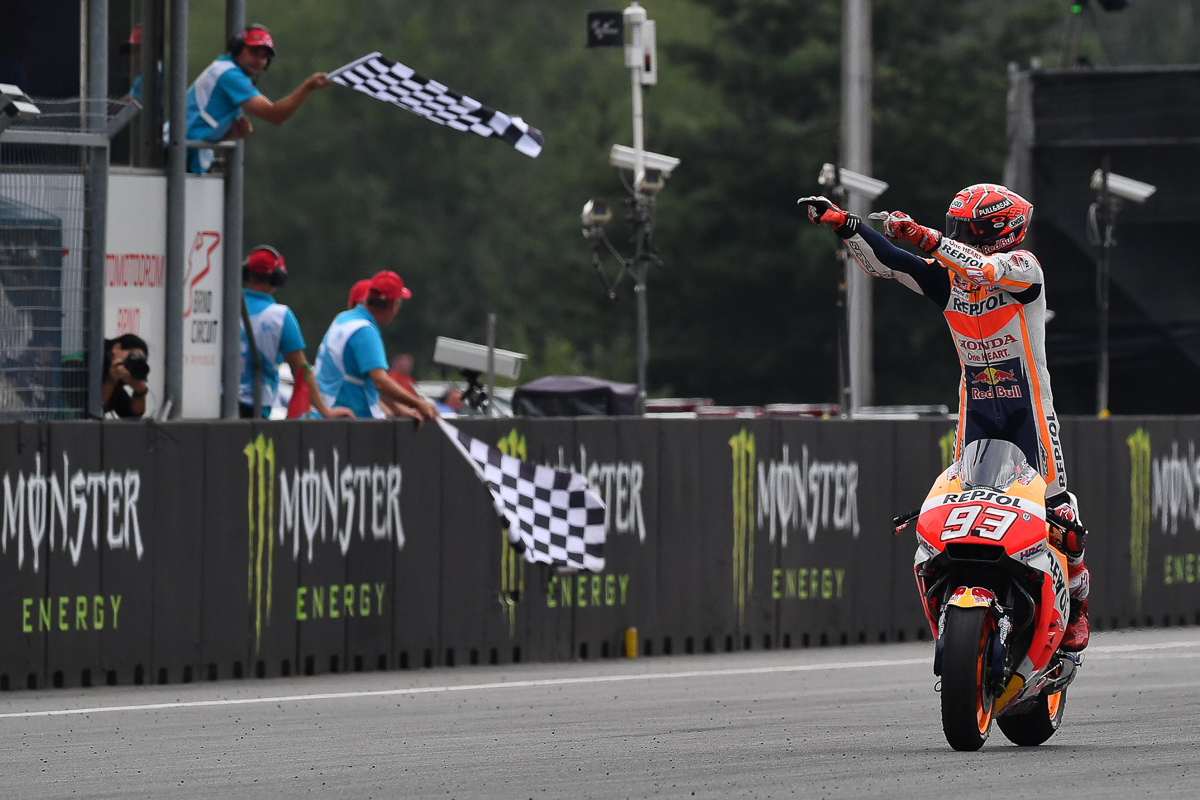 With the stakes for the 2017 MotoGP World Championship getting higher than ever, it was the ever brilliant Marc Marquez (Repsol Honda) who yet again displayed his superb timing and strategy to take the win in the Czech GP. 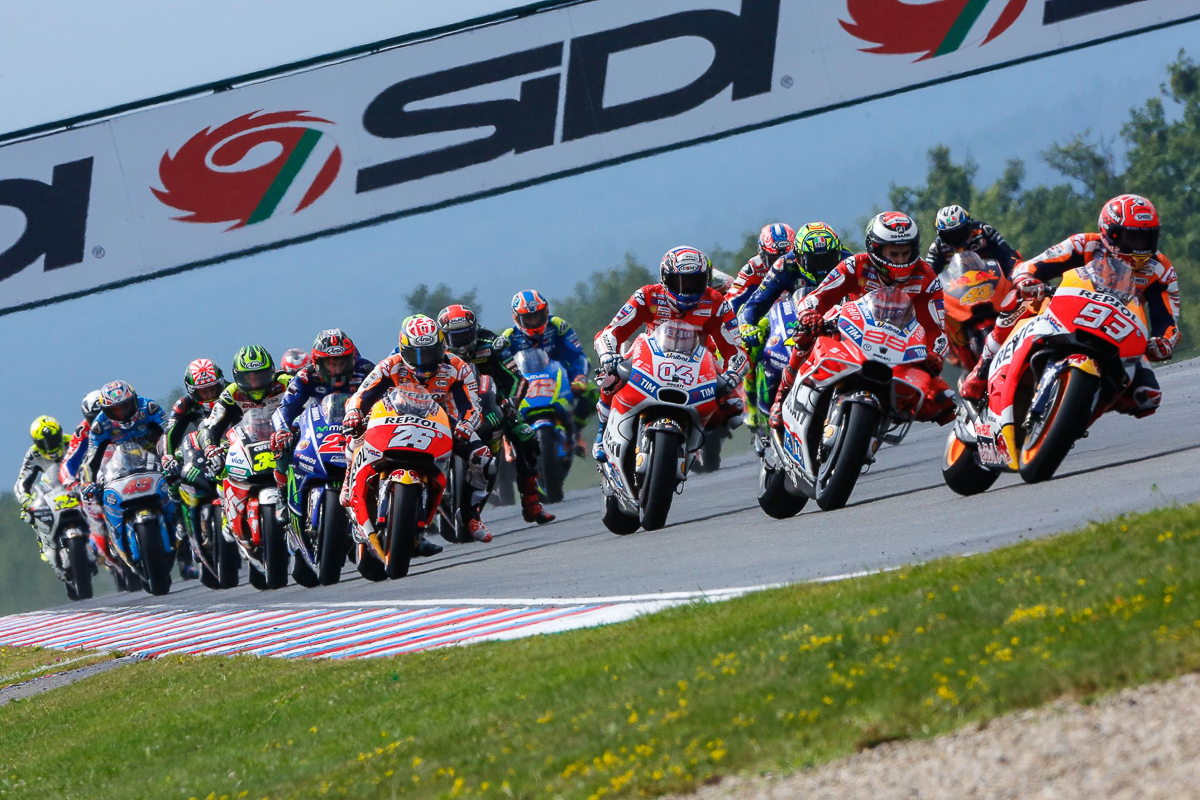 With the race being declared a wet race at the start, riders and team quickly prepared for the possibility of swapping to race bikes setup for the dry as track conditions quickly indicated signs of drying up. Marquez and his signature quick wits for premier-class race strategy was the first rider to roll into the pits to swap to his dry bike after quickly finding out that the wet tyres weren’t getting him anywhere fast. 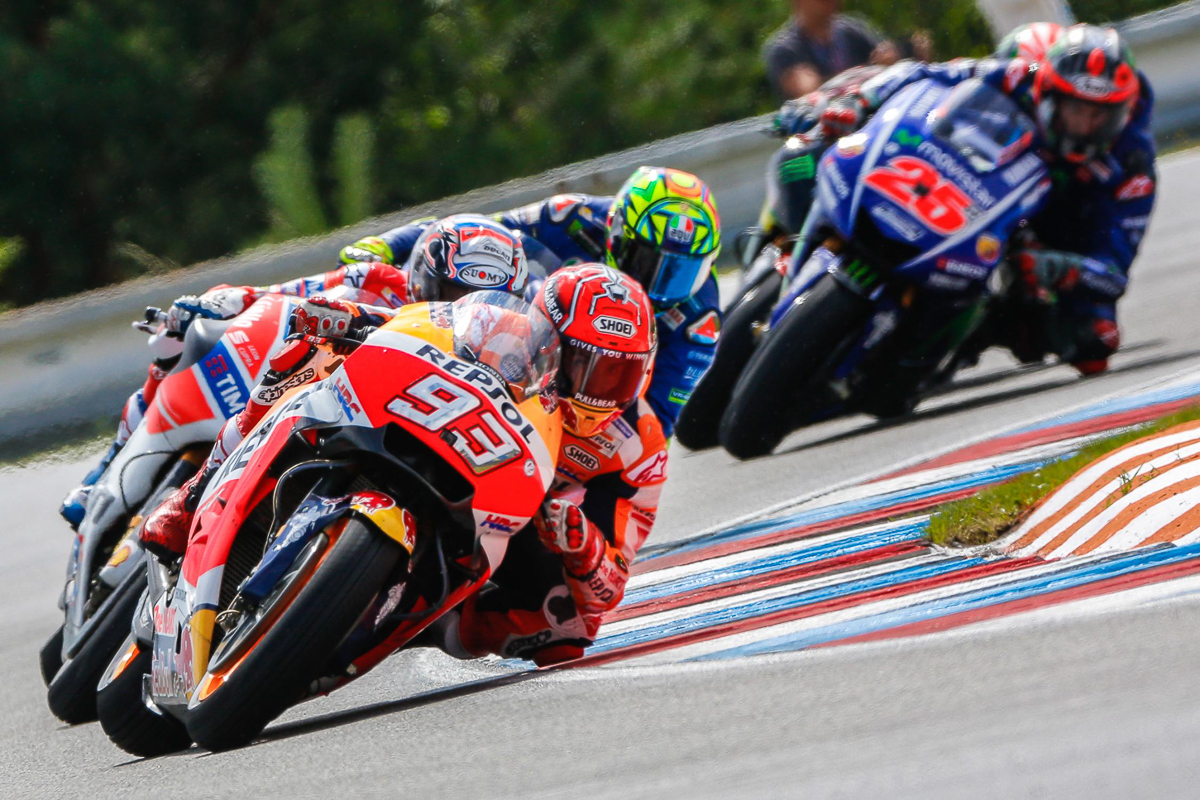 The strategy paid off yet again and he quickly pulled in some fast lap times before taking the whole shot win with a boost to his overall championship points and battle for the 2017 crown. 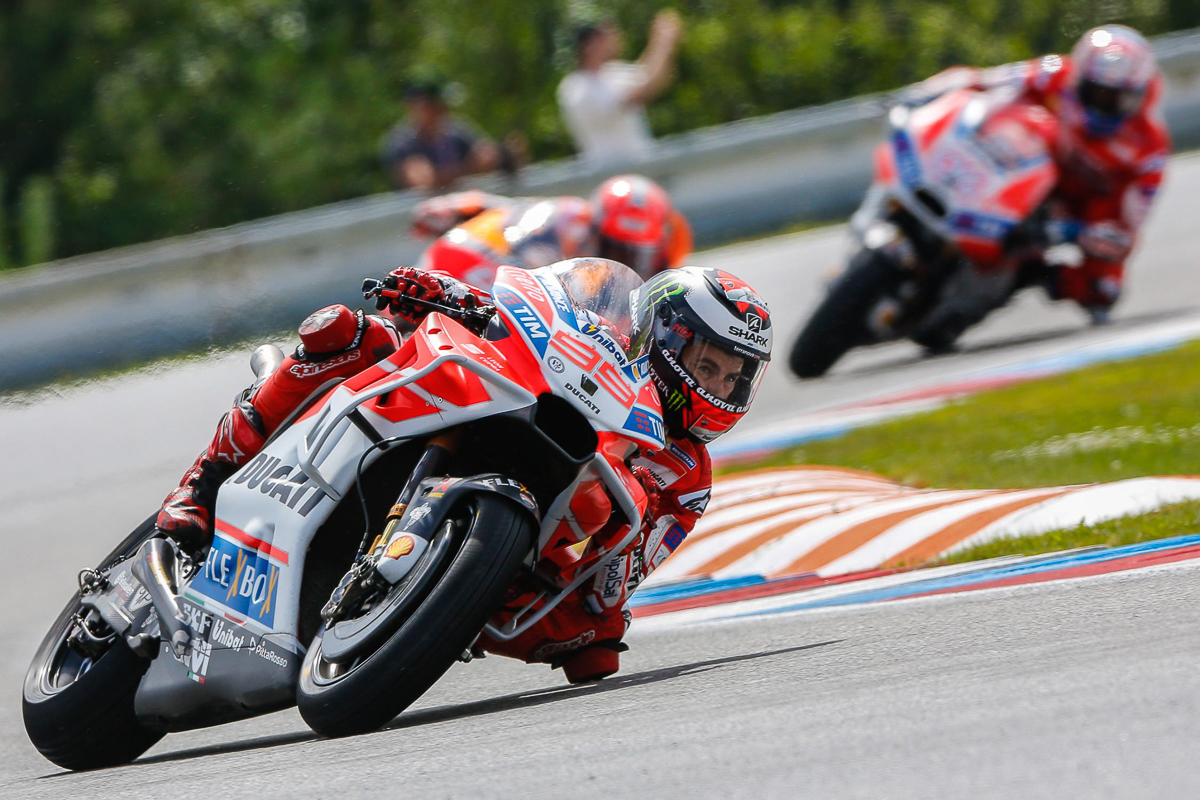 The first blitz towards Turn 1 saw Jorge Lorenzo (Ducati Team) surprising everyone by not just leading but jogging away from the rest of the pack. Lorenzo’s lead was short lived after everyone has swapped their bikes for the drying track and he only managed to finish in P15. 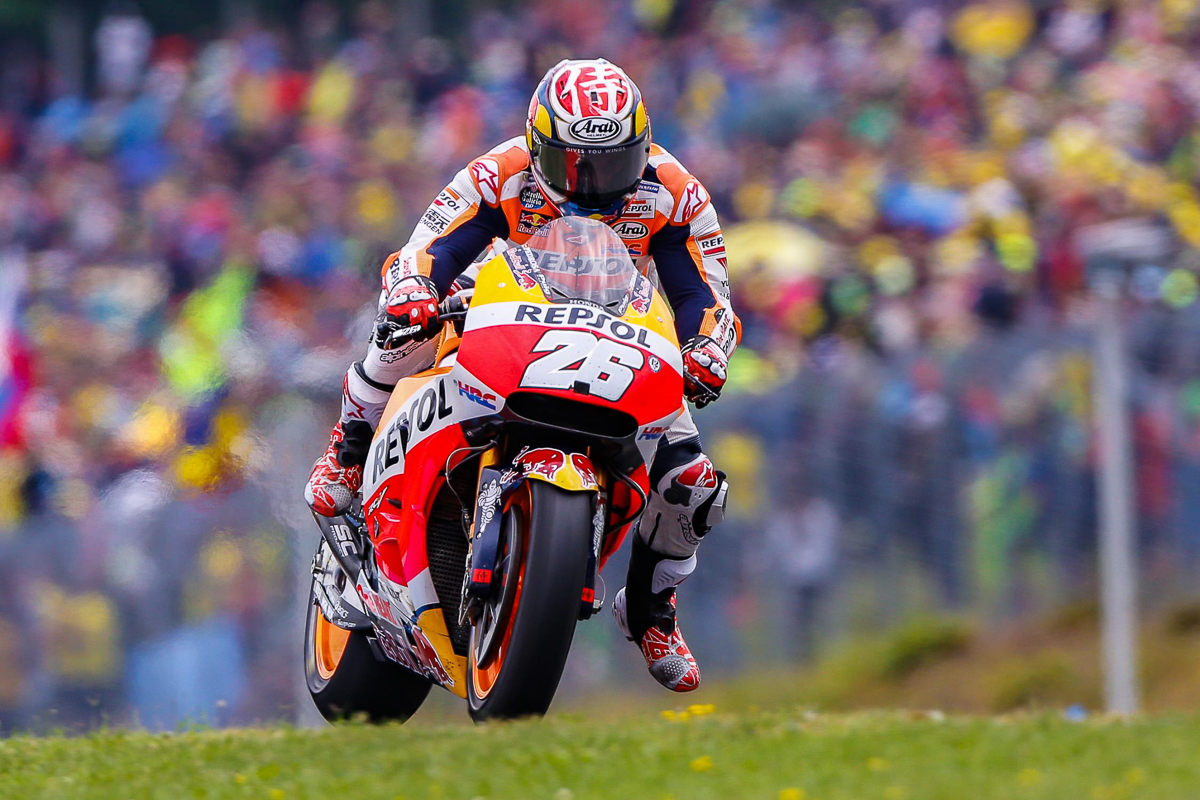 The Repsol Honda squad also had another reason to celebrate as their second rider Dani Pedrosa completed the Honda one-two finish at Brno. Pedrosa crossed the finish line over 12 seconds behind his compatriot as Marquez was the first the one to swap his Honda RC213V at the end of the first lap; ahead of everyone else. 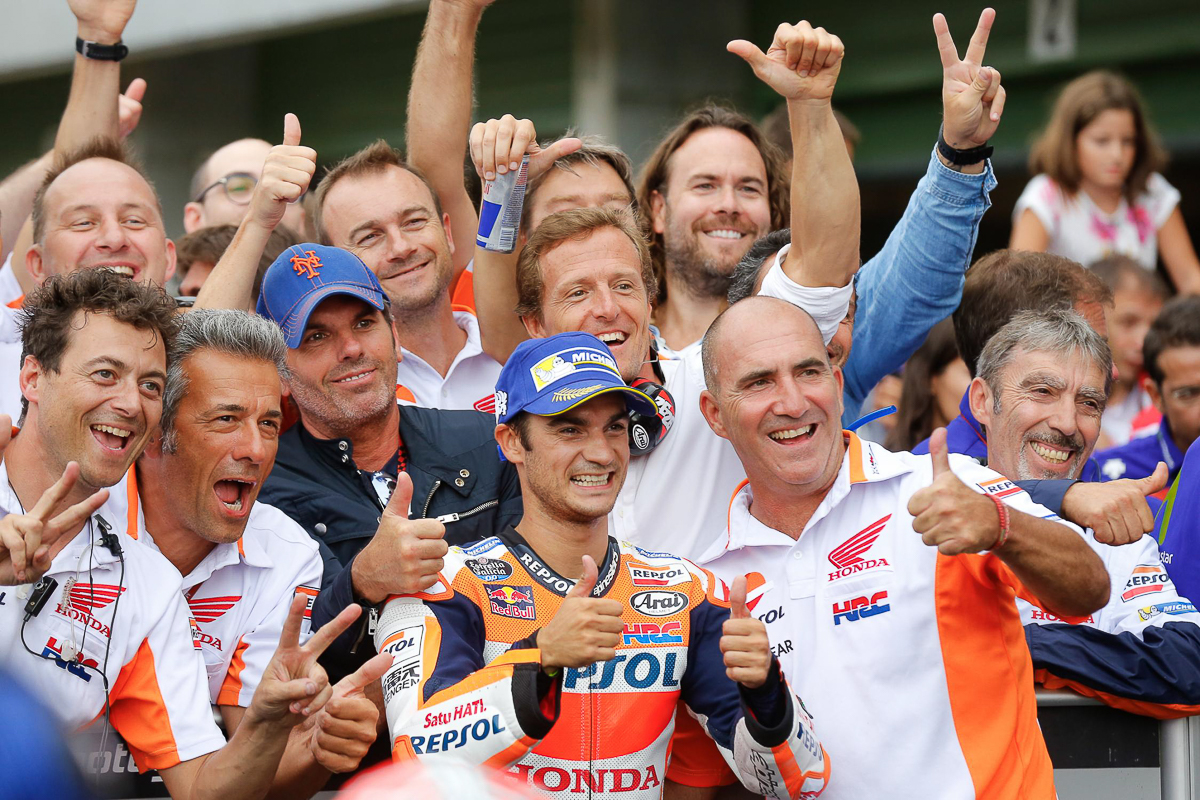 Not too far behind, Movistar Yamaha MotoGP rider Maverick Vinales managed to salvage the final podium spot after a very tough race start. With all the flag-to-flag mayhem, Vinales took the chance and fought his way to third at the same making sure that Marquez won’t lead too far in this year’s championship battle. 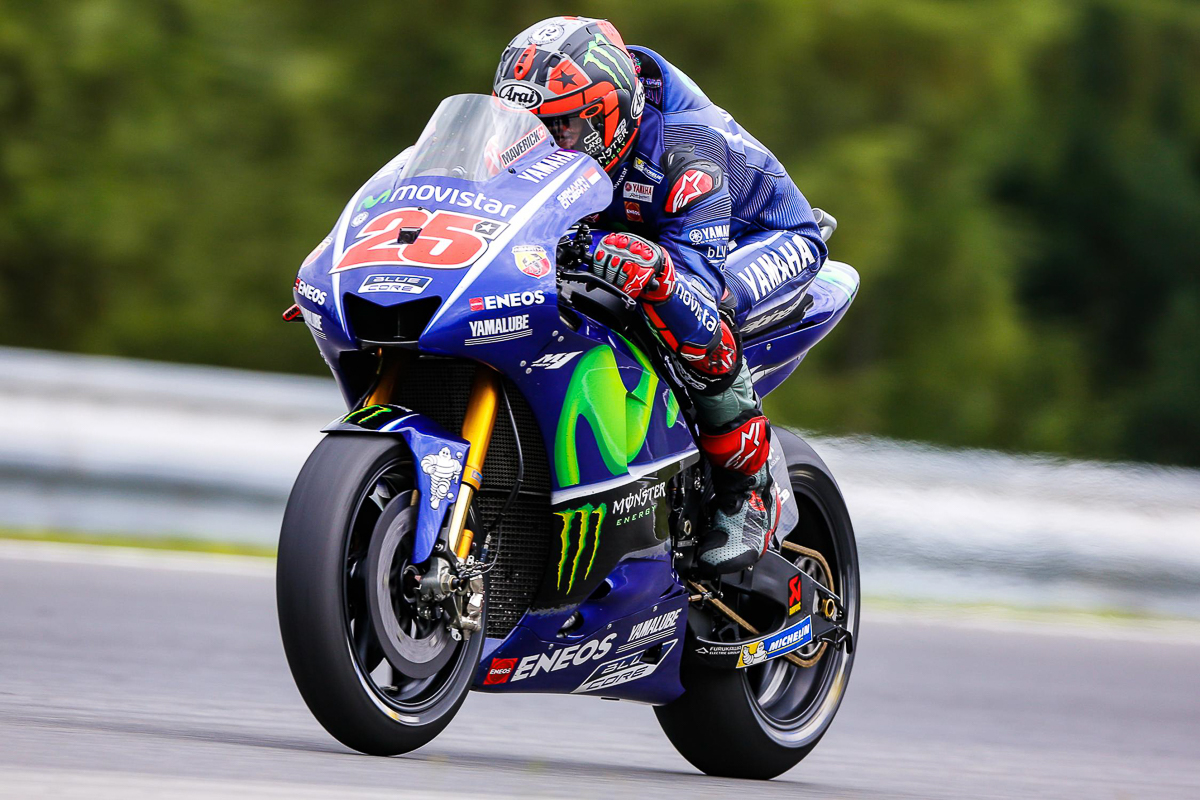 The other Movistar Yamaha MotoGP pilot Valentino Rossi proved that he still got what it takes to fight in the championship. Sadly, he repeated the same mistakes as in other flag-to-flag races with rapidly changing conditions. 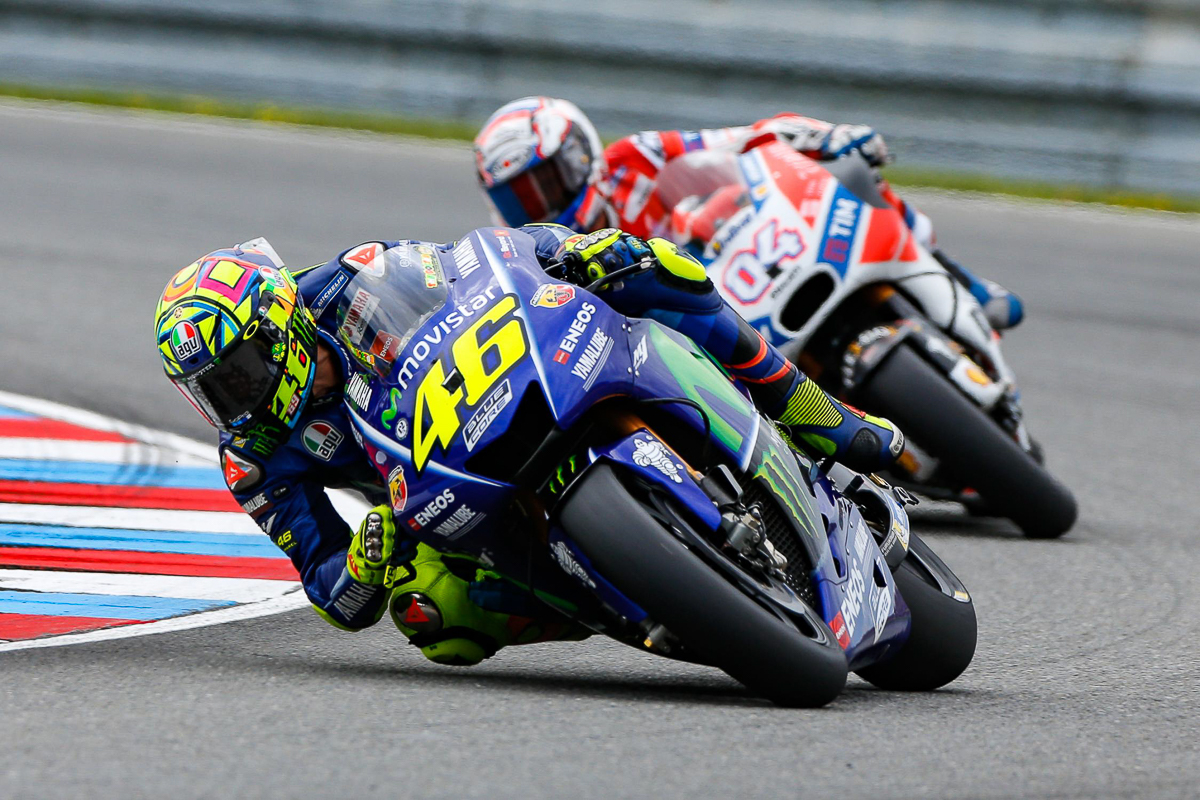 Rossi together a few other riders stayed one for three laps before deciding to swap their race machines. By the time they did so, Marquez was already too far ahead in the lead. It was a tough battle but Rossi finished in fourth just half a second ahead of LCR Honda rider, Cal Crutchlow. 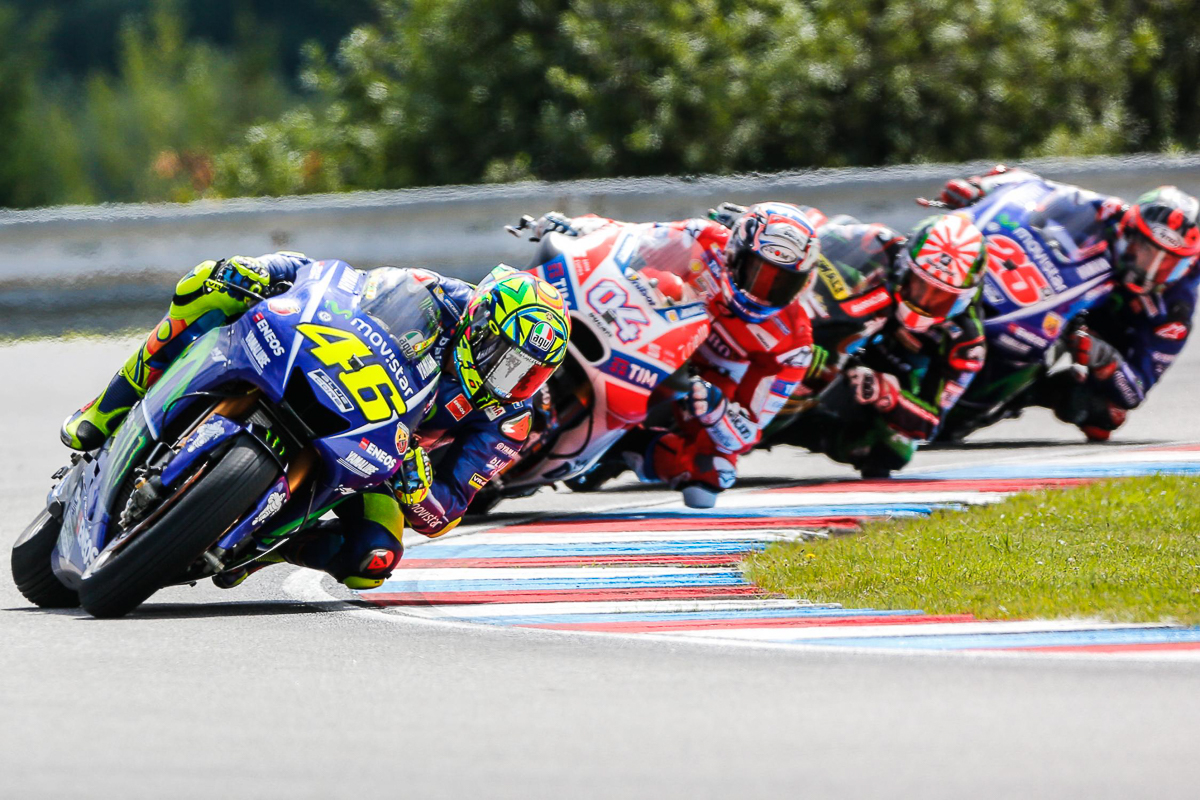 Andrea Dovizioso (Ducati Team) also managed to secure P6 despite coming into the pits late. Given a few more laps, the Italian could’ve finished slightly higher but the upside is that he is now third in the MotoGP world standings with only a point separating him and Rossi who’s currently in fourth. 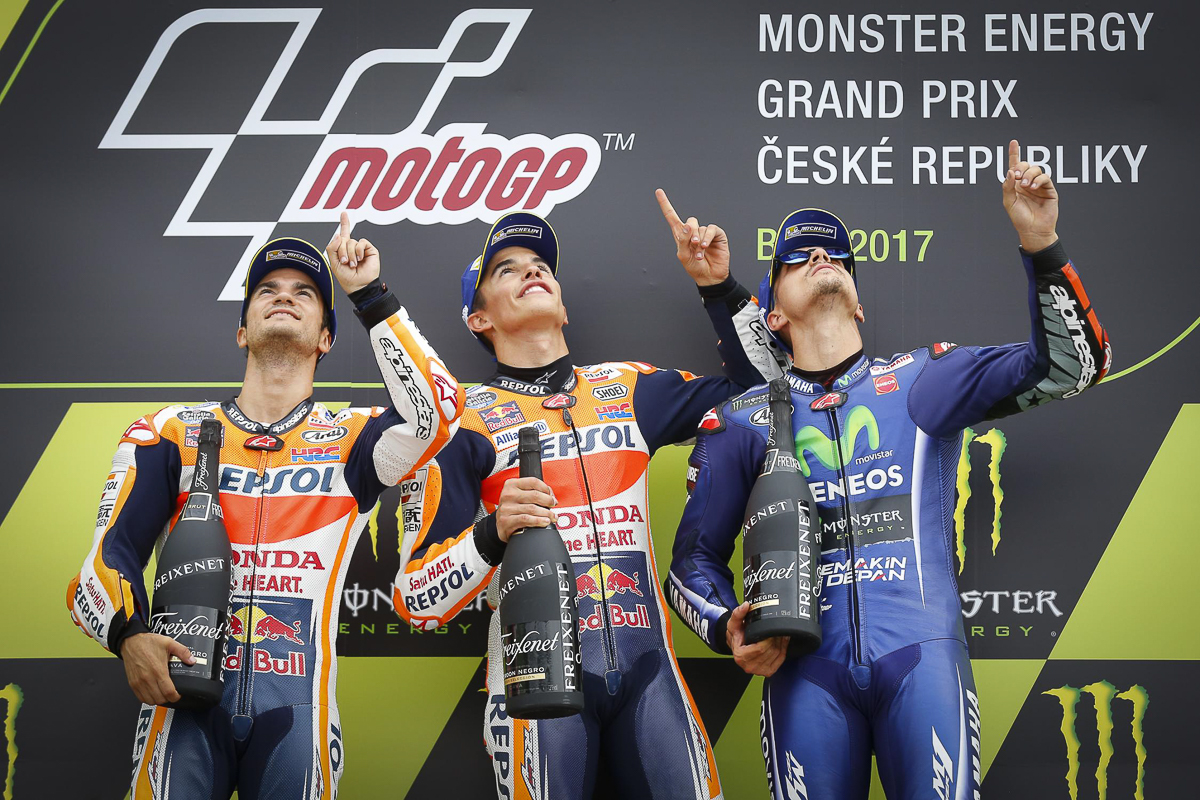 Marc Marquez now leads the championship with 154 points followed by Maverick Vinales (140 points), Andrea Dovizioso (133 points), Valentino Rossi (132 points) and Dani Pedrosa (123 points). The MotoGP season is getting hotter and with how things are looking, it won’t be a surprise if the battle continues on to the final round in Valencia. 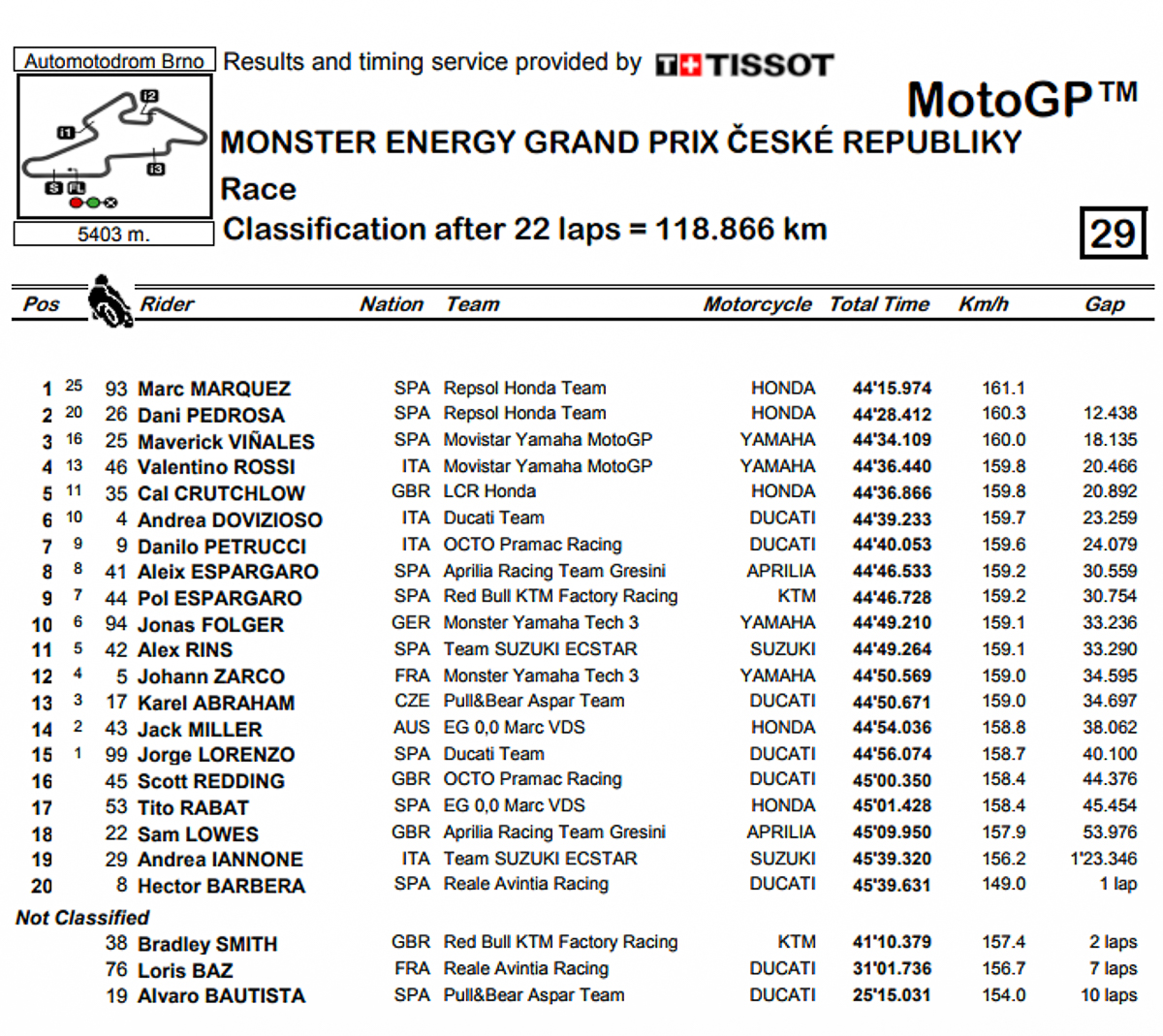