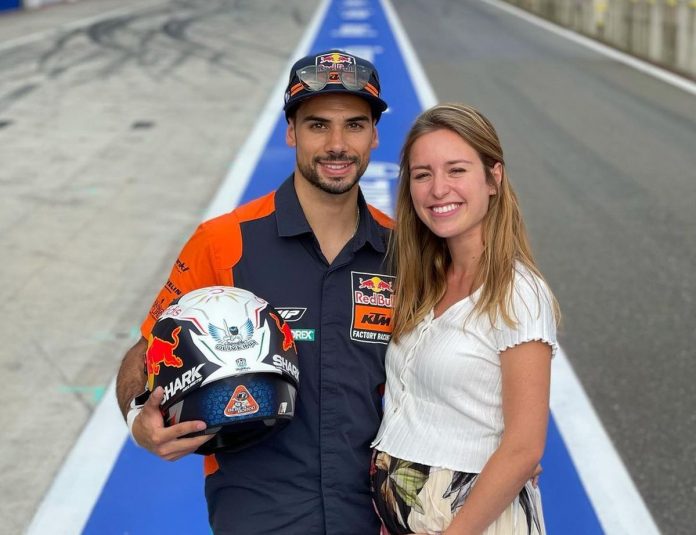 MotoGP rider Miguel Oliveira and his step-sister turned wife is expecting their first baby, as announced by the pair.

The couple announced the good news via Oliveira’s Instagram account, which was flooded with congratulatory messages by friends and families, including Hafizh Syahrin, his former teammate at Tech3 KTM.

Oliveira kept the relationship a secret for 11 years before deciding to marry the daughter of his dad’s second wife, Andreia Pimenta, last month.

The factory KTM rider will return in action next weekend at Silverstone to repeat this season’s success of winning the Catalan GP in June.