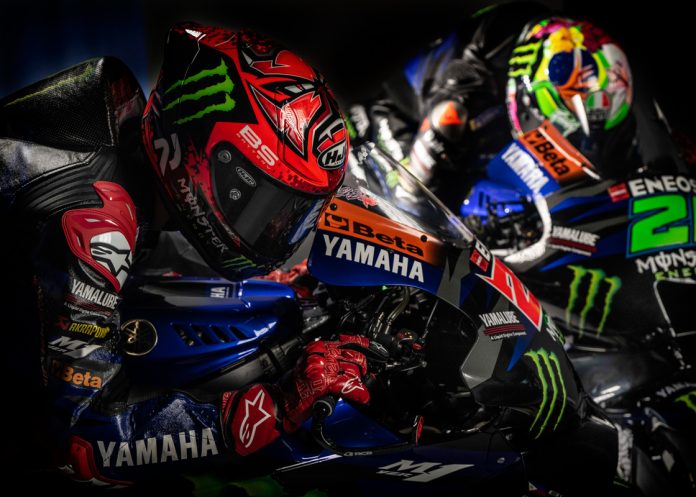 Monster Energy Yamaha has officially unveiled its latest livery ahead of the 2023 MotoGP season. 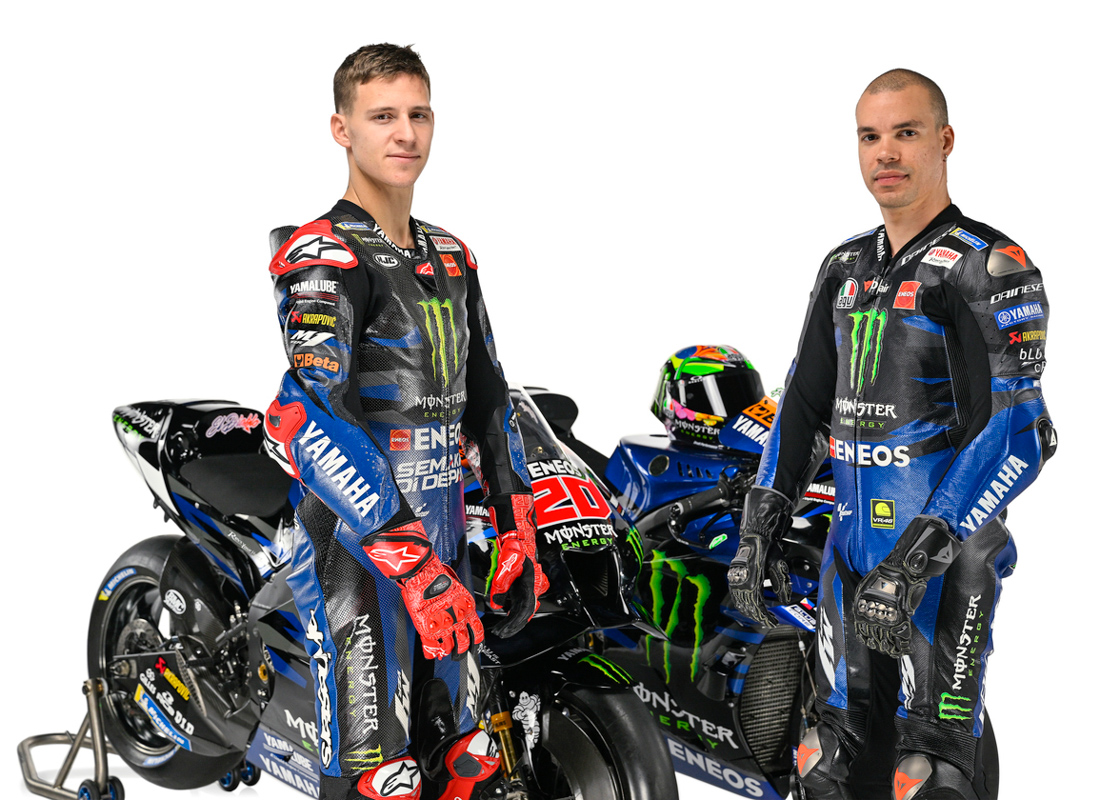 The official unveiling ceremony was done in Indonesia during Yamaha S3 Dealer Meeting. 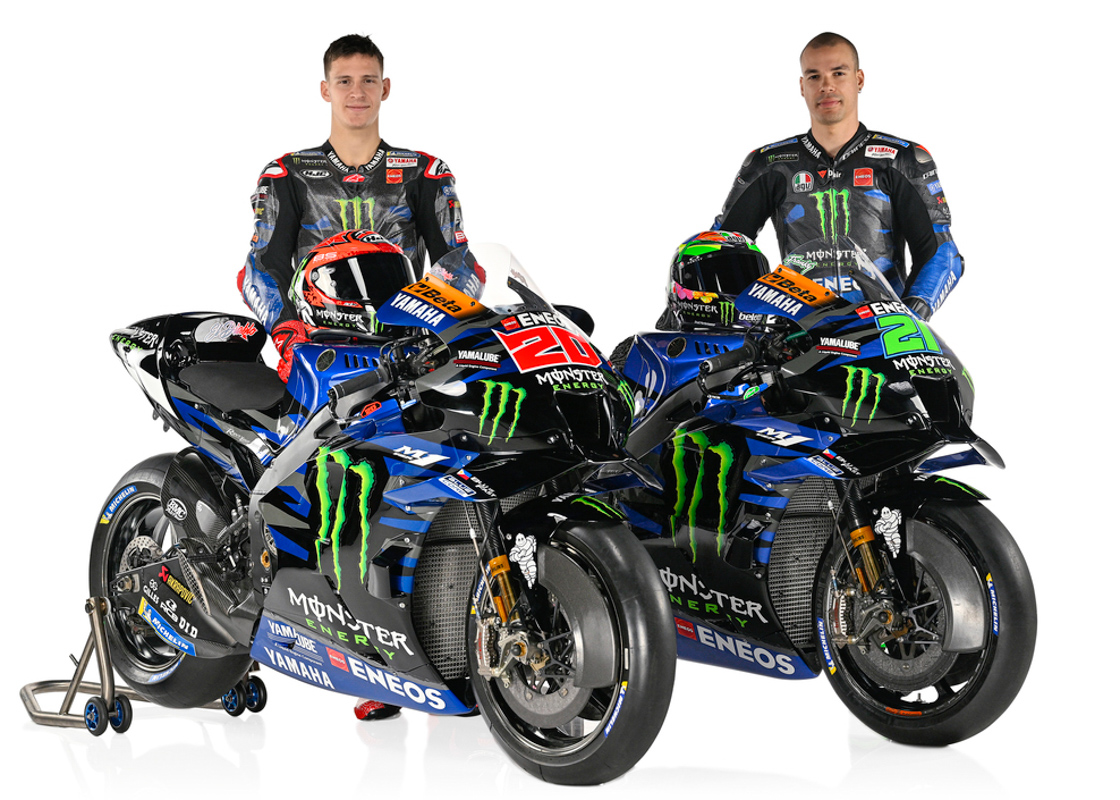 According to Yamaha the 2023 livery is designed by legendary helmet designer, Aldo Drudi.

“I always felt our previous bike was the most beautiful and clean in the racing world, but now you will notice it’s a little bit more aggressive.

“A little bit younger. You can see some camouflage feel and this is not by accident. The [livery] has been designed by one of the top designers in our world, Aldo Drudi in Italy, and the idea is to be aggressive.

Also, the same design will be applied to every official Monster Yamaha team as confirmed by Jarvis. 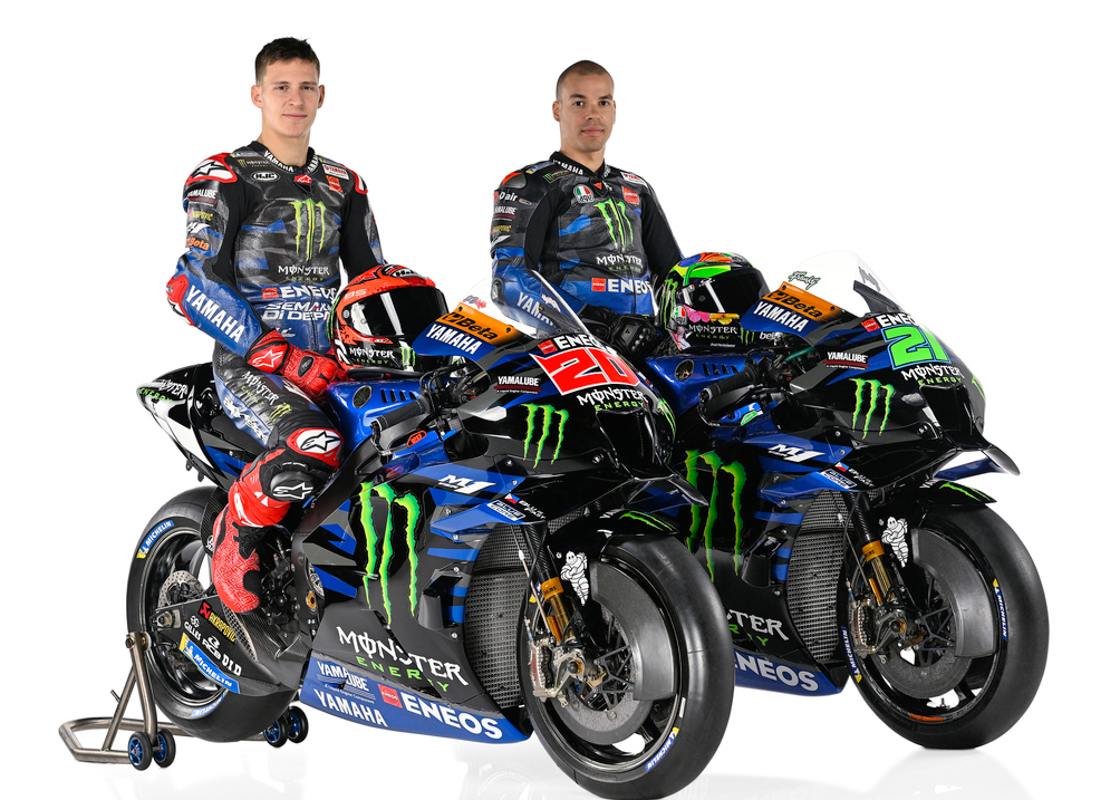 “You will also see later this week a similar [livery] design in Supercross and Motocross. So this is a Monster Yamaha new look and feel,” he added.

Meanwhile, Quartararo will not only begin the new season with a new livery, the Frenchman will also donned the all-new HJC RPHA 1 race helmet.