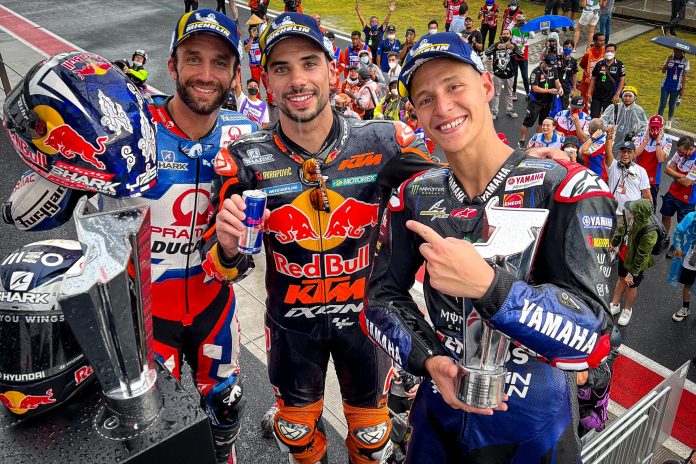 KTM’s Miguel Oliveira produced a sensational display on a soaking wet surface to win the 2022 Indonesia GP at Mandalika. 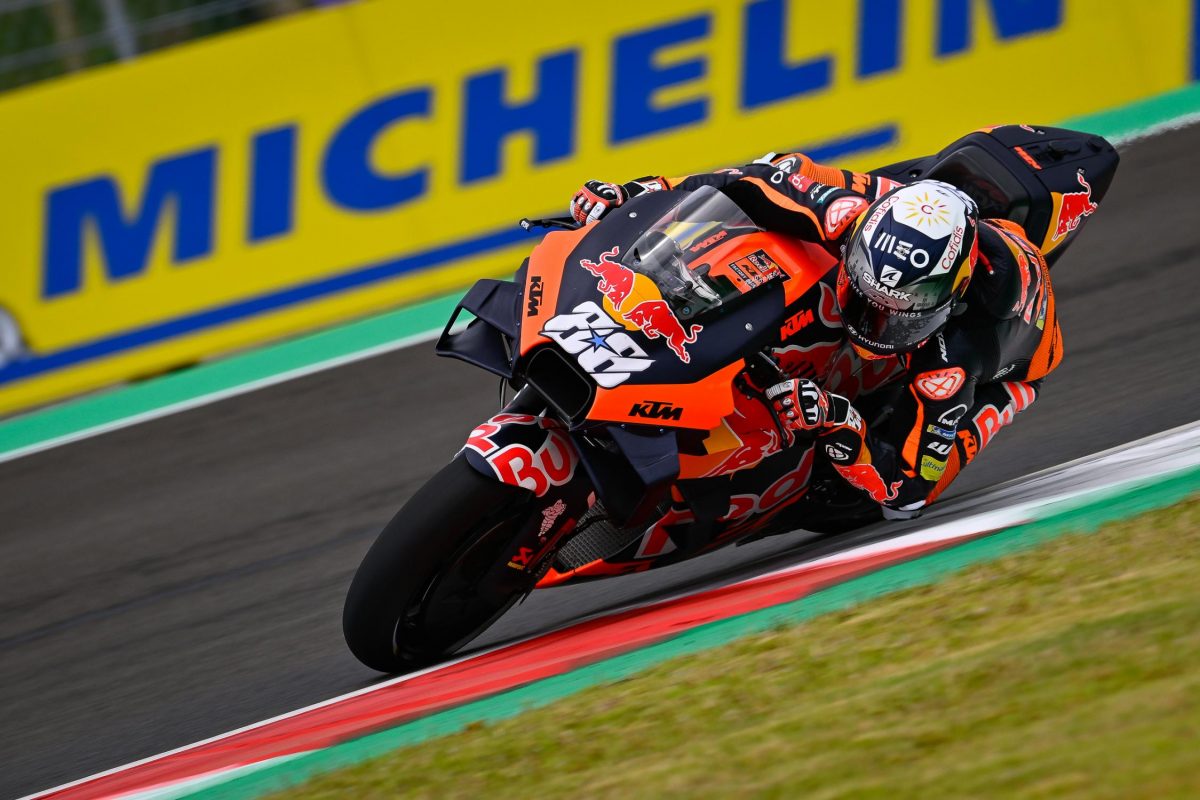 Quartararo then dropped to 5th place behind Suzuki’s Alex Rins before climbing up the pack to second and threatening to catch Oliveira.

However, Oliveria managed to keep his calm and claimed his first victory of the season with a comfortable margin of 2.2s. 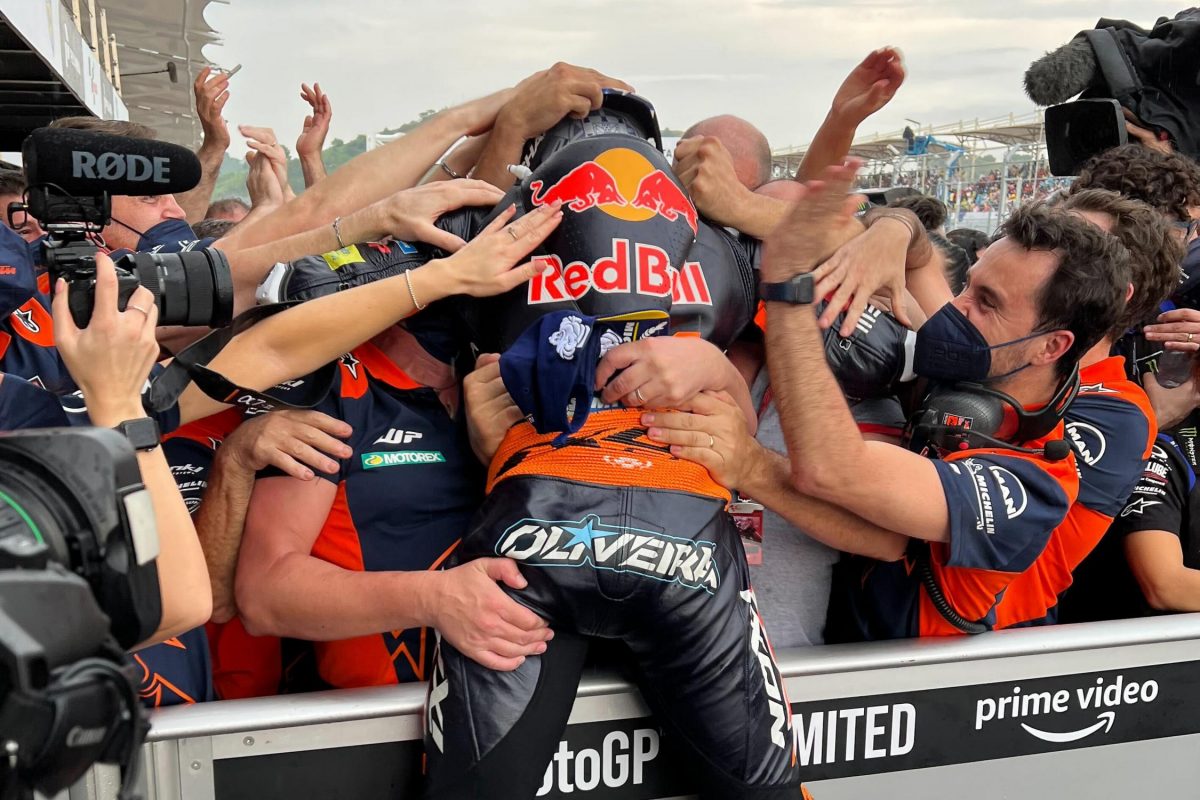 The win at Mandalika was Oliveira’s fourth MotoGP win and his first podium since Assen 2021.

Meanwhile, Pramac’s Johann Zarco completed the podium at third place. The Frenchman had a late scare when trying to keep his lane during Quartararo’s pursuit for third place, as his GP22 had a bit of a slip before gaining control. 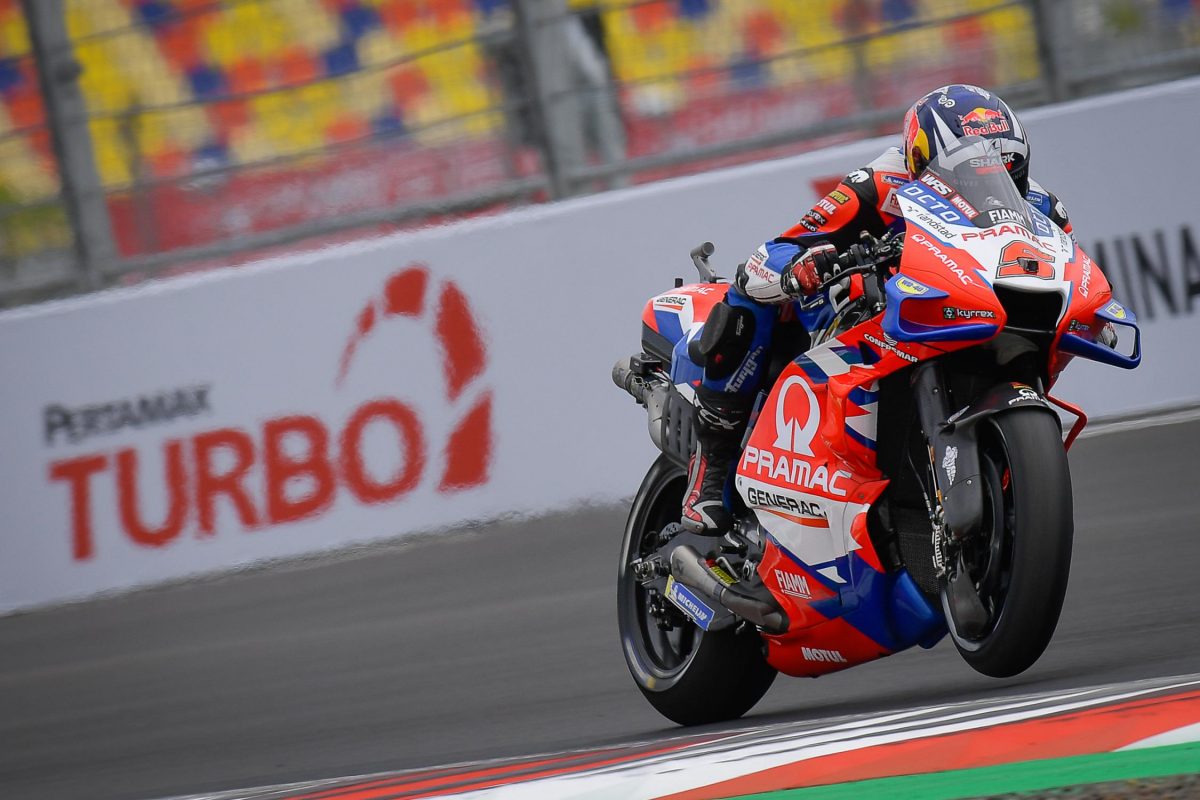 On another note, rookie Darryn Binder claimed a Top 10 finished at 10th place despite starting the race in 23rd place on the grid.

The 24-year-old South African gave his all in the wet and even managed to pass his brother Brad (Binder) before the two swapped places in the final lap, which saw Brad go up to 8th and Darryn dropping down to 10th and securing his first points of the season nonetheless.