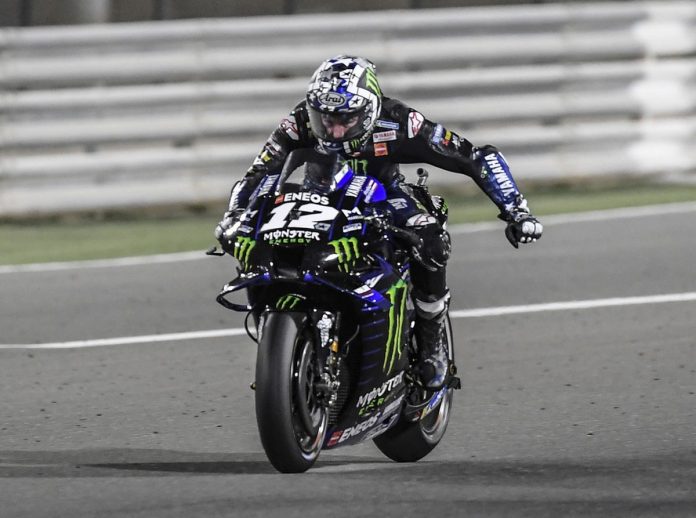 Maverick Vinales pulls one of the best races in his career by taking the win in Qatar after overcoming eighth place at the end of lap one. 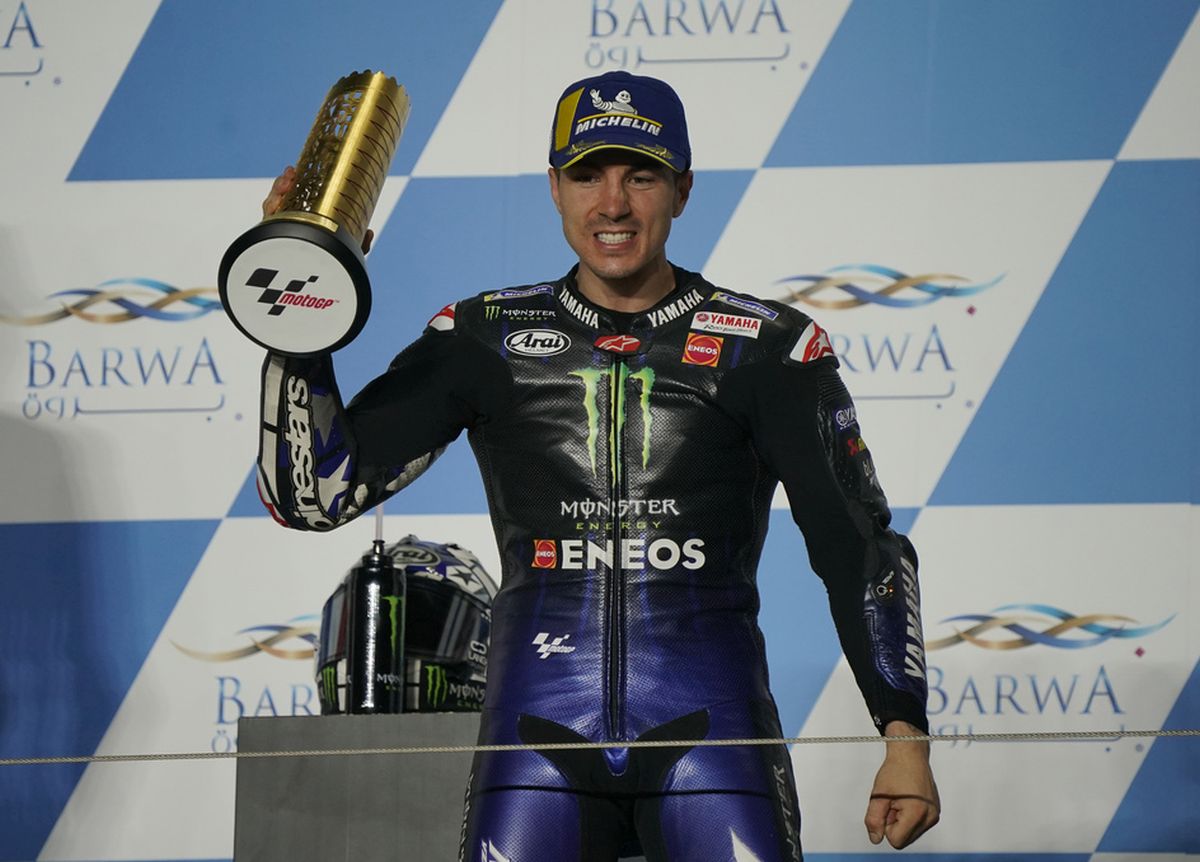 The race begins with a Ducati onslaught as Bagnaia led the race, followed by Zarco, Jack Miller, and Jorge Martin.

However, Vinales and teammate Fabio Quartararo settled down and began to chase the front pack, which led Martin to fall down the pecking order before finishing 15th. 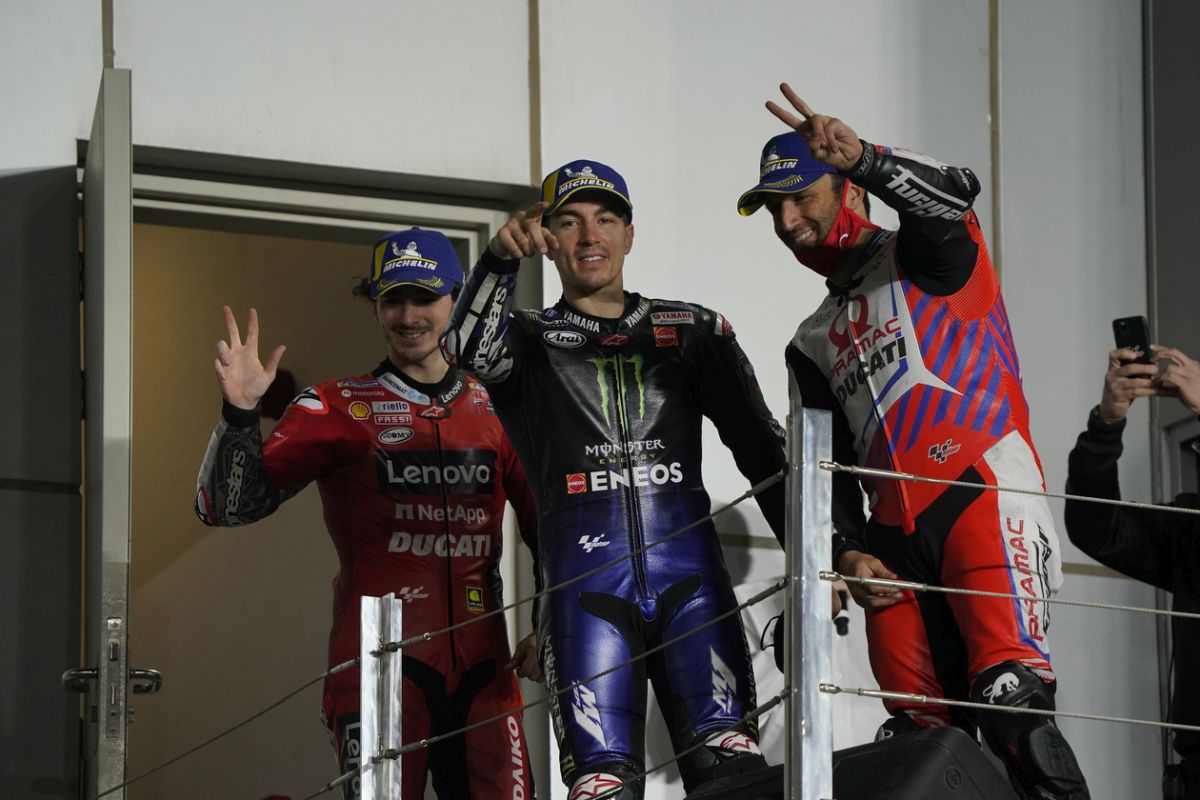 Miller, who was impressive throughout the pre-season test, had to succumb to 9th place, finishing behind Aprilia’s Aleix Espargaro, who took 8th.

Nevertheless, Vinales was the most impressive rider among the flock, making up most of his time sweeping corners by using Turn 10 and 15 to his advantage. 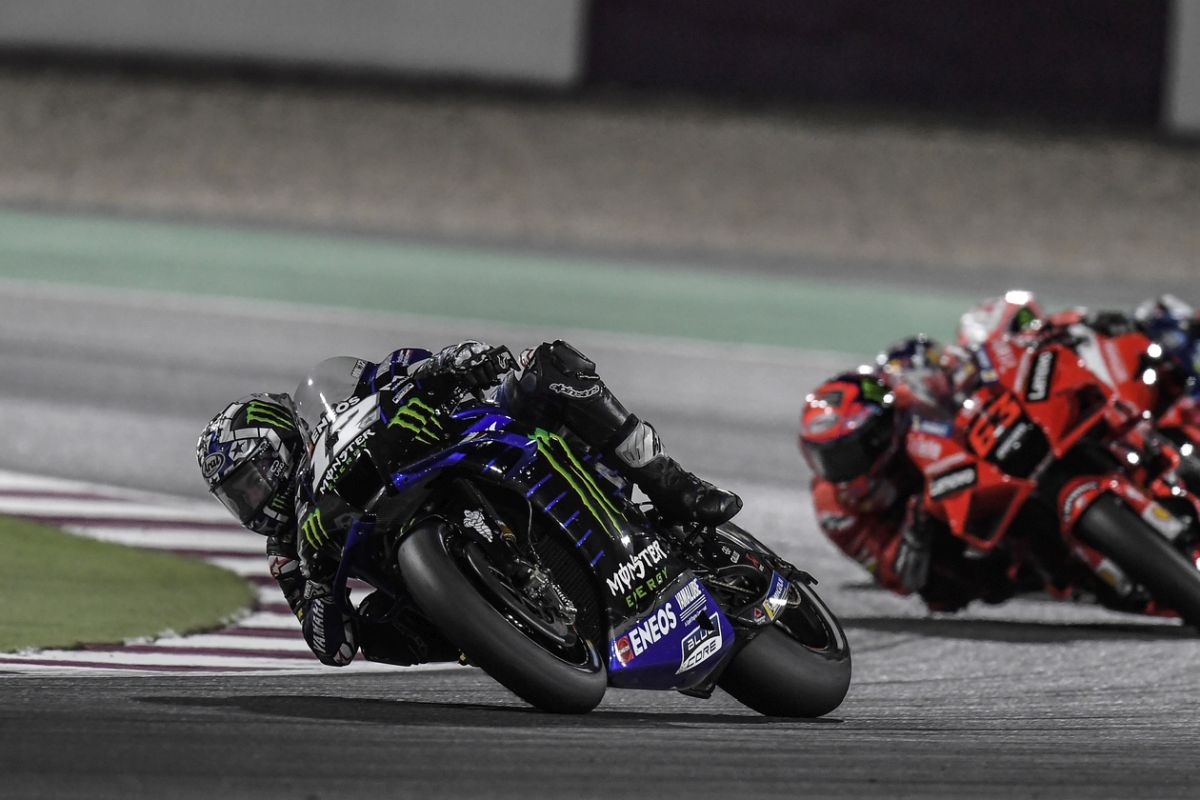 With five laps to go, Vinales managed to pull away even further from Zarco and Bagnaia.

Late into the final stage, 2020 world champion Joan Mir set to finished behind Vinales after superb overtaking at the last sector from Zarco.

However, Zarco and Bagnaia frightening speed on board the GP21 at the final straight was proven too much for the Spaniard, who had to settle for 4th.

2021 MotoGP will resume next week in Qatar.