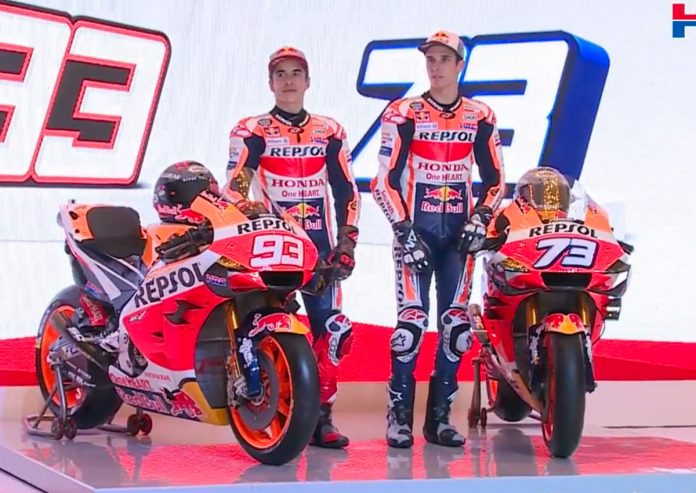 The Marquez brothers, Marc and Alex, presented their latest Repsol Honda livery for the MotoGP 2020 season. The event which took place in Jakarta, Indonesia, showcased the 2019 MotoGP and Moto2 World Champions in the iconic Repsol Honda colours where fans and enthusiasts associate as the colour of champions. 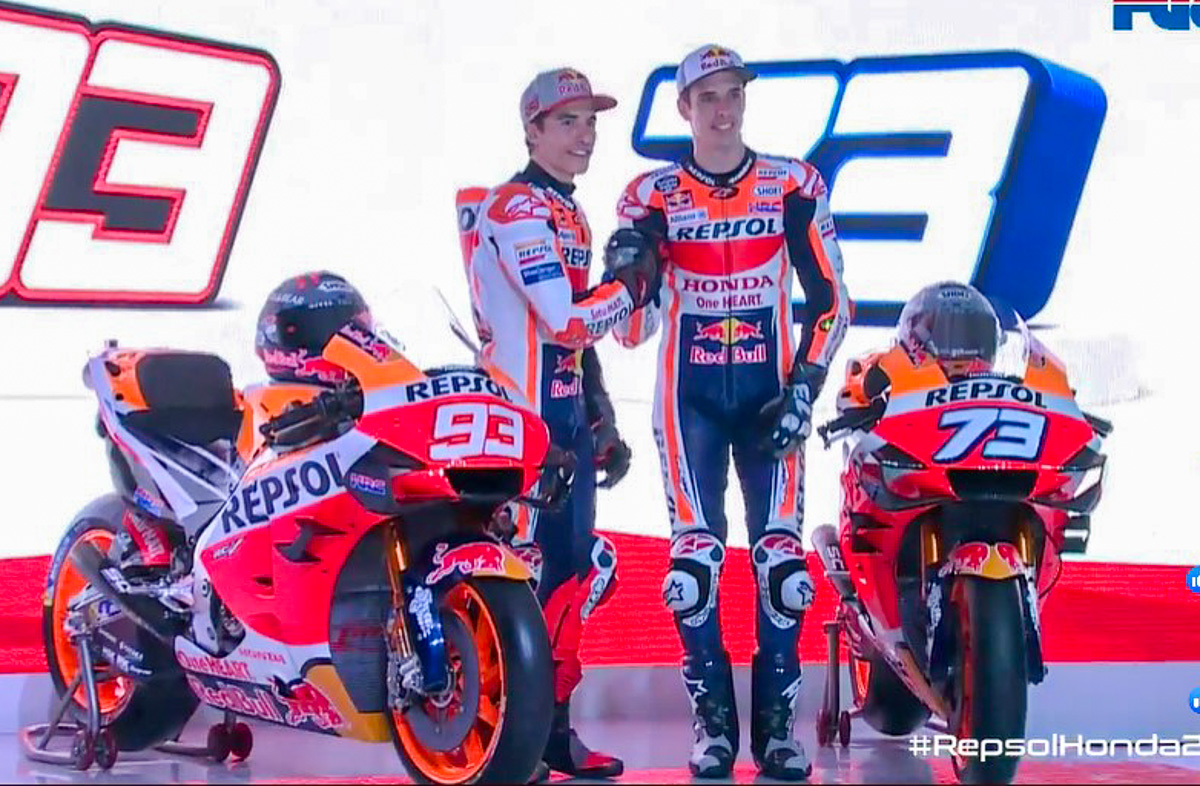 There are still no specific details regarding the specifications of the 2020 Honda RC213V but based on our observations of the launch video, we sort of feel that the front fairing of the Honda RC213V is slightly wider with a slightly different rendition of aero winglets. If they’re the same as last year’s, then the 2020 model will most likely be similar to the bike ridden by Stefan Bradl in the photo, below.

We saw that Alex Marquez was testing out the new aero fairing during the Sepang shakedown test before skipping the final day to attend the 2020 Repsol Honda livery launch in Indonesia. There’s not a lot to say as Alex’s main job during the shakedown was to get more accustomed with the Honda RC213V, which he started during the 2019 post-season testing with the 2019 model.

With that being said, MotoGP factory teams will almost always present their latest liveries with the bikes used from the previous season. This is to make sure that each team has sort of an ‘advantage’ heading into the first round of Qatar in March 2020. That will be the time when everyone will witness the true 2020 MotoGP machines for the season (except for Aprilia who’s already testing their latest Aprilia RS-GP in the past three days).

Despite missing the final day of the shakedown test, Alex Marquez managed to clock an impressive 2:00.270, which was the third fastest time of the first two days behind KTM’s Dani Pedrosa and Pol Espargaro. The KTM power riders were the only ones who manage to dip under the two-minute barrier.

Catch all the Winter Test action this coming weekend (8-9 February 2020) at the Sepang International Circuit. Entrance to the Main Grandstand is free and you can also purchase the 2020 Shell Malaysia Motorcycle Grand Prix tickets at early bird prices.