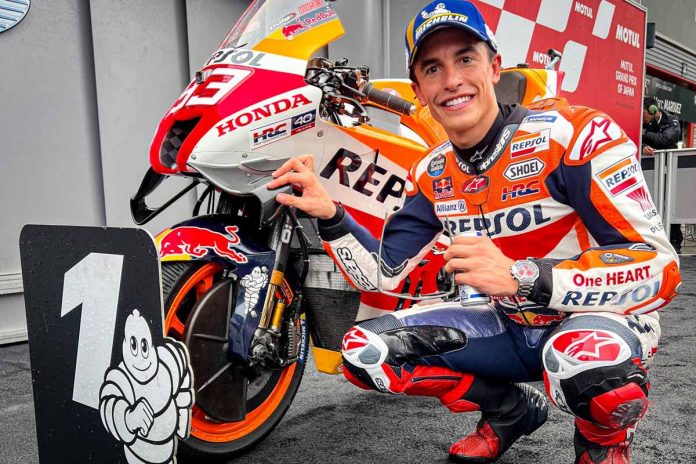 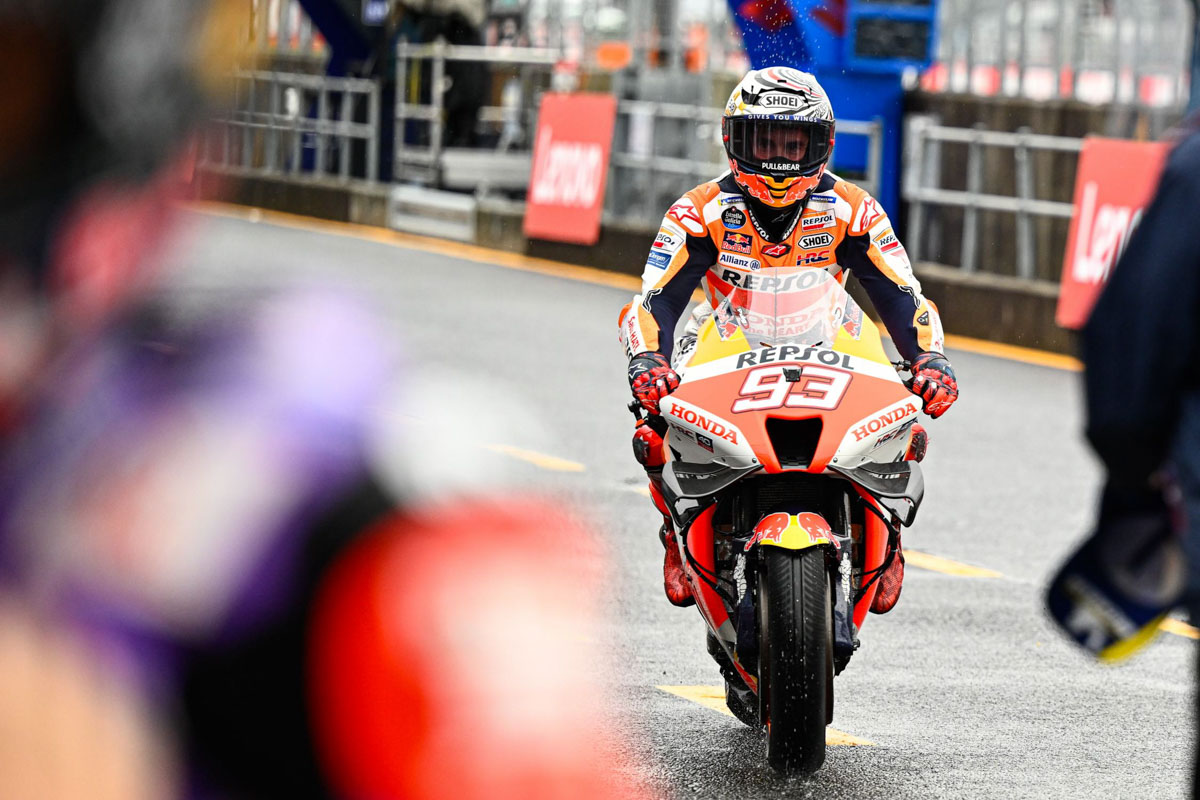 Marquez showcased spectacular form on Saturday despite a disastrous comeback last week at Aragon after he collided with Fabio Quartararo and Takaaki Nakagami.

The Repsol Honda rider managed to hold off late charges from Johann Zarco and Brad Binder to claim his first pole position this season.

However, the Spaniard regained the top spot with another flying lap to get clear of Zarco and Brad Binder. 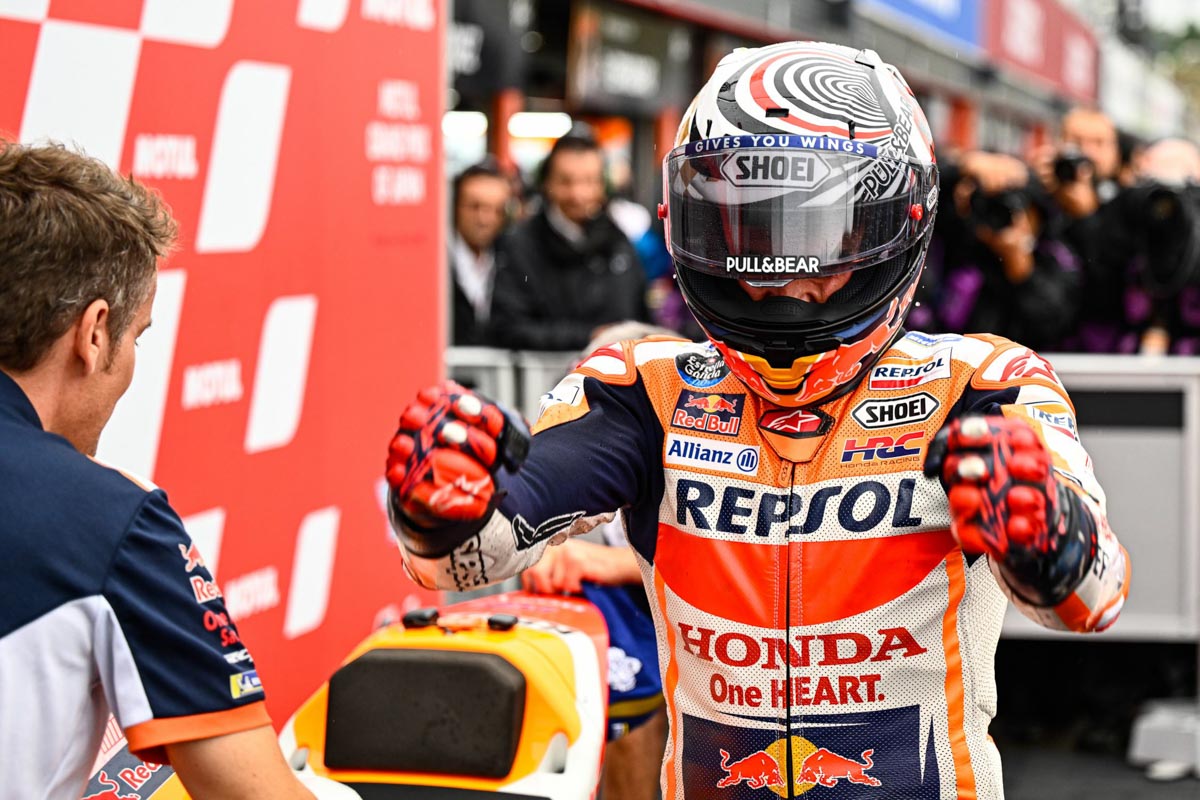 Both Zarco and Binder tried to respond in the final minute but lost time compared to Marquez.

Nonetheless, it was a shocking Q2 for the on-form rider, Francesco Bagnaia, as he will start at P12.