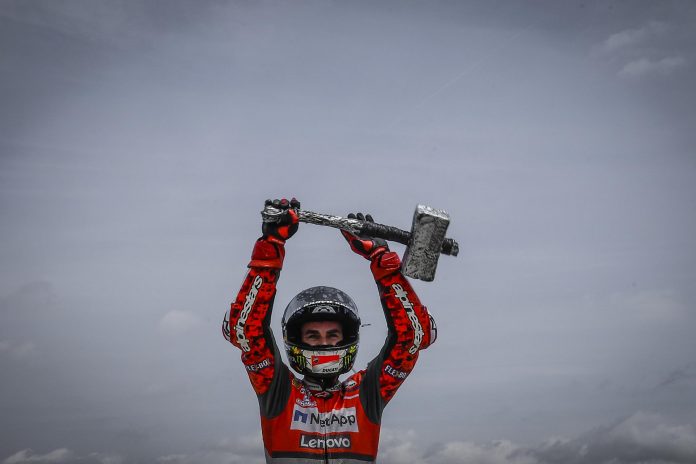 Jorge Lorenzo once again gave Ducati something to regret about after he won the Gran Premi Monster Energy de Catalunya in flawless style. The Spaniard won the race by over four seconds to secure his second consecutive win. 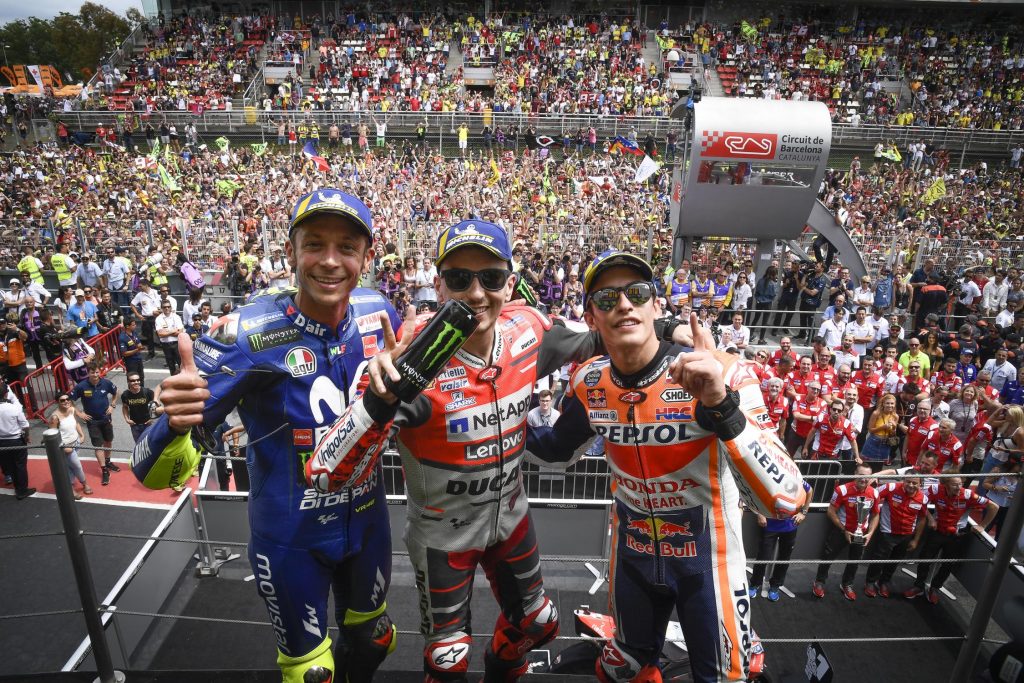 Marc Marquez came home in second place to extend his championship lead, while Valentino Rossi secured third place for the third race in a row. 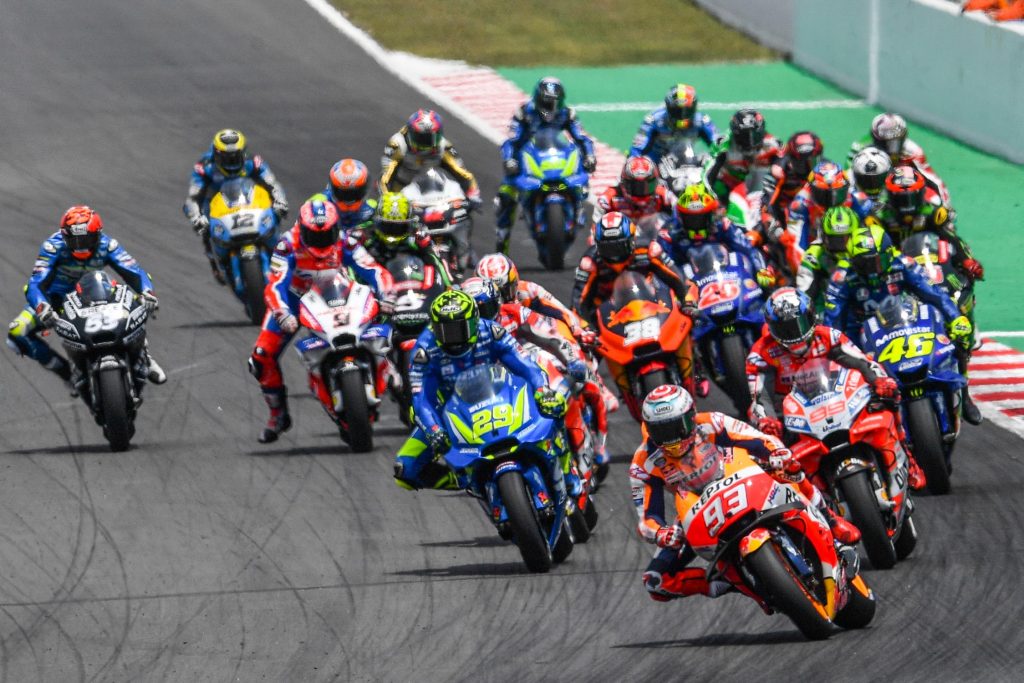 It was not all smooth for Lorenzo, he messed up the start which let Marquez take the lead into the first corner. Andrea Iannone of Suzuki Ecstar too made a fantastic start and slotted into second place on the opening laps, pushing Lorenzo back to third place.

Lorenzo had pace and grace and kept his composure to get past Iannone and Marquez into turn one on the second lap. From there on he simply disappeared ahead and opened a comfortable lead. 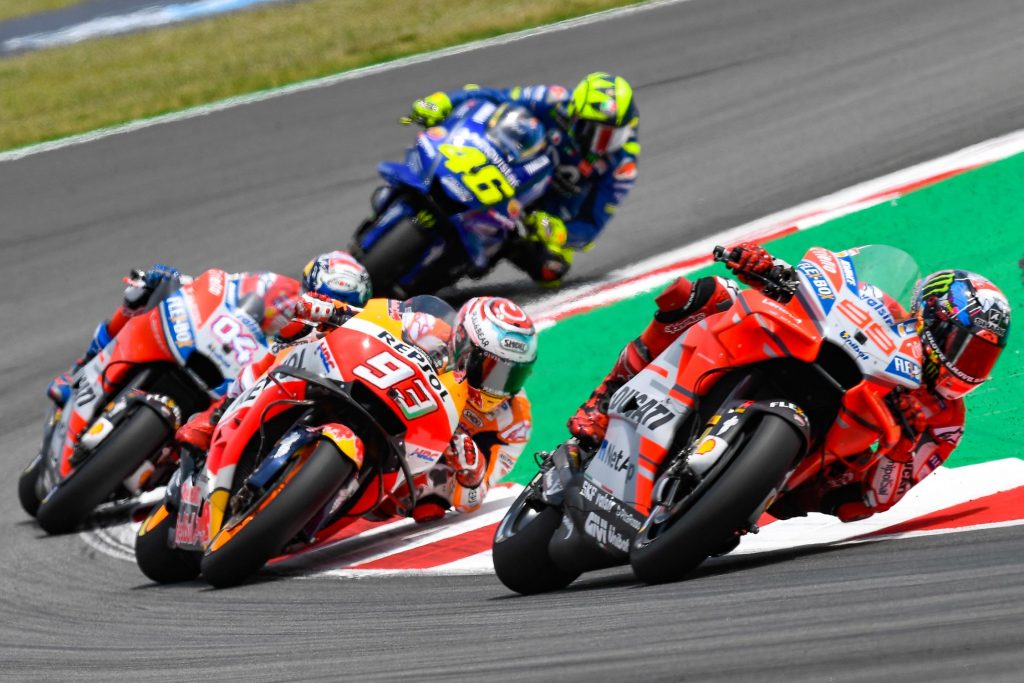 His Ducati team mate Andrea Dovizioso found himself in a comfortable third place behind Marquez, but the Italian ran out of luck and crashed out on lap nine – his third DNF of the season which put another massive dent in his title aspirations. 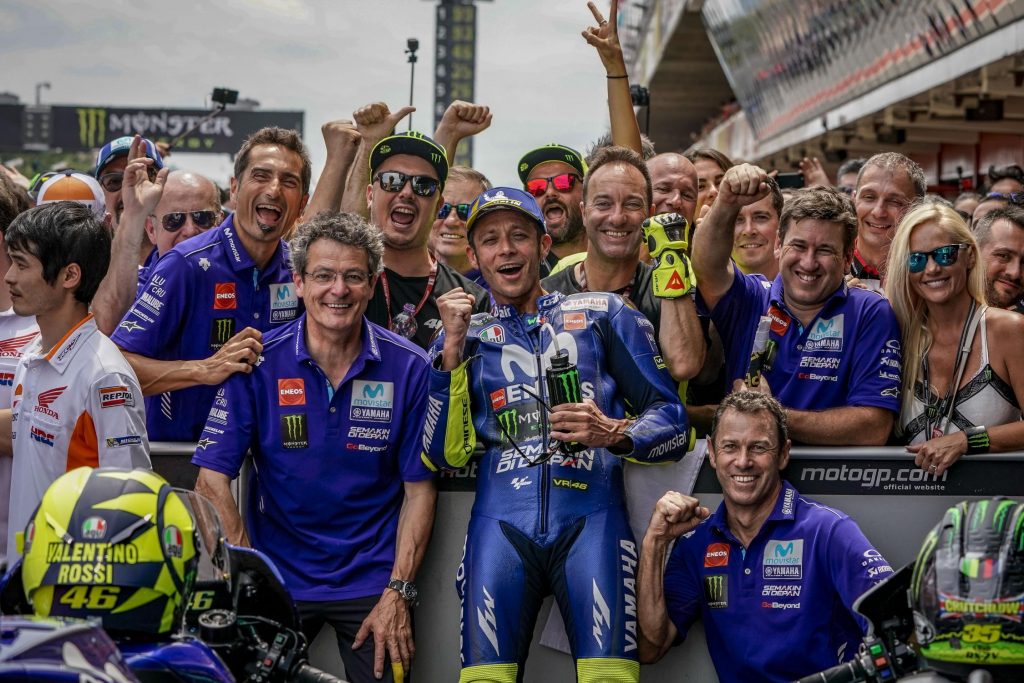 Rossi inherited third place after Dovizioso crashed out, but by then the leaders had already opened up a 3.2 second gap. The gap between the two up ahead though remained under one second for most of the race but Lorenzo looked impervious, setting 1:40.0 second lap after lap. In the end though, Marquez simply could not respond and eventually finished 4.479 seconds behind from Lorenzo, who now draws level on points with teammate Dovizioso in the championship standings.

Rossi came home in a lonely third place but made it yet another podium finish to remain second in the standings, with Cal Crutchlow of LCR Honda Castrol enjoying a fantastic ride to finish as top independent rider in fourth place. The Brit was locked in a battle with Dani Pedrosa but got the better of the Spaniard. Dani rounded out the top five. 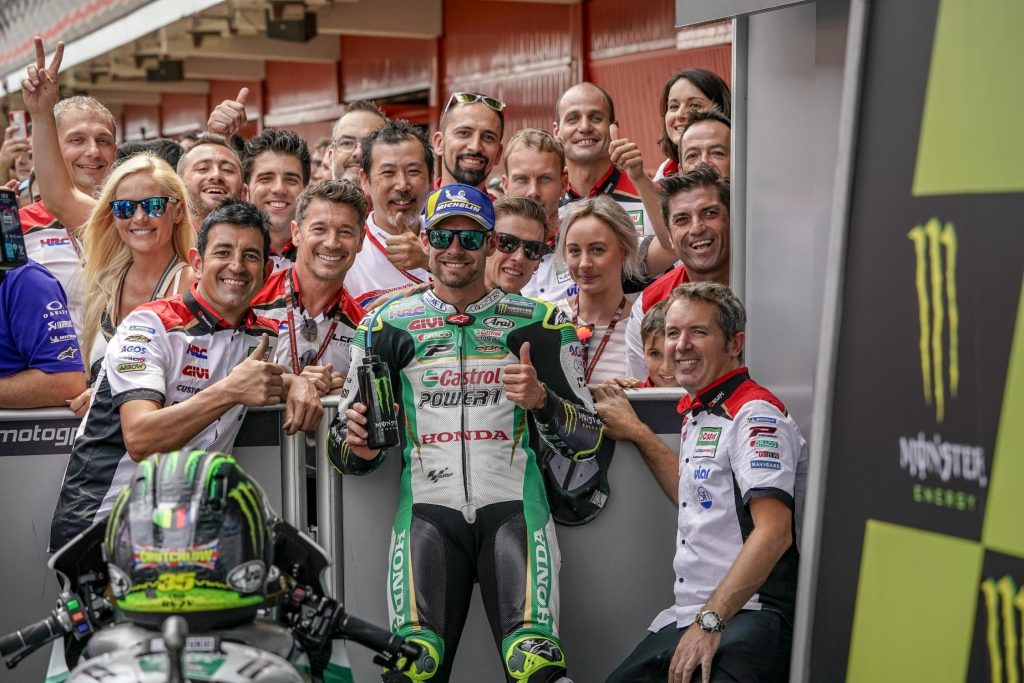 Maverick Vinales opening lap woes continued, with the rider finishing the first lap down in P10 after starting fourth. The Spaniard later managed to salvage sixth at the end of the race, holding off Johann Zarco, but the two traded blows throughout the race. 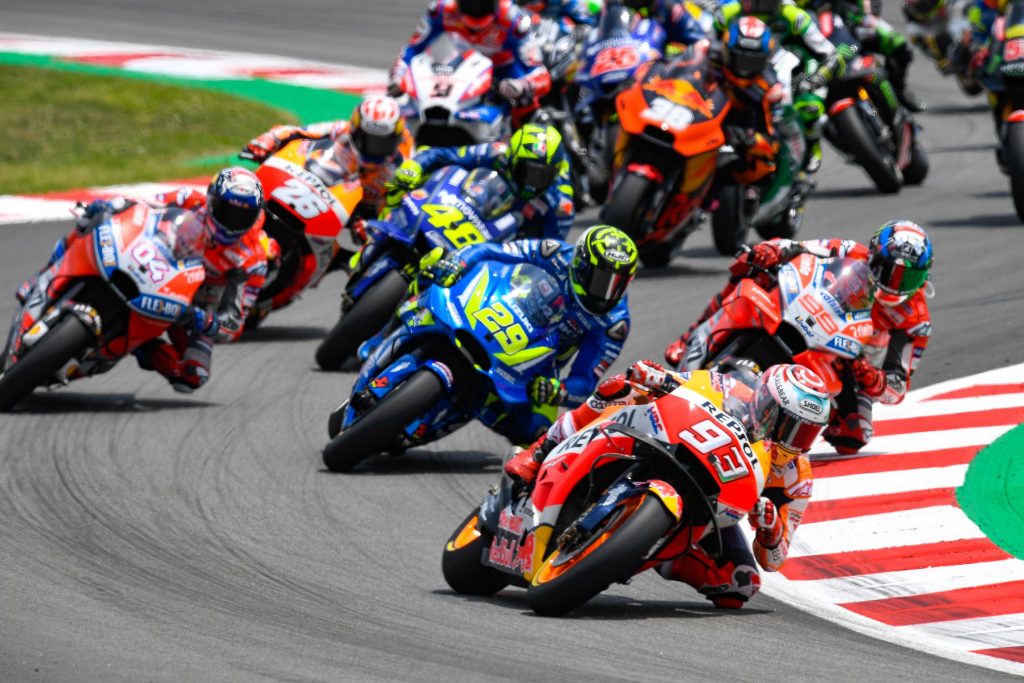 Despite a brilliant start, Iannone slipped back and the Italian came home in tenth place. Pol Espargaro picking up his fourth straight P11 finish, with Scot Reding and Karel Abraham were the only other riders to finish the race in P12 and P13 respectively.

Bradley Smith went up to as high as eight place on the opening laps of the race, but was taken out by Takaaki Nakagami on lap 14, both riders are okay. 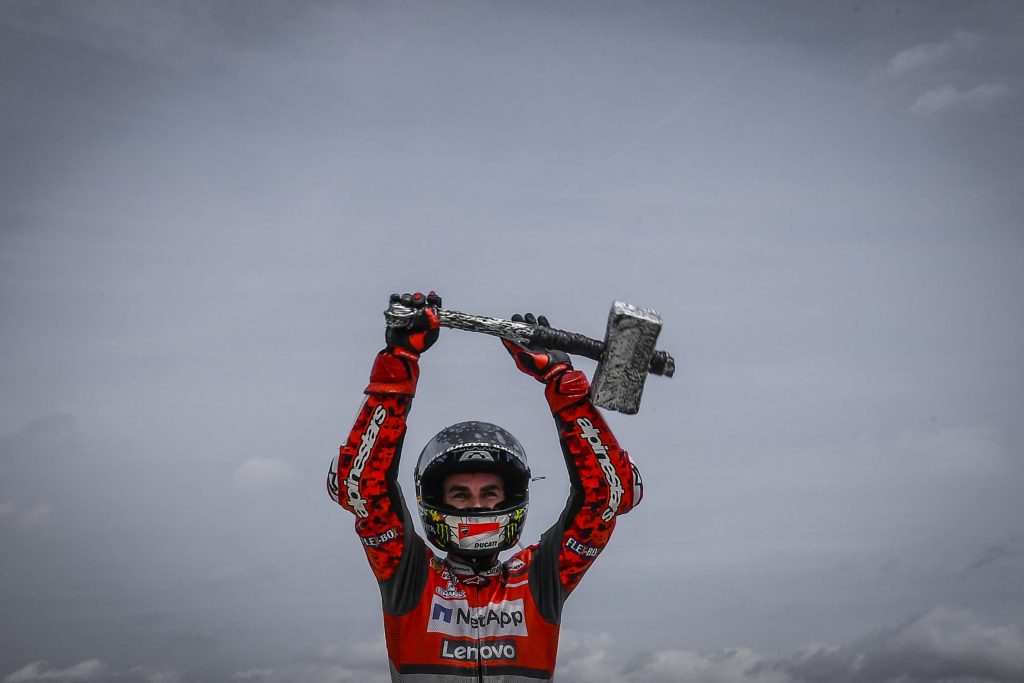 Malaysian Hafizh Syahrin was enjoying a good race and looked like he could earn a top 10 finish, but he crashed on the exit of turn four.

Alex Rins difficult weekend continued in the race, and the Spaniard retired on lap 12. Jack Miller and Tito Rabat both had to retire their bikes too with Rabat’s Ducati catching fire.

That famous @lorenzo99 leap off the top step of the podium! 🙌#CatalanGP pic.twitter.com/rDYoUfFAA3

The next race in the calendar is set to take place at the classic Assen circuit, where Lorenzo will be looking to extend his championship points and Marquez will be looking to keep Rossi at bay. Rossi is currently in second place in the standings, but the Doctor has often been the master of the TT Circuit Assen.