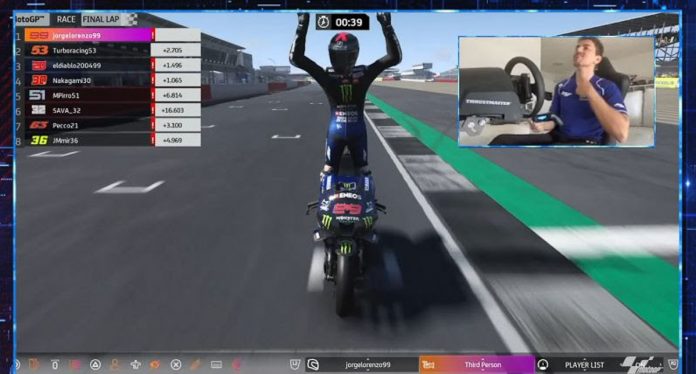 The latest round of the virtual MotoGP race took place last night and in the presence of the only representative of Monster Energy Yamaha MotoGP, Jorge Lorenzo. The latest online round saw the Spaniard getting his first ‘wildcard’ entry at Silverstone and ultimately dominating the field on board the digital Yamaha YZR-M1. 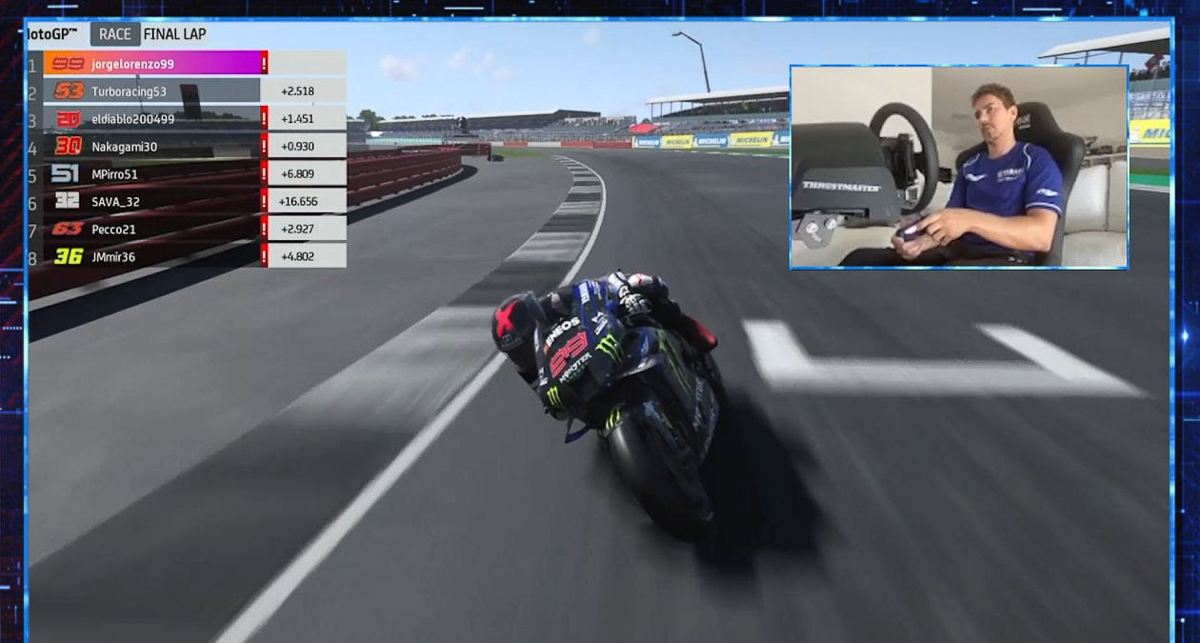 Set at Silverstone, the round was to pay tribute to the British GP as the latest news confirmed that the particular round won’t be hosting MotoGP this year, together with Phillip Island of Australia. Nevertheless, it was exciting to see the top-class riders picking up game controllers instead to provide some entertainment relief for the fans.

It was an interesting virtual race indeed as Lorenzo crossed the chequered flag followed close by Reale Avintia Racing’s Tito Rabat, and Petronas Yamaha SRT’s Fabio Quartararo. Some of the crowd favourites like Honda’s Marc Marquez and Yamaha’s Maverick Vinales weren’t able to join the LAN party due to other arrangements. 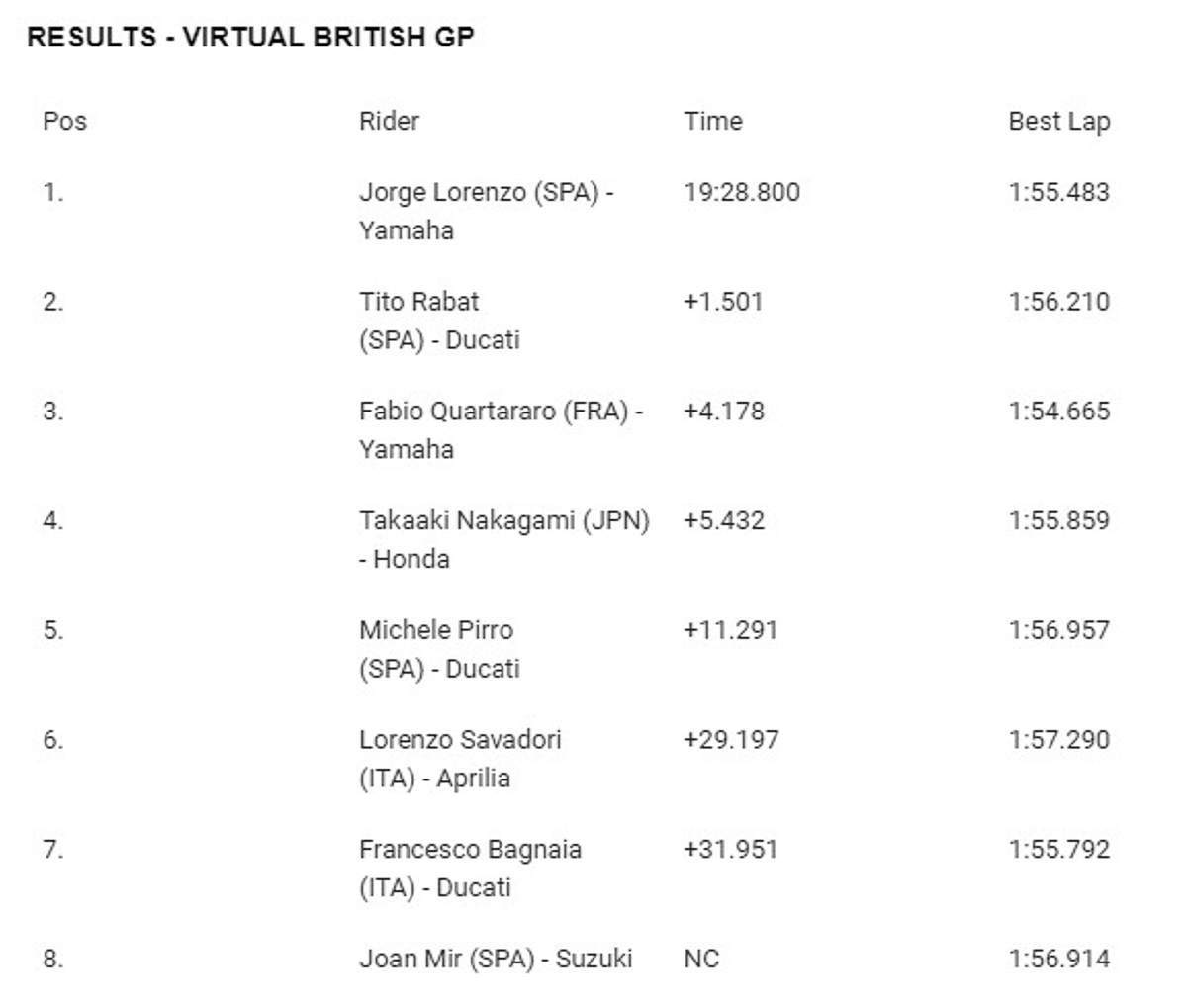 According to Lorenzo after the race, “I was very happy to join this race. I’ve been a great fan of video games ever since I was very young, and little by little I acquired some skills, especially with motorsport games such as MotoGP, Formula1, and Rally. I think it was a great idea to start these virtual racing competitions during the lockdown, and now I‘ve finally been able to join in for my first virtual race. The MotoGP video game has become more and more realistic, and especially this year they made a big step. One of the coolest things are the updates that improve the riding realism and feeling.”