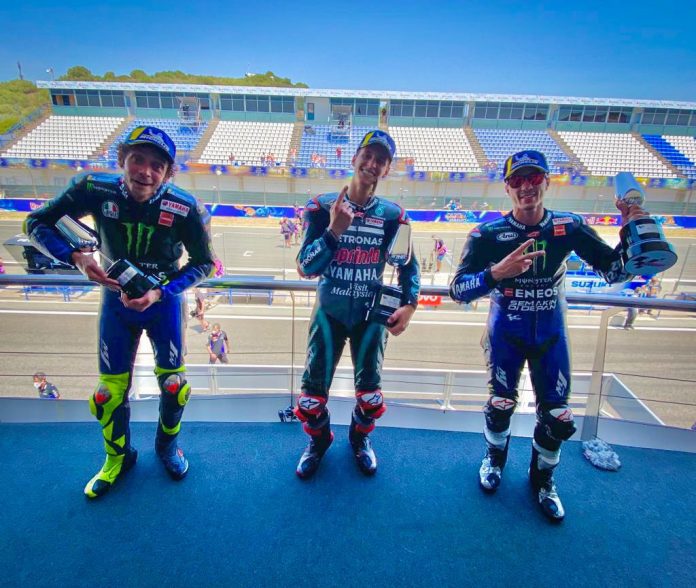 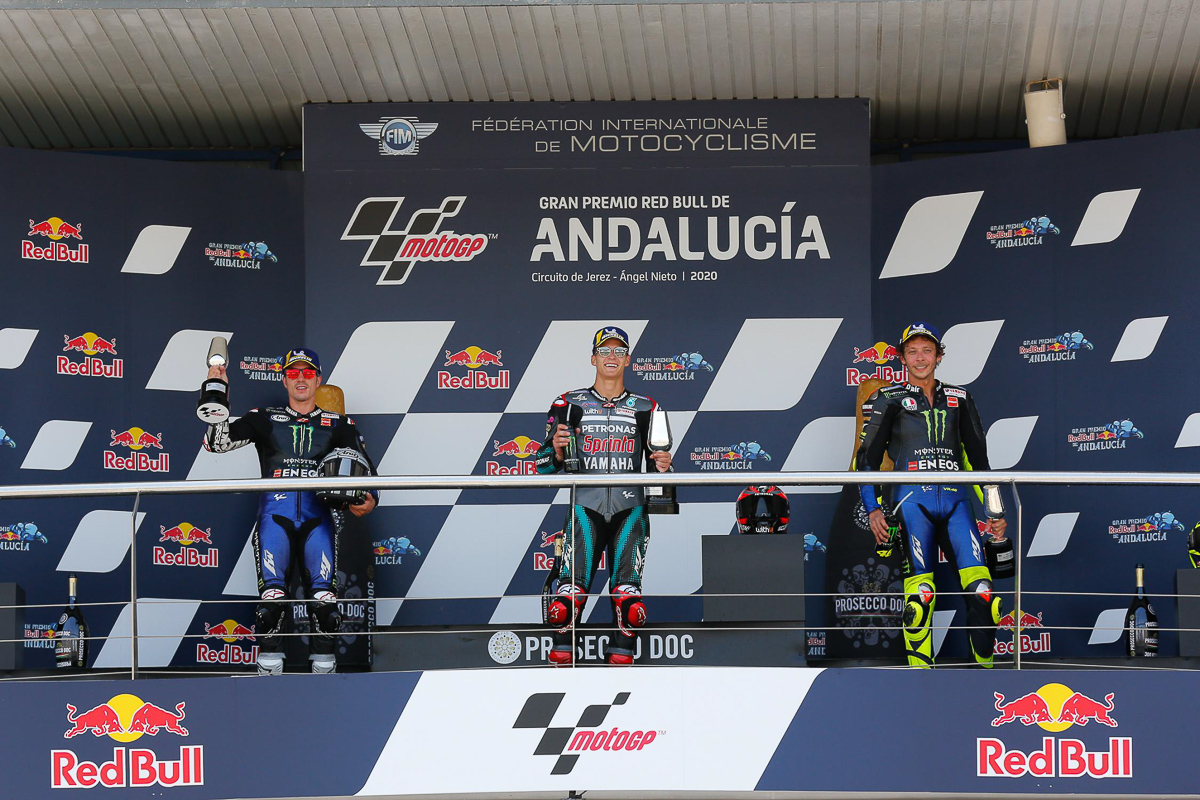 It was a tough race for a lot of the riders as track temperatures exceeded 60°C in certain parts. It would’ve been a complete Yamaha domination as Franco Morbidelli was on a good pace to fight for podium contention before suffering from a mechanical failure in the middle of the race. 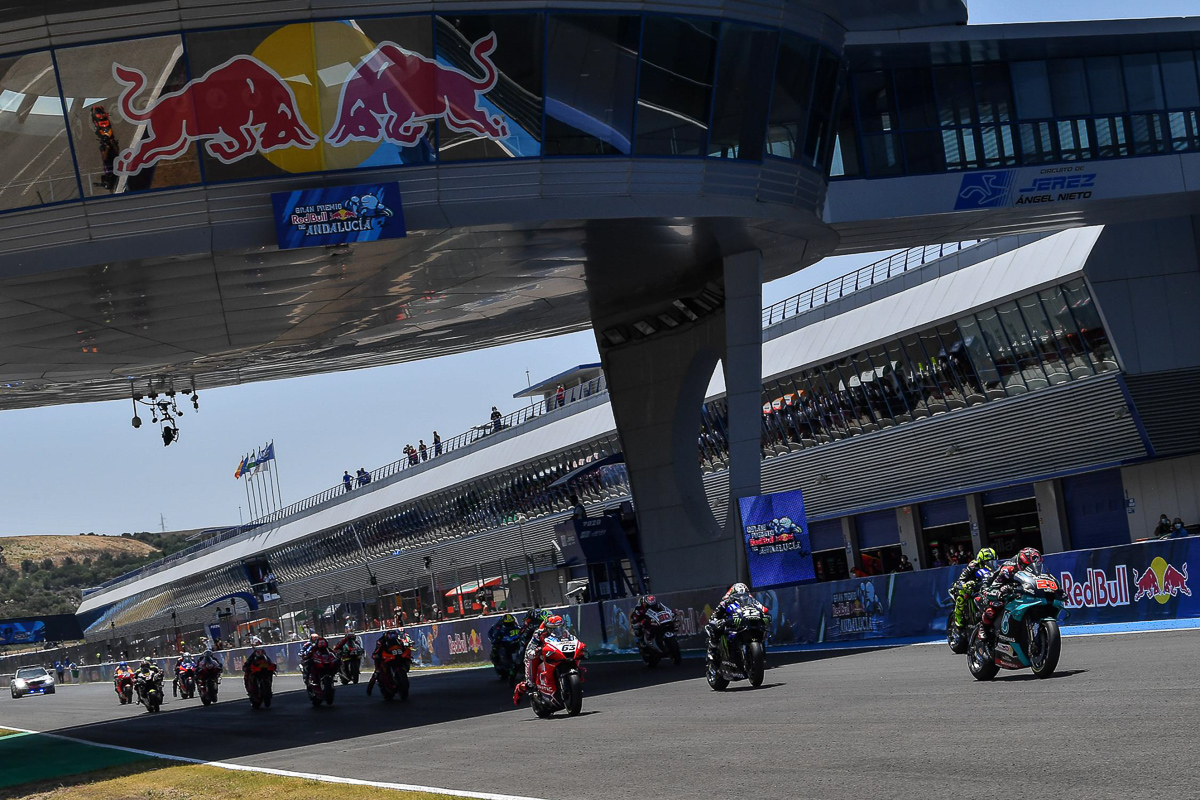 It was expected for Quartararo to win and win brilliantly, but to witness three Yamaha riders on the podium, including the Doctor, was indeed special. Vinales sits comfortably in second of this season’s championship with just 10 points behind Fabio Quartararo while Valentino Rossi celebrated his 199th podium finish. 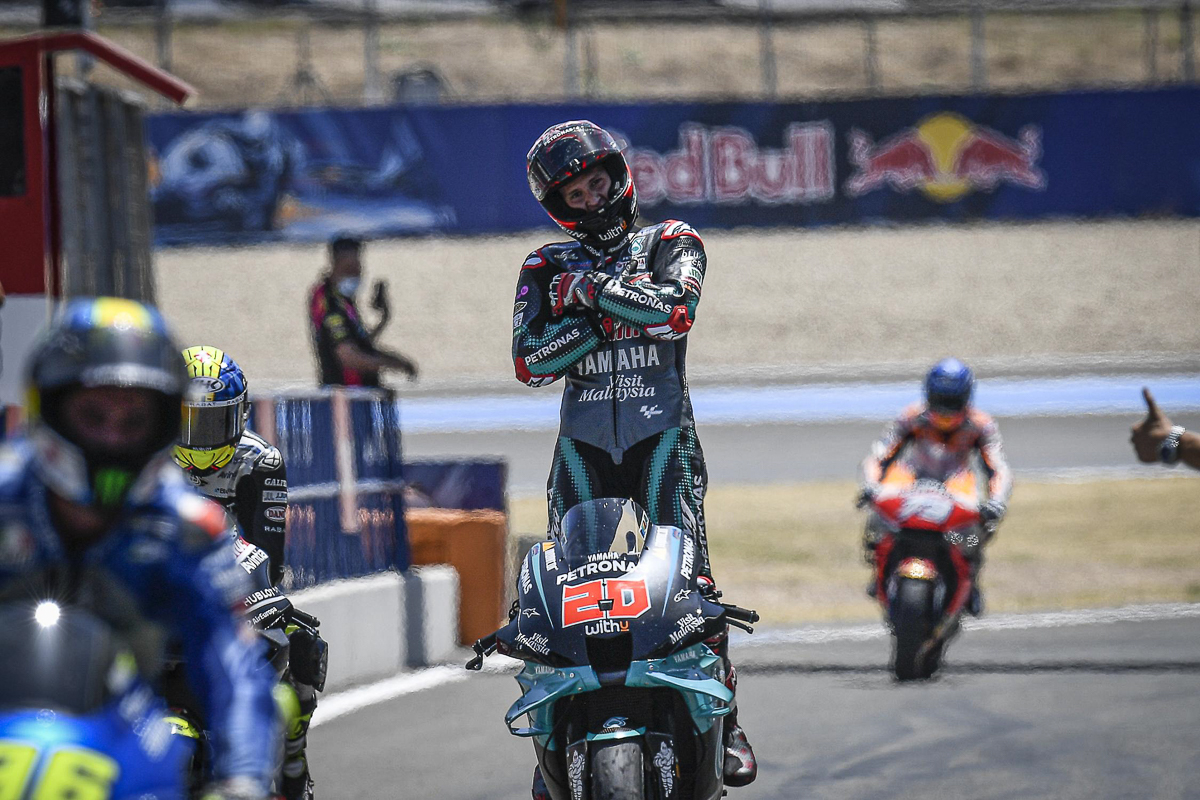 According to the nine-time world champion, “The start was crucial for me, I did a great start. I tried to follow Fabio but… you know, Fabio is a little bit faster but especially, he doesn’t stress the tyres. It’s like he’s on silk. I’m also sorry for Pecco and Fabio because they were fast, and Maverick – he was a bit faster, but I did a mistake and I let him go. Maybe if not I could have stayed in second, but I think he deserved because he was a bit faster. We still have to work on the last five laps, but now we’re not so bad in the other 20.” 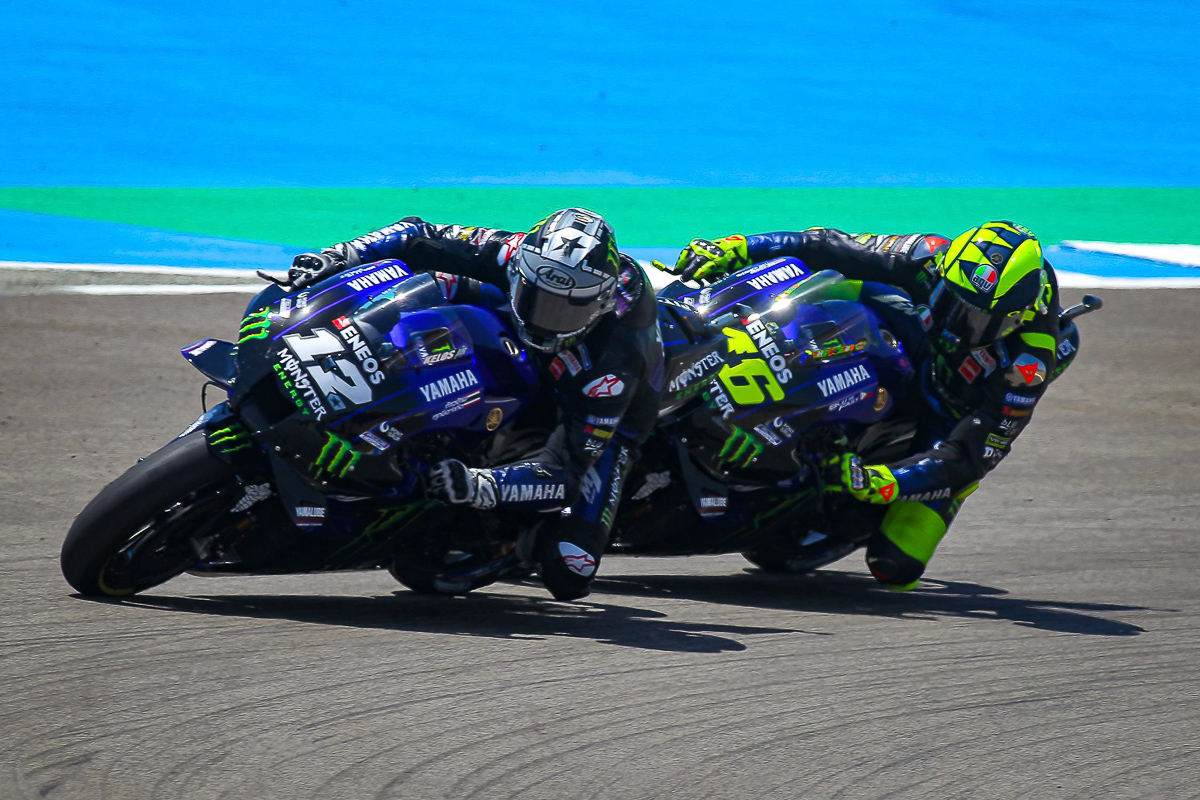 The question now is whether Yamaha can carry this momentum through the entire season. With major reliability issues faced by the Yamaha M1, particularly the engine and how they’ve already used up all the concession in the first two races of the season, it’ll surely affect the upcoming races if any of its riders have to use the sixth engine and face the penalty of starting the race from the pitlane. 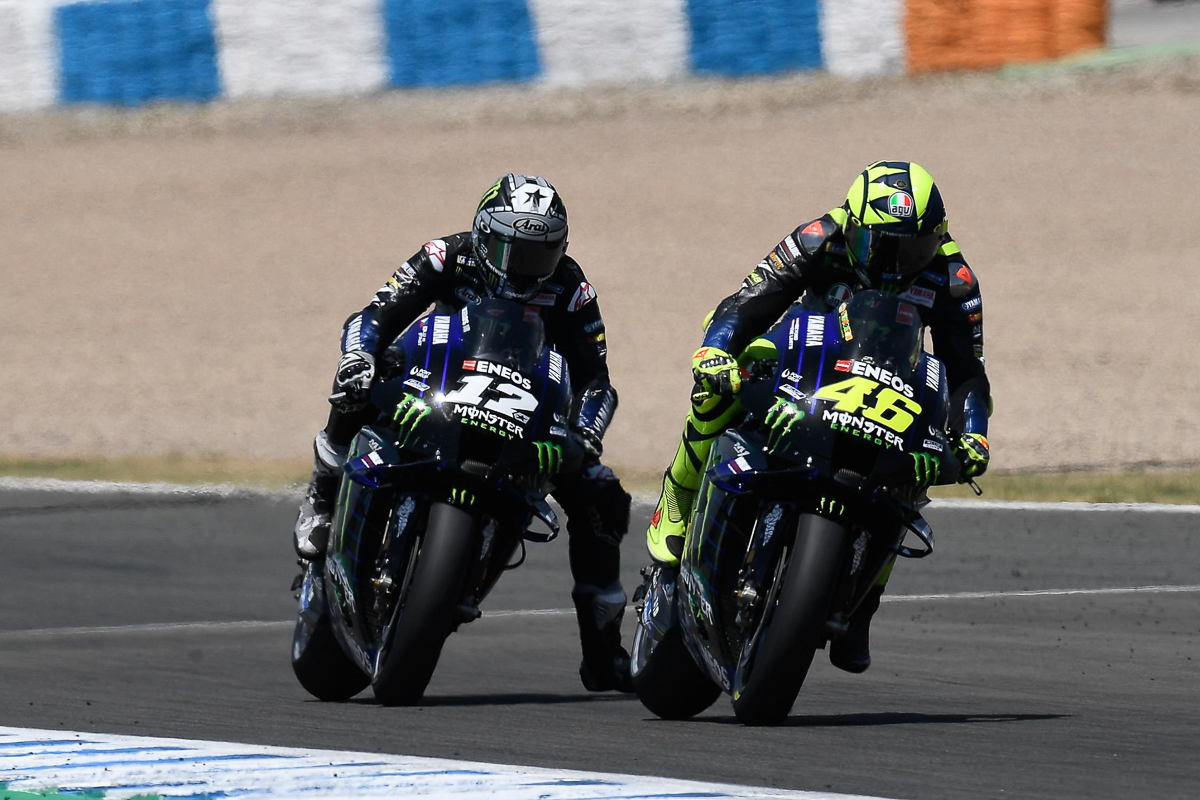 It’ll be two more weeks before the third round in Brno for the Czech Republic GP and one thing is for sure, we’ll definitely witness more drama and spectacular racing action from 7-9 August 2020. Stay tuned for more MotoGP updates.