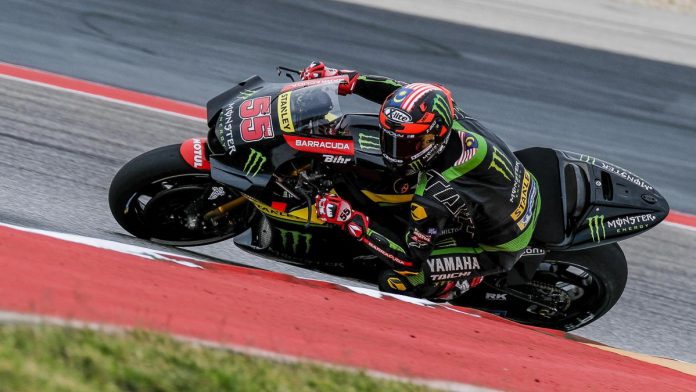 Malaysian MotoGP rider, Hafizh Syahrin rode a steady race to score points in the Thai MotoGP round at the Buriram International Circuit.

Hafizh had started the race in 18th place but worked his way up to 12th at finish.

The result meant that he finished two places ahead of this nearest Rookie of the Year challenger, Franco Morbidelli. Hafizh took 2 points away from Morbidelli over the weekend, closing the gap to 5 points. Morbidelli still leads the rookie hunt with 33 points to Hafizh’s 28.

But it was not an easy race as Hafizh revealed later, “I was working really hard with the team and they believed in me, which is what I needed. My bike was overheating in the beginning of the race.”

“The oil temperature was too hot, and I didn’t feel the power of the bike. I decided not to slipstream (other riders) because the bike was so hot,” he continued. “I first passed Takaaki Nakagami and thought I could catch up with Morbidelli. I managed to pass Morbidelli and then tried to keep the rhythm.”

“I still need to work hard in the next rounds and try to get closer to Morbidelli again. We gained two points on him. There’s still five points to go, so we have to try to be in front of him for the rest of the season,” he added.

Hafizh’s performance in Thailand scored his first points since the race in Brno, Czech Republic back in August. The unfortunate showing was due to Yamaha’s inability to solve issues with the bikes. As evidence, the problems had also affected Hafizh’s Monster Tech 3 Yamaha teammate Johann Zarco, and the factory Yamaha pairing of Valentino Rossi and Maverick Vinalez.