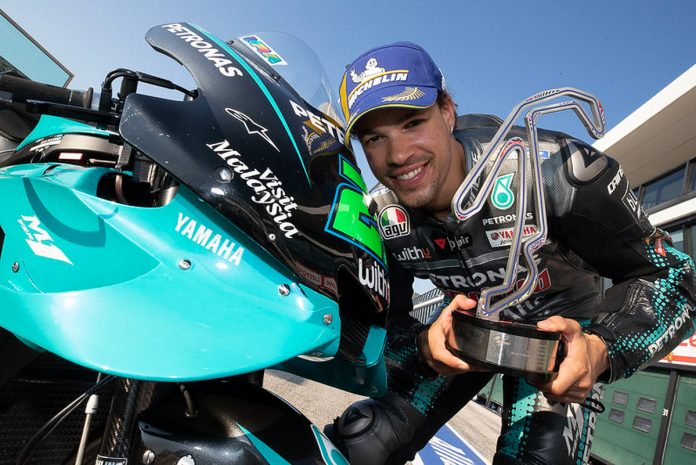 If you miss seeing Jorge Lorenzo performing his textbook win on the Yamaha M1 by taking the holeshot and leaving everyone in the dust, then yesterday’s race was one of those except that it was done by Petronas Yamaha SRT’s Franco Morbidelli. 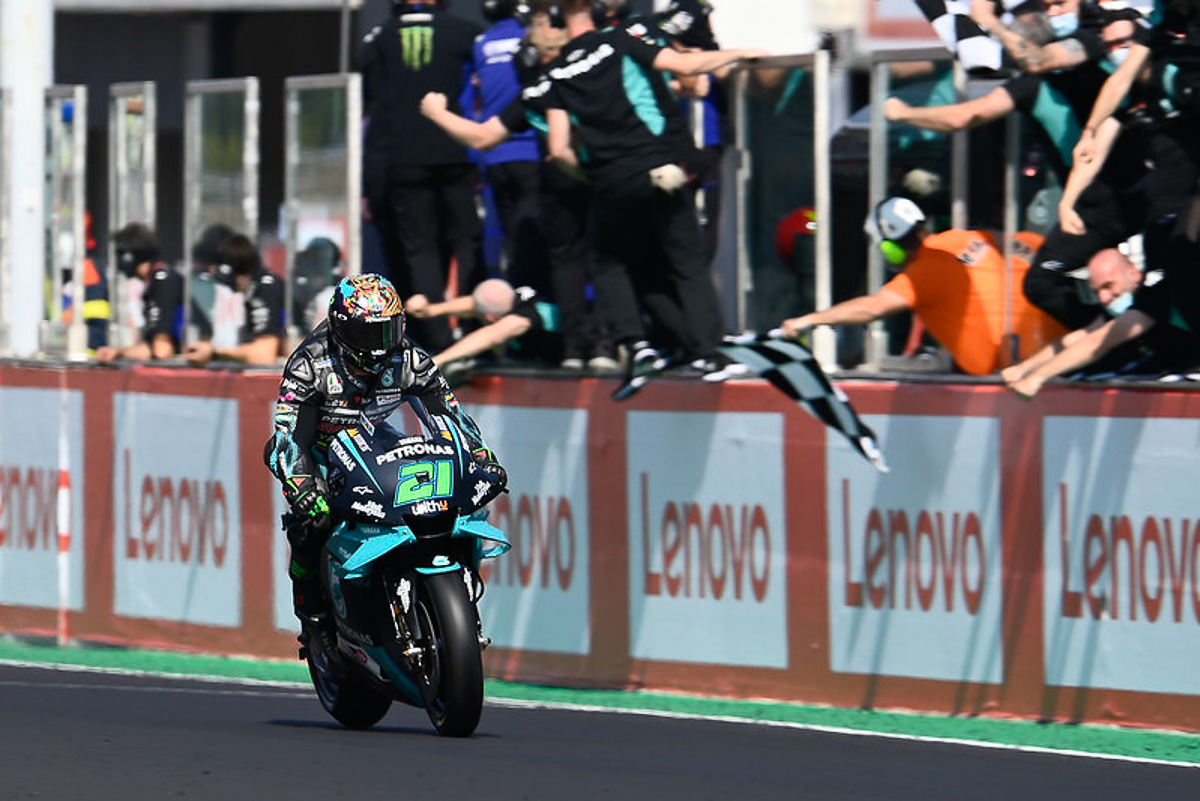 After a thrilling weekend which was clearly dominated by the Yamahas, the race started with Franco Morbidelli in pole position and basically leaving everyone throughout the race, apart from being followed by his mentor, Valentino Rossi (Monster Energy Yamaha MotoGP) for the most part.

With Rossi unable to keep up with Morbidelli due to degrading tyre grip, the last part of the race saw yet another VR46 Academy rider storming to the second position, which is Francesco Bagnaia (Pramac Racing). He proved that even on a track that clearly benefited the Yamahas, his Ducati Desmosedici GP was a worthy force to be reckoned with. 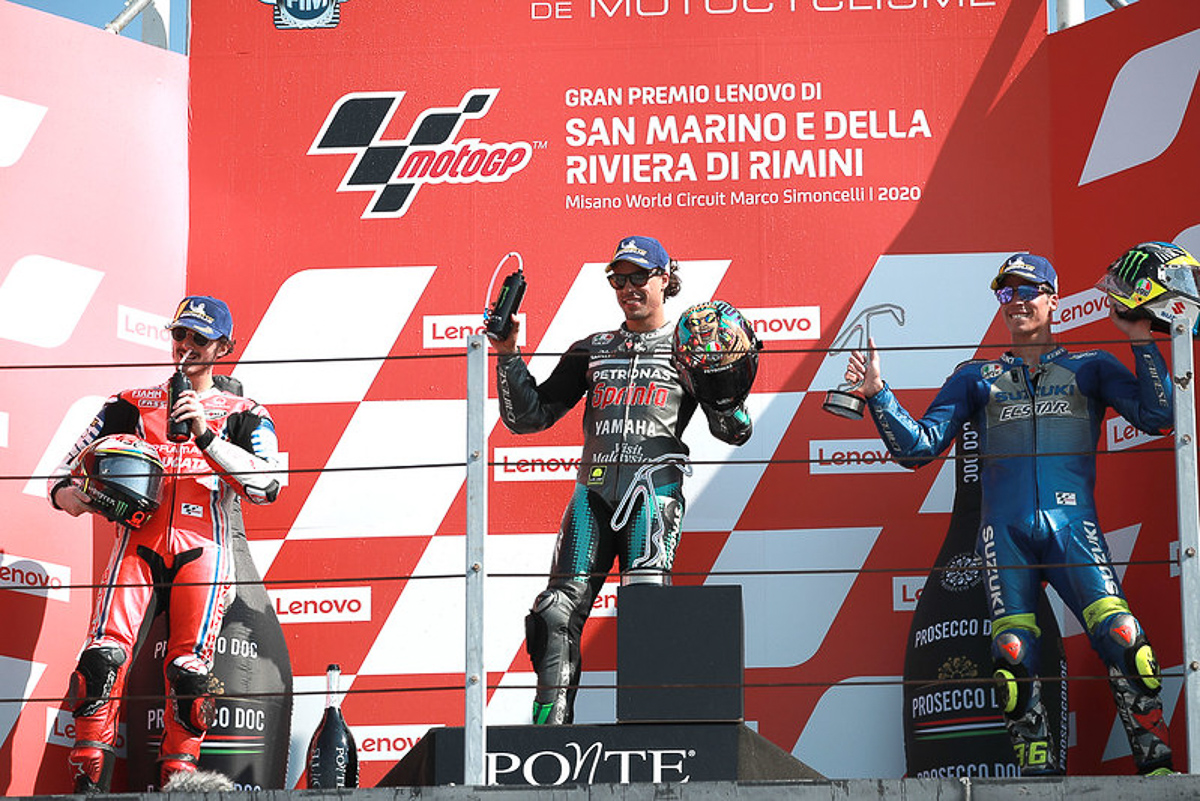 Third place was set for Rossi’s 200th podium finish but having struggled with a massive drop in grip performance, the final podium spot was nicked from him by another young lad, Joan Mir (Team Suzuki Ecstar). Clearly having a better pace, the young Spaniard made his move on the Doctor at the very last lap. 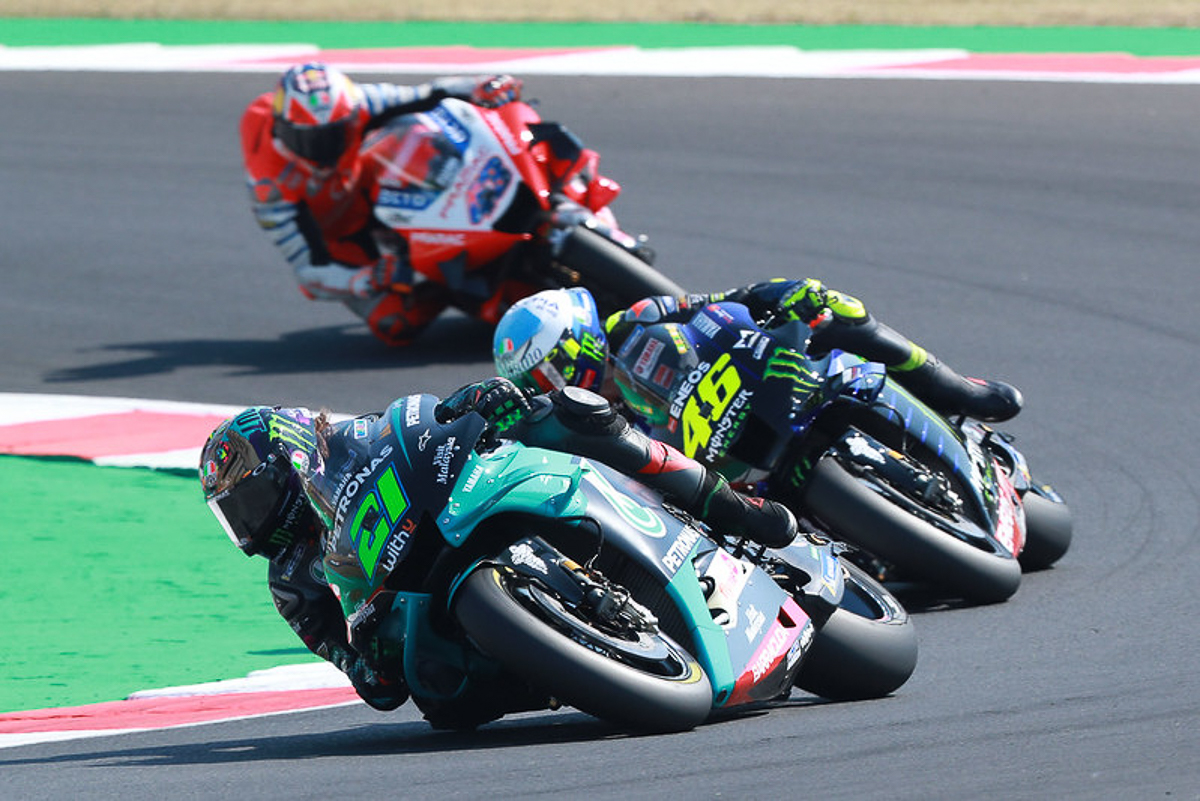 According to Franco Morbidelli after the race, “I feel like this has been a magical week for me. Everything had been going well, so going into today I was thinking that maybe something good would be possible. Turns out, it was something great! I have never won a World Championship race at home before, so to do it in MotoGP is the greatest achievement in my life. I’m really proud to be able to say that.” 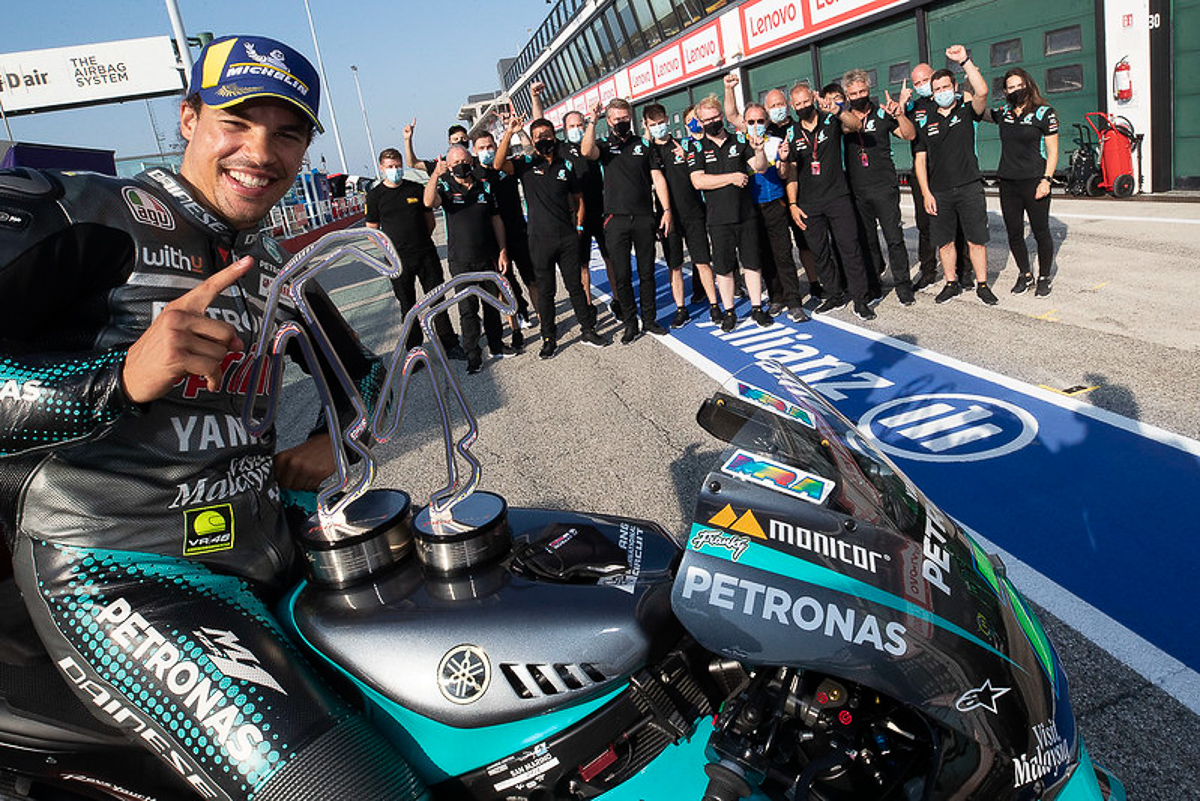 “I want to say thanks to all the people that work with me, it isn’t just me. This win is a result of teamwork. Right now, I’m just so proud of what we have achieved, not just today but in general. Seven years ago, I was racing here with a stock 600, now I’m winning a MotoGP race. It’s just amazing, especially as it’s the first race with a crowd this year. It felt great to be able to salute the crowd after the race. We do this for them, so to celebrate with them was such a great feeling,” added Morbidelli.