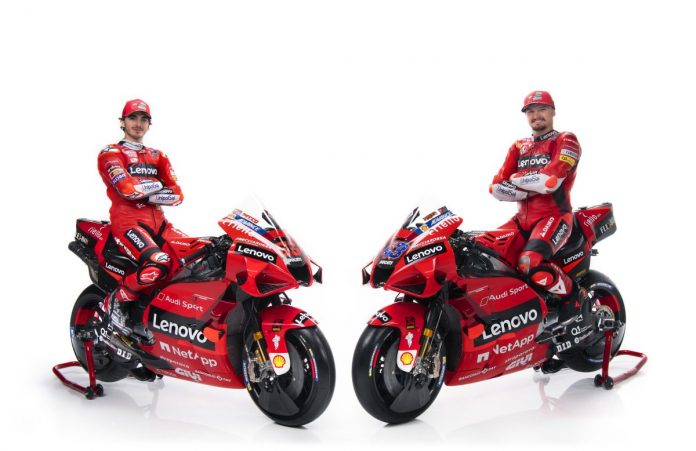 Ducati MotoGP has presented its 2021 factory Desmosedici during the team’s official presentation with Lenovo as title sponsor. 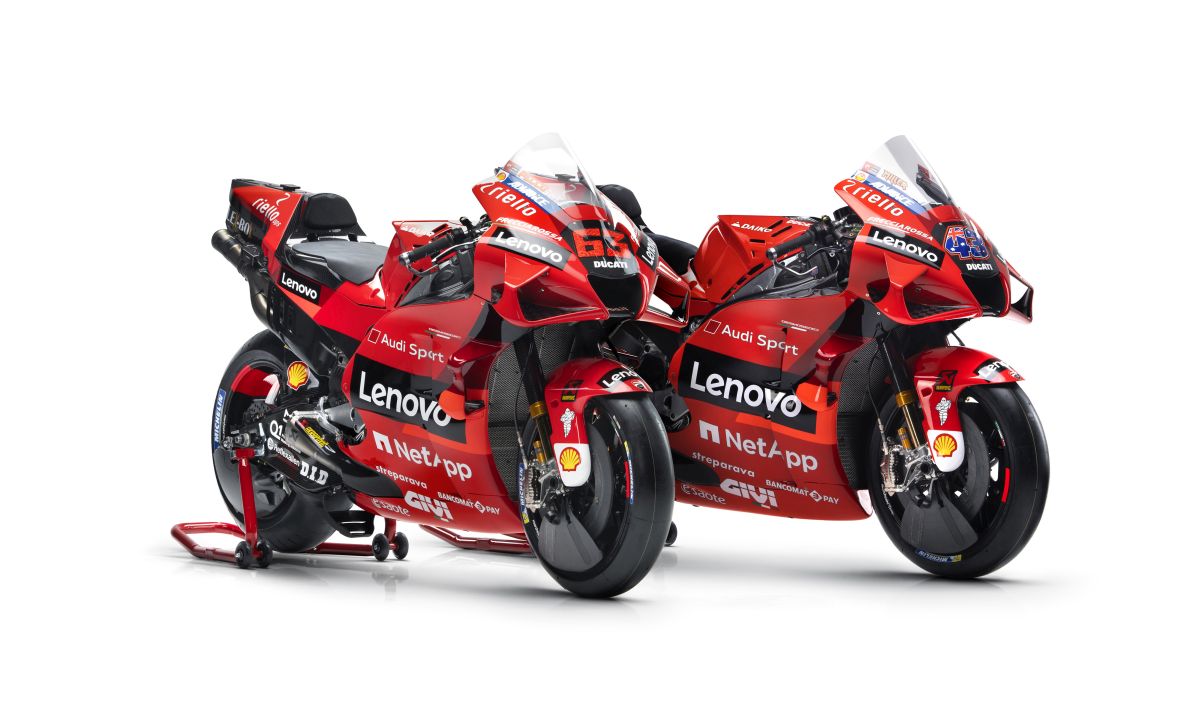 The GP21 features a more dominant red, including the now painted aero winglet, which was in standard carbon black displayed last season.

For 2021, Ducati once again fields six machines on the track, with Miller and Bagnaia leading the pack alongside Pramac’s Johann Zarco and Jorge Martin and Avintia’s Enea Bastianini and Luca Marini.

Bastianini and Marini will kickstart the 2021 season with the GP19. 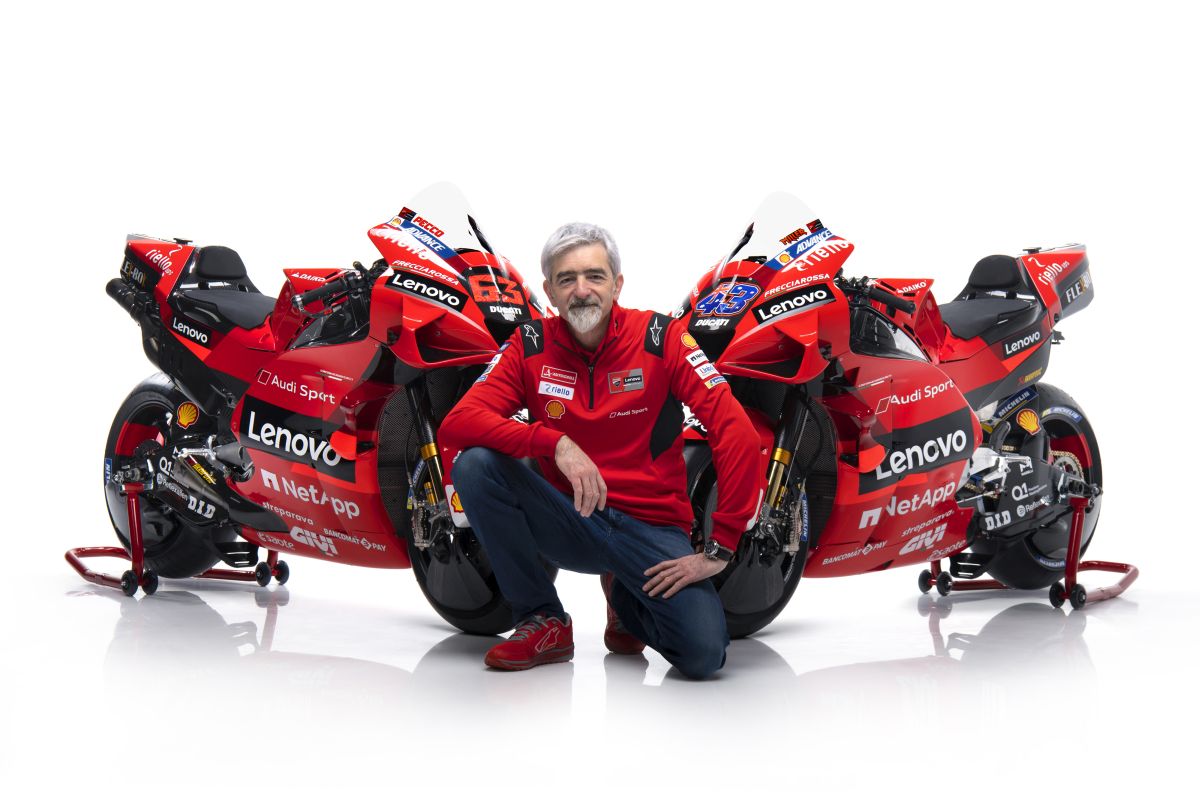 “The start of a new season is always a special moment, and this year even more, as we have a completely new team. We have two new riders with us, Jack Miller and Pecco Bagnaia. Both are extraordinarily talented, they’re young, but they already have a lot of experience on our bikes.

“Jack (Miller) and Pecco (Bagnaia) have great potential, and I think that together we can fight not only to defend the Constructors’ Title won in 2020, but we can also aim for the Riders’ Title,” he said. 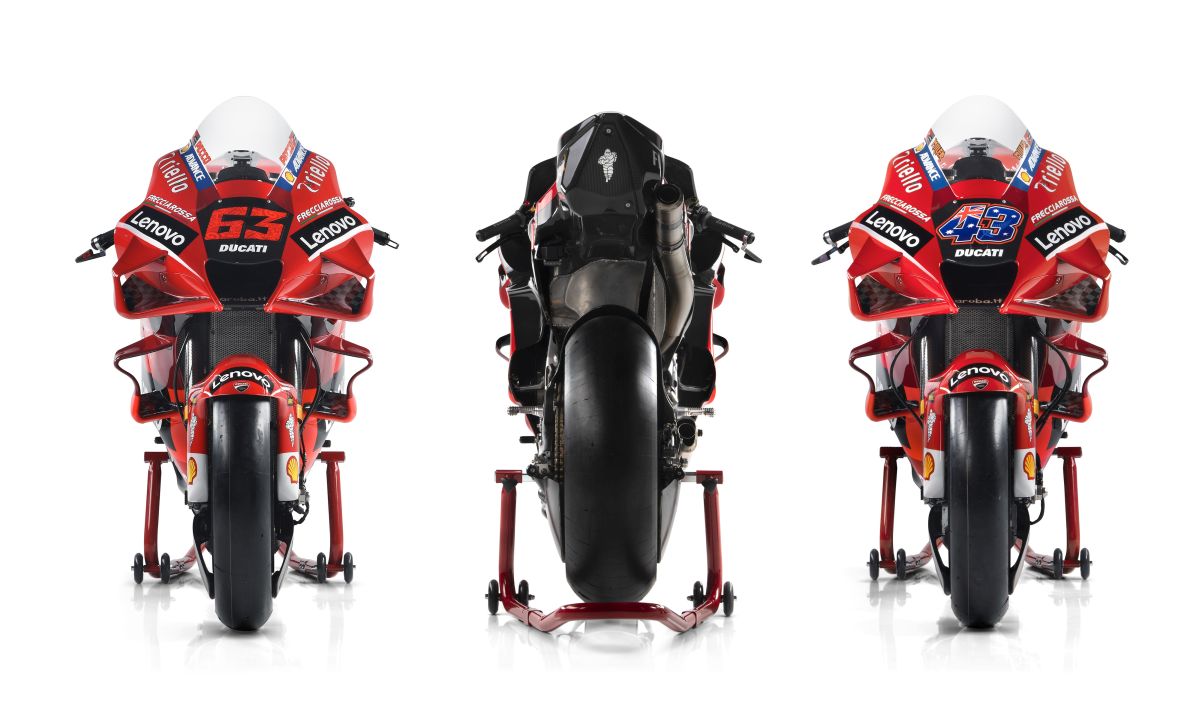 Meanwhile, Miller and Bagnaia could not contain their excitement after witnessing the GP21.

“The emotions I felt seeing my all-red Desmosedici and wearing my new suit for the first time were incredible! I still have to realize that I’ll be part of the official Ducati Team this year.

“It’s taken a long way to get this far, and finally being “in red” gives me a great sense of satisfaction, but also the right motivation to continue working with commitment and dedication towards my future goals,” Miller said.

“This will be a significant season for me because, for the first time, I’ll be wearing the colours of an official team. I’m proud to have achieved this first goal, and this year I will set my sight on even greater results,” explained Bagnaia.

Miller and Bagnaia will taste the new GP21 during the official pre-season testing in Qatar next month.