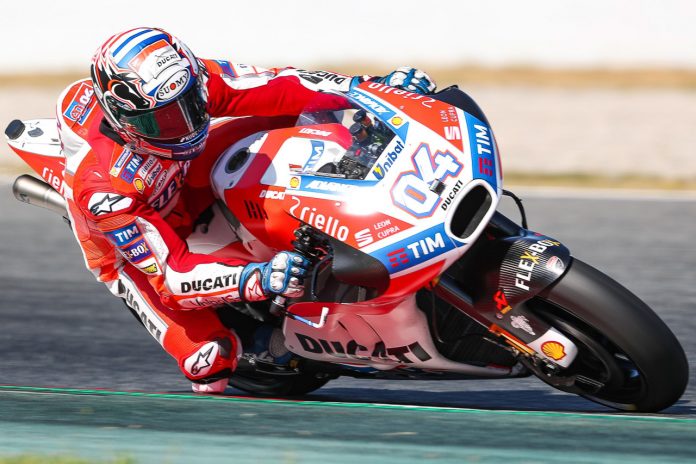 This win marks Ducati’s first ever back-to-back win since 2010 when MotoGP Legend Casey Stoner was racing with them. 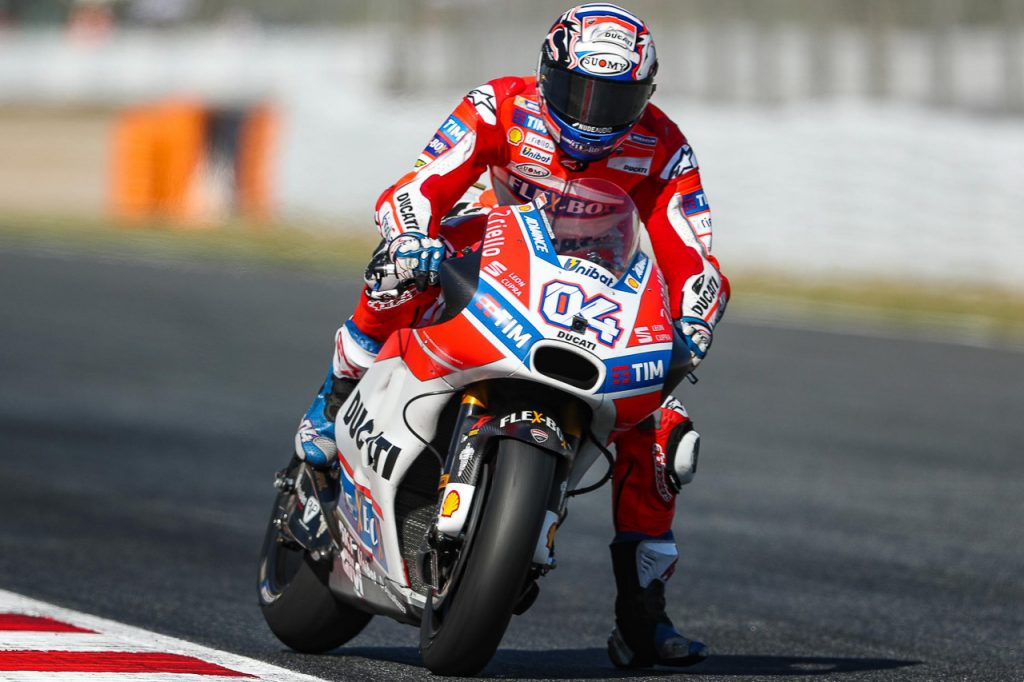 It was a weird, unpredictable yet amazing MotoGP race weekend over at Catalunya where Andrea Dovizioso crossed the line comfortably in first place for the second time in a row on board his Ducati Desmosedici GP17. This win for ‘DesmoDovi’ marks Ducati first ever back-to-back win for the giant red Italian manufacturer since 2010 when MotoGP Legend Casey Stoner was racing with them.

Best moment of the weekend: when you win and meet your euphoric team! #AD04 is on ? #CatalanGP #MotoGP #ForzaDucati #DucatiTeam pic.twitter.com/sUGIyzOqZx

Having qualified in seventh at the Barcelona circuit, it was proven that the almost all of the Ducatis in the field were showing signs off dominance clocking in fast times throughout the Free Practice sessions as well as qualifying. Even Dovi’s team mate, Jorge Lorenzo, managed to qualify in an incredible P2 considering the fact that Lorenzo recently stated that trying to adopt his riding style to the GP17 was ‘illogical’. 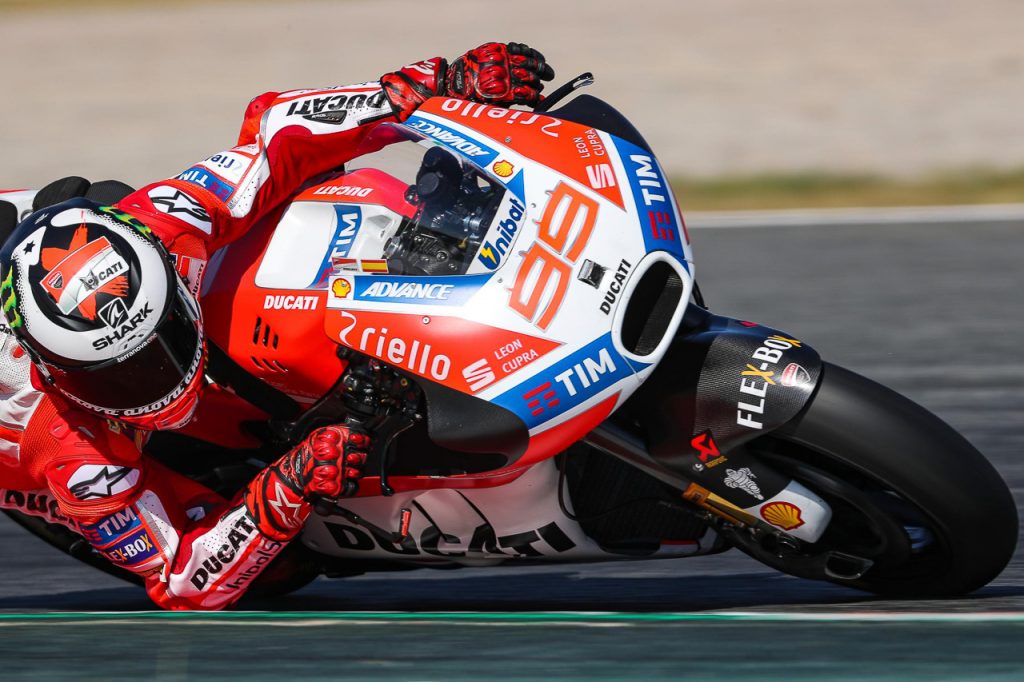 Lorenzo was leading the first part of the race comfortably before the overtake from Repsol Honda’s Dani Pedrosa messed with his rhythm dropping his position as far down as P10. Towards the end of the race, Lorenzo managed to recover which saw him crossing the line behind the Repsol Honda duo, Marc Marquez and Dani Pedrosa.

Dani Pedrosa also led a good part of the race before the Dovizioso’s amazing surge from behind. Towards the end of the race, it was clear that Dovizioso did not have to push his Ducati too hard to take the race lead away from Pedrosa. As Pedrosa was slowly losing his rhythm due to tyre wear, Marquez took the opportunity to cross the line in P2. 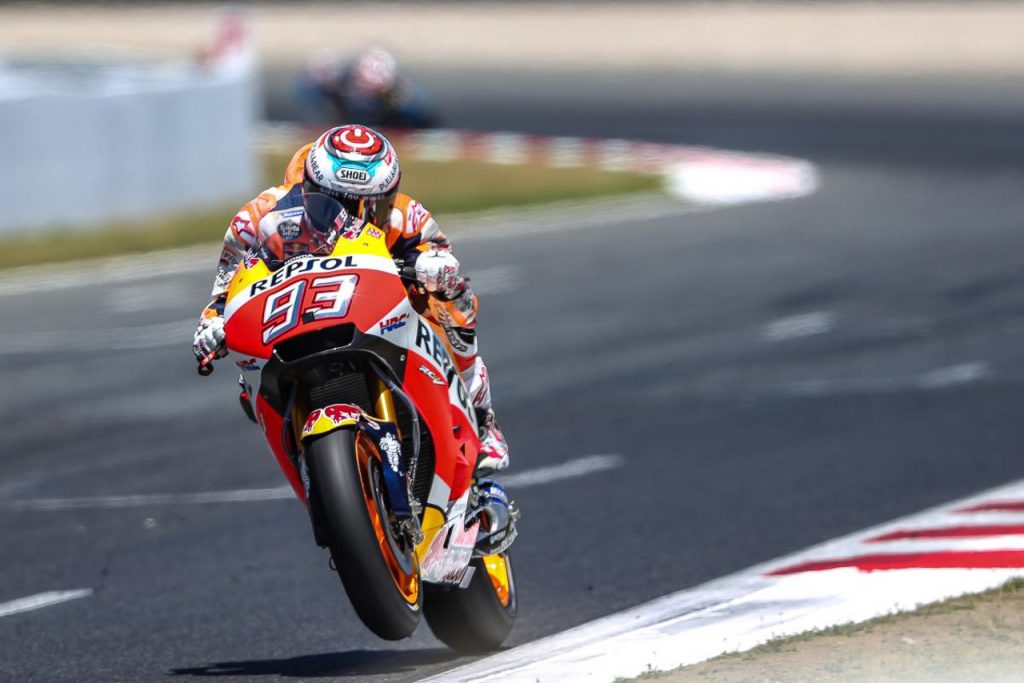 Finishing the race in second place was like a gift for Marquez considering that he had a very tough time throughout the weekend which caused him to crash five times. The second place finish helped the 2016 MotoGP World Champion in the overall championship points at third place with 88 points total.

The riders from Monster Yamaha Tech 3 also had something to celebrate yesterday with a race finish in fifth and sixth by Johann Zarco and Jonas Folger respectively. The MotoGP rookies were the highest scoring Yamahas in the race compared to the Movistar Yamaha MotoGP factory squad riders, Valentino Rossi and Maverick Vinales who finished the race in P8 and P10. 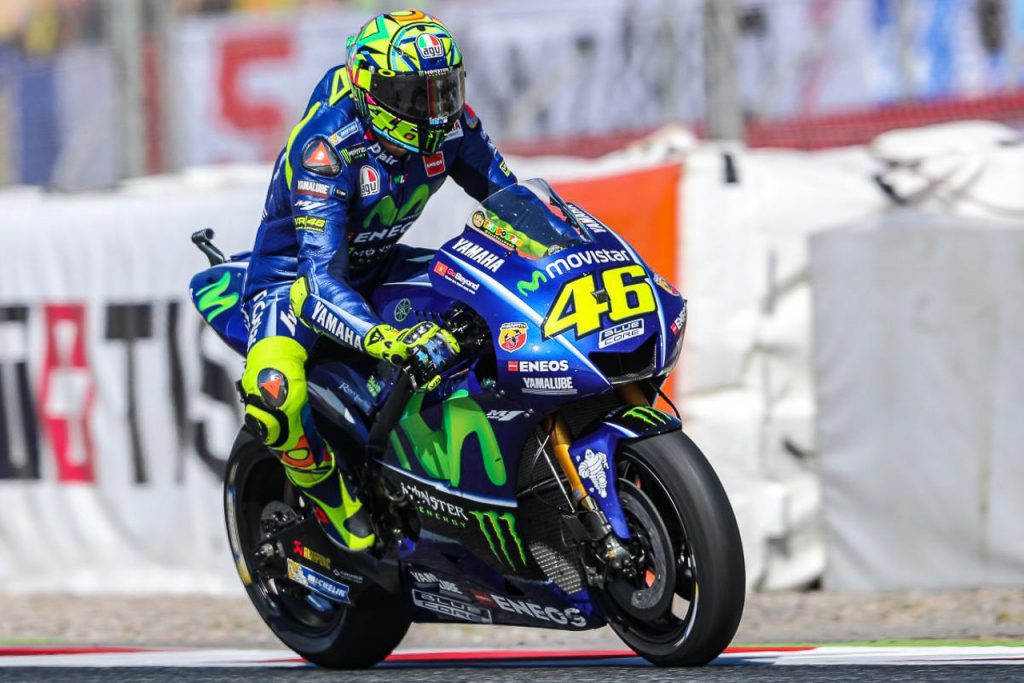 Alvaro Bautista (Pull&Bear Aspar Team) had a positive weekend with a race finish in P7 proving to the other factory riders that his Ducati Desmosedici is still very much competitive in 2017. Hector Barbera (Reale Avintia Racing) is the other Desmosedici rider to finish in the top ten having crossed the line in P9.

Here's your #MotoGP Championship standings after the latest round from Catalunya…

The entire MotoGP universe will head over to Motul TT Assen in the Netherlands for Round 8 at the legendary TT Circuit Assen on 25 Jun 2017. Will Andrea Dovizioso continue his race dominance and finally prove to the world that Ducati has what it takes to win the championship?