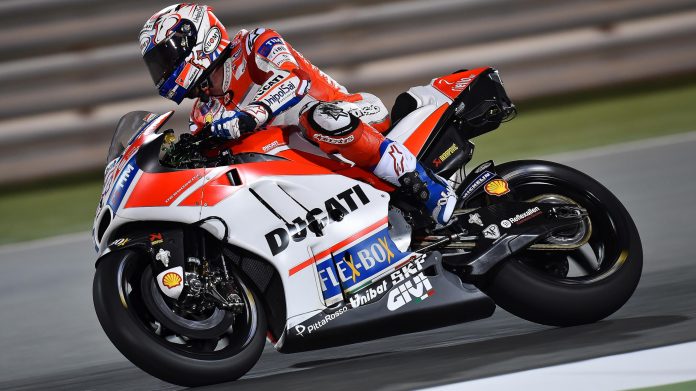 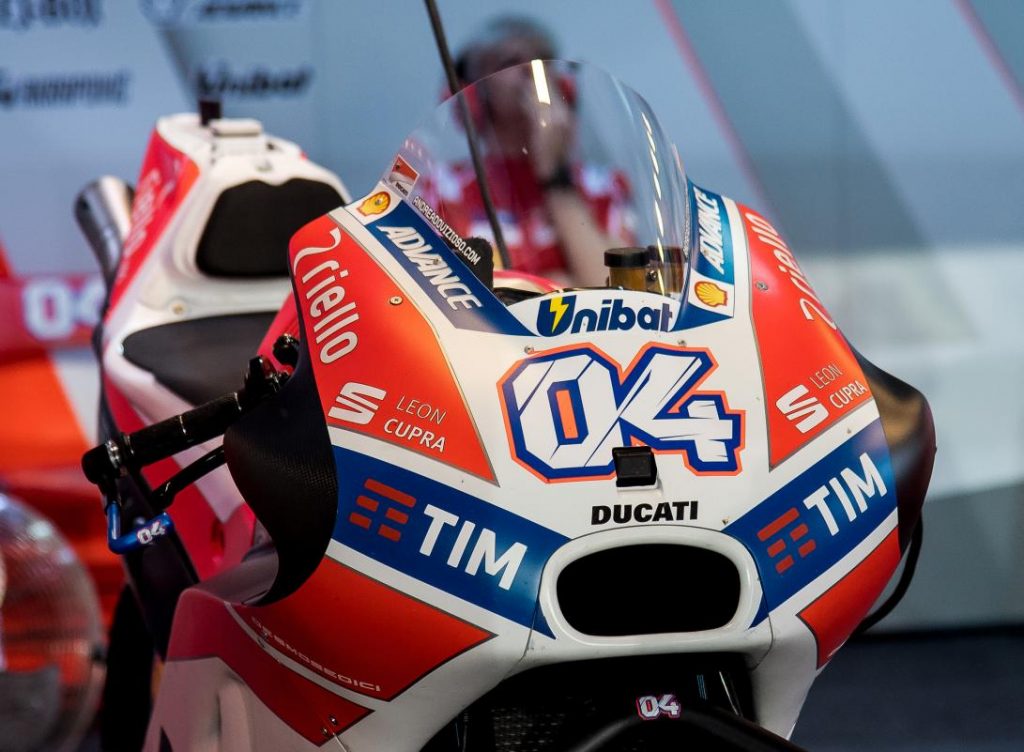 It was Andrea Dovizioso from the Ducati factory team who top the MotoGP timesheets in the last pre-season testing session before the first race of 2017 gets under way in Qatar. Having completed a total of 36 laps in the first day, the Italian smashed Lorenzo’s 2016 race lap record with a blistering time of 1:54.819 on his 26th lap. 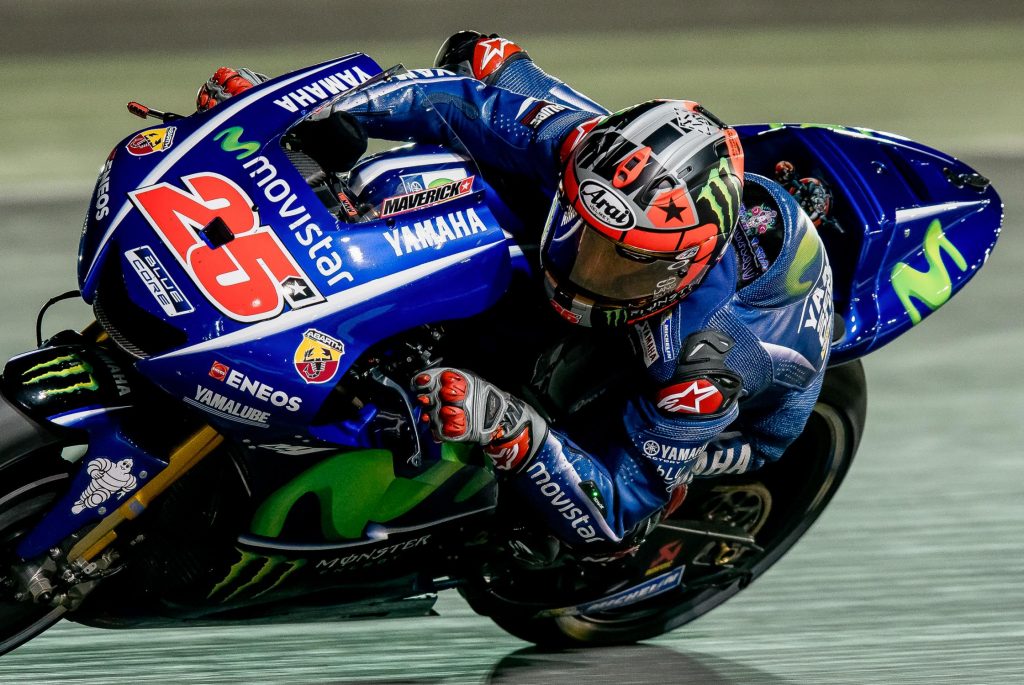 Not too far behind is the new Movistar Yamaha rider, Maverick Vinales. Having set the second fastest lap of the day (in this case, night), he set his best time of 1:55.179 on his 49th outing in the Losail International Circuit. Vinales was without a doubt the hardest working rider with 60 laps under his belt on his first day in the desert. 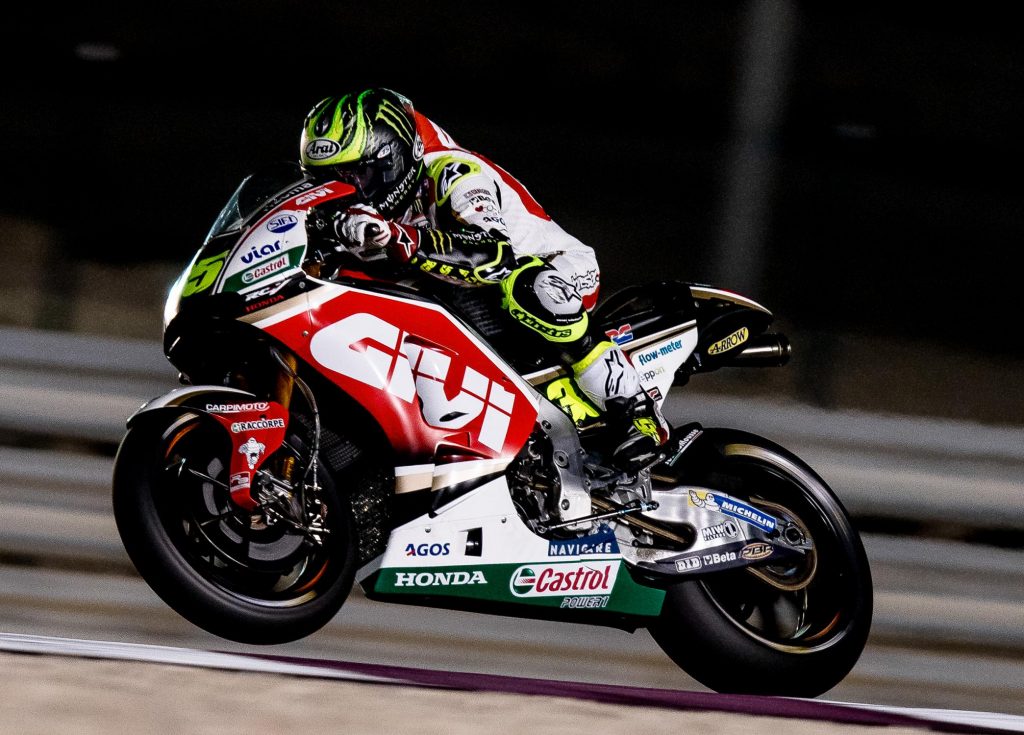 Brit rider Cal Crutchlow from LCR Honda outfit only managed to complete 28 laps around the circuit but on his final lap, he was only 0.601 seconds behind Dovizioso putting him in P3. With a time of 1:55.420, Crutchlow was only 0.241 behind Maverick Vinales. 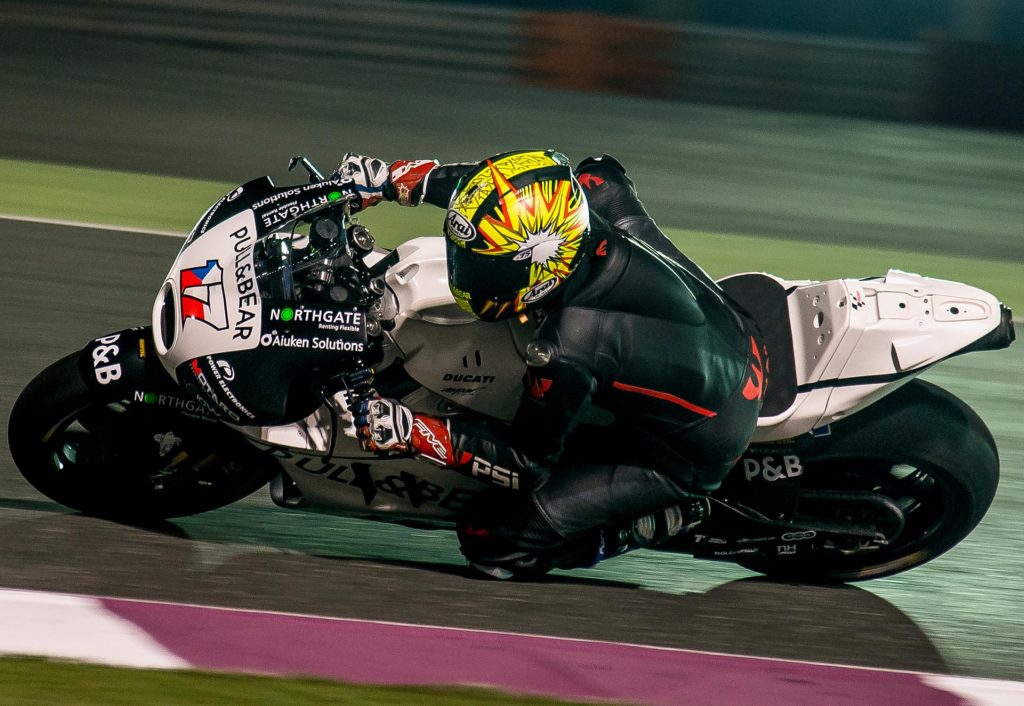 The most surprising rider of the day who ended up in the top 5 was Czech born Karel Abraham. The ex WorldSBK rider quickly got to grasp with his Ducati Desmosedici GP15, setting his fastest time of the day at 1:55.613 on his final 42nd lap around the track. The Pull&Bear Aspar rider was only 0.794 seconds behind Andrea Dovizioso. 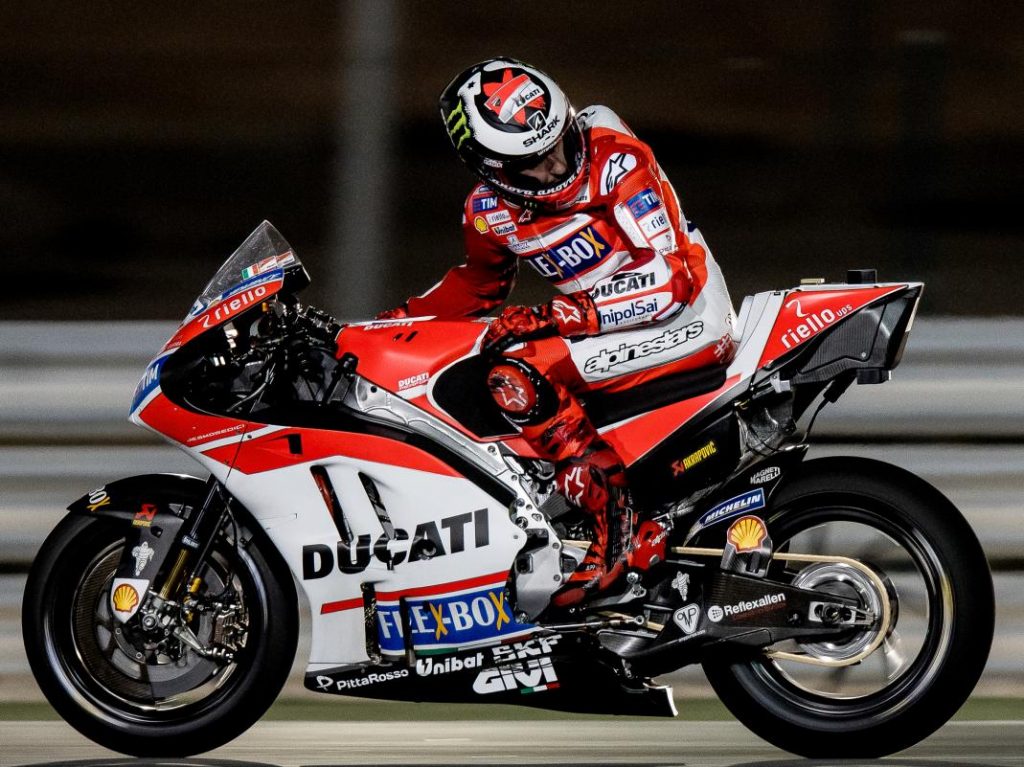 The other Ducati Team factory rider who happens to be a five-time World Champion, Jorge Lorenzo, felt more at home with the new Ducati Desmosedici GP17. Placing Fifth overall in the first day under the floodlights, it was apparent that the Spaniard is looking more and more comfortable on board the Ducati missile. 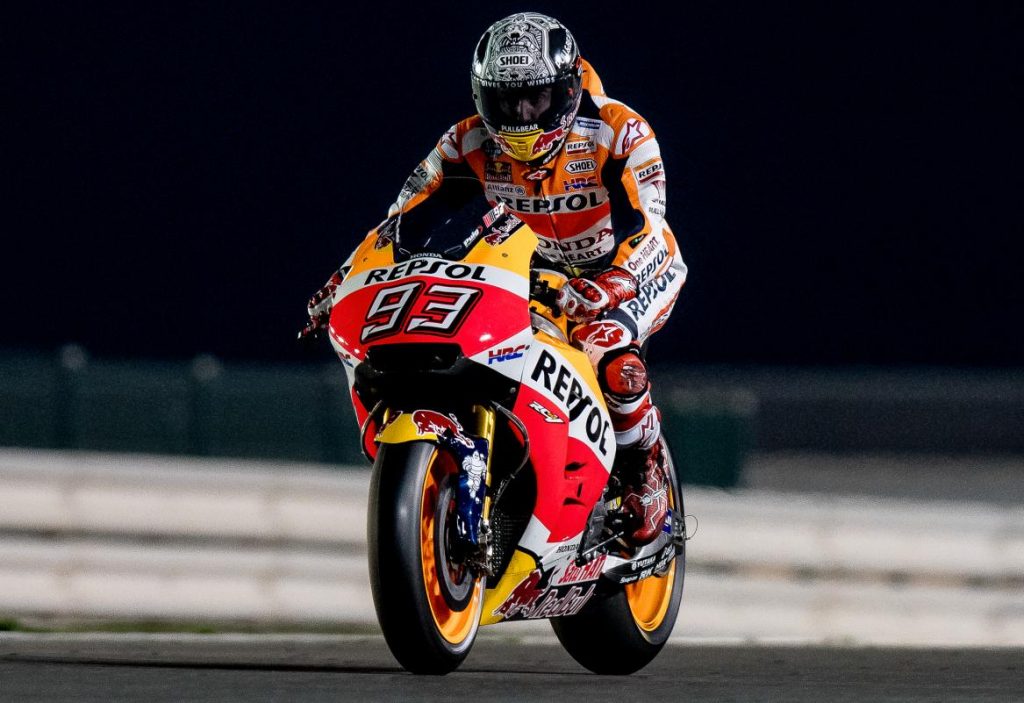 As for Marc Marquez, things were not as smooth as he would have hoped with two crashes in his first outing putting him in 12th position. The result of the crashes might have something to do with the Repsol Honda’s new aerodynamic fairing design being tested for the very first time on the RC213V. 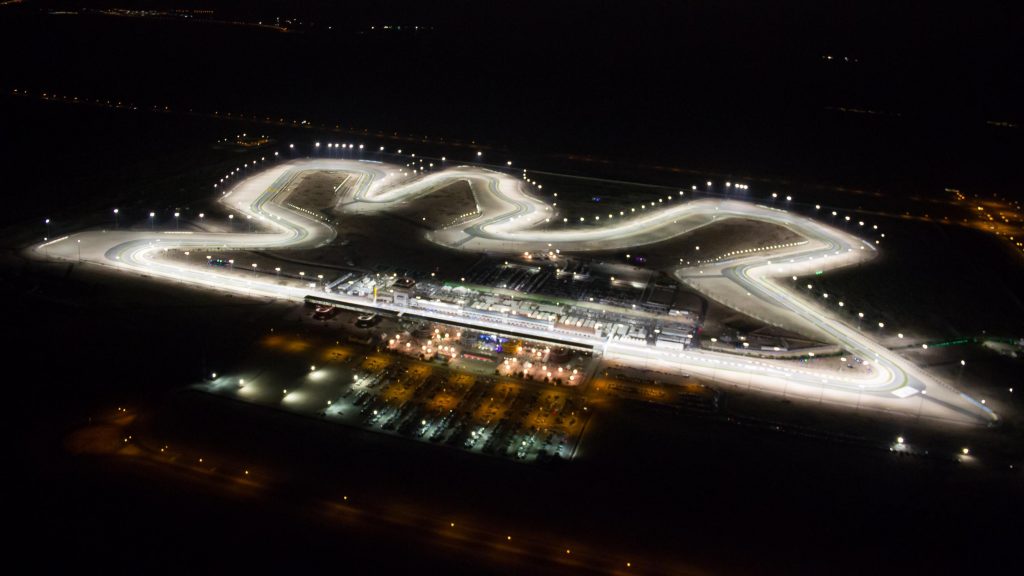 What we can gather from the first day of testing is that Honda has aero fairings in the midst of the Qatar test where as Ducati has not pulled out the big aero guns just yet. As for the other riders like Valentino Rossi and the rest of the field, it is still a bit early to tell but more information will be gathered in the next two days regarding their overall performance.