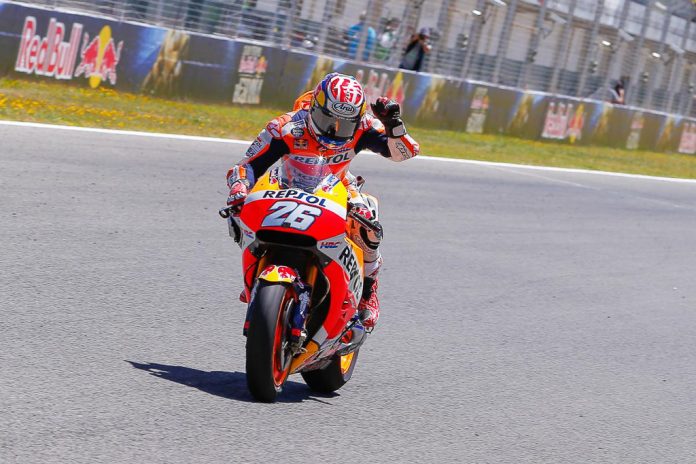 Jorge Lorenzo scored his first ever podium spot on board his Ducati Desmosedici GP17. 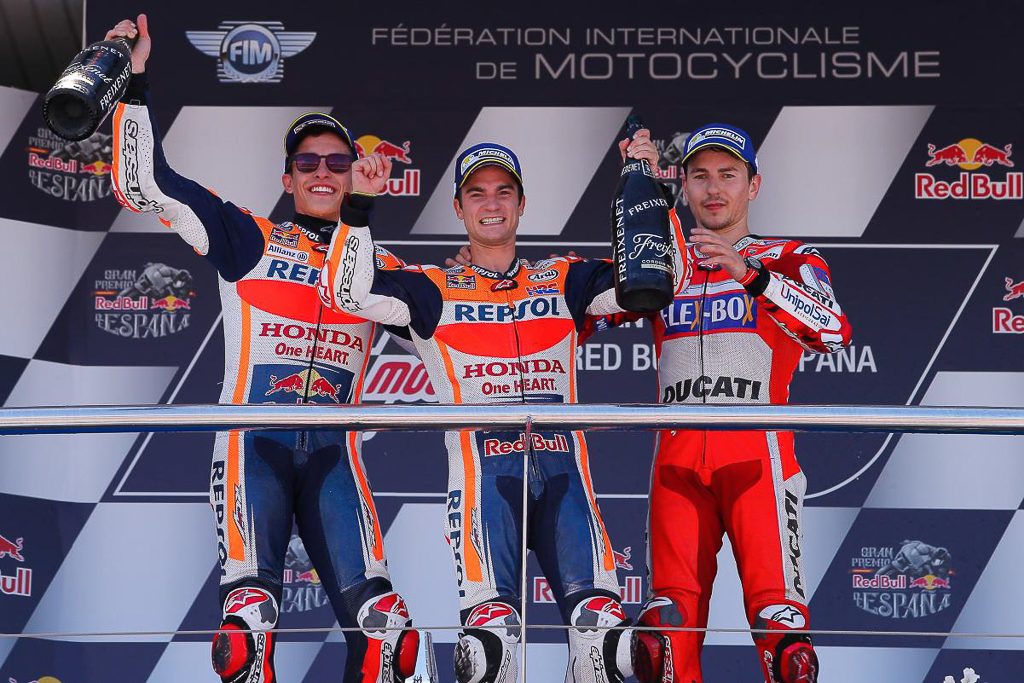 In a MotoGP full of crashes and drama, it was Dani Pedrosa of Repsol Honda who pulled a stunning textbook win at the legendary Jerez circuit in Spain yesterday for the Gran Premio Red Bull de España. Pedrosa who started from pole position blasted down the first turn and never looked back while the scene at the back went through a lot of action. 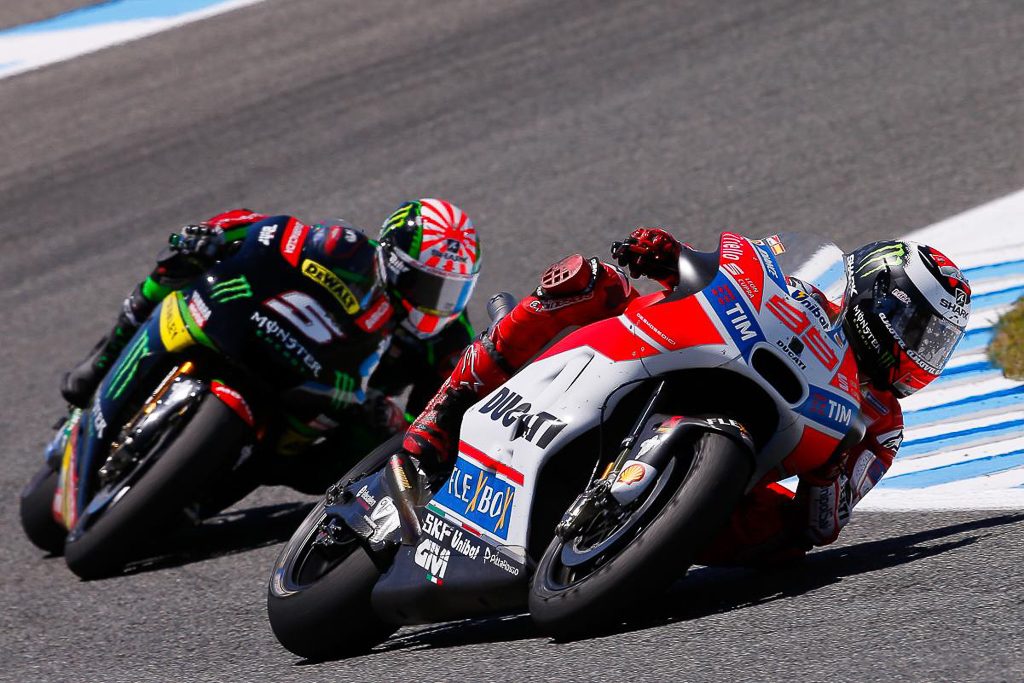 Johann Zarco (Monster Yamaha Tech 3) who started from sixth quickly went through the top group with an eye of chasing the group leader, Pedrosa. With an early advantage using the medium tyres setup, Zarco got the best out the likes of Valentino Rossi (Movistar Yamaha MotoGP), Andrea Iannone (Team SUZUKI ECSTAR) and even Marc Marquez (Repsol Honda). 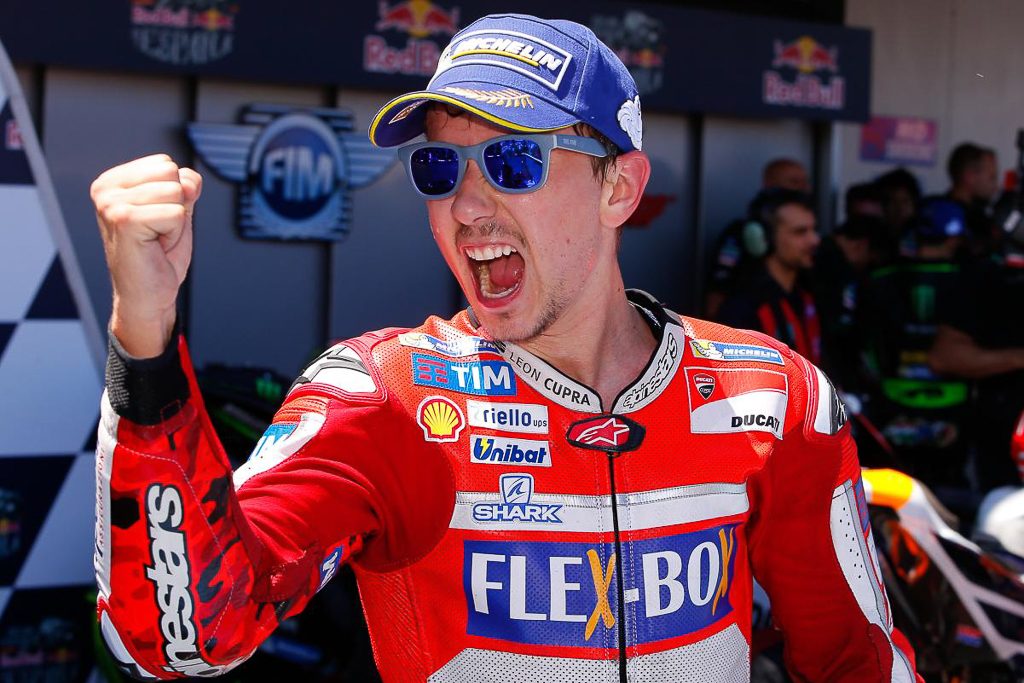 As Zarco’s tyres slowly dropped due to his early stint in the beginning of the race, Marquez regained second position while Jorge Lorenzo slowly made his way up the order and chased down Zarco for the final podium spot. Lorenzo finally made it to podium when he crossed the finish line three seconds of Zarco in fourth. 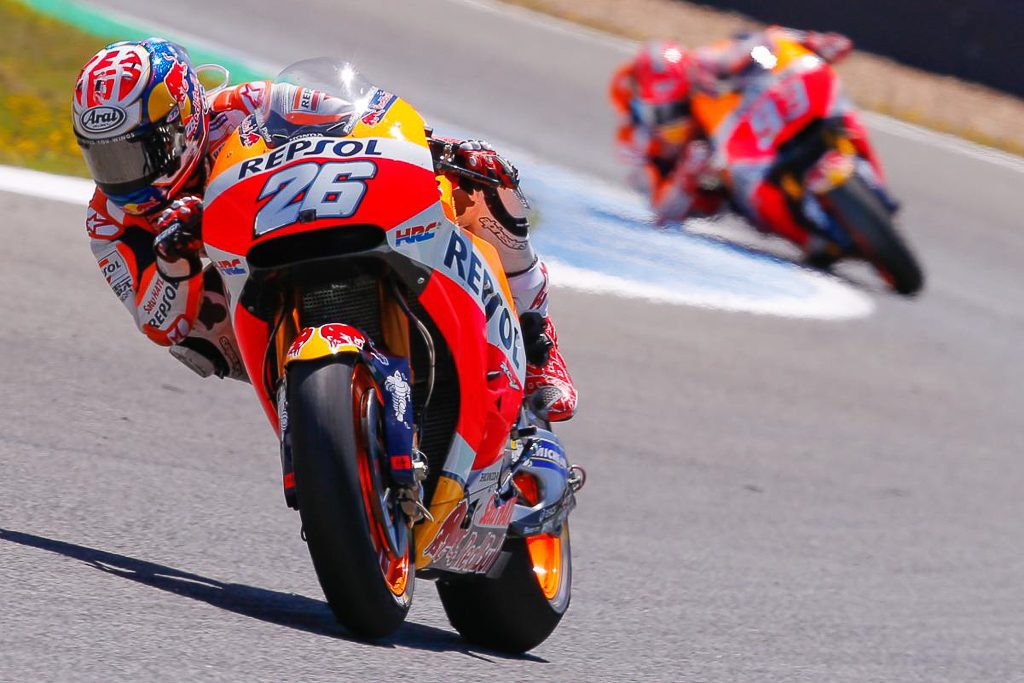 Towards the last 10 laps of the race, it looked like Marquez was edging closer and closer to his compatriot as he ran the hard options tyres as compared to Pedrosa who opted for the medium rear. To no avail, Pedrosa was too smooth in his riding that he preserved his tyres well until the chequered flag was waved. 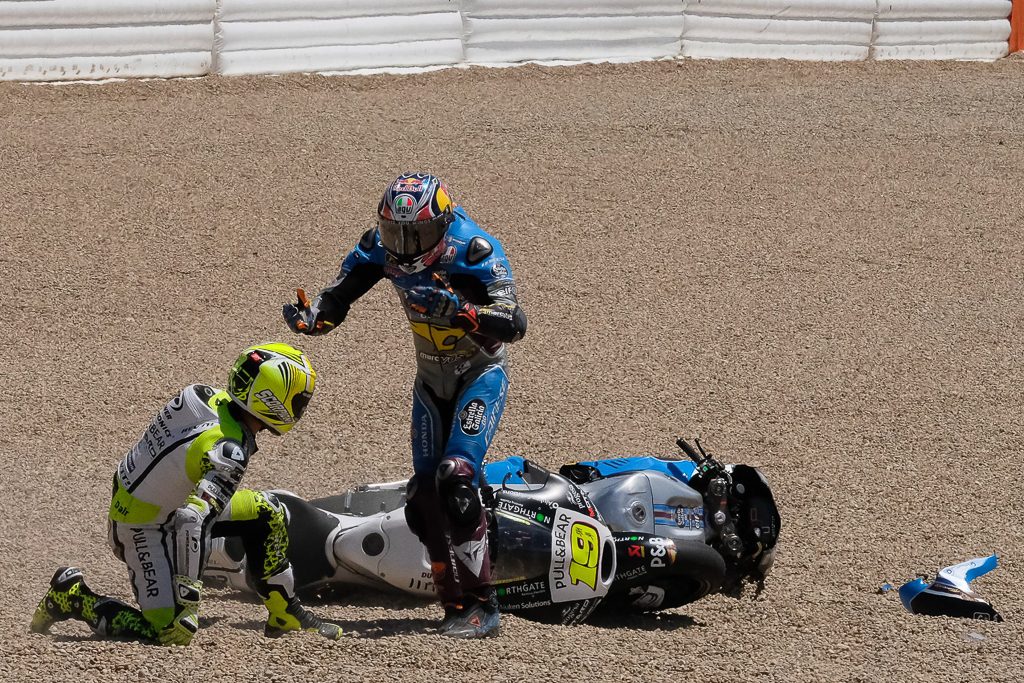 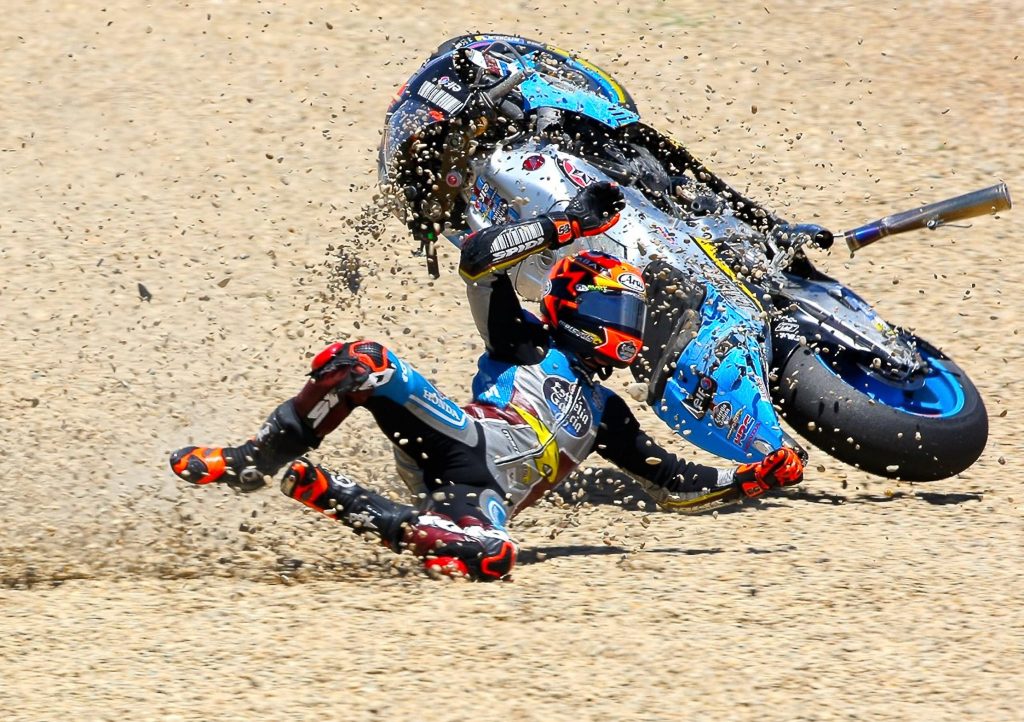 Andrea Dovizioso (Ducati Team) managed to nurse his Desmosedici GP17 to fifth just ahead of Maverick Vinales (Movistar Yamaha MotoGP) who finished in sixth just half a second ahead of OCTO Pramac racing rider, Danilo Petrucci. 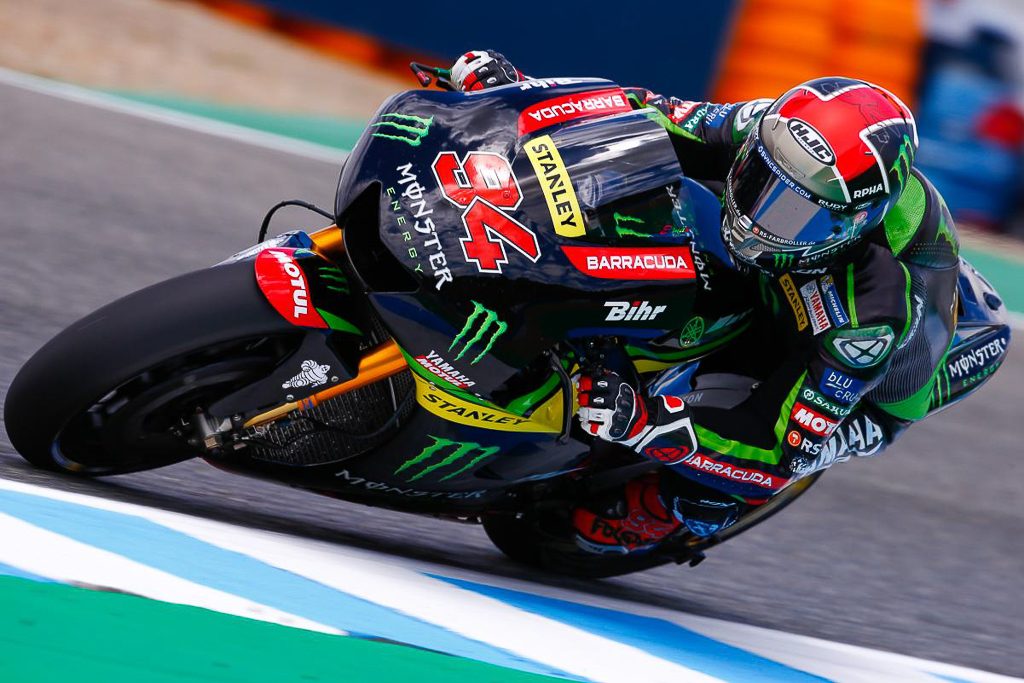 Another rookie from the Monster Yamaha Tech 3 squad, Jonas Folger, finished in P8 ahead of Aleix Espargaro (Aprilia Racing Team Gresini) and Valentino Rossi who was clearly facing difficulties with the overall setup on his Yamaha M1. 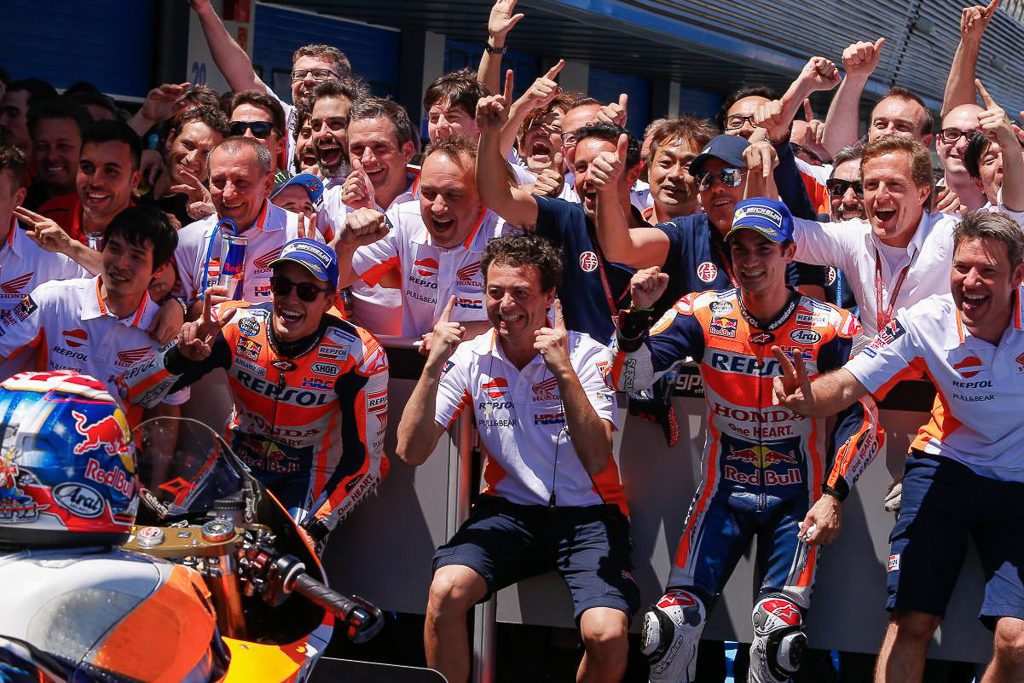 With the results of yesterday race, the riders will head to France for the HJC Helmets Grand Prix de France at Le Mans in two weeks time with Valentino Rossi still on top of the standings with 62 points, Maverick Vinales in second with 60 points, Marc Marquez with 58 points and Dani Pedrosa with 52 points. Currently, the top four riders are separated by just 10 points between them.