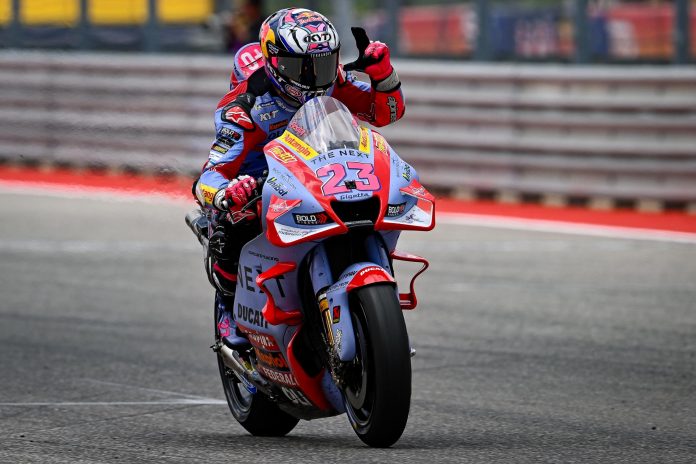 Gresini Racing’s Enea Bastianini claims second win of the season in Texas and reclaims the lead in MotoGP title race.

Round 4 of the 2022 MotoGP season concluded on high last weekend for satellite Ducati outfit Gresini Racing. The team’s lead rider, Enea Bastianini claimed a sensational victory aboard his Ducati Desmosedici GP21 satellite machinery at the Circuit of The Americas, Austin Texas.

Through his prowess in strategy and tyre preservation, 24-year-old Bastianini stood atop of the podium after winning the 20-lap battle. Bastianini took the chequered flag with a comfortable gap of 2.058 seconds ahead of Team Suzuki Ecstar rider Alex Rin in second, and 2.312 seconds ahead of factory Ducati rider Jack Miller in third. 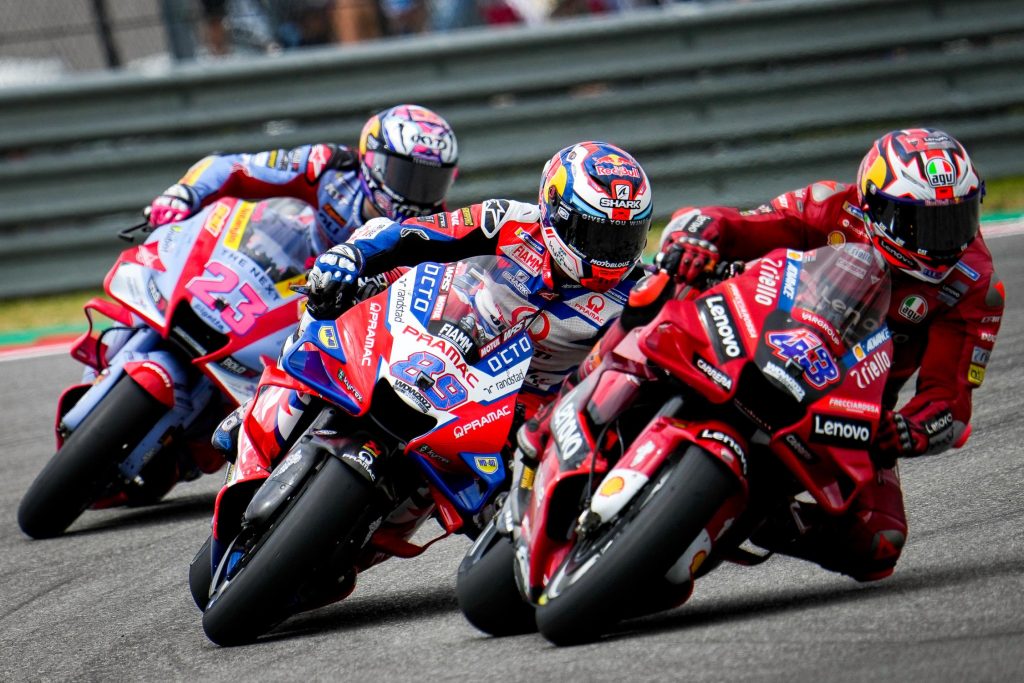 The win didn’t come easily for Bastianini who started from the second row on the grid in fifth position. He only began pushing for the win on Lap 12 after blasting past Pramac Racing’s Jorge Martin who was aboard a newer 2022-spec satellite Ducati to move up into second position.

After which, Bastianini proceed chase down factory Ducati rider Jack Miller for the lead, which he did shortly after with a swift overtake on the Australian at Turn 12 on Lap 16. Having preserved his tyres, Bastianini had enough to push further and claimed a sensational win. 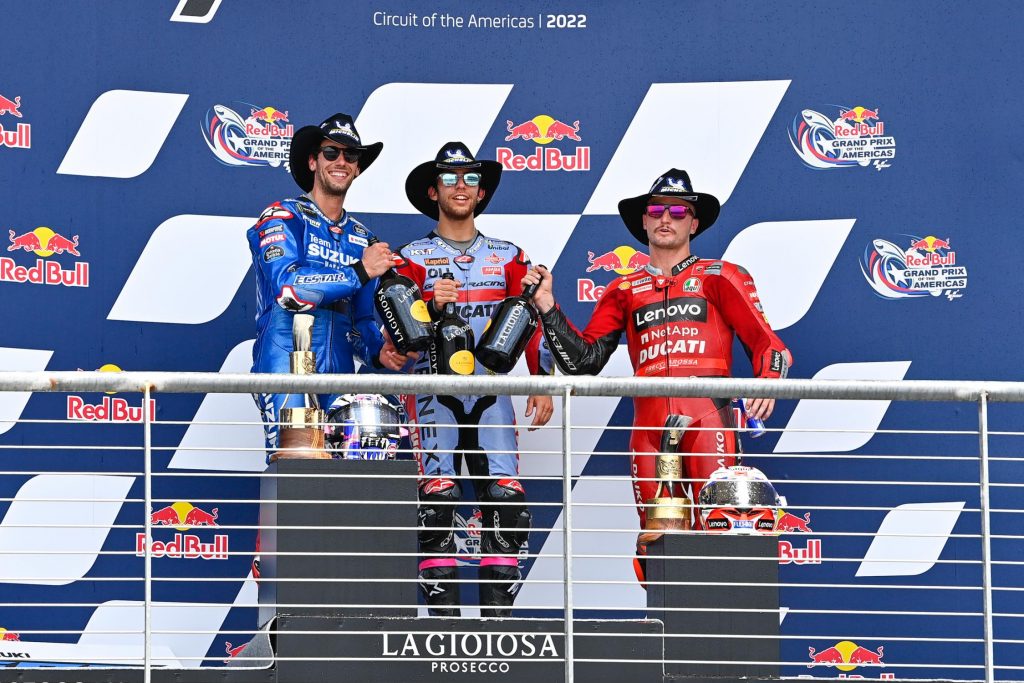 This is the Italian’s second premier class victory this season – and his career too – which sees him score enough points to reclaim the lead in the rider’s championship standings. He now leads this year’s title race with his tally of 61 points after four races. 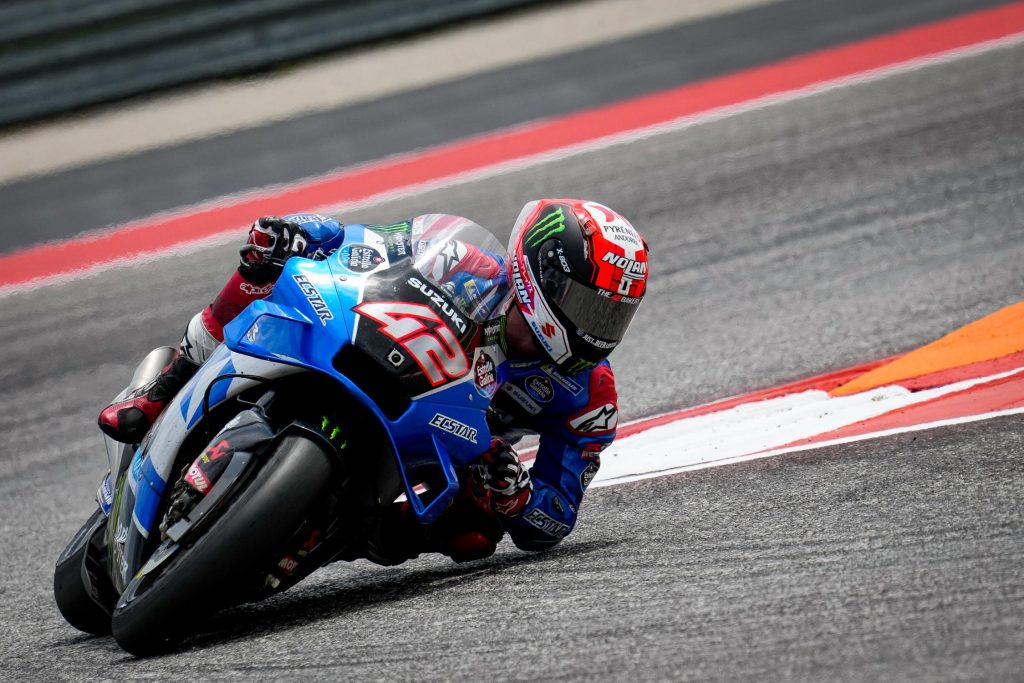 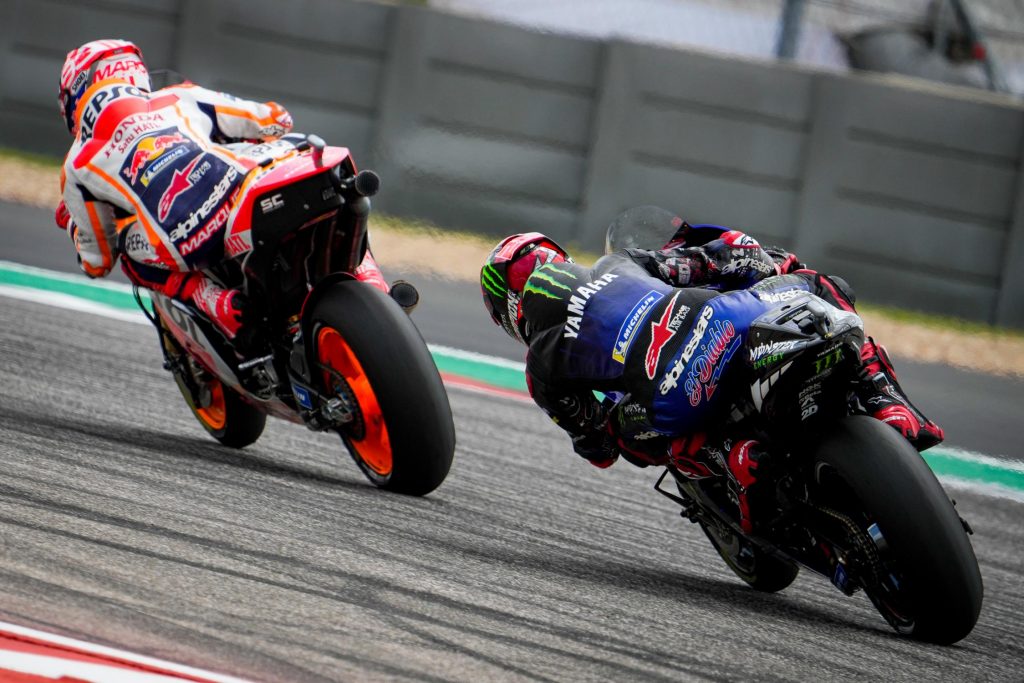 Besides the fierce competition action up front, all eyes were also trained on the reputed ‘King of COTA’, Marc Marquez. Having returned from injury, the Spaniard wasn’t able to defend his near-perfect record at said venue following a botched start from ninth on the grid.

Nevertheless, despite dropping down the order right into last position, the Repsol Honda rider still proved he was still a formidable competitor as he heroically climbed up the order lap after lap. By race’s end, Marquez’s salvage attempt proved fruitful as he finished a respectable sixth.

As for his title hopes, things remain slim for now. He currently ranks 13th in the standings with just 21 points collected after four races, of which he was forced to miss two following his recent bout of double-vision.

With its season-opening series of four flyaway races now concluded, MotoGP will now shift towards European venues for the next 12 rounds before the next set of flyaway races that starts with Twin Ring Motegi, Japan in late September.